As every year, we’ll be celebrating the U.S. Independence Day and the French Bastille Day in July. And, as every year, we’re planning to release interesting American-themed and French-themed assets. We’ve prepared two kick-ass skins for you but before we show them, we’d like to tell you more about two historical camouflages we’ll also be releasing for the occasion. Let’s start with the Americans – here, we’re working on the Dual-Tex camouflage. 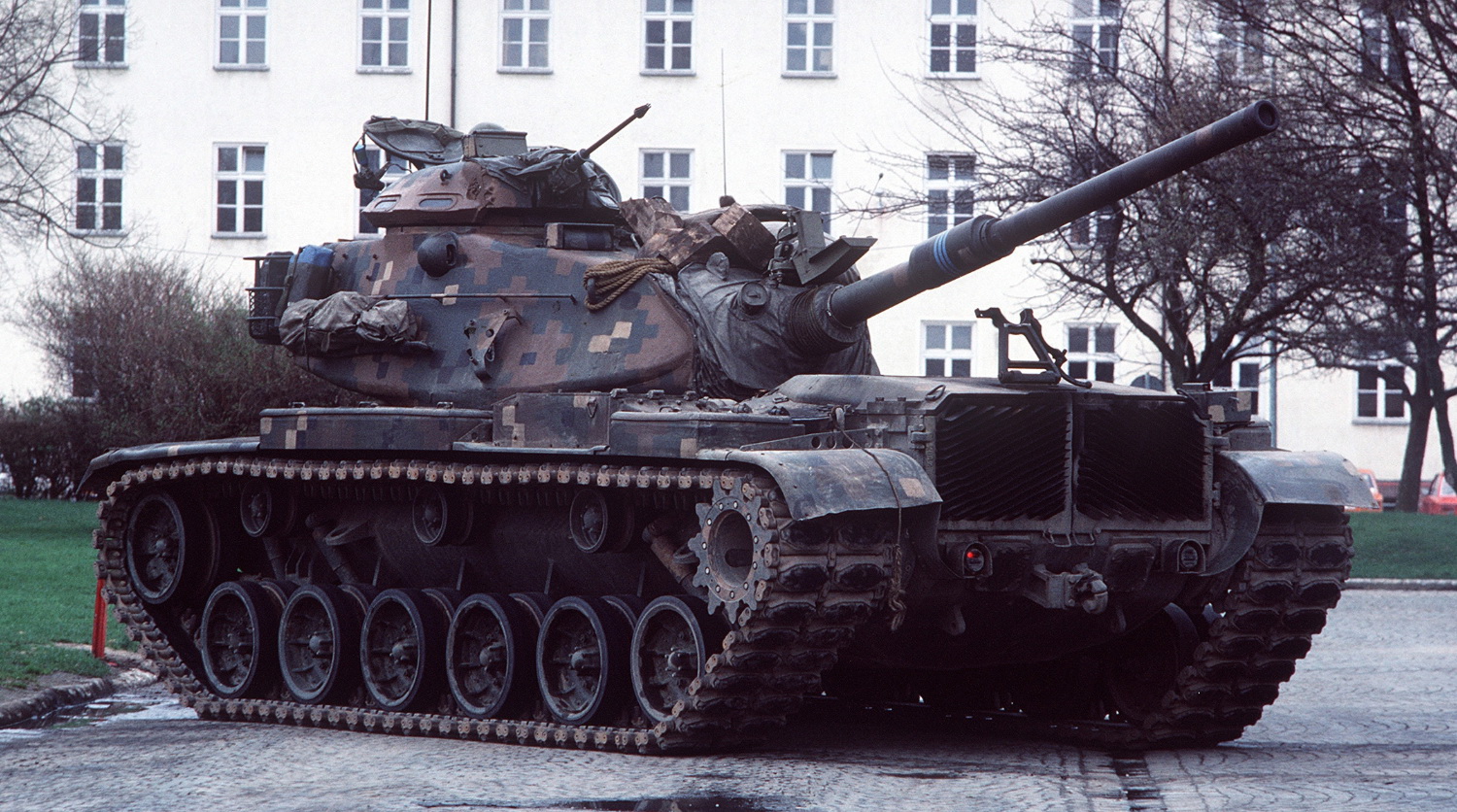 Dual-Tex is an abbreviation of the words Dual Texture Gradient. In short, this is a very early American version of the now common digital camouflage pattern. It was an experimental camouflage developed in the late 1970s by Lt. Col. Timothy O’Neill and used by the U.S. forces in Europe (specifically the 2nd Armored Cavalry Regiment) between 1979 and the adoption of the universal NATO three-tone camouflage in 1986. 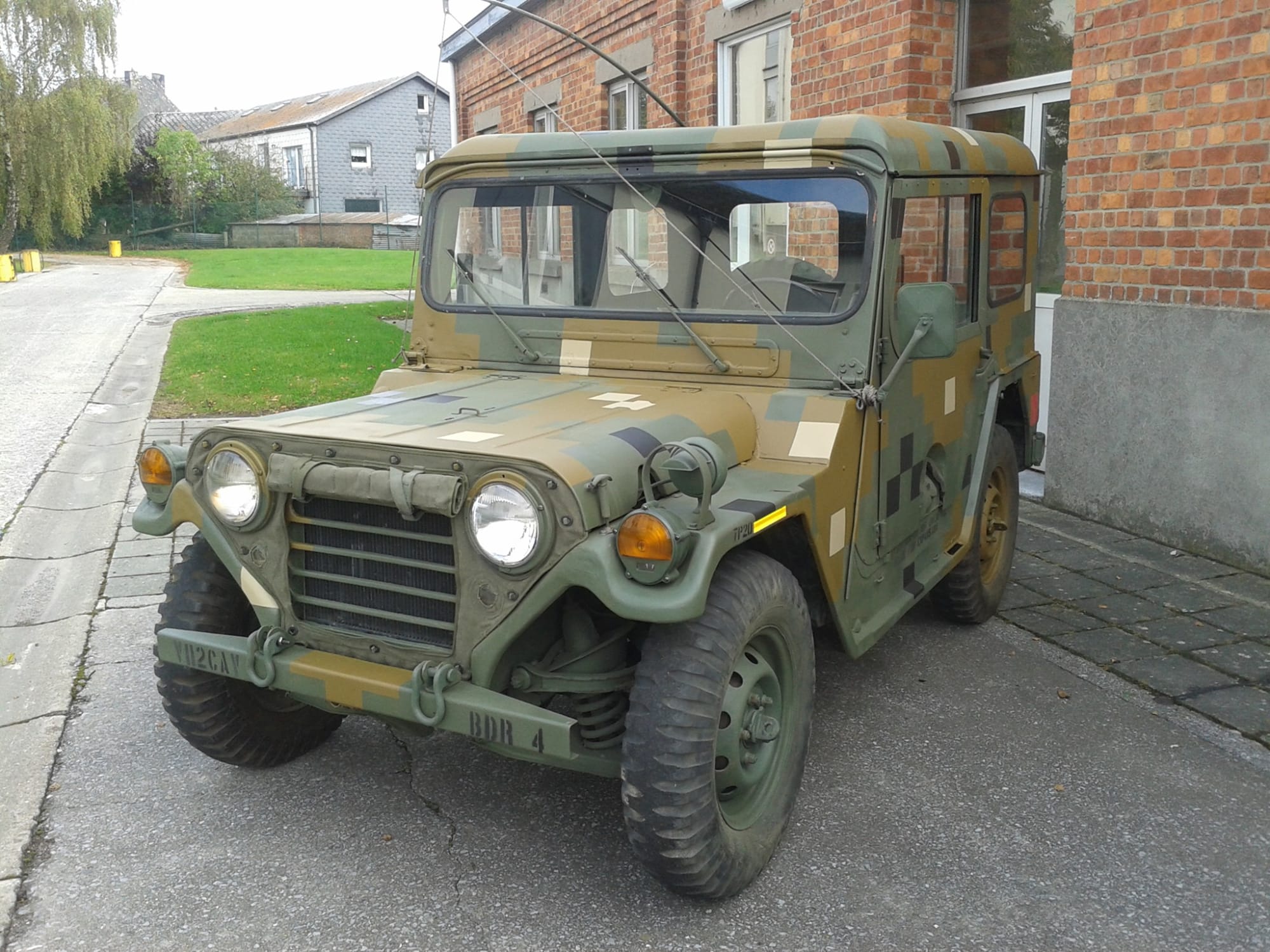 For its time, the concept was nothing short of revolutionary and was a result of a research into the way the human eye operates. At the time, the MERDC camouflage was still in use. Timothy O’Neill took the same colors but instead of organic shapes, he used 4 inch (10cm) squares. These were organized into two layers (hence the name, two textures) – at long ranges, the camouflage worked the same as the MERDC pattern. However, at short ranges (or through the scope of a gun, or cannon optics), the pattern “broke” into a secondary one. 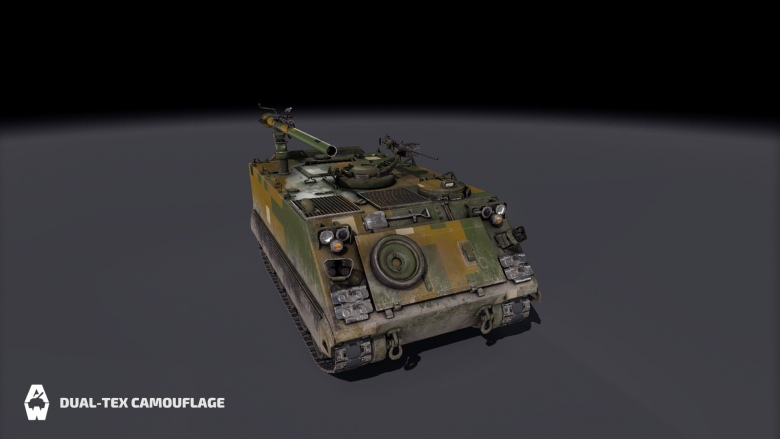 According to one study, this camouflage was 50% to 100% more effective than the MERDC pattern in use by then. The obvious question would be – why did it disappear? The answer is an odd one, but logical in the context of the era. Simply put, adding small squares of woodland colors to a vehicle is counter-intuitive to what a layman would imagine as effective camouflage. In other words, the idea was too outlandish for conservative military staff to accept. Lt. Col. O’Neill retired in 1991 and for a while, his research seemed to have been forgotten. 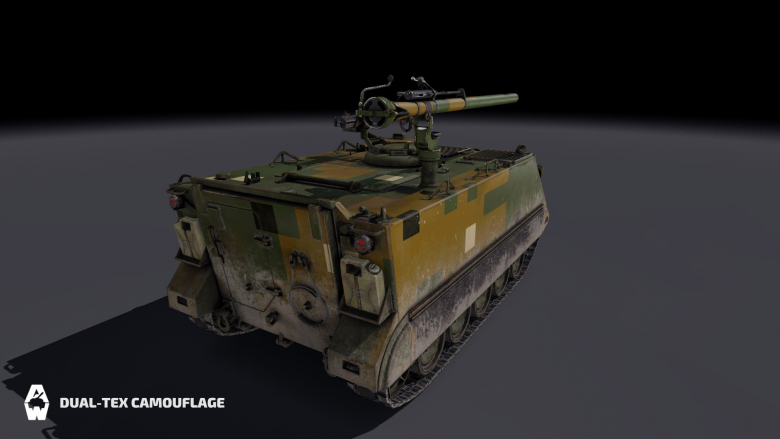 Only in the recent two decades has it returned in the form of various camouflages of this. Especially the Chinese are using digital-type camouflages on their armored vehicles en-masse and modern camouflage research utilizes O’Neill’s research to this day, a testament to the quality of his work. The Dual-Tex camouflage in the game is based on a restored Jeep painted in this fashion rather than the old photographs to make sure the colors are correct and as usual, it’ll be available for all environments. 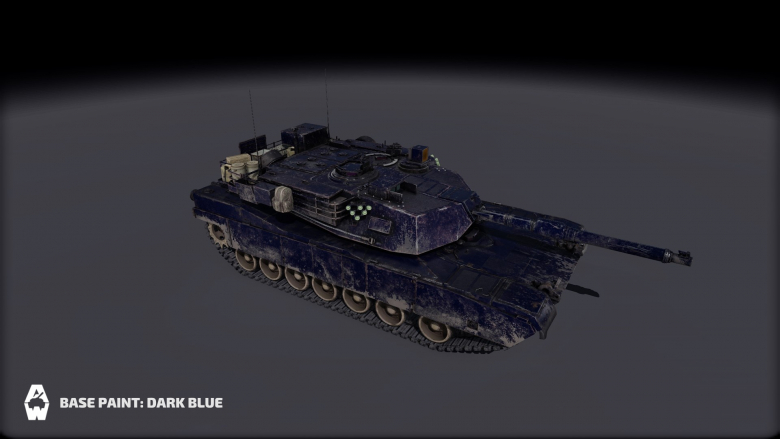 As for the other American assets, we’ll be introducing a dark blue base paint simply because that’s a color that’s been missing for a while, as well as the flags (in the form of banners and decals) of several states, a skin for the T249 Vigilante and a player title “Anti-Aircraft Gunner” to match the skin.