As you may already know, on September 29, we are planning to launch an in-game event celebrating another Armored Warfare anniversary. The event is called Riders on the Storm and its main prize will be the M60A3 SLEP Tier 6 Premium MBT (which we’ll tell you more about later) along with a semi-historical skin for it, but other prizes will be obtainable as well, including this article’s topic – the U.S. Vietnam War camouflage. 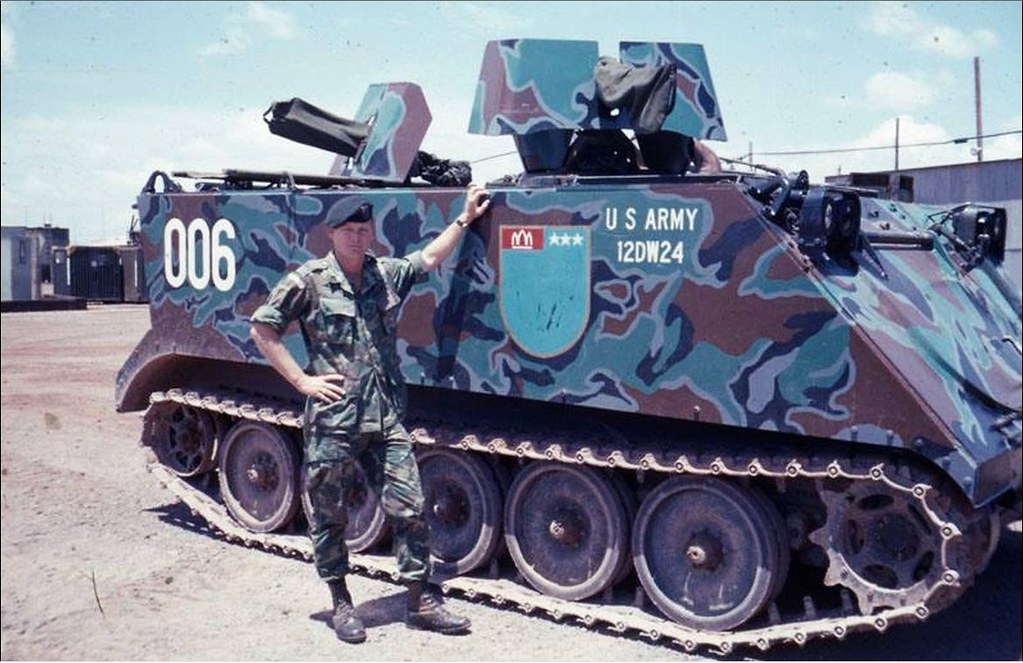 During the Vietnam War, the United States Army did not use a standardized set of camouflages. Most vehicles were painted in dark green and khaki colors but the exact shade of those was (likely contrary to what the manuals said) not exactly standardized either. That doesn’t mean, however, that the U.S. wartime vehicles weren’t ever camouflaged. Various patterns unique to specific units or even individual vehicles were fairly common. 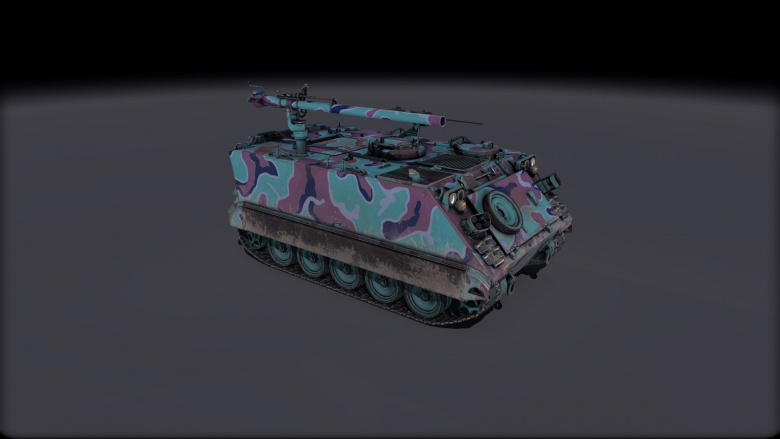 For the upcoming event, we chose one of the most attractive patterns we could find. The history behind it is, unfortunately, very hazy. Only one photo of it is available and the M113 on it belongs to an unknown unit. Unverified internet sources claim the M113 belonged to the F Company, 1st Battalion of the 50th Infantry Regiment, which was active in Vietnam between December 1967 and January 1969 as a LRP special operations unit (long-range reconnaissance patrol, a precursor of U.S. Rangers). 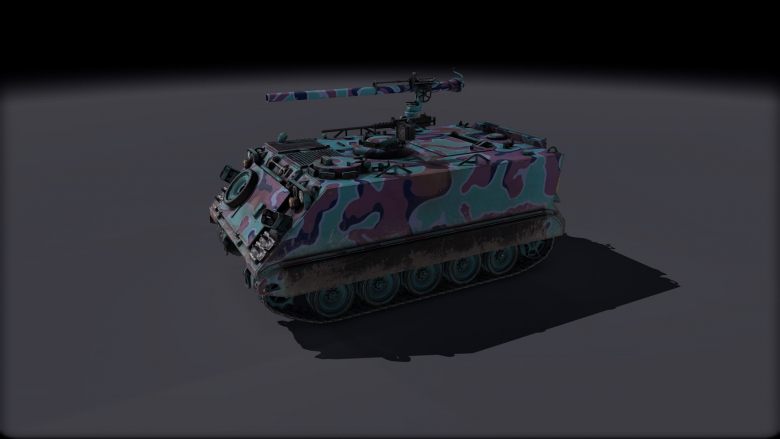 SpecOps units were (and still are) known not only for their unorthodox weaponry and tactics, but also for the use of unusual camouflages and paint jobs, so this one does seem to fit the profile and despite the pattern clearly being designed for jungle concealment, you’ll be able to use it in any environment that and on any vehicle that allows you to do so.

But if you’re more into more traditional paintjobs and are interested in making your lower Tier vehicles historically accurate, we have something for you as well. One of the prizes of the abovementioned event will be a new base paint called Vietnam War Khaki.

The color is based on the dark green paint used by the U.S. forces deployed in Vietnam. The shade we chose will be a dark one, matching that of an M48 tank that can be seen in the War Remnants Museum in the Ho Chi Minh City (formerly known as Saigon).

We hope that you’ll enjoy these prizes and, as always:

Learn more about the upcoming historical skin for the T-90MS Tier 9 MBT that will be available soon in Armored Warfare!