Today, we’re going to take a look at another historical camouflage that will be available for free this month. We’re going to be referring to it as Soviet forest camouflage.

The camouflage in the game is based on a photo of T-80BV tanks of the “Western Group of Forces” (the Soviet troops stationed in East Germany) leaving the country. The photo was taken at the Berlin-Adlershof cargo railway station in 1994 and the vehicles likely belonged to the 6th Separate Guards Motor Rifle Brigade (specifically the 65th Separate Tank Battalion) stationed in Berlin. At that point, the Soviet Union was no more and the tanks bore Russian markings.

As for the camouflage itself, it is a real-life pattern for forest environments, consisting of green, brown and blue-gray stripes. The actual camouflage scheme goes back to the late 1977 official camouflage manual, which described the exact shades of colors as well as the strip shapes. The camouflage in question is based on the 1988 revised pattern. It’s worth noting that the same forest camouflage existed in two more variants, one replacing the blue-grey color with light green and the other replacing it with a light yellow color.

T-80BV, Wünsdorf, 1994 (note the different shades of colors, which were not always unified)

Regardless, the camouflage wasn’t used very much until the late 1980s when the need to hide tanks from night vision devices became urgent. The colors were, amongst other things, specifically tuned to reduce the color contrast on the IR devices used by the NATO vehicle and thus obscuring the vehicle better at night.

Even so, it is relatively rare and the abovementioned photo is by far the best known example of it. It seems that aside from previously painted vehicles, this pattern was discontinued in the early 1990s along with the production of T-72B. This type of camouflage wasn’t typically added in the field by the crews, but in specialized repair shops. That is why the silhouette-breaking lines look so crisp, just like the manual dictated. 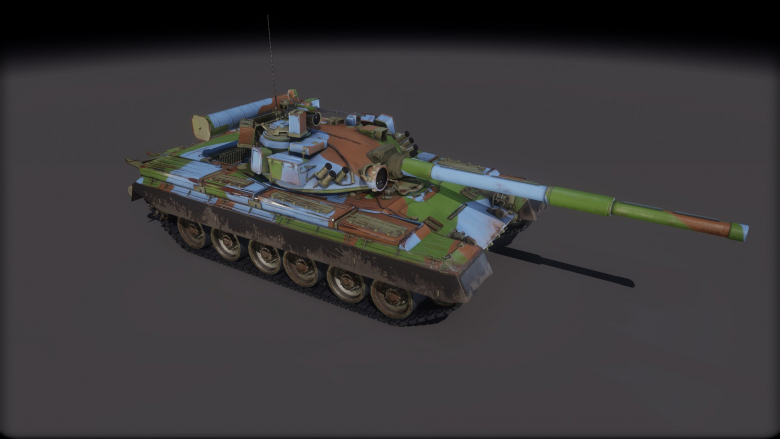 As the abovementioned text suggests, the camouflage is best suited for various Russian MBTs. It will go great with the T-80 series (including the T-80B), or the T-72A and T-72B. With it installed, your vehicles will look like they came straight from the final years of the Soviet Union. The BMP-1 and BMP-2 IFVs will also look great in this camouflage – these vehicles could be seen bearing it during the 1994 military parade in Wünsdorf, Germany, as the final Soviet troops departed the country. 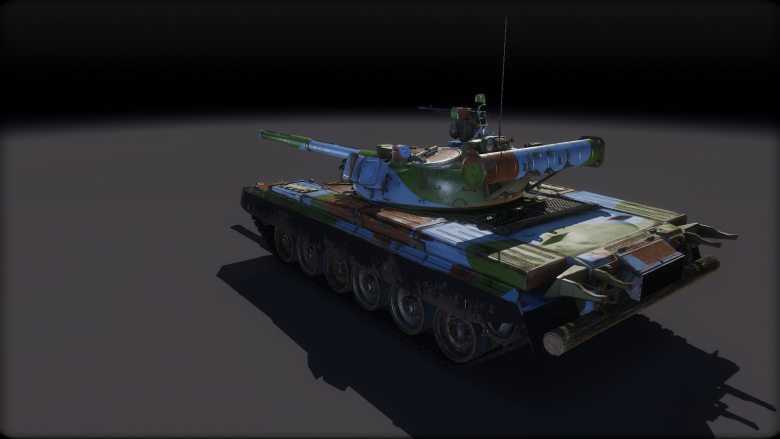 This camouflage will be usable on all vehicles and for all environments and will be available for free. We do hope you’ll enjoy it and, as always: