During the last couple of weeks, you've asked a lot of questions and today, we'd like to answer as many of them as we can. 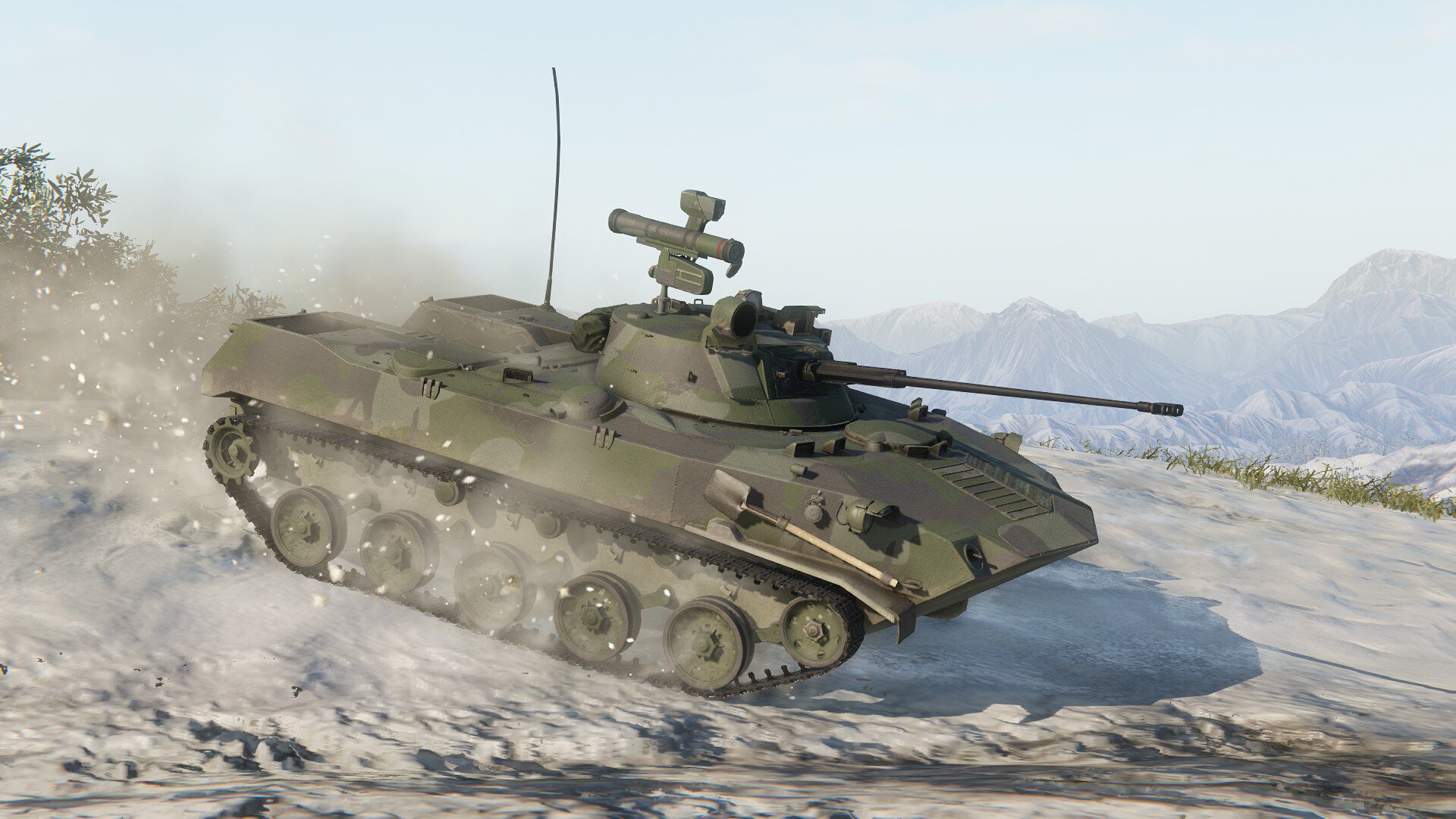 Will Tier 1 to Tier 7 vehicles get rebalanced the way Tiers 8 to 10 were?

Yes. But, unfortunately, we don't have a deadline for that.

Will some parts of older vehicles become animated where appropriate? For example, various case ejection ports, side skirts and so on.

Generally speaking, yes. These animations are now always present on new vehicles. On the older ones, we implement them as a part of ongoing model overhaul program.

Will you buff AFVs across the board?

No. They are already fulfilling their battlefield role.

Will you add more night-fighting maps or options (such as a thermal imager mode)?

No, at least not for the foreseeable future.

Will you improve the decal system by allowing decals to be resized or repositioned from their fixed places?

We are currently investigating this topic. For now, we have no definitive answer.

Will you buff machinegun elevation and depression angles?

Most machineguns in the game are coaxial. Their elevation and depression should therefore match that of the main gun, which is sufficient. In some rare cases where no such coaxial machineguns are present (mostly on various SPGs), we are setting these angles independently.

Will the spotting system be fixed?

As far as we know, it is currently working correctly. If you have evidence to the contrary, please submit it via the usual channels (dedicated Discord bug and feedback channel, for example).

Will the reverse steering be finally fixed?

We are aware that the system could use some more improvements but for the most part, it's working correctly. Any improvements to it would require major overhauls of certain mechanics at the expense of other planned features. That would not benefit the majority of players.

Will the old PMC base system ever return to the game?

Are you planning some major new vehicle visual customization options (such as adding camo nets to all vehicles)?

Not for the foreseeable future.

What about the Battalions? Are there any plans specifically for them?

So far, we have no specific plans to do that. It's quite possible that some improvements to various Battalion mechanics will appear in the future, but, generally speaking, the whole Battalion system is currently working as intended and requires no urgent fixes. One thing we are looking into, however, is the ability to add your own Battalion logos. Obviously, there are some serious pitfalls to the system – we have no intention of allowing players to run around with swastikas or some lewd images on their tanks. So, for now, we can offer no promises other than that we're looking into it. Likewise, we currently have no plans for more Battalion-exclusive vehicles or Heroic maps, as these quite expensive to produce while benefiting only a small percentage of players. Right now, we want to focus on content for everyone.

Some of us don't like the Grassy Fields (Pleternica) map in high-Tier PvP. The open nature of this map leads to an excessive amount of draws, as nobody can cross the open fields without being shot to pieces. Will you remove this map from PvP?

We won't remove it, but we reduced its chance to appear on top Tiers. The map itself is valuable in the sense that it provides more gameplay diversity and less repetitiveness on higher Tiers.

Will you add a Contract Mission status window directly to battles?

Sadly, we cannot. The contract objective completion calculations only take place when the battle is finished.

Can you add a voice warning that you are running out of ammunition of a certain type?

We'll look into it.

In real life, the Armata platform (T-14, T-15) does have ERA elements on its sides. In the game, it does not. Will you add them?

We'll look into that as well.

Please explain the HEAT-MP shell purpose. To us, it's very toxic, because it allows you to deal damage even upon non-penetration. The ATGMs do this too, but they do have a lot of disadvantages the HEAT-MP shells do not, such as being exposed to enemy fire, or being fired by vehicles with light armor.

The HEAT-MP shells are intended to be sort of warning shots. They don't deal massive damage upon non-penetration, but they do force camping MBT players to move, because otherwise their hitpoints would get chipped away with every shot. And it's working. We are currently considering reducing the HEAT-MP non-penetration damage to make this shell type not as obviously superior to the standard HEAT rounds as it is, but we won't remove it altogether.

Are you planning to return alternative weapon systems to VBL or Wiesel? Will MBT-70 get its 20mm autocannon?

Not at the moment, for any of these questions. But we'll consider it.

Will you add more maps to the Global Operations mode?

Not for the foreseeable future. Map-wise, we are currently focusing on new Special Operations, new standard PvE missions and new PvP maps, roughly in this order (since PvP got a new map fairly recently).

We feel that soft-kill APS does not work against AI opponents. Is that intended?

No, that's not intended. If it's so, please submit a bug report.

The Type 99A2 Tier 10 progression MBT is too weak – it has a really thin upper front plate, thin sides, offers poor gun depression and no real niche for its playstyle. Can you improve its performance?

We know that it's not great and we are planning to overhaul it in the future. For now, we can't promise any deadlines, it's not like the vehicle is critically broken so that it requires an immediate intervention. Additionally, some of the abovementioned arguments aren't entirely valid. The upper frontal plate is protected by modern ERA, which was overhauled recently. The sides (although only the frontal portion of them) are amongst the thickest on Tier 10 MBTs and we will actually make that thicker area larger. As for the gun depression, that aspect is dictated by the vehicle's geometry – we can't improve it without the gun clipping into the hull.

What about the CATTB? It's poorly armored and has a long reload time to boot.

The sides will receive a buff. The frontal armor of this vehicle is average – as intended, so we won't be improving that. The reload time will not be improved either.

The BMPT series does not have sufficient autocannon ammunition. Any plans to improve it?

Yes. We'll improve the entire BMPT series ammo count to match that of the T-15. In other words, these vehicles will have 1200 autocannon rounds instead of 900.

Can you give us a list of vehicles that can go in reverse as fast as going forward?

Can you tell us what the intended use for Russian MBT gun-launched ATGMs is?

They can help in situations where you need to fire at targets below your maximum depression angles. They also are the only rounds available to Russian MBTs, which are also capable of dealing damage upon non-penetration (unless of course you are also carrying some HE shells).

Some top-down ATGMs deal full damage even to vehicles with unmanned turrets. Some don't. What's up with that?

It all really depends on the length of the HEAT metal jet and the angle of impact. Generally speaking, the system works as intended – if the jet does not penetrate the main hull of the vehicle and only goes through the unmanned turret, the damage will be reduced. If the jet is long enough to go all the way through the unmanned turret and penetrate the hull, the vehicle will take full damage.

That's it for today, commanders. Do you have any questions for the developers? Don't hesitate to leave them on Discord and, as always: