The final camouflage that’s coming as a part of the Scandinavian asset bundle is the Swedish Export one. This camouflage consists of a very complicated pattern devised by BAE to promote one of the latest iterations of the CV90 IFV, intended for the Czech Republic tender. 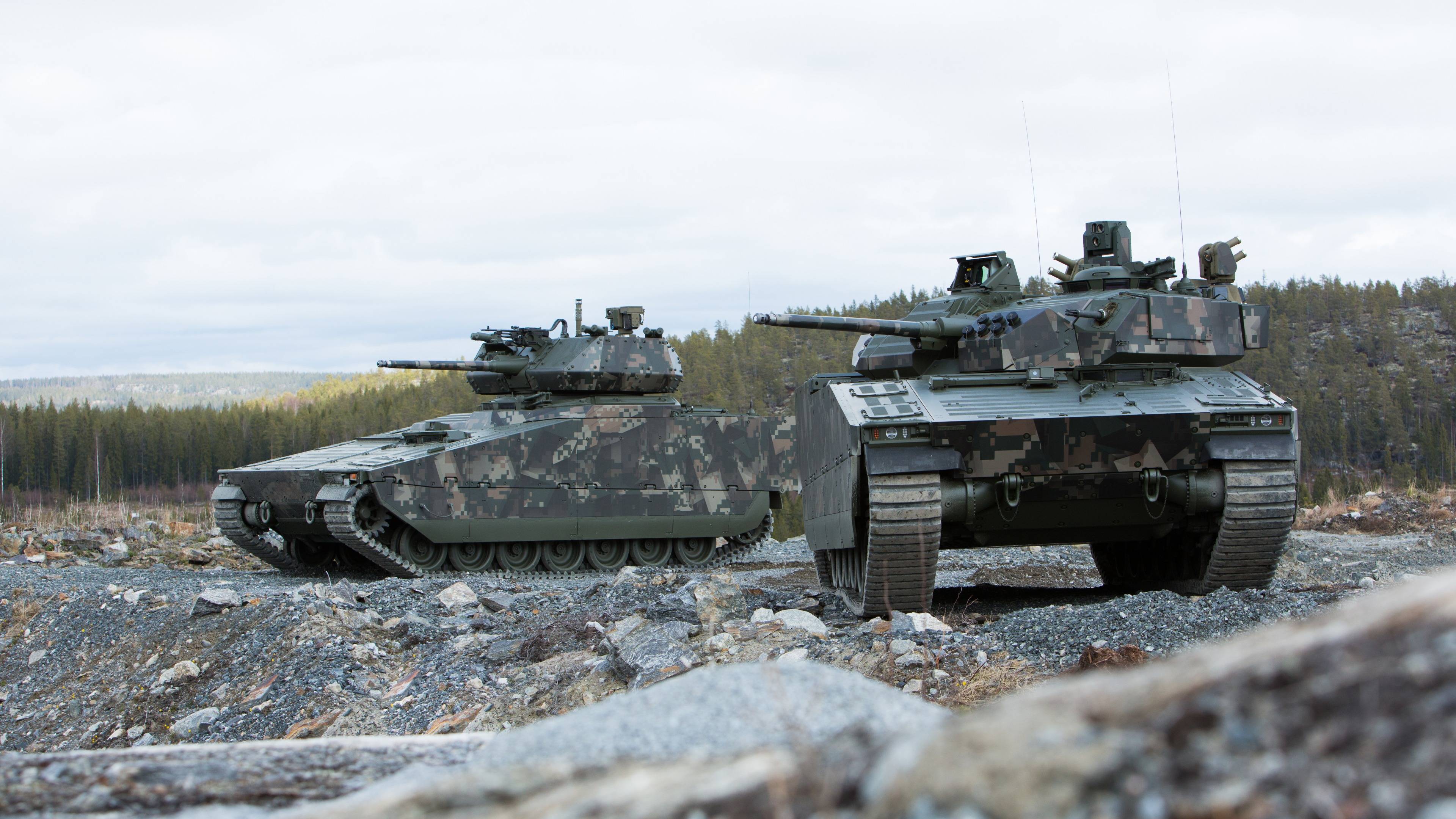 This version of the CV90, roughly similar to the CV90 Mk.IV we will have in the game, was presented in two configurations (with a manned turret and an unmanned one) under the name CV90CZ (and CV90CZr respectively) at the IDET 2017 expo in Brno. The Mk.IV version would later be derived from it.

Historically, the camouflage isn’t all that interesting aside from being quite the looker. Arms manufacturers always come up with attractive patterns that catch the eye of potential buyers during official events, making their vehicles look cool and futuristic. But we wanted to take the opportunity to demonstrate the difficulty of implementing such camouflages in Armored Warfare. 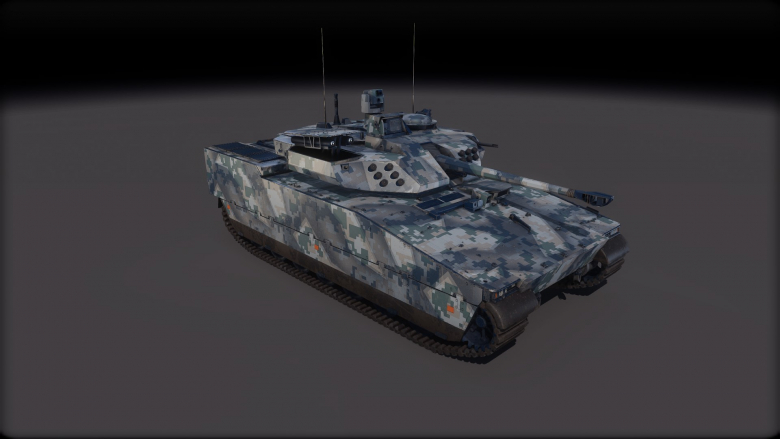 In its most basic form, Armored Warfare separates each camouflage pattern into tiles and each tile consists of four channels – three colors and a black overlay. The colors are the RGB channels and are internally marked red, green and blue, although each channel can be set to any color or even to appear transparent, in which case the vehicle’s base paint will appear in its stead. The black overlay is laid on top of them and can have as many shades of transparency as we want – even gradients, which we use to simulate “soft” camouflage edges. 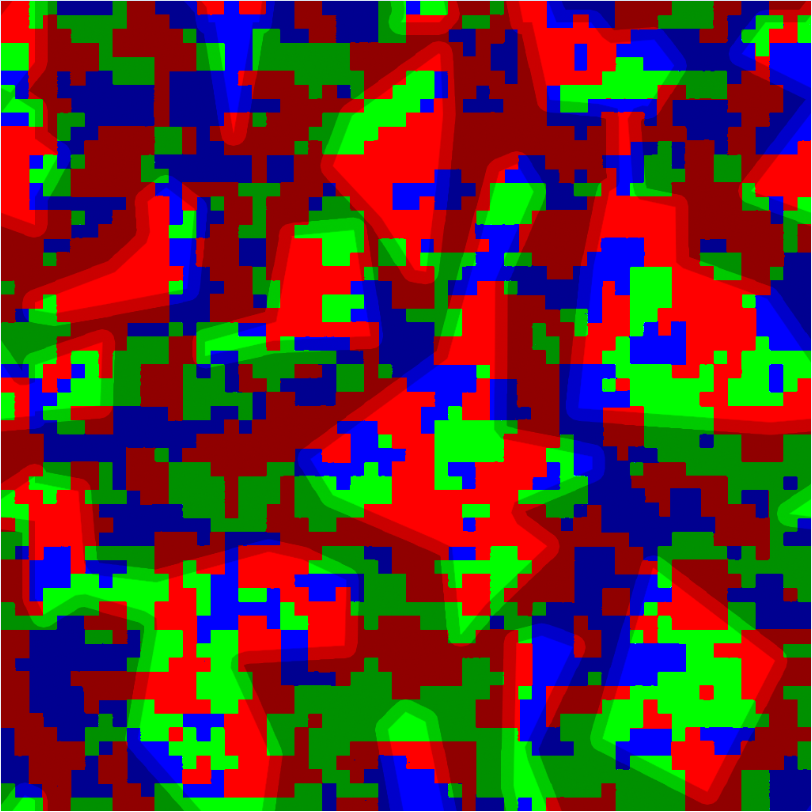 What this means in practice is that while the system is robust enough for even rather advanced camouflage patterns, anything truly complex must be hand-painted, which is why some of the most desired camouflage patterns, such as the Japanese winter camouflage featuring white stripes, had to be implemented as skins (which typically are painted manually).

It’s also worth noting that texture mapping differs from vehicle to vehicle, which is why the same camouflage can appear different on various machines. In the case of historical camouflages, we do our best to make them fit the vehicles they were actually used on. In this particular case, that would be the CV90 Mk.IV. 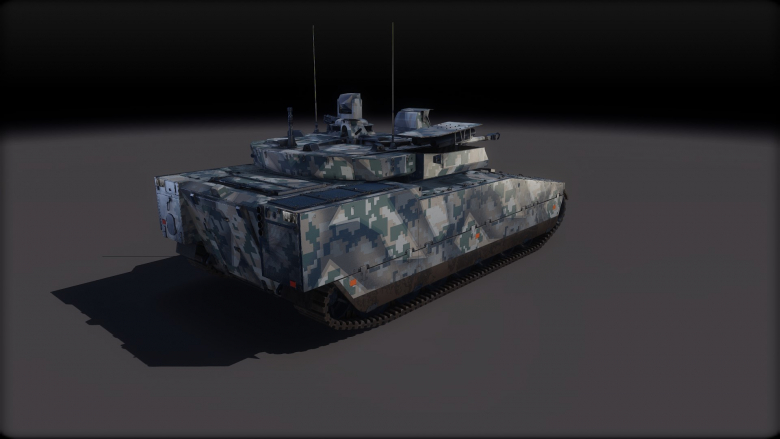 In this case, we did our best to make the camouflage look like the original using all layers and transparency levels. It isn’t a perfect reproduction, but we believe that the pattern will still be attractive enough for you to consider using it. The camouflage will of course be available for all three environments.

We hope that you will enjoy it and, as usual: