When talking about the most powerful militaries of the world, no discussion can take place without mentioning one of the world’s military superpowers – the People’s Republic of China. The army of China has thousands upon thousands of armored vehicles at its disposal and forms a truly fearsome force indeed. It was, however, not always so. 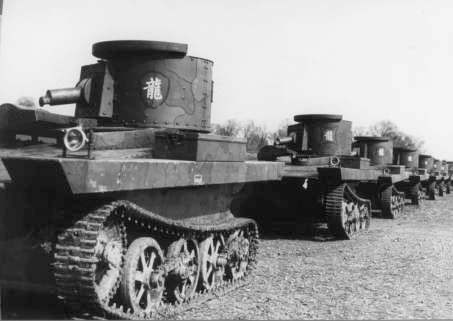 The history of Chinese armor began during the pre-WW2 Republic of China era, when the first armored vehicles started appearing in the region. They were mostly very light and obsolete armored cars, but some tanks found their way to China as well. This was the Chinese Warlord era – land was divided between powerful leaders with their own militaries, including armored forces.

Some of the first tanks to have found their way to China in 1927 were the French Renault FT WW1 light tanks, bought by Zhang Zuolin, a powerful warlord, to be used in his struggle with the Chinese nationalists (who promptly got some light armor of their own). The warlord era ended in 1928, but another major conflict with Japan loomed ahead and the Chinese armored forces underwent modernization. This modernization program included the purchase of numerous European light tracked vehicles – the Italian CV series, Panzer I and British Carden-Loyd tankettes, along with around two dozen Vickers export tanks, mostly the popular Vickers 6-ton (perhaps the most influential inter-war tank design in general). While obsolete in Europe, these machinegun-armed and lightly-armored tanks were entirely sufficient for the Chinese theater of operations as the resistance they were expected to encounter consisted mostly of poor quality infantry armed with obsolete rifles. The Japanese before and during the Second World War had the same issue – their light designs were completely adequate to fight the Chinese, but against modern American and Soviet designs they were sorely lacking.

These light vehicles along with a wide assortment of other tanks (from purchased Soviet BT tanks and armored cars over the American Lend Lease Stuarts to captured Japanese equipment) were later used during the Second World War to fight Japan and in the years that followed the Chinese civil war, resulting in the defeat of the Nationalists and the establishment of the Republic of China on the Taiwan island. The Civil War saw some very interesting vehicle conversions appearing in service (such as the M10 tank destroyer re-armed with a 105mm howitzer for fire support) but Chinese armor development only begun in earnest after its end in 1950.

The communist Chinese forces were supported heavily by Soviet equipment, including T-34 medium tanks, which took part in the Korean War as thousands upon thousands of Chinese “volunteers” poured into Korea to fight the UN forces. It was the T-34 that became the first Chinese mass-produced medium tank under the designation of Type 58. While an effective fighting machine for its time, the T-34/85 was quickly becoming obsolete in the face of modern western armor development and a decision was taken to replace this aging design with something else. 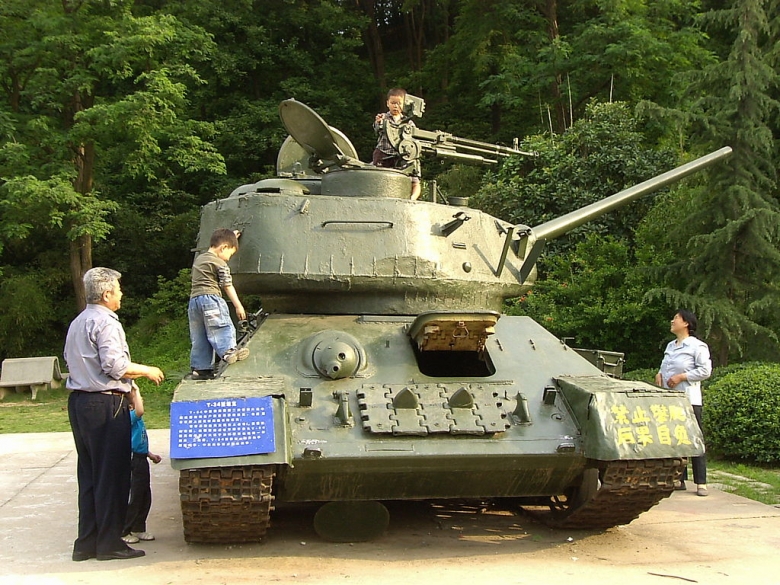 The replacement turned out to be the Type 59 medium tank. The Type 59 was basically a copy of the early T-54A with some of the more sophisticated components missing and the production process simplified for Chinese conditions – the plans and license for the vehicle’s production were handed over to China by the Soviets following the 1950 Sino-Soviet friendship treaty. It was accepted in service in 1959 (hence the Type 59 designation). Its main features included thick sloped armor, a durable cast turret and a 100mm gun (a copy of the ubiquitous Soviet D-10T). 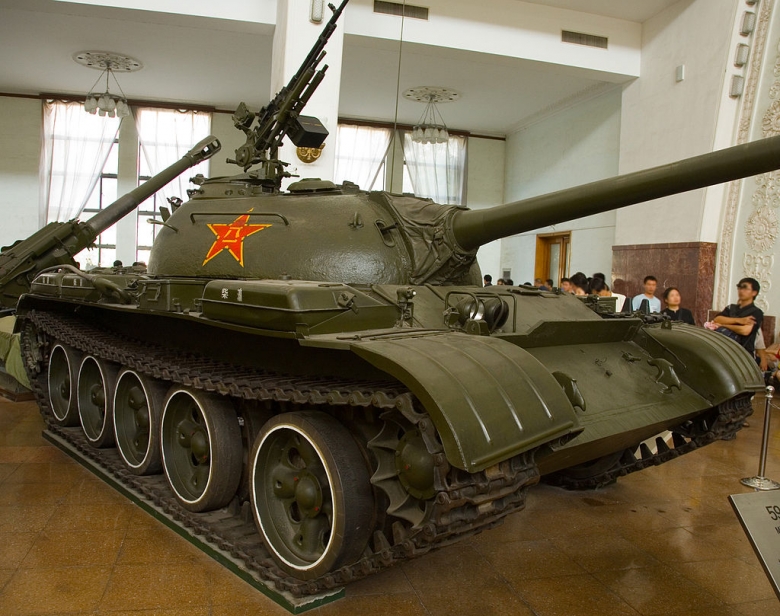 The Type 59 and its modifications remained in Chinese service for around thirty years with production running until 1985. In Armored Warfare, the Type 59 will be a tier 3 MBT, following the tier 2 Type 62 light tank. The Type 62 was basically a smaller, lighter version of the Type 59, designed to fight in China’s mountainous areas where heavier vehicles could not operate. Unlike Type 59, Type 62 was armed with an 85mm rifled gun and was much less durable than its bigger counterpart. Nevertheless, it was effective as very few other tanks could pass through the same terrain. The Type 59 itself was eventually upgraded with a 105mm rifled gun (either heavily inspired by the Royal Ordnance L7 or a direct copy of this gun). It’s worth noting that around 10 thousand Type 59 tanks were made – this design was also heavily exported and fought (for example) in the Iran-Iraq war or in the Gulf. 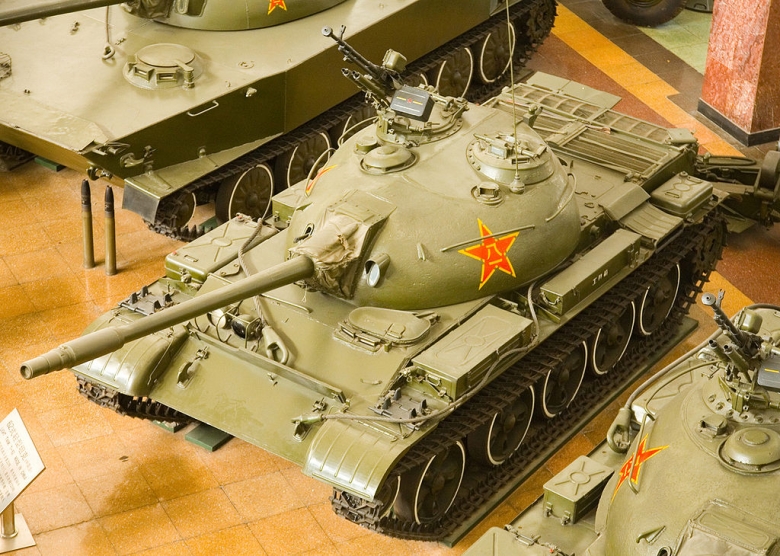 While the 105mm gun was a significant improvement over the old 100mm model, the Chinese were not done copying yet. In 1969, during the Sino-Soviet border conflict, Chinese forces managed to capture an intact modern T-62 medium tank. This vehicle was reverse-engineered and the technological advances gleaned from it were used to upgrade the Type 59, resulting in the Type 69 – this Type 59 variant featured a stronger engine and some of the T-62-based improvements. The Chinese never really liked this tank all that much, but it became a very successful export vehicle with around two thousand sold all across the world. In the 1980s (after a warming of Sino-American relations), this vehicle was further upgraded with several western components including the aforementioned 105mm gun and a new fire control system, resulting in a variant called Type 79. 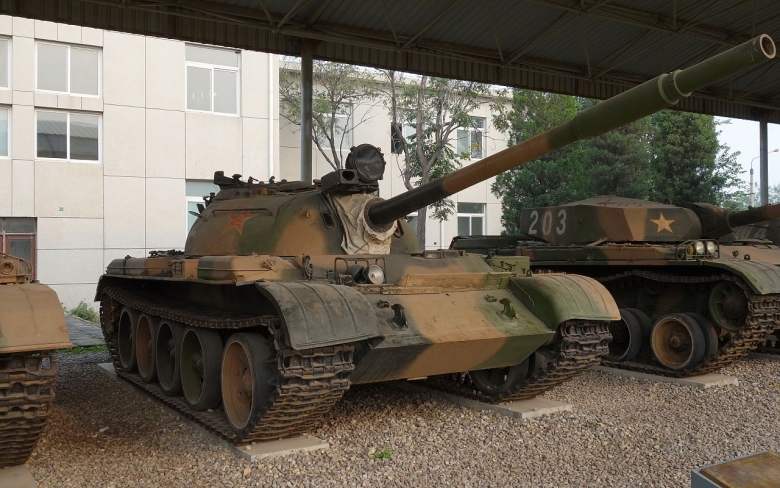 The Chinese were not oblivious to the technological advances both the western world and Russia made in the 1980s and felt the need to further upgrade their main battle tank fleet. The next result of such upgrade attempts turned out to be the Type 80, China’s first second generation MBT. It was still a heavily upgraded Type 79 – which in turn was still a heavily upgraded Type 59 – but it featured some quite advanced components such as the 105mm Type 88 rifled gun (capable of firing NATO ammunition), an advanced fire control system and a new 730hp engine. It wasn’t really a bad vehicle and several hundred were built. 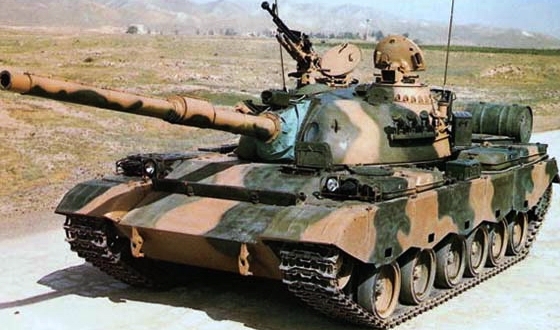 An alternative second generation MBT design was the Type 85 by NORINCO, unveiled in 1988, which was originally produced for export to Pakistan. It was an upgraded version of the Type 80 and at the time of its inception it was considered to be completely sufficient – right until the Gulf War. The images of T-72s (which were generally superior to the Chinese vehicles) being taken out by American forces with absurd ease shocked the Chinese – after all, if this happened to one of the better armies of the region, what chance would Chinese armor stand? While the reality of the state of Chinese armor was not as grim as it appeared on paper, a frantic development of further MBT upgrades began as a result. The Chinese obtained one or several T-72s (probably from Iraq or from some other business partner) and incorporated the elements of those tanks into their own. The upgraded T-85-III variant featured an automatic loader (derived from the T-72 one) as well as an indigenous 125mm smoothbore gun (also heavily “inspired” by the Russian 2A46). Enhanced protection in the form of additional armor plate kit was also introduced (along with an ERA set), as was another more advanced fire control system. This variant was offered to Pakistan and the older Pakistani T-85-II’s were upgraded to the III standard. 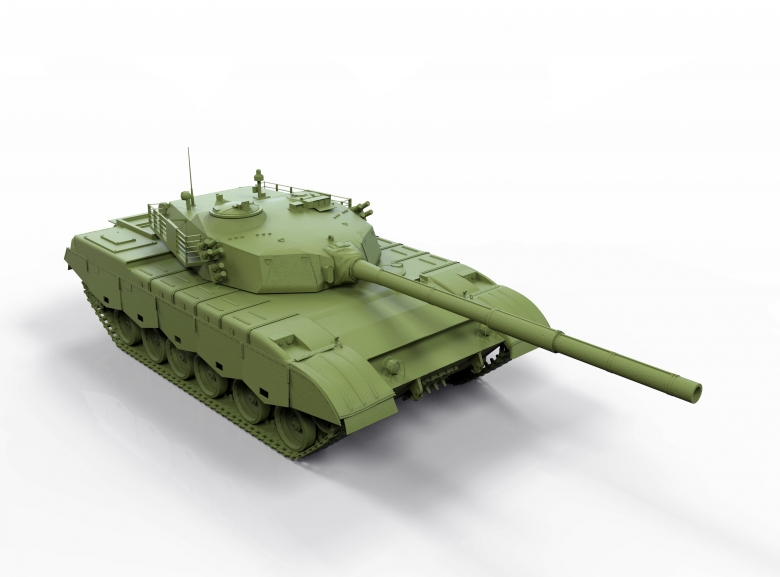 Another alternative second generation Chinese tank design by Plant 617 (and others) was the Type 88 – like the two abovementioned vehicles, it too combined the older Type 80 body with modern (mostly western-based) components (such as a 105mm gun – which was later upgraded to a 125mm). The upgraded variant of the Type 88 is probably still in service in China in smaller numbers.

Meanwhile, work had began on the first Chinese third generation MBT. The Type 85 was chosen as a platform and again it was heavily upgraded to produce the Type 90 – the first Chinese tank to feature modular armor. The Chinese military was not interested in this vehicle – instead it was offered for export to Pakistan where it eventually became the Al Khalid MBT. 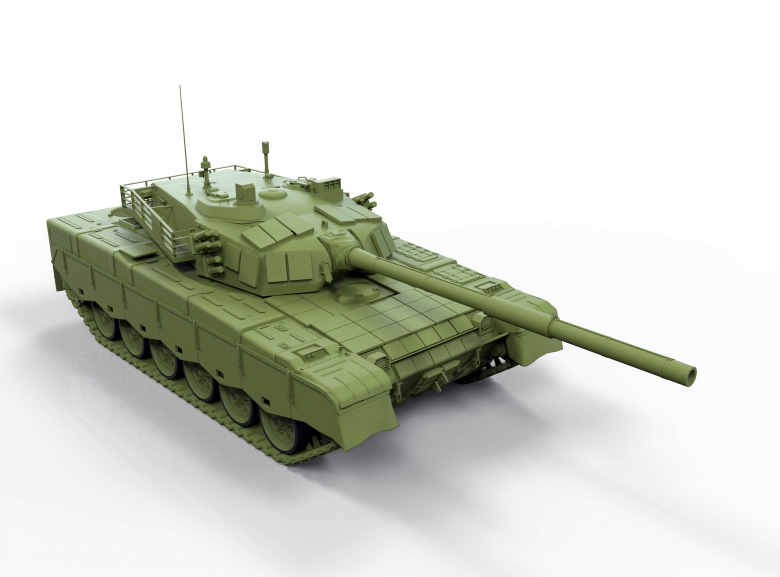 Another upgraded Type 85-III was introduced in 1996. It also featured modular armor design and the lessons learned from the Type 90 development were put to good use – it had a modern 1000hp diesel engine and – most importantly – a new, western-style welded turret. It entered service in 1997 under the designation Type 96 and became the standard modern MBT of the Chinese military – well over 2000 were produced.

Chinese tank development continued with the Type 98 MBT. Introduced in 1999 during a military parade in Beijing, this tank is quite different from its predecessors. It resembles the T-72, but the turret is welded. The main armament is a fully stabilized 125mm smoothbore gun. Around a dozen vehicles of this type were built before a new variant was introduced in 2000 – this new variant featured an ERA set, a more powerful engine, a thermal imager and an advanced fire control system. This new variant became the Type 99 MBT and with over 600 built, it currently represents the best tank in Chinese service – it is believed that this advanced (and very expensive) MBT is to serve in elite Chinese units, while the regular units will remain equipped with the older Type 96. It is quite agile (1500hp diesel for around 54 tons) and well-armed – the upgraded version (Type 99A) features a new type of ERA set that resembles the Russian “Relikt”. In Armored Warfare, the Type 98 will be a tier 8 vehicle while the Type 99A2 will appear on tier 9.

Currently, the known pinnacle of Chinese armor development seems to be the MBT-3000 (also known as VT-4) export tank. This 52 ton vehicle is – according to Chinese sources – superior to any other export MBT on the market, although this claim is difficult to prove as most of the data about this tank are classified. Earlier in 2015, Chinese officials caused an outrage claiming the MBT-3000 to be equal or superior to the T-14 Armata – whether such claims are truthful or simply an attempt to bring more attention to this vehicle remains to be seen.