When it comes to armor development, Turkey was never amongst the world’s elite, preferring instead to use older, reliable designs such as the American Patton. The brand new prototype of the Altay Main Battle Tank represents the first Turkish indigenous tank since World War II. 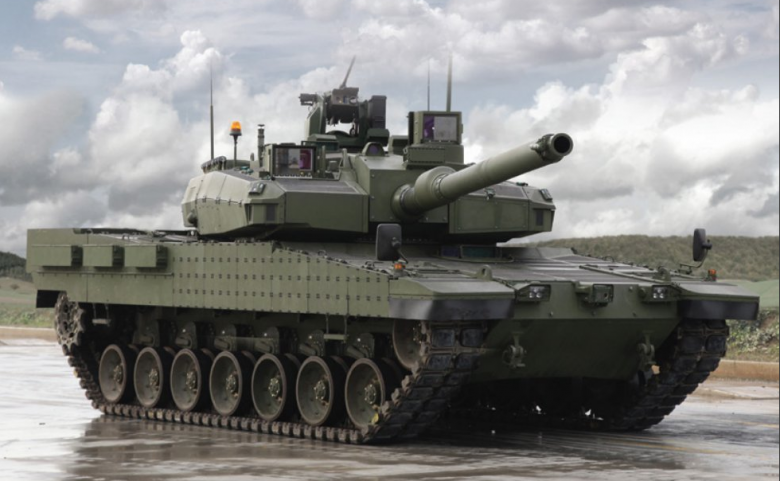 The first prototype of the Altay MBT (named after Fahrettin Altay, one of the heroes of the Turkish War for Independence) was shown to the public in 2011. The vehicle is formally being developed by Otokar Otomotiv ve Savunma Sanayi A.Ş. (or simply “Otokar”) although the exact process is shrouded in secrecy.

The vehicle is clearly inspired by western-style Main Battle Tanks, especially the K2 Black Panther. Whether it actually uses parts from the K2 is not currently known, although Hyundai (the developer of the Korean MBTs) participated in the Altay development process as well, designing the armor.

The estimated weight of the vehicle is approximately 65 tons and the prototype is 7.3 meters long, 3.9 meters wide and 2.6 meters tall. The vehicle has a crew of 4 (commander, gunner, loader and driver). It is armed with a MKEK-developed 120mm L/55 smoothbore gun, giving it a solid punch even against heavily armored targets. The gun is paired with a top of the line Volkan series Fire Control System and other cutting edge electronics, giving the vehicle excellent accuracy on the move as well as the hunter-killer capability.

The composite armor layout is secret, although various sources claim the vehicle might actually be better protected than the K2 Black Panther, and the armor will be enhanced even further with an ERA kit. The vehicle will be able to reach a top speed of 70 km/h with its German 1500 horsepower MTU 883 engine, although future vehicles are expected to be equipped with even more powerful indigenous 1800 horsepower engines instead.

The Altay is currently still in the prototype stage, but production is slated to begin in the near future. In Armored Warfare it will be introduced as a high-tier Main Battle Tank, although there is currently no deadline specified for its arrival.

Introducing the T92, an upcoming tier 2 American light tank that will appear in Armored Warfare in one of the future updates