On Tuesday, 14th of July 2015, we are releasing an Armored Warfare patch full of issue corrections and rebalances of the vehicles in the game as well as the previously introduced Pipelines and Narrows maps. To give you enough time to test these new features and changes, we have decided to extend the Early Access 3 testing phase to 21st of July 2015!

To make the testing more interesting, we have prepared some special features just for this week!

But that’s only the beginning – the following weeks will bring far more exciting features so stay tuned and see you on the battlefield! 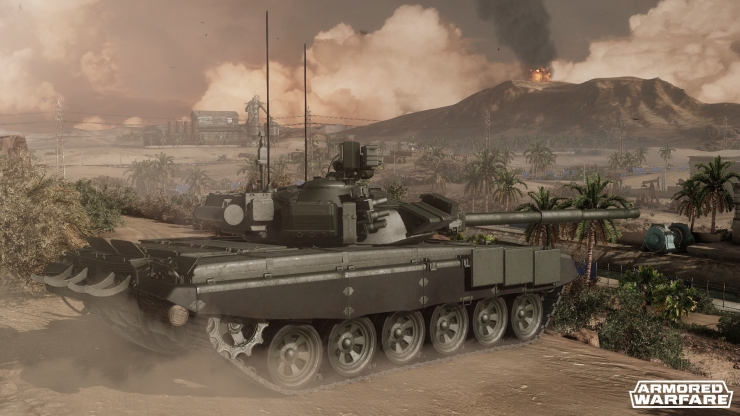 MBTs have generally been performing very well in our internal tests with our most recent changes, but we've found that their accuracy while on the move was a little too poor. This (along with the prior state of their armor, which we've already addressed separately) were combining to force players to play MBTs more like snipers, which is not their intended role.

In order to help improve the close-combat ability of MBTs, we've somewhat improved their accuracy while on the move. Their minimum and maximum reticule sizes are unchanged, but they will no longer reach as large of a size just from driving straight forward or backward. They will still have poorer accuracy on the move than LTs and AFVs, but this should mean that MBTs can more easily make slight movements - e.g. quickly ducking out from behind cover and firing - without as much of a penalty to their accuracy.

We will continue to look at these changes closely to see if they are moving MBTs in the right direction and make further changes as needed.

In order to reduce the problems with the T-80 and T-90 "Alpha" damage being too devastating to lower tier vehicles, we've decreased their raw damage output, but increased their rates of fire to compensate. This also helps represent the historical improvements to their autoloaders. The T-90's hit points and penetration have also been slightly increased.

C1 Ariete rebalance: With the recent changes to armor penetration, the C1's formidable health pool has made it extraordinarily resilient. We've found that its average performance significantly exceeds that of other Tier 8 MBTs, and as such, we needed to make some adjustments.

Challenger 1 rebalance: Similar to the C1 Ariete, the Challenger 1 is currently over performing for its tier. We've slightly reduced its health to reduce its current advantage and bring it closer to in line with the other Tier 7 MBTs.

FV510 Warrior rebalance: The FV510 Warrior has an excellent gun, but it's proven too fragile for its size and lack of maneuverability compared to other vehicles in its line. We've given it a significant HP buff to help make it more survivable.

Leopard 2A5 rebalance: Similar to the T-90, the most powerful rounds for the Leopard 2A5 had too much alpha damage potential. We've slightly decreased the damage on the fully upgraded shaped charges and ATGMs to reduce their potential for devastating low tier opponents.

Find out what awaits you in the next upcoming major update of Armored Warfare, Update 0.9!

Find out what awaits you in the next upcoming major update of Armored Warfare, Update 0.10!