Obsidian Entertainment and My.com are proud to present another upcoming vehicle in Armored Warfare. To celebrate the French Bastille day we have chosen to unveil a French vehicle that will be implemented in the future – the ERC 90 “Sagaie”. 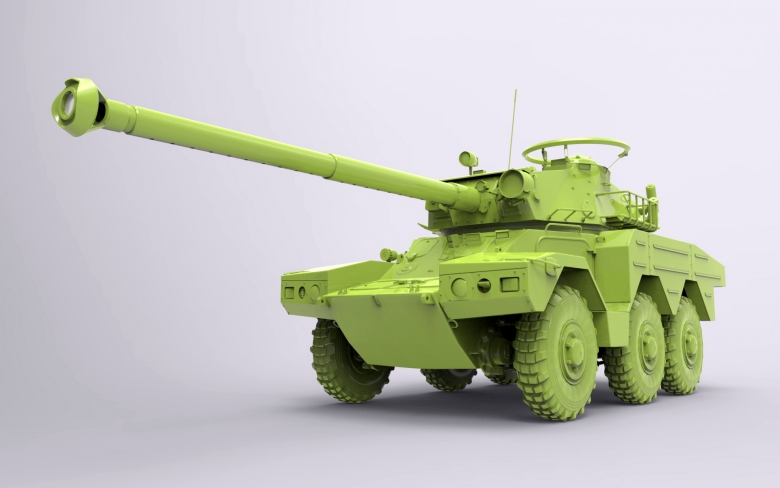 The ERC series was developed from 1975 as a private venture by the French Panhard company with the intention to sell it to less-developed countries that could afford to support the infrastructure and costs of modern main battle tanks as an affordable source of firepower. The first prototype was shown to public in 1977 and in 1979 the first ERC vehicles started rolling out of the Panhard factory in Marolles. 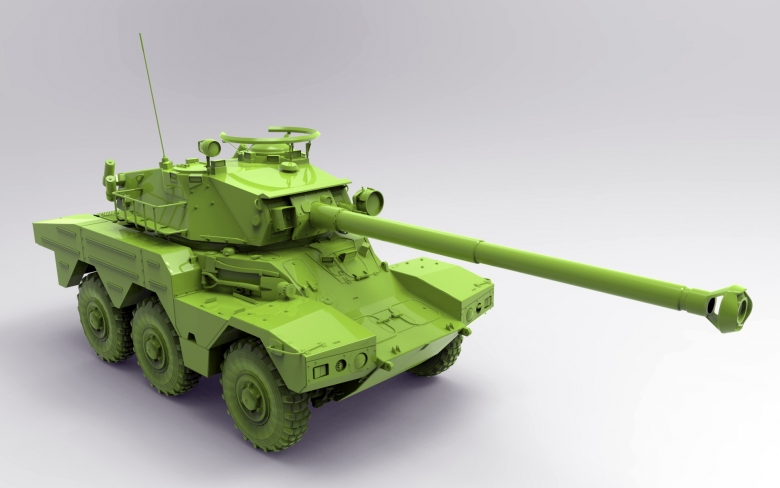 The earlier ERC variant from 1977 was called “Lynx” and was equipped with a 90mm CN90 F1 gun that was essentially a HEAT-firing cannon, powerful but not enough to become a true tank killer. The French realized at that point that there would be a large export market available for a wheeled tank destroyer armed with something powerful enough to knock out the ubiquitous variants of the Soviet medium tanks (including the T-72). To that end, they installed the powerful 90mm CN90 F4 into the TS90 turret and called this variant the “Sagaie”. This gun could fire (amongst other things) advanced APFSDS rounds capable of dealing with even more advanced enemy armor. 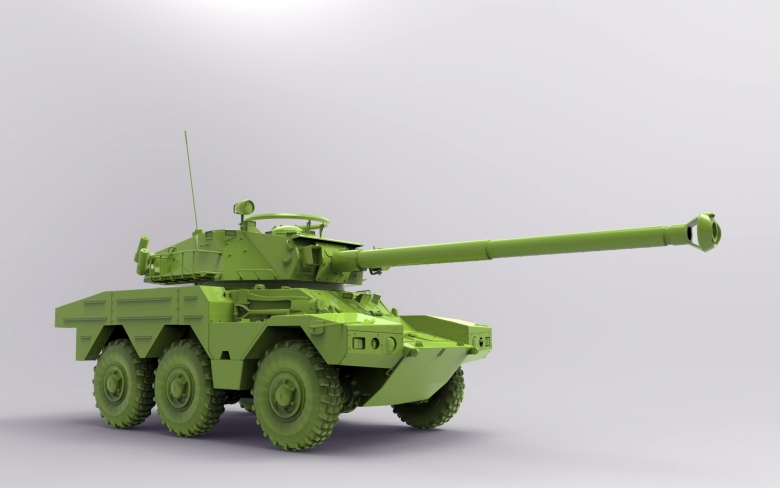 First ERC vehicles (the Lynx variant) were exported to Argentina and Mexico in 1979 and several “Sagaie” tank destroyers were sold to the Ivory Coast. Panhard also offered the ERC 90 to the French army but the reception of the French army was lukewarm at first (the French military preferred the AMX-10RC) and it was only a while later the French decided to purchase this vehicle for their fast-response expeditionary units because of its weight (the “Sagaie” was air-transportable by French cargo planes) in the December of 1980 and France would eventually purchase around 192 vehicles (by 2013 around 100 vehicles were still in service).

The ERC 90 series proved to be a resilient and sturdy vehicle and saw action in several conflicts. The Argentinian ERC 90’s were used during the Falkland war, several were used by the French during the Siege of Sarajevo intervention and the last combat use was likely the French Ivory Coast peacekeeping mission.

In total around 411 ERC 90 vehicles were built with the vast majority being the “Lynx” variant. They were exported to 9 countries in the world (mostly African but also to Argentina and Mexico) and are still in service in some of them to this day.

The vehicle represented in Armored Warfare is the 90mm CN90 F4 “Sagaie” tank destroyer with several featured upgrades such as the twin Peugeot engines (196 hp, an improvement over the original Peugeot V-6 155hp engine). With its 8.1 tons of weight it is not the fastest vehicle(its maximum speed in real life is around 95 km/h) but this drawback is compensated by its excellent firepower (especially for a tier 3 tank destroyer). The “Sagaie” will also be protected by a SAGEM APS although - as expected with this type of vehicle - the armor itself will be quite thin.

You will be able to play the “Sagaie” in the future along with other iconic French vehicles such as the Leclerc, AMX 30B2 and AMX 40.