The T-90 medium tank is currently the most modern main battle tank used by the Russian army and also a top-tier vehicle you can play with in Armored Warfare. The firepower of its modernized 125mm gun makes it a powerful opponent indeed.

The T-90 medium tank started out as a heavily modified variant of the T-72B. The primary goal of the entire program was to improve the T-72B to T-80U/UD level. It was developed in 1988 in Nizhny Tagil by the Uralvagonzavod design bureau, led by Vladimir Ivanovich Potkin, under the designation of Object 188 along with another experimental tank called Object 187. In early 1989 the vehicle successfully passed state trials, proving to be very reliable, and on 27.3.1991 the Soviet Ministry of Defense recommended that it become the next main battle tank of the Soviet army. This decision proved fruitless, however, as the results of Operation Desert Storm once again raised the question as to whether the T-72 should actually be modernized. Another delay was caused by the collapse of the Soviet Union on 26.12.1991. 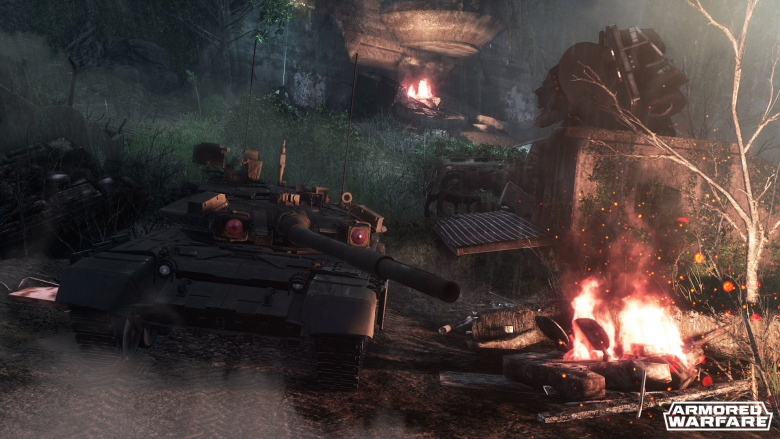 Influenced by the Desert Storm experience, Uralvagonzavod decided to improve the protection of the vehicle even further by adding the new TShU-1 Shtora (curtain) electro-optical active protection system to the design. Additional trials were held and this improved Object 188 was accepted into service on 5.10.1992 under the designation T-90 (this designation was requested by president Boris Yeltsin). It was also called Vladimir in honor of its (deceased) designer.

The original T-90 was mass-produced between 1992 and 1998. The entire production run history is somewhat unclear as at one point production apparently ceased due to Russian military budget cuts. Nevertheless, by 2012 the Russian military listed around 1335 T-90 tanks of all variants, of which 500 T-90 and T-90A tanks went to the Russian army and the rest were exported. 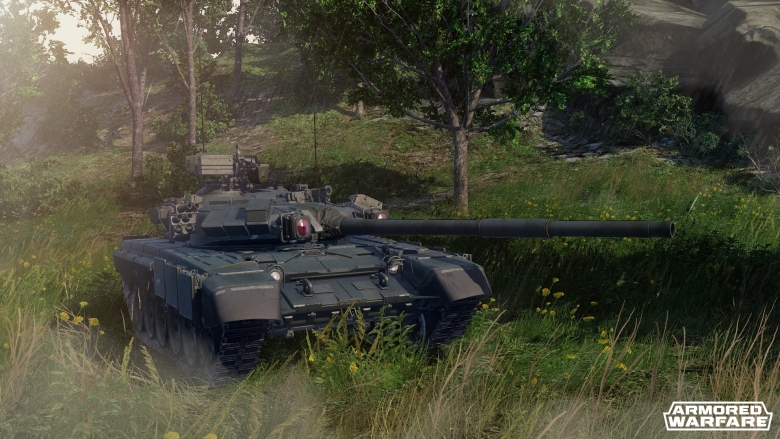 The original T-90 weighed 46.5 tons and was powered by an 840hp V-84 diesel, allowing it to go as fast as 60 km/h. Protection consisted of composite armor, Kontakt-5 ERA and the APS. While the actual protection levels of the vehicle are still secret, according to Russian estimates the vehicle was protected in the frontal area by the equivalent of cca 830mm of RHA on the hull (versus KE, 1150-1350mm vs CE) - these numbers however need to be taken with a grain of salt as Russian sources are known to over-estimate protection values. The T-90 was armed with an advanced 2A46M smoothbore gun, capable of both firing KE/CE rounds and guided missiles (9K112 Kobra and 9M119 Refleks systems). 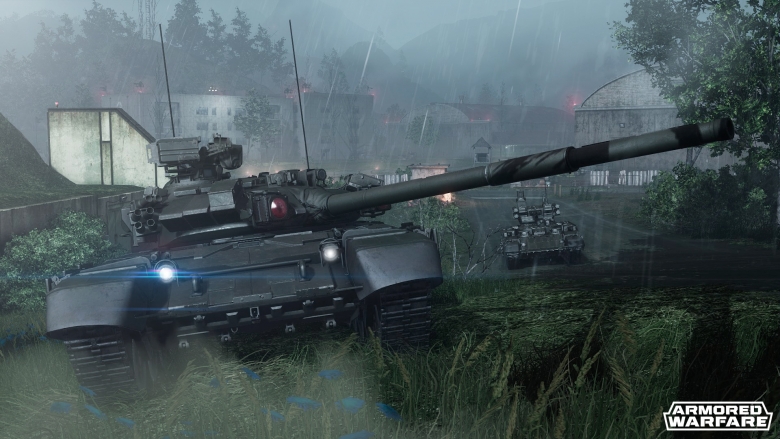 In 2001 a modernized variant (T-90A) was introduced. This model had several improvements over the original T-90:

Apart from these two main variants, there were also several export variants. The T-90 (in its T-90S version without the Shtora APS) was widely exported to India.

The newest Russian variant of the T-90 seems to be the T-90AM. The T-90AM was a result of the Proryv (Breakthrough) development program, which began in 2004. The export variant, using some T-90AM elements, is called T-90MS (also known as Tagil) and was introduced to the public on 9.9.2011. This new modification was more heavily armored with the new Relikt ERA, increasing the frontal protection from an estimated 800mm RHAe to 1000mm RHAe (and up to 1600mm versus HEAT rounds). It was powered by a 1130hp V-92S2F diesel engine with power-to-weight ratio increased to 23,54 hp/t (the original T-90 had 18,6 hp/t power-to-weight ratio). However, the weight also increased from 46,5 tons to 48 tons. The vehicle was armed with a 125mm 2A46M-5 smoothbore gun capable of firing the most modern Russian rounds including the Refleks-M and Invar guided missiles. This firepower was complemented by the top-of-the-line Kalina fire control system. 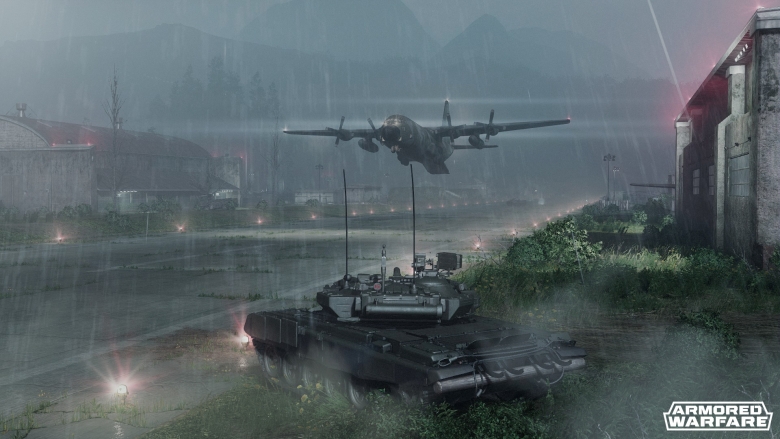 Even now more than two decades later, the T-90 remains the most modern tank in Russian service and is likely to keep this role for years to come. Its potential replacement, the T-14 Armata main battle tank, is currently little more than a prototype and it will take years for it to be production ready.

The T-90 is also a successful export item with multiple countries using the export variants (notably the T-90S). The largest user by far is India, which opted to buy (and partially license-produce) the T-90S over its own protracted Arjun MBT program. Other customers include Azerbaijan, Algeria (operating the improved T-90SA variant), Turkmenistan and, allegedly, Uganda. India also, allegedly, approved the purchase of more than 300 T-90MS Tagil tanks in late 2012.

In Armored Warfare the T-90 Vladimir is a tier 8 main battle tank. Equipped with a powerful 125mm gun, this tank deals a lot of damage with each shot, although it is currently going through a rebalance process to slightly reduce the gun damage while compensating this with an increased rate of fire to provide more balanced damage output. While not as well armored compared to other tier 8 main battle tanks, the T-90 is nevertheless protected by a solid set of explosive reactive armor that is complemented by the Shtora APS. The APS is not currently available in the game and the developers will introduce it after the APS system overhaul. The T-90 has also a low silhouette and while its smaller size makes it harder to hit, the gun blast of the powerful smoothbore is quite noticeable, making the vehicle easy to spot when in combat. 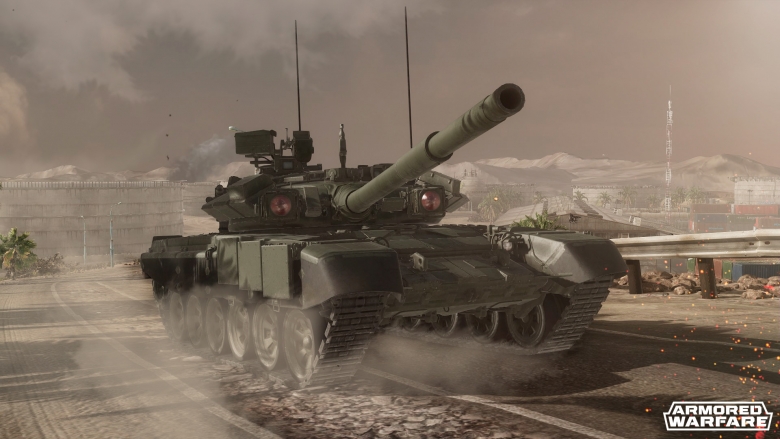 You can play with the T-90 in the Early Access phase of Armored Warfare.