The Abrams is, without any doubt, one of the most iconic tanks in the world and, today, we are excited to inform you that another version of this mighty vehicle is coming to Armored Warfare. Although, it actually isn’t an Abrams in the strictest sense of the word, but rather an image of what the Abrams could have become if the Soviet Union hadn’t collapsed. It is a technology demonstrator based on an Abrams hull and it is called Tank Test Bed or, in short, TTB. 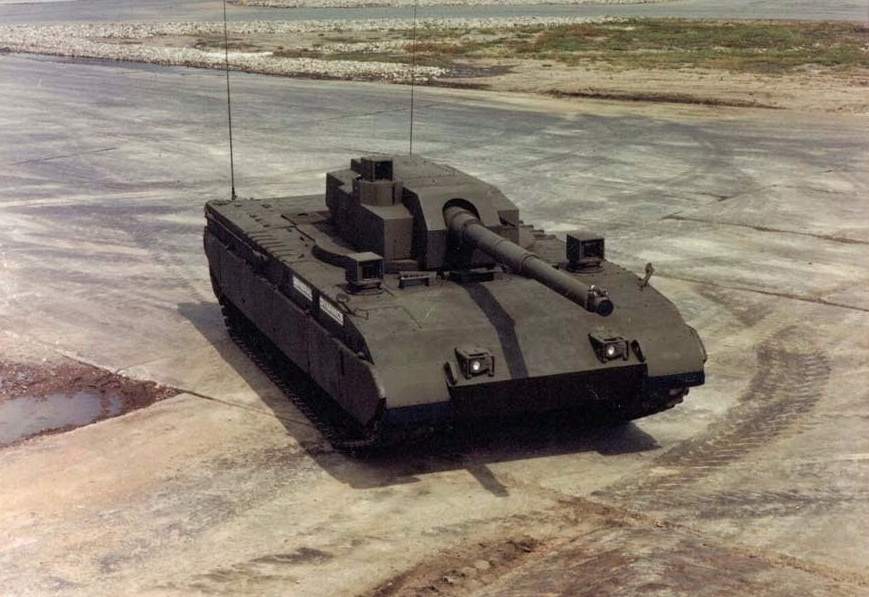 We’ve covered the history of the Abrams itself in our article series:

Let us therefore jump directly into the story of this particular vehicle.

As the Abrams production ramped up in the 1980s, the Americans were looking for new ways of making the tank much stronger in order to face the next generation of Soviet supertanks.

When it came to increasing its protection, simply adding armor to the standard Abrams wouldn’t cut it because such additions come at a price in the form of additional weight. In the 1980s, many tanks were already reaching the limit of what was actually deemed practical from the logistics point of view and it was clear that the process of significantly improving MBT protection levels would have to include a radical tank re-design. After all, the Soviets were of the same opinion and sometimes took it to extremes.

One such radical approach was to replace the conventional Abrams turret with an unmanned one and put the crew to the front of the vehicle. This concept was explored in a series of paper proposals and technology demonstrators with the 1980 Tank Test Bed one being amongst the best known.

In this modified Abrams hull, the entire crew of three sat in front (where only the driver would normally be), quite safely hidden behind the thickest armor. Fuel tanks were removed to make place for the extended crew compartment. The crew would use advanced cameras to aim the tank’s weapon systems that were installed in an unmanned turret, located where the standard Abrams turret would normally be.

This unmanned turret would be armed with the standard Abrams weapon (although quite modern at that time), the M256 L/44 smoothbore cannon. The gun would be fed automatically from a 44-round carousel magazine under it. It’s worth noting that, unlike on the Soviet design of the era, the 120mm shells were single-piece, which meant that considerable space had to be reserved for the mechanism alone. The shells would be stored vertically (tip down) and would be picked up and rammed into the gun by a loading arm.

The engine – the same 1500hp Avco Lycoming AGT-1500 turbine as on the standard M1 Abrams paired with a X1100-3B automatic transmission – powered the TTB, offering the test bed same basically the same mobility the normal M1 Abrams had with its maximum speed being somewhere around 70 km/h (albeit, without the speed governor, an Abrams was rumored to go as fast as 100 km/h).

Unlike other upgrade concepts, the TTB was actually built and tested, including its potential parts. The autoloader was trialed thoroughly, going over 60 thousand cycles without breaking down.

But the TTB was only the first of several stages of development that took place during that decade. Another similar vehicle called SRV (Surrogate Research Vehicle) was built as well without a turret. Its goal was to test different crew layouts and it was followed by the third phase, which was called ATD. Where the TTB and SRV used the power train of the standard Abrams, the ATD phase (Automotive Technology Demonstrator) would be used to test potential new propulsion solutions, including:

Both engines were built successfully and each of them significantly improved the tank’s fuel economy (by up to one half) while taking a lot less space than the standard Abrams turbine engine. Another tested component was a new hydropneumatic suspension that would take significantly less space inside the tank, allowing for a lower design but with the same automotive properties.

This mid-1980s research would then transform into a number of Block III proposals that featured additional radical ideas such as a larger caliber gun or modular armor, which would offer 35 percent more frontal protection and 48 percent more side protection. Other prototypes with conventional turrets were built as well, but that is a story for another time. 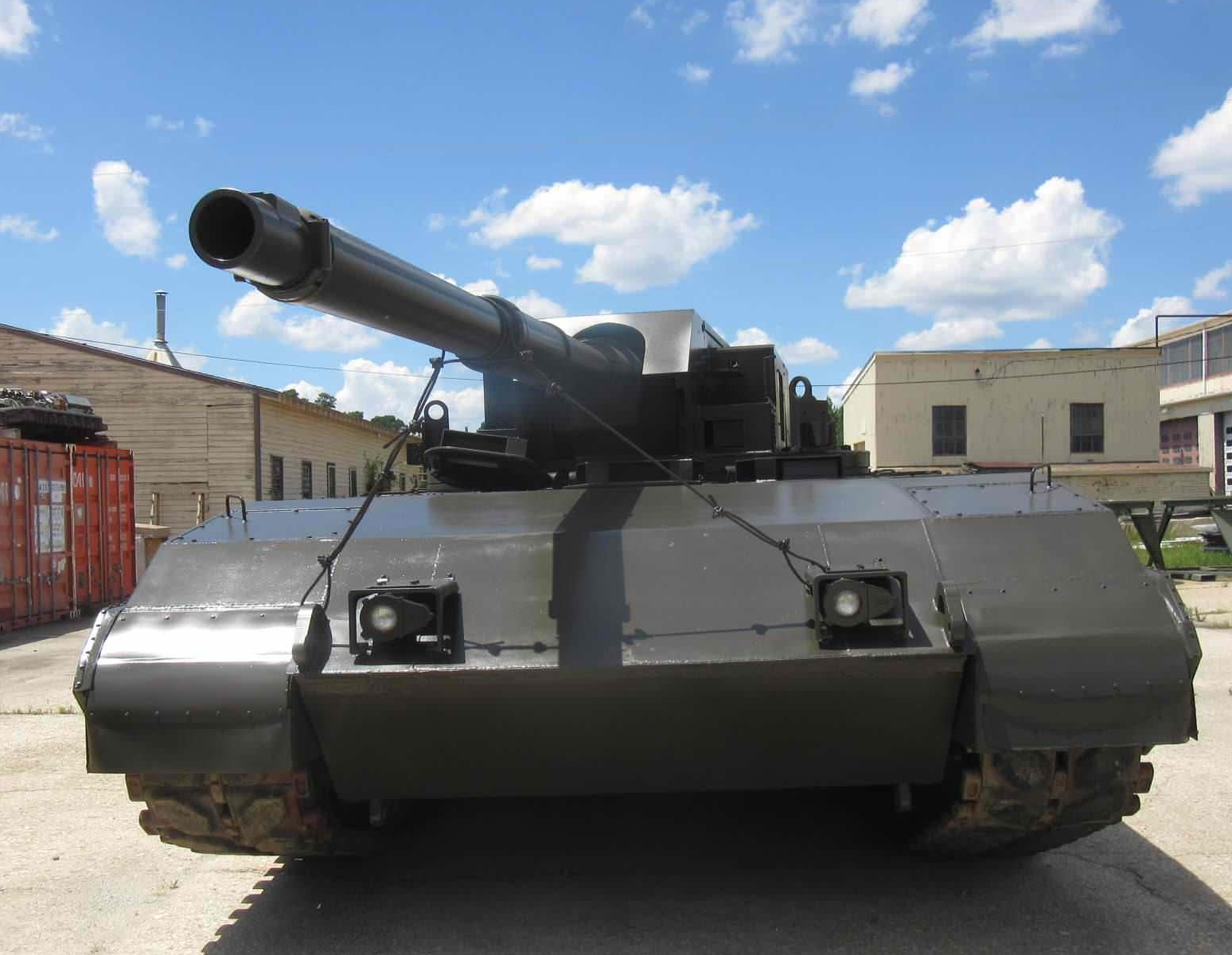 In Armored Warfare, the TTB will be a Tier 9 progression Main Battle Tank, unlockable from the M1A2 Abrams. Unlike the previous Oscar Faraday vehicles, the Update 0.30 ones will be unlockable directly from other vehicles of a different dealer, usually either related in playstyle or otherwise interesting.

One thing to note about the TTB in Armored Warfare is that it’s not going to be strictly realistic – more like our take on how a Block III Abrams would have looked like if it was produced in the 1980s and upgraded today to match the needs of modern battlefields the same way the Americans are upgrading the existing M1A2 series. As such, it will, for example, feature an APS. But first things first.

As MBTs go, the TTB will be somewhat akin to the Armata – a combination of good mobility with a relatively well-protected hull and an unmanned turret. The turret will be armed with an upgraded, automatically loaded 120mm smoothbore gun – in game terms this means that the tank will have no loader, but a six-round Ready Rack. 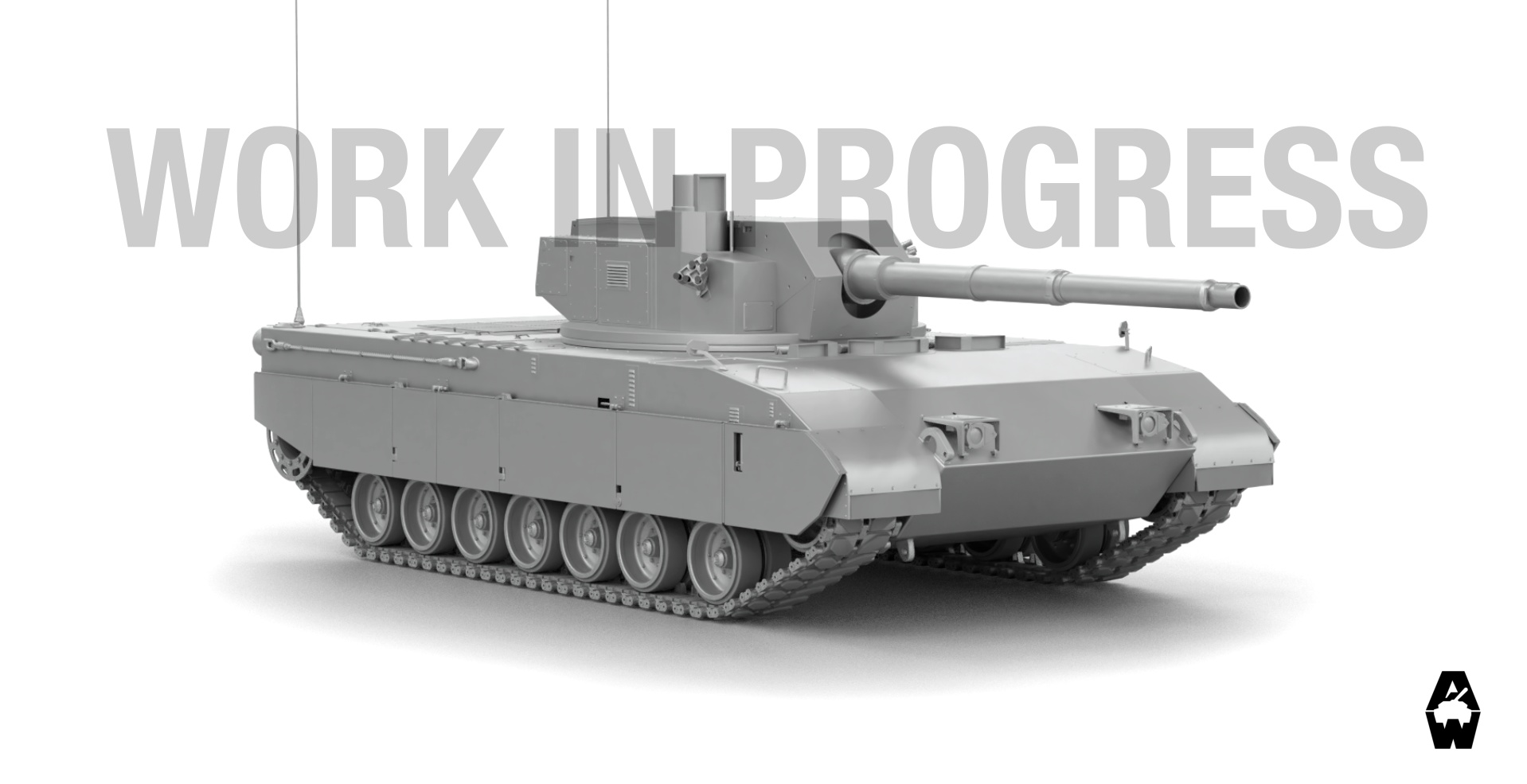 The armor will, of course, be composite, but – unlike on the real vehicle – its protection levels will be possible to seriously upgrade with the following items:

The mobility of this tank will be comparable to (if slightly better than) the M1A2 Abrams with two different engines available at start:

Both of them will nominally produce the same 1500 horsepower (not bad for some 49 tons!) – the difference will be in their behavior. The diesel engine will offer higher maximum speed (70 km/h) but lower acceleration past 32 km/h. The turbine engine will offer good acceleration across the board at the cost of lower maximum speed (60 km/h). Additionally, for the truly dedicated TTB players, an advanced feature will be available for unlocking: hydraulic suspension, allowing the vehicle either tilt forward or backward or get into the “hulldown mode”, increasing stealth and aiming time at the cost of mobility.

And then there is the firepower. The default M256A2 120mm smoothbore will be upgradable to the cutting edge XM360E1 120mm smoothbore. This gun will come with advanced shells with more penetration as well as an improved autoloader that will increase the carried ammo capacity by 16 rounds. 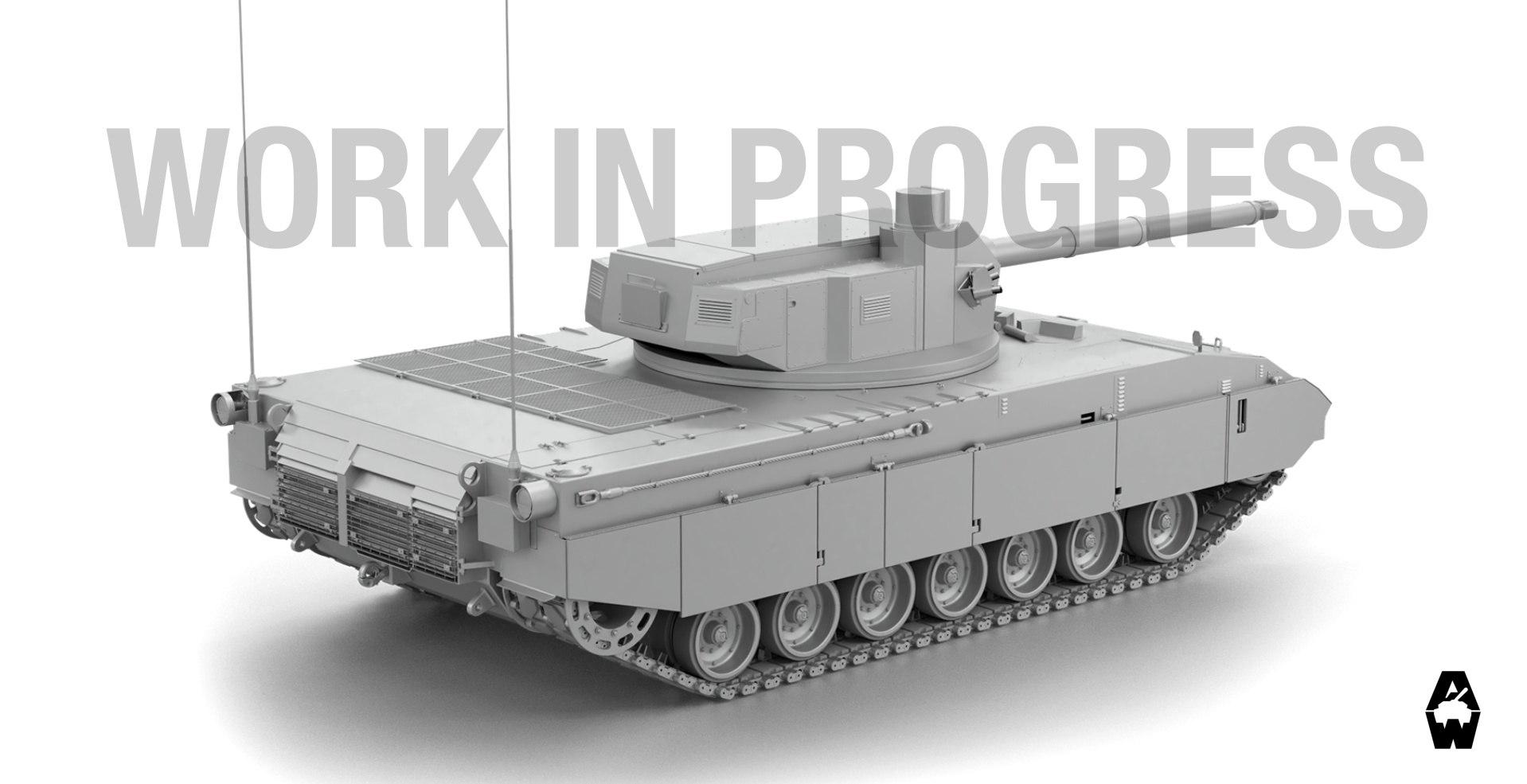 There are two more things you should probably know about this vehicle. For one, much like the M113 Hellfire, it will allow you to unlock a new retrofit that is coming in Update 0.30. Secondly, it will have access to the Engine Overdrive active ability, allowing you to accelerate better and drive faster for a short period of time at the cost of camouflage.

But, please note that, much like with the M113 Hellfire:

These numbers are very preliminary as the vehicle has not been properly tested. They are sure to change and should only be discussed as an indicator of how we’d like to set the vehicle up.

We hope that you’ll enjoy it and will see you on the battlefield!