Like some other well-known designs, the birth of the Abrams main battle tank was not exactly easy. In this series of articles, we will have a look at how it actually happened.

In order to get to the roots of the program that resulted in the Abrams main battle tank, we have to go all the way back to the 60’s when the Patton series of tanks was still the principal armored fighting vehicle of the U.S. Army. The Patton (including the latest modifications) was in fact the development of the old WW2 M26 Pershing medium tank. During several conflicts it proved itself to be somewhat effective but far from stellar - the Patton units of the Israeli army in particular suffered very high losses during the 1973 Yom Kippur war and while the issue was remedied later on (partially thanks to design changes and partially thanks to superior crew training), the reputation stain stuck with the American workhorse.

The American program to replace the M48/M60 series in fact started as early as in 1963 when the army decided to participate in the international development program with Germany (considered having plenty of experience in tank building). The program eventually resulted in the MBT-70 main battle tank, a new, unified tank for the NATO countries capable of surpassing all its opponents in power. The Americans requested cutting edge technology to be installed into the vehicle – a Shillelagh missile launcher, automatic loading, sophisticated fire control system and hydraulically adjustable suspension amongst other things. This sophistication turned out to be the downfall of the vehicle as by 1968, the project did cost five times as much as it was initially expected, which prompted the Germans to leave the joint program and focus on the development of their own - successful - line of Leopard tanks. The U.S. Army tried to tinker with the vehicle design further - resulting in the XM803 prototype - but the costs only grew and the entire project was cancelled after nearly a decade in 1971 because the U.S. congress refused to approve more money to be “invested” in it. 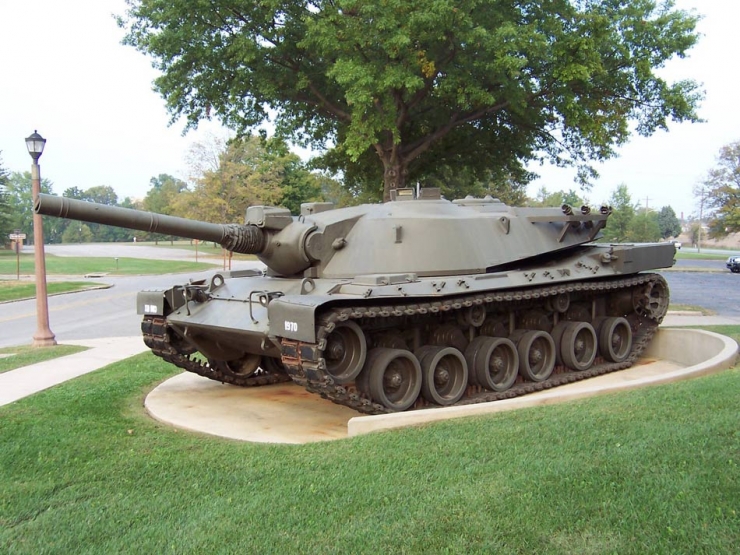 While the cancellation did save the American taxpayer further expenses spent on this failed vehicle, it did not solve the armor situation of the American military that was slowly becoming more and more urgent. The army therefore initiated a new project (designated MBT-75). They started by meeting the armor developers to discuss how realistic their demands were. This discussion resulted in a document called “Development Concept Paper” (DCP) that was – along with the maximum price of 500 thousand US Dollars per vehicle – passed to the Department of Defense. The document was approved in 1973 as the baseline for the new development program. Unlike the MBT-70, the upcoming tank was not supposed to undeniably be the best fighting vehicle in the world – it was supposed to be a reasonable, solid battle tank with its production costs fitting into the previously mentioned budget limit.

The DCP document proposed a design competition between two potential producers. With that in mind, the General Motors and Chrysler companies (that have shown interest in the contract) were tasked in June 1973 with producing one prototype of the new battle tank designated XM1 (the number was supposed to symbolize the new beginning) each. In the end, both vehicles turned out to look roughly the same – they both had seven roadwheels and a large, sleek turret. The really different part however was the engine.

The GM prototype was supposed to be powered by a conventional diesel engine while the Chrysler XM1 was powered by the Lycoming AGT-1500 gas turbine engine, producing stunning 1500 horsepower. The advantage of the turbine engine was apart from its very high power-to-weight ratio also the fact that it could run on multiple types of fuel. The fuel consumption was quite high but considering the fact that the turbine was smaller than a diesel of equal power, the vehicle did not have to be made larger to house bigger fuel tanks – they simply occupied the same space the diesel engine would have. 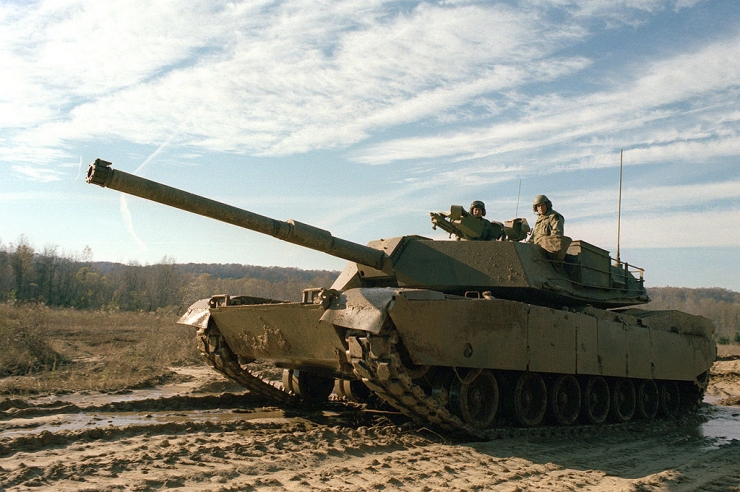 Overall the prototypes were not cutting edge, relying instead on proven technologies. New design elements used on the prototypes were based on experience from conflicts with Soviet-made vehicles, regardless of where these came from – for example, in July 1973 one of the American development teams visited the British research facility in Chobham to investigate the developed composite armor with ceramic inlays (later known as the Chobham armor).

Unlike the Soviet designers, the Americans considered the automatic loading system to be unreliable and preferred to use an actual loader crewmember. This approach had other advantages as well: the loader for example could replace other crewmembers and was available to help with other tasks required for the vehicle function (maintenance, repairs). It also allowed the designers to put an armored bulkhead between the crew and the ammunition (stored at the back of the turret), increasing the crew safety. In contrast to that, the crews of Soviet tanks were practically sitting on the automatic loader carousel, a flaw that proved to be the death of many a Soviet tanker later on in Chechnya.

The development of Soviet tanks also forced the designers to carefully consider the issue of tank main gun. In the end, they decided to use the older but well-proven 105mm M68 gun (basically a license-produced British Royal Ordnance L7). With the new APFSDS ammunition, the gun was capable of taking on the contemporary Soviet tanks. While this solution was considered to be sufficient at the time, the gun mount and turret were specifically designed to allow the gun to be replaced by something bigger in the future (when such a gun would become available). The use of the M68 also helped to uphold the NATO ammunition standardization.

Both prototypes were ready to be trialed in the February of 1976. The Germans – developing their own Leopard 2 at the time – were supposed to take part in the trials as well (with Leopard 2 AV) but its development was delayed and in the end the trials went ahead without it with Chrysler being eventually declared as the winner. The army was somewhat worried about the turbine but it was not an entirely new technology – this type of engine was by then successfully used in helicopters. Both the USA and Germany were still interested in unifying some of the parts of the tanks but it quickly turned out that both countries had too different opinions – the Americans did not like the German tracks, the Germans did not like the turbine and automatic transmission, they considered them to be too maintenance-heavy. In the end the only thing that remained unified was the cannon.

Based on the trial results, first 11 pre-series XM1’s were ordered with slight modifications compared to the prototype (different gun mantlet, different roadwheels and such). The turbine was initially problematic as well and had to be modified to work properly – the dust filters were at first not very effective and the fuel system under certain circumstances caused the turbine to shut down. Furthermore, the suspension was prone to getting so much dirt on it that the tracks would go off. The transmission and tracks too had lower lifespan that was required. Most of these issues were however hammered out during series of rigorous tests in 1978 and the 1979 tests have shown the XM1 to be reliable and rugged. The only consistent issue turned out to be the one of logistics since the vehicles consumed large amounts of fuel, straining the supply chain. 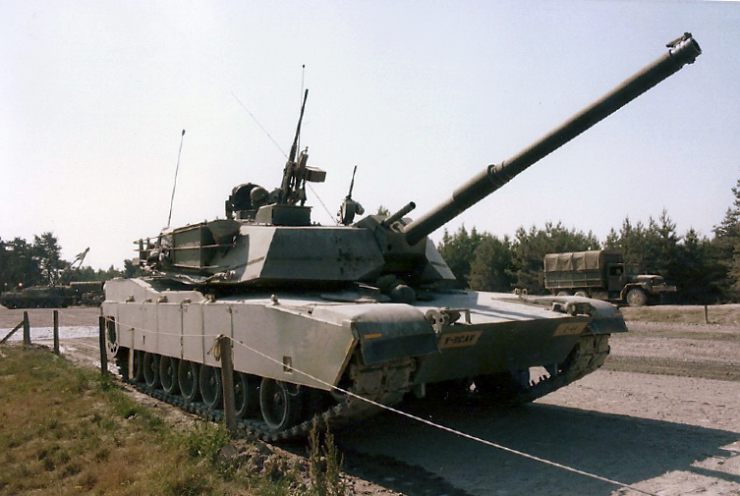 Following these trials the Department of Defense ordered by the end of 1979 54 mass-produced M1’s to equip the first tank battalion (later on the order was increased to 110). The first mass-produced M1 was transferred to the army on 28.2.1980 in Lima (Ohio), where the production plant was located. The vehicle was officially named “Abrams” (after General Creighton Abrams) and it was christened by Abrams’ widow personally – that particular vehicle was named Thunderbolt in honor of Creighton Abrams’ personal tank from Second World War.

But that was only the beginning...