In the last part, we followed the fate of the XM1 prototype until its introduction into service as the M1 Abrams main battle tank. Today, we are going to have a look at what followed.

The Department of Defense ordered a whole bunch of Abrams tanks and sent them straight to the first battalion that was to be equipped with them. It wasn’t just the usual military use, more like an extended period of testing, even though the mass-produced vehicles already featured some improvements over the prototypes (for example the extended rear of the turret, different loader’s machinegun, additional IR headlights and numerous other changes). 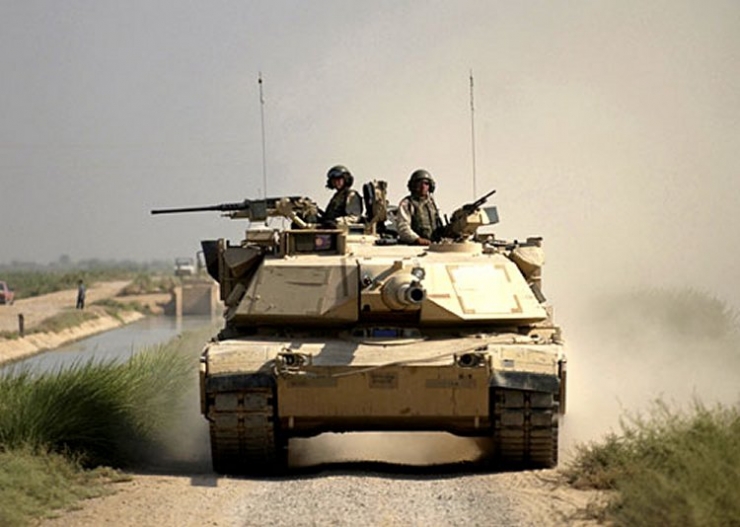 During the extensive military use/testing, multiple issues were uncovered and fixed – usually, these were connected to the actual use of the vehicles, not being significant design flaws per se. The vehicle was also criticized at first by the public but the crew and unit commanders were actually quite happy with it. It was a solid, useful battle tank and that was what they actually wanted from the start.

The output slowly grew and in 1982 the Abrams production also started in the Arsenal Tank Plant in Detroit. In the March of 1982, Chrysler got into financial trouble and was forced to sell the entire Abrams production to the Land Systems division of General Dynamics. Nevertheless, in 1983 and 1984 the production grew further - first to 60 and then to 70 tanks per month.

As was mentioned earlier, the original Abrams was equipped with the M68 105mm gun (a version of the ubiquitous Royal Ordnance L7). Shortly after the introduction however, plans were already underway to improve the Abrams armament in order to give it significantly more punch. Numerous weapon systems were tested (including American, British and German guns) and in the end, the German Rheinmetall 120mm smoothbore gun was chosen as the M68 replacement. The advantage of this gun was that apart from being more powerful, it did not require a significant overhaul of the turret - only partial modifications were made to the mount and the mantlet. The only noticeable effect was the reduction of the tank ammunition capacity from 55 to 40 rounds (36 in the rear compartment of the turret, 4 in the hull). The Americans also simplified the Rheinmetall breech system (something the Germans decided was actually a good idea and did the same thing later on). This modified weapon received its “M256” designation after its successful firing trials in Aberdeen in 1980 and even now remains one of the most powerful tank guns in the world. 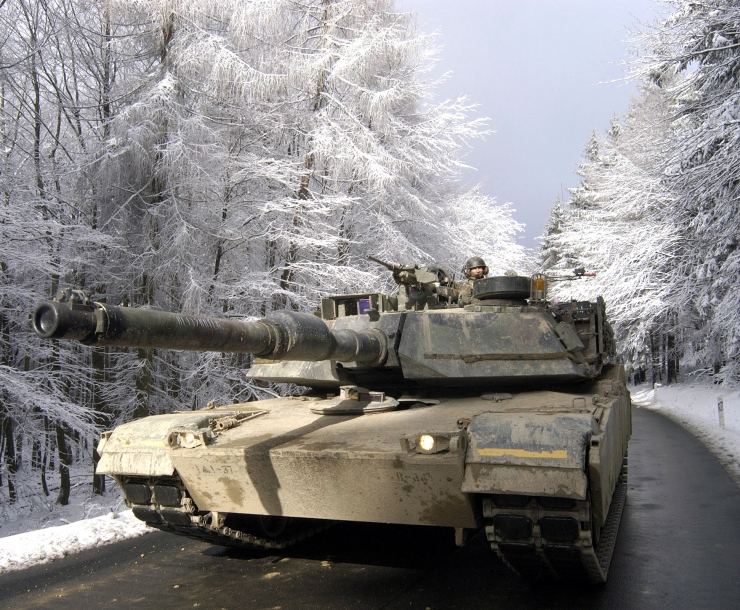 In the early 1981, a test batch of 14 M1E1 tanks was produced – these were simply the M1 Abrams tanks, armed with the new 120mm gun and with different (improved) frontal turret armor. The M1E1 was essentially a pre-production model of the later M1A1 Abrams tank, the first major upgrade of the series. Before the M1A1 production could start in earnest (the plan was to wait for the end of the gun trials), an interim model called M1 IP (Improved) was produced as well. The IP received – apart from the abovementioned changes – also an improved suspension and a modified transmission model. The vehicle was also pressurized to protect the crew from poisonous gasses. The frontal turret was – as mentioned above – strengthened and there were some internal modifications as well (different item/device layout). All this came with a price tag however – the extra armor and the bigger gun were both heavier. The weight increase reduced the vehicle’s maximum speed by 6 km/h amongst other things. 894 IP Abrams tanks were produced in total and with the exception of the frontal turret armor modification, all the older M1 tanks were refitted to the IP standard as well.

What really got the Abrams crews happy however were the armor tests. Around the time of the abovementioned refit the army performed numerous tests with Soviet ammunition (kindly provided by the Israeli military from the captured stock) against the Abrams armor and compared the results to the M60 armor tests. The results were impressive – shots that ended in complete destruction of the M60 tank did sometimes not even slow the Abrams down. These firing tests were shown to the Abrams crews and the morale increase was very noticeable. They could not be shown to the public for obvious reasons but the same footage was presented to several members of the U.S. Congress who opposed the project earlier on, finally silencing the worst critics of the (admittedly expensive) program. The United States finally had what was certainly one the best battle tanks in the world at that time, if not the best.

The first units to be equipped with the Abrams tanks were the 1st Cavalry Division and 2nd Armored Division. The re-arming was relatively smooth and the vehicles were reported as reliable. The Abrams earned quite a reputation during the 1982 REFORGER exercise between the USA and Canada – the turbine-equipped vehicles were so silent that they were capable of sneaking up on “enemy” formations, earning the nickname “Whispering Death”. Another major advantage – as it turned out – was the engine maintenance time: the entire powerpack could be changed in the field in one hour (for the M60, it was four hours) since the turbine was small, modular (and also notably more reliable than the M60’s diesels). There were drawbacks as well however, as the tank consumed large amounts of fuel while the logistics units on the paper remained unchanged. For example, the M60A3 operational range was 483 km for its 1420 liters of fuel, while the Abrams range was 499 km for 1908 liters of fuel (an increase in fuel consumption by roughly one third). Despite this issue, the Abrams was firmly embedded as the U.S. Army’s main battle tank of choice and no-one disputed its qualities.

The tank evolution did not stop with the M1A1. A large upgrade program (starting under the “M1A1 Block II” designation, later on it would be known as the M1A2 version of the Abrams) was initiated in 1988, resulting in almost the entire vehicle being overhauled, specifically by installing new, very modern technologies – the entire vehicle was fully computerized with full redundancy (the system is extremely resilient). The overhaul included not only the commander’s control system but also new sights for the gunner – the system is capable not only of following ground targets, but slow flying targets as well and the accuracy of the vehicle became extremely high.

Unlike the Soviet designs, the Abrams established itself very well in combat during the Gulf War and the Iraq War, sweeping all the opposition aside. Also unlike the Soviet designs, it was however never widely exported (save for several “trusted” countries) and much of its success can arguably be attributed to the quality of possibly the most powerful military in the world (in contrast to the very poor quality of almost all middle eastern armies). 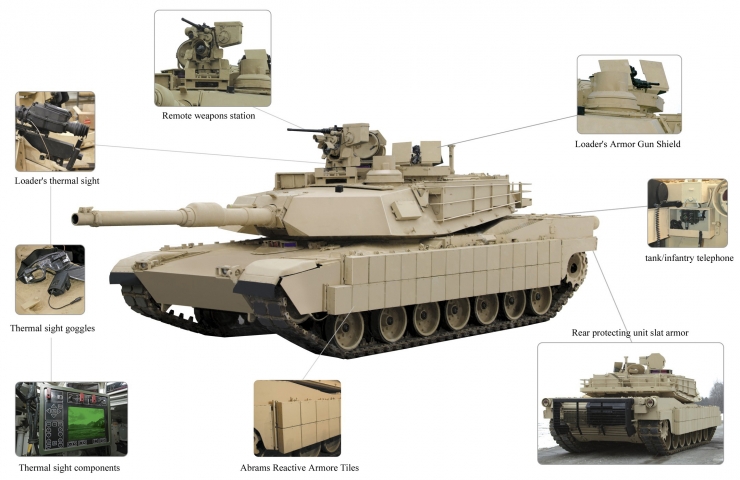 The evolution of the Abrams is also ongoing – one of the current most advanced versions is the M1A2 SEP v2 (featuring very advanced armor elements amongst other things, there is also the TUSK system) but the future of the Abrams battle tank is somewhat unclear. According to some sources, the U.S. Army is looking into developing the Abrams program further (the proposed M1A3 version) but with the budget cuts, the focus of the following years will almost certainly be the upgrade of the older M1 models to the latest standard. How and when will the Abrams evolve further is not known but one thing is for sure – the United States will not let one of their best weapons fade away. It’s quite certain the Abrams will be used for years to come, possibly even decades.