As you might have already guessed from the title of this article, we have decided to introduce another T-series vehicle to the game – the T-72M1 Main Battle Tank. 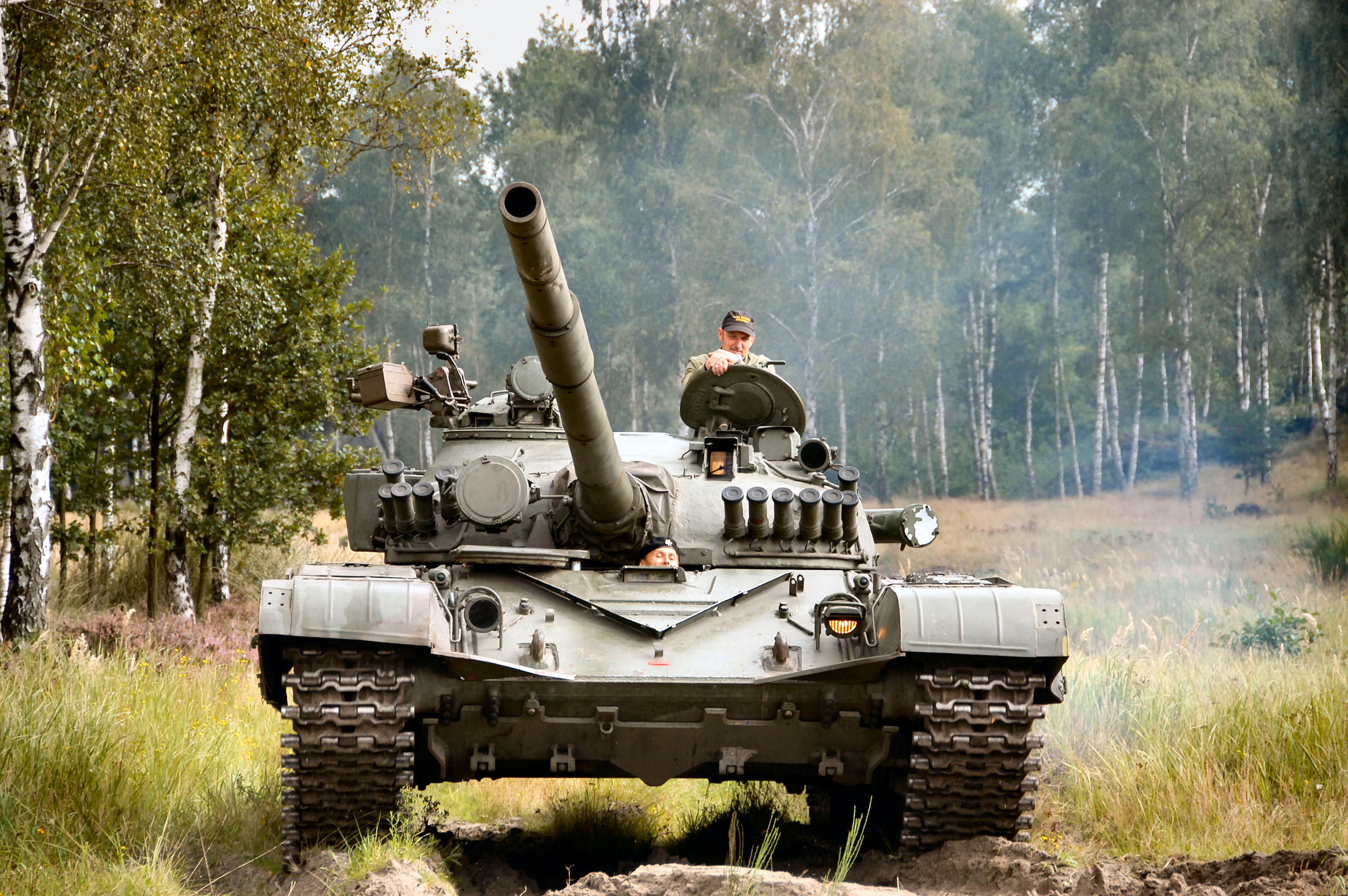 Now, we can already imagine the first questions that are coming to your mind. Why introduce another such vehicle when we just had a series of Russian or Soviet tech? Why introduce a vehicle that’s for all intents and purposes very similar to a progression one that’s already in the game? Who is this vehicle aimed at?

Rest assured that we are going to answer those questions below, but first, let’s talk a bit about what the T-72M1 MBT actually is.

The T-72M1 is an export version of the T-72A Main Battle Tank. Contrary to popular belief, it’s not really a downgrade compared to the Soviet original even though the western community likes to refer to the export T-series variants as “monkey models.” This derogatory moniker typically includes the T-72M1, which is likely a mistake based on western analysts mixing up the T-72M and T-72M1 models in the past.

The T-72 series was the only third generation Soviet MBT series approved officially for export and foreign license production during the Soviet era (technically some of them still counted as Medium Tanks but for the purposes of this article, we’ll be calling them all MBTs). The approval took place as early as in 1976 with the first export models actually being three variants of the original T-72 Ural. These were exported to various countries of the Warsaw Pact as well as to the Middle East. 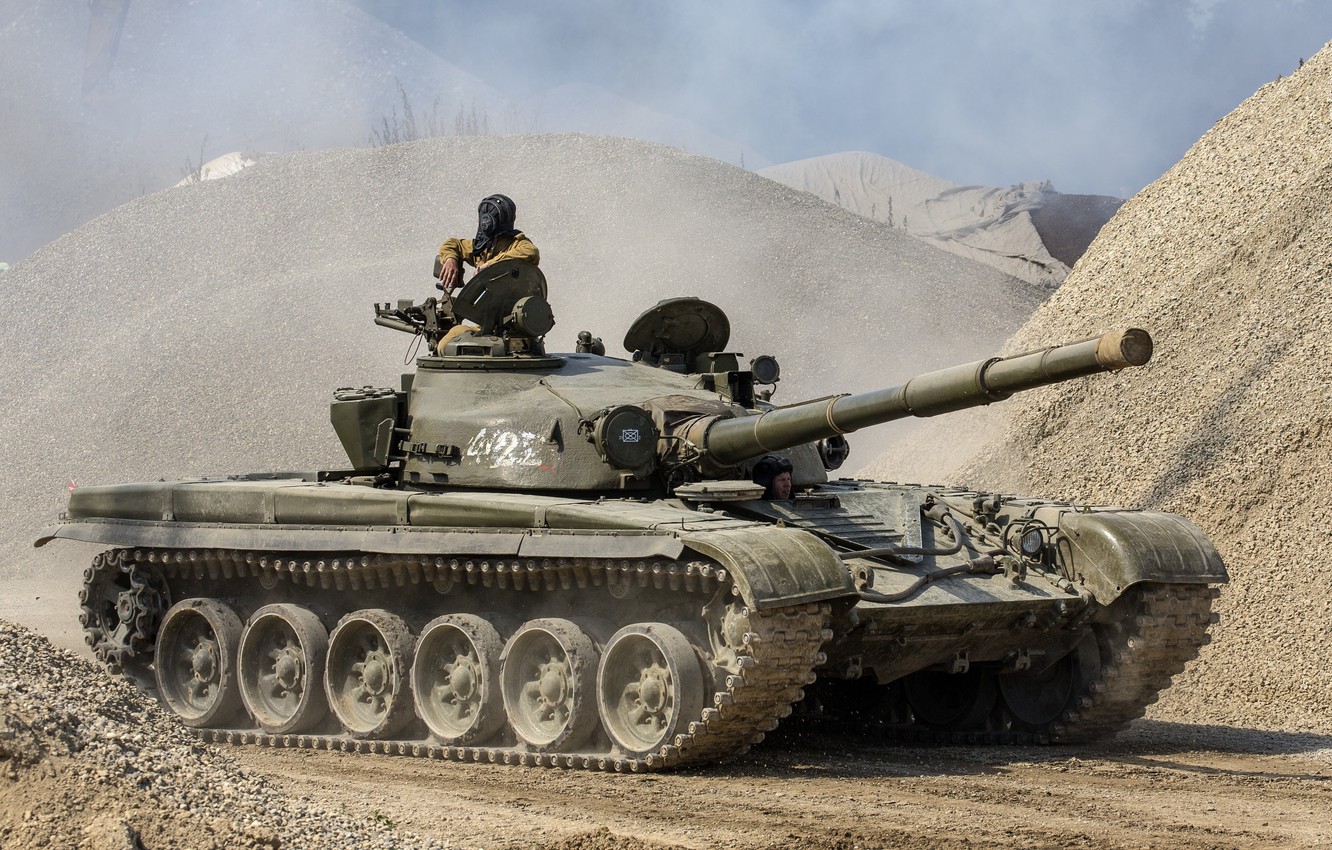 The main T-72 export model came, however, a few years later, in 1980. The T-72M was sort of a hybrid of the T-72 Ural and T-72A models. It was classified as an export variant of the T-72A (which featured frontal composite armor), but it only had a steel turret, significantly reducing its protection levels compared to the Soviet domestic version. Nevertheless, it was affordable and incredibly popular. It was used and produced in the thousands and saw a lot of combat in Operation Desert Storm.

The final “main” export variant, the T-72M1, came in 1982. This version was not exactly a copy of the T-72A, but rather an improvement of the older T-72M. It received, amongst other things, T-72A’s composite turret and an additional 16mm steel plate covering its upper frontal hull. These two tanks then became a baseline for a large number of post-Soviet or local upgrades.

The exact amount of produced T-72M1 vehicles is not well-documented and various sources come with different claims. These tanks were produced in the following countries:

The numbers above only include newly produced machines. Additionally, hundreds of older Czechoslovak tanks were sold off later. For example, between 2005 and 2006, Georgia received 55 T-72M1 MBTs, which were then used during the Russo-Georgian conflict of 2008. Many of them ended up in Iraq after the Iraq War. 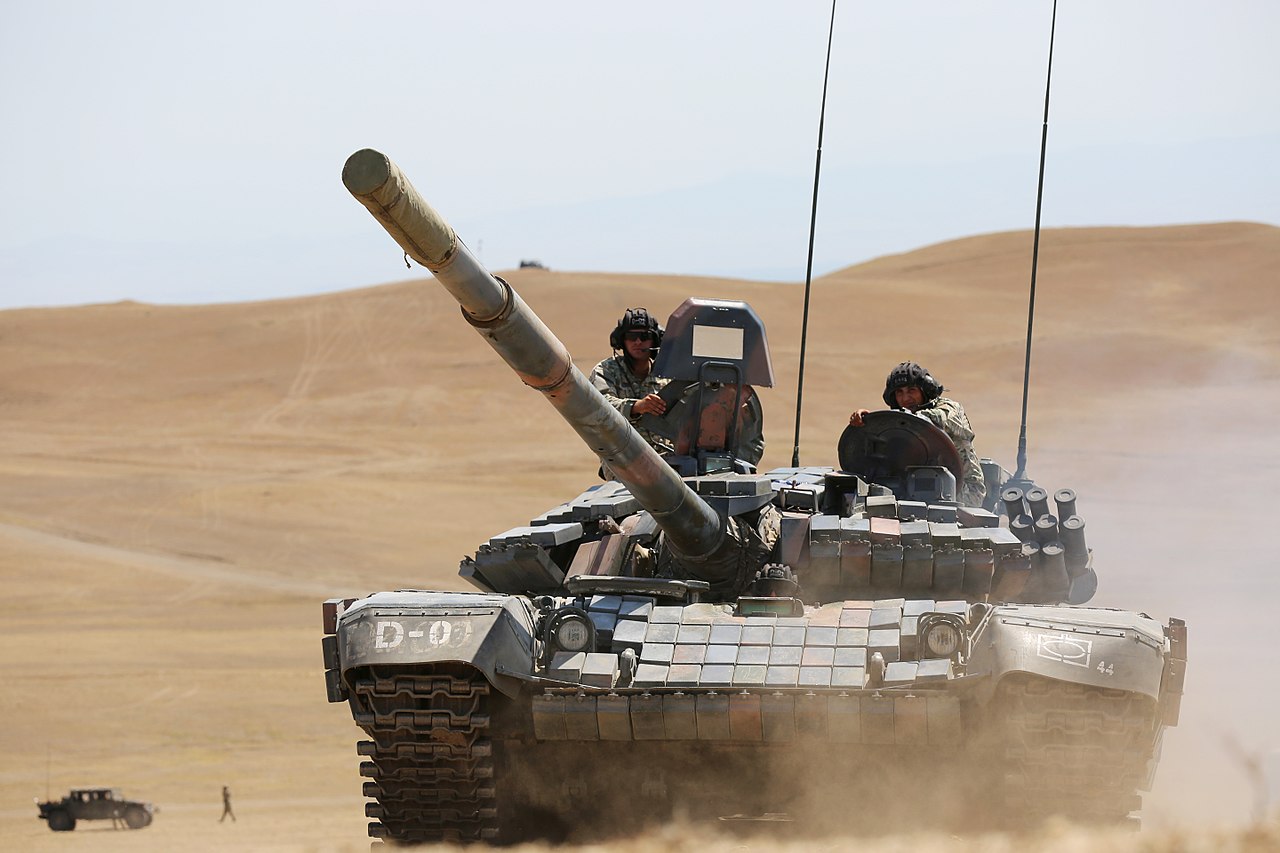 In Poland, the production of the T-72M and T-72M1 models started in 1986 and continued until 1992 with 1610 tanks of both types built. East Germany bought a substantial number of these from the Polish. Roughly one half of these tanks were exported to East Germany, Hungary, Yemen, Iraq, Iran, Yemen and Syria. 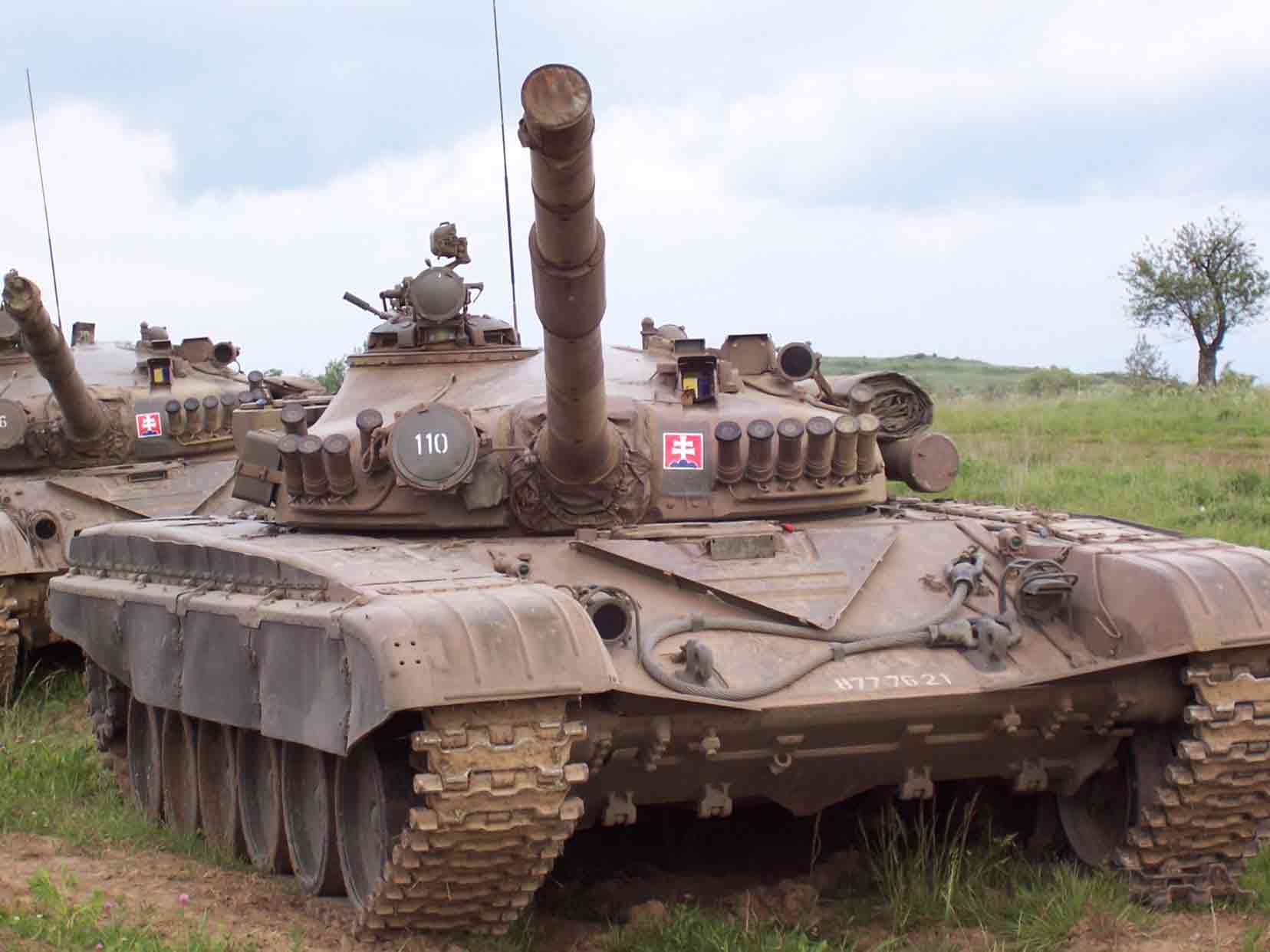 In some cases, these former Warsaw Pact tanks had truly interesting careers. Between 1984 and 1990, roughly 70 Soviet T-72M1 MBTs were exported to Finland. The reasons for this were more or less political. Finland had a very interesting, if somewhat strained, relationship with the Soviet Union ever since 1945 and these acquisitions were a side effect thereof. Regardless, in 1992, Finland purchases 97 more tanks of this type from Germany, which got them from the East German military, which in turn got them from Czechoslovakia and Poland. After they were phased out in 2003, a part of them ended... back in the Czech Republic. A portion of them would apparently end in Iraq later on.

India produced its own T-72M1 version under the name Ajeya. The data is really hard to find and the sources differ, but it seems that apart from the direct purchases from the Soviet Union, India built roughly 1000 of its own T-72M1 tanks in Avadi. India currently operates approximately 2400 vehicles of this type. 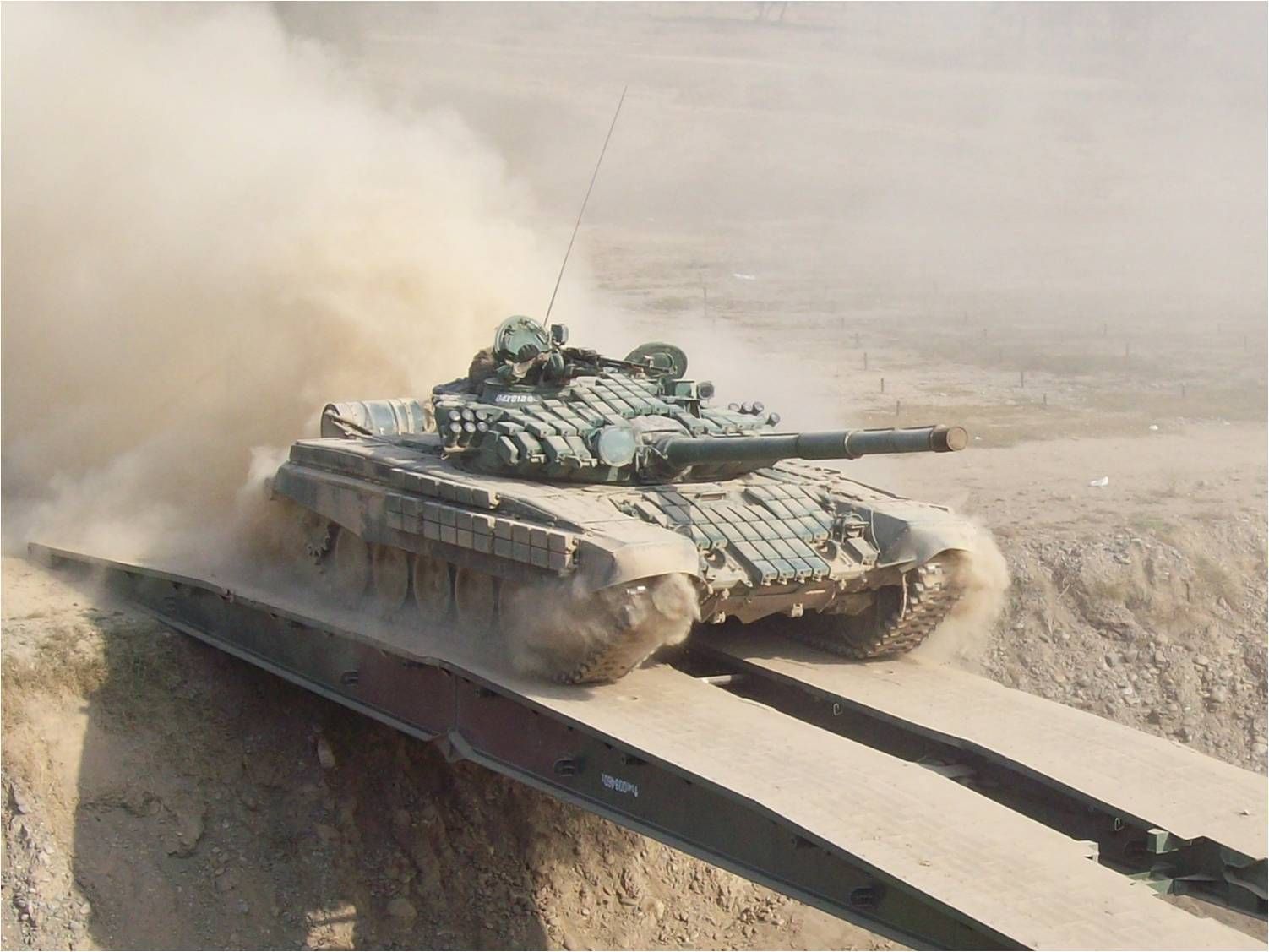 In total, roughly 5000-6000 T-72M and T-72M1 MBTs were built. They were best known for their unsuccessful participation in Operation Desert Storm, but would appear in pretty much every conflict of the 21st century. Now, decades after their first introduction, they might not exactly represent the cutting edge of warfare, but are still the reliable workhorses of many an army. 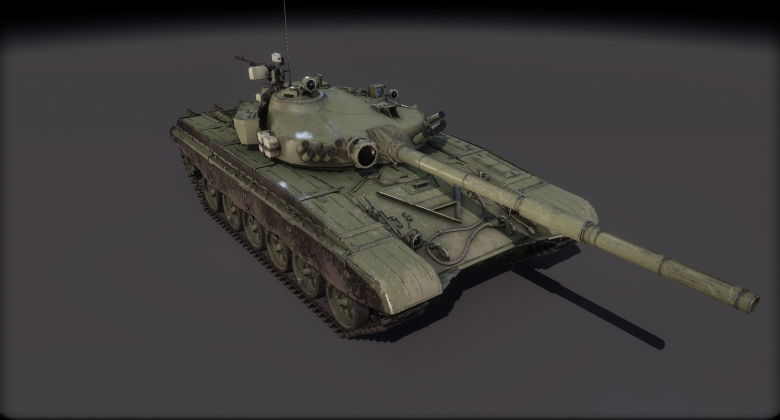 In Armored Warfare, the T-72M1 will be a Tier 5 Premium Main Battle Tank.

The model we are working on is based on an East German vehicle from the late 1980s. Gameplay-wise, the tank will be similar to the T-72A progression MBT, only without the Kontakt-1 ERA upgrade. There isn’t much that can be said about its performance otherwise – it will perform adequately, but it won’t outperform other vehicles on the same Tier. 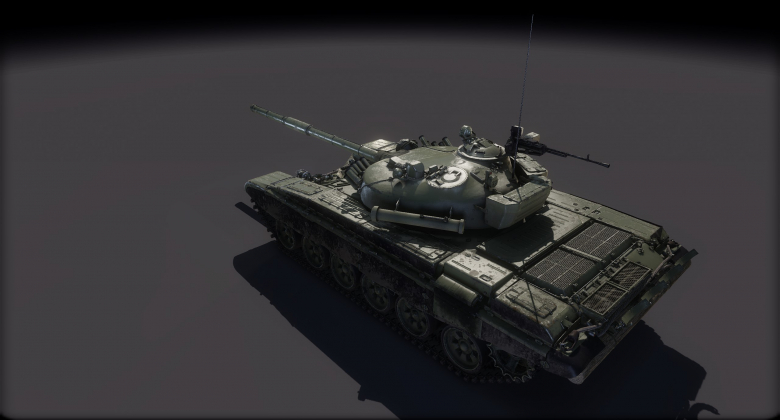 There will be some visual differences between the T-72A and T-72M1 models. Most obviously, the T-72M1 is missing the radiation lining on top of the turret, there’s the 16mm steel plate on the hull and the stowage box layout is different.

But let us finally get to the point of this vehicle’s introduction. 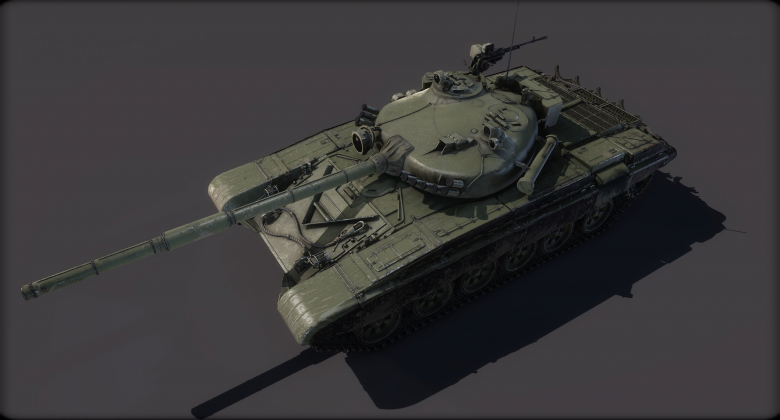 Since the beginning, we considered different ways how to enhance the future Desert Storm Raid experience even further. It will be our first Raid based on a real-life event and it will feature several appropriate visual customization options such as the Mk.3 ODS skin for the Challenger 1 MBT.

We thought it would be appropriate to include a separate Premium vehicle and from there, we started considering various candidates. We wanted the Iraqi side represented as well and the T-72M1 did fight during the Desert Storm operation in Iraqi hands.

But the real reason we chose it runs a bit deeper.

Armored Warfare has tens of thousands of players, many of whom come from the countries that used or use the T-72 series MBTs. By introducing this vehicle as a separate platform, we’ll also be able to produce various skins for it. This tank served all around the world and we’re sure that many of you would like to see your specific configuration represented in the game. 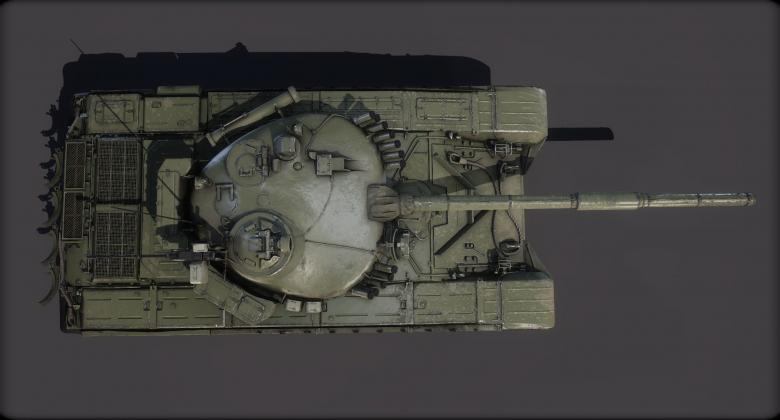 Without having a separate T-72M1 model, this would be difficult to do. The reason for that is that none of these countries historically used the Kontakt-1 ERA, which is an integral part of the T-72A model and cannot be excluded from skins in general. We’ll also be potentially able to use this model in the future as a baseline for various highly requested vehicles that wouldn’t otherwise work as simple skins.

Regarding the T-72M1 itself, it will be available at the start of the Desert Storm Raid event. To enter the Raid, you’ll either have the option to purchase it for Gold, or to enter the event for free by completing 10 Contract Missions as usual. 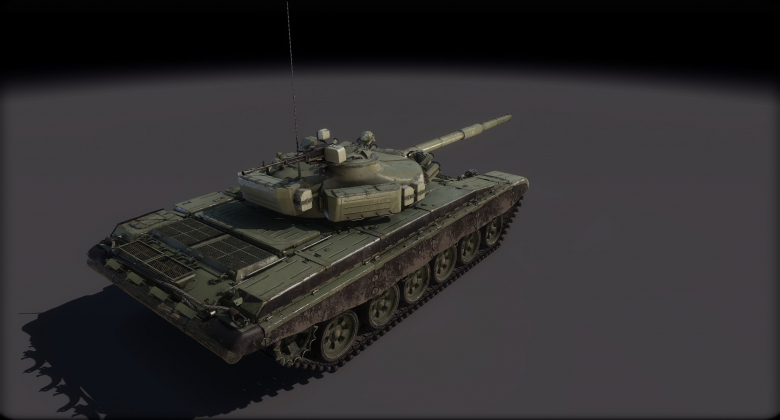 And, finally, as for the future, there’s one more Russian (or, rather, Soviet) vehicle that awaits you in the foreseeable future (yes, it will be obtainable for free) and then we’ll start taking a look at more western designs. We’ll also tell you more about the other Desert Storm Raid skins soon. Stay tuned and, as always:

Learn more about the next Contract Mission reward vehicle that is coming in Update 0.35