With a little over two weeks left on the ongoing Echoes of War Battle Path, we’d like to start telling you more about what’s next for Armored Warfare. As we already hinted at in a previous article, we are planning a major event in honor of the 30th anniversary of Operation Desert Storm and, as some members of our community already correctly guessed, this event will be a Raid. 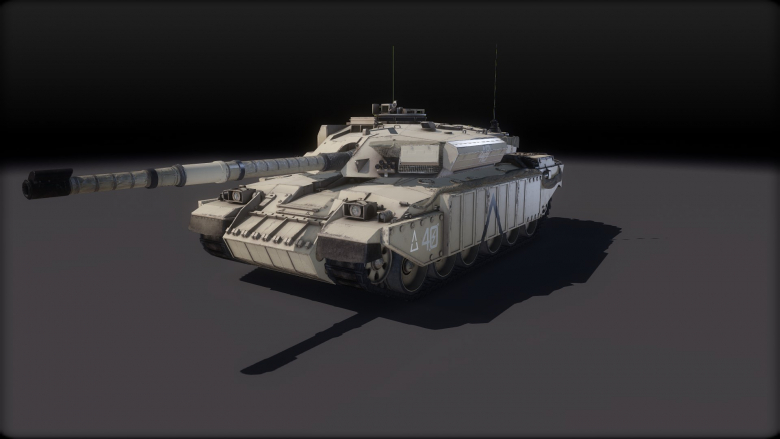 The Desert Storm Raid that is coming in April will feature four different skins based on the actual vehicles that took part in the February 1991 fighting and since the operation was a multi-national effort, each skin will also belong to a different nation. Today, we’d like to start with a British one for the Challenger 1 MBT, called Challenger 1 Mk.3 ODS.

The British part of Operation Desert Storm was called Operation Granby. The operation began on January 15, 1991 with the first air raids by British Tornado fighter-bombers starting the next day. The Tornados proved their worth during the month that followed as rugged aircraft and achieved great results, but the land phase, which began on February 24, was no less successful. In fact, some of the achievements by the British, such as the longest tank to tank kill to date, are yet to be beat. Within 66 hours of the fighting, the British managed to advance almost 300km across Iraq (a feat almost unheard of) and destroyed no less than three armored Iraqi divisions in the process.

Much of this success can be attributed to the Challenger 1 Main Battle Tank, the workhorse of the British Army and one of the best MBTs of its era – if not the best. Of the 420 vehicles built in total, the British deployed 221 during the operations. These vehicles belonged to the following units:

Both brigades had previously been deployed to Germany and were moved to Saudi Arabia from there in November 1990 as a part of a major military buildup. Before the fighting commenced, these vehicles were modified as such:

Additionally, thorough maintenance was performed on them since the vehicles had previously suffered due to a lack of spare parts. The primary version used in the conflict was supposed to be the Challenger Mk.3 with the older Mk.2s fitted with extra armor and referred to as Mk.2 ACB. 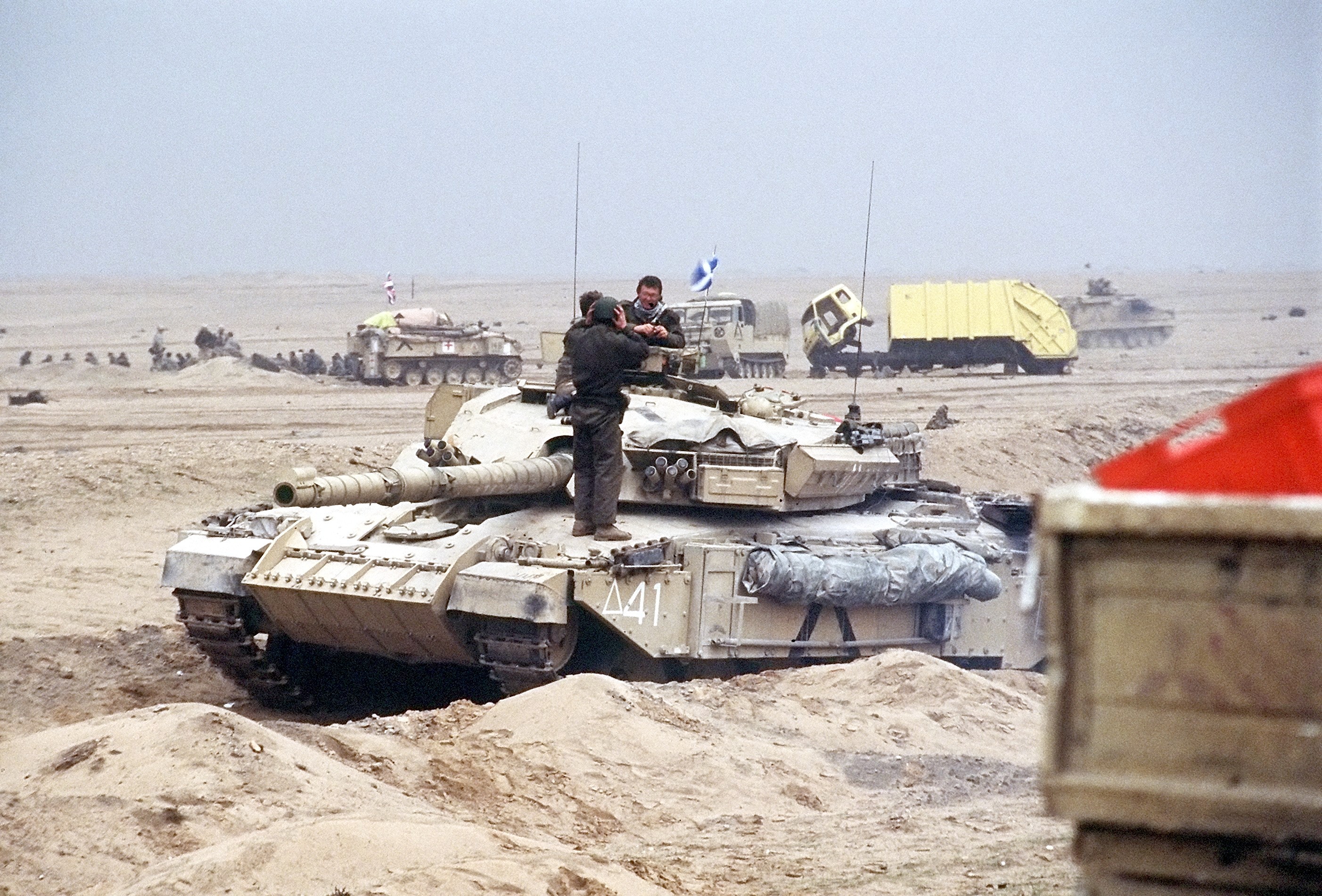 Each vehicle also received a dozen L26A1 Jericho depleted uranium rounds to use against enemy MBTs, specifically the various older T-72M tanks in Iraqi service. These were thought to be a major threat, which warranted the use of this specialized ammunition.

The tanks were sent into action with the beginning of the ground phase (Operation Desert Sabre).

Despite Challenger’s nearly mythical protection levels, the intended tactic for the vehicle was in fact to stay as far as possible from the enemy. The advanced TOGS optics played a major role in it, allowing it to engage its targets at up to 3km. Should an enemy get closer than 1500 meters to a Challenger 1, the standing orders were to actually retreat and re-engage from a safe distance. At 3000 meters, nothing the Iraqi had could realistically threaten the Challenger. In reality, the fighting rarely took place at such long distances due to weather and the nature of the conflict, but, nevertheless, those were the orders. 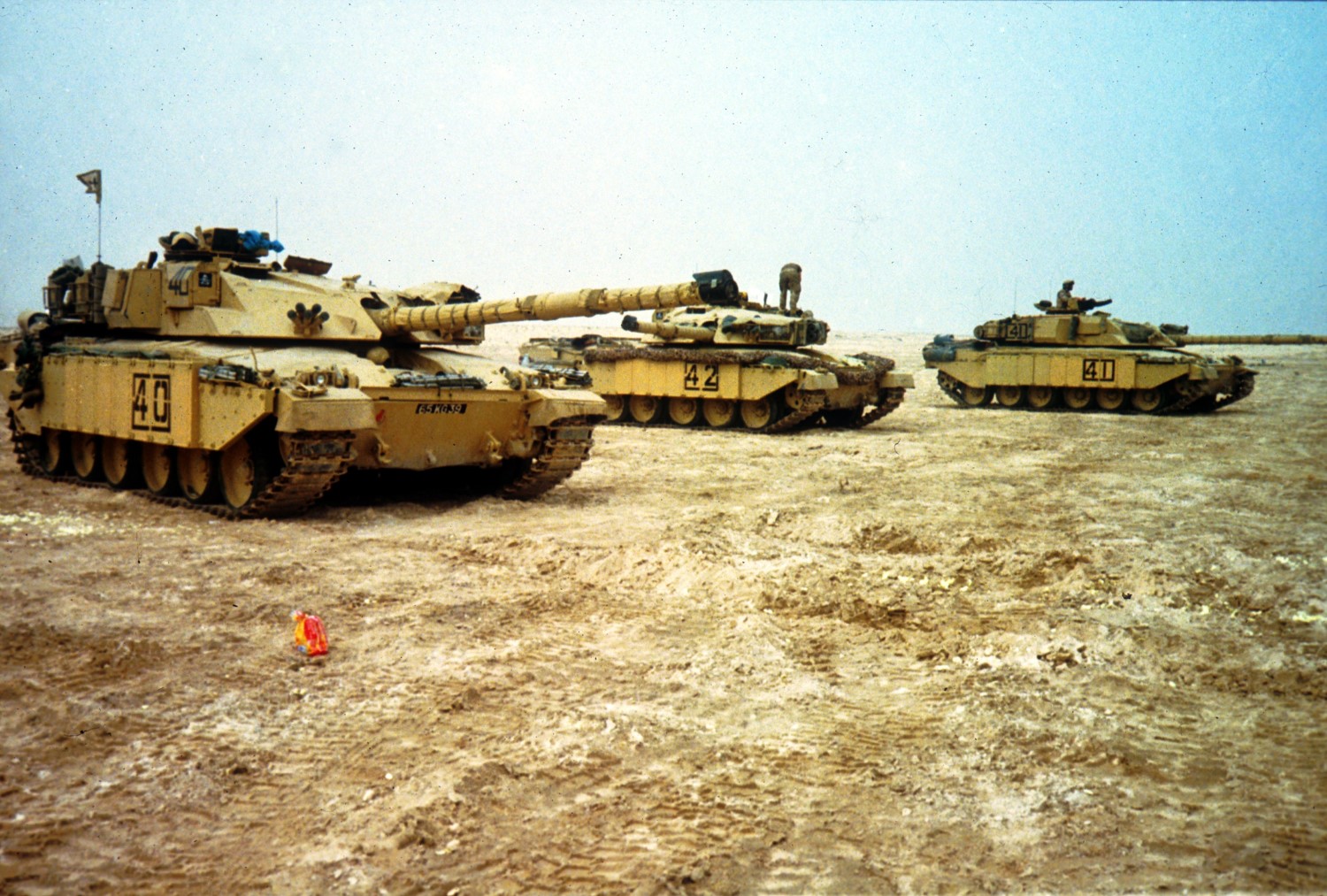 The swift advance of British forces was also possible thanks to the massive use of GPS, something the Iraqi had no equivalent of. Situational awareness is one of the key elements of success in any conflict and the system made sure the British did not get lost in the desert and were always on target.

The abovementioned armored units took part in the “left hook” part of the operation in an attempt to deal a serious punch to the Iraqis. In particular, the Challengers participated in one of the largest tank battles of all times, the Battle of Norfolk, which began only two hours after another (and more famous) armored clash, the Battle of 73 Easting. 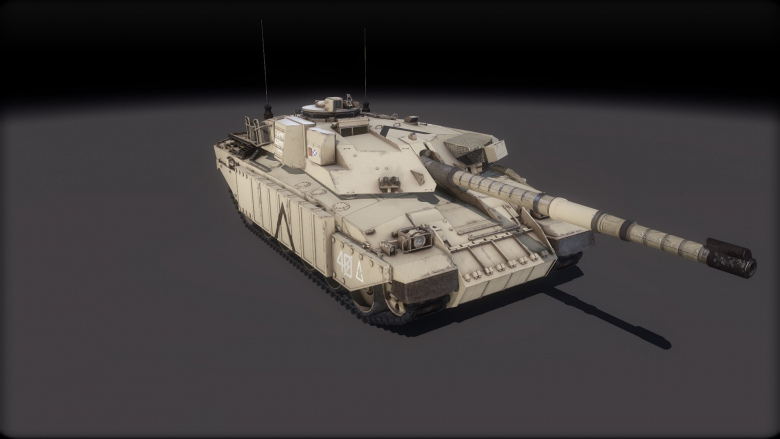 In this battle, one Challenger MBT belonging to the Royal Scots Dragoon Guards achieved a tank kill at 5110 meters, an incredible feat. The second longest tank also belongs to a Challenger and took place in the same battle. It’s worth noting that both kills were achieved using standard armor-piercing ammunition, not the Jericho rounds. The British didn’t lose a single Challenger that day, but were responsible for destroying or capturing at least 300 Iraqi tanks and over a thousand other vehicles and artillery pieces while losing 15 men in combat with 43 more wounded. 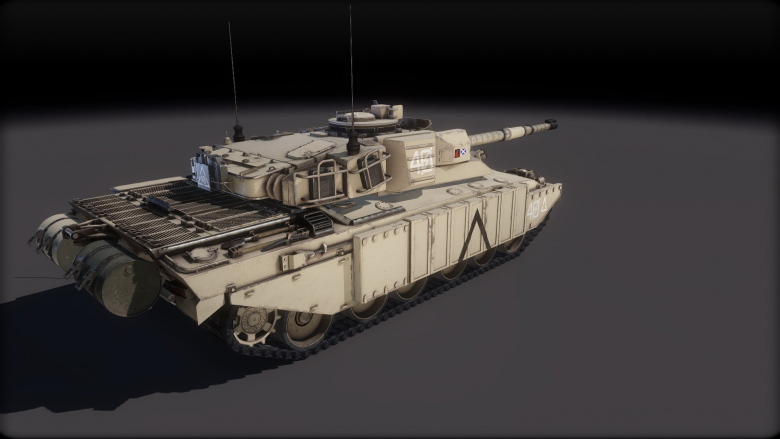 The skin we are introducing is based on a Challenger 1 MBT belonging to the Royal Scots Guards (and therefore to the 7th Armoured Brigade). It will be available to the Tier 7 Challenger 1 progression MBT. 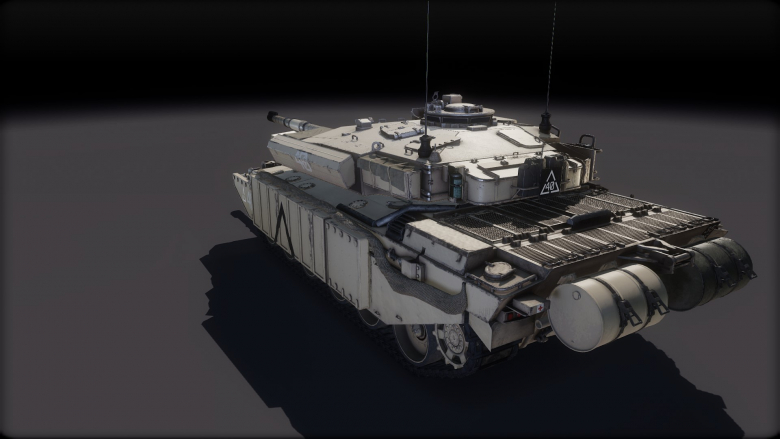 It features the correct paintjob and unit insignia along with the Operation Desert Storm visual upgrades, such as the additional stowage on its turret and proper external fuel tanks. Note how one of the fuel tanks is unpainted – this is historically accurate, as not all fuel drums were re-painted after the transition from Germany.

Various camouflage nets are also placed in stowage bins and the model has plenty of new, tiny details to make sure the vehicle’s appearance is realistic. 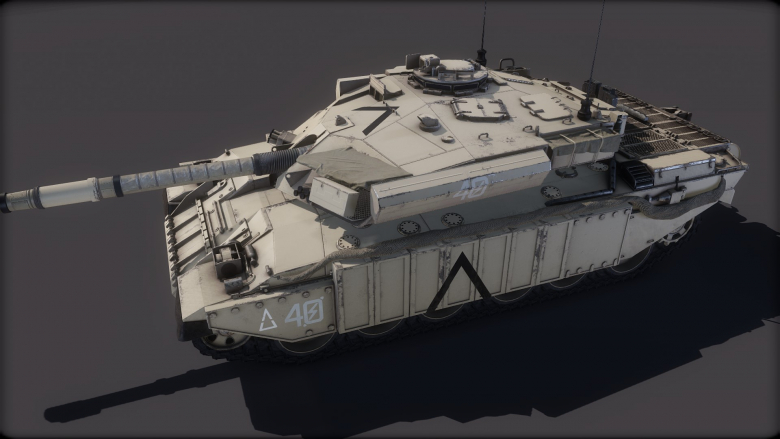 We hope that you’ll enjoy this skin as well as the others we are preparing for you and, as always: