From its humble beginnings to the creation of this apex predator, the Swiss military always had some of the most interesting and unique vehicles on the continent, largely thanks to the requirements dictated by its unique geographical layout. Now, you might be asking, what’s unique about what looks like your run-of-the-mill Leopard? But watch out, because that’s no ordinary Leopard! We’re happy to present the Panzer 87-140 Main Battle Tank! 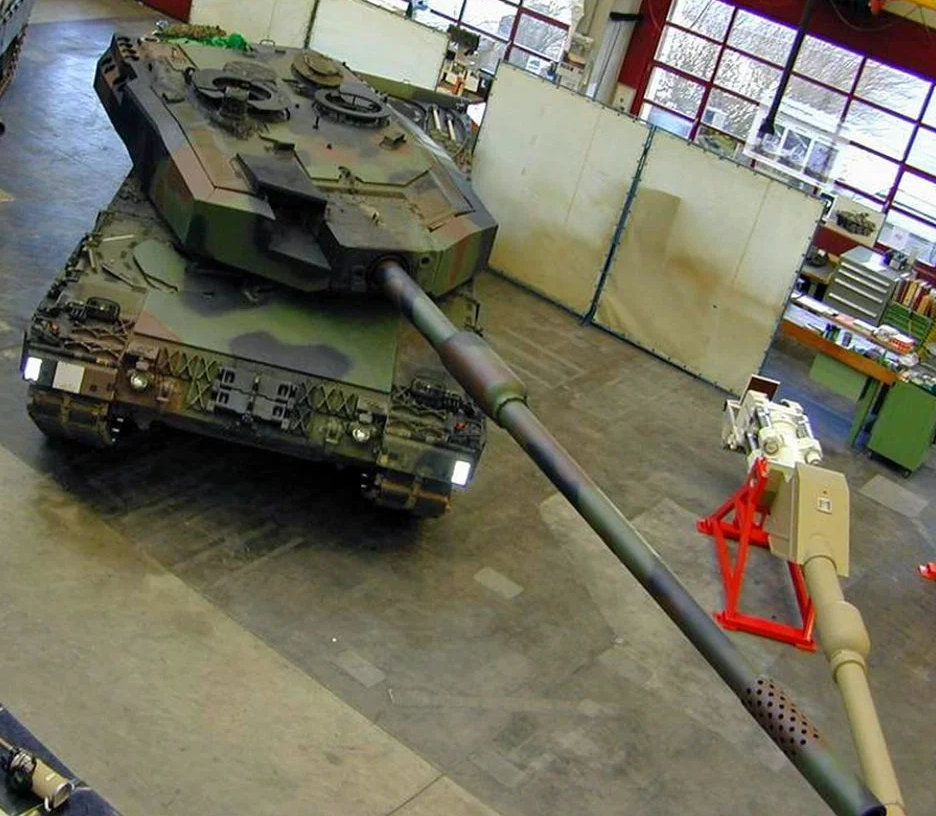 First, as usual, a little history behind the Swiss armored forces. The defensively minded nation of Switzerland has been surrounded by Italy, Germany, Austria and France and thus many of its tank choices reflect this. The Swiss military is well respected and was interested in tanks from at least the early 1920s.

Not tied to any formal defensive treaty with other nations, Switzerland prides itself in its neutrality, although it did have strong links with Germany during the Second World War. However, this freedom from treaties allowed Switzerland a large amount of freedom in choosing tanks from other nations and designing their own vehicles.

The first tanks imported to Switzerland came from France in 1922, when they bought some Renault FT-17′s. In Swiss use, they were known as the Mosquitos. Keeping up with many European powers on the 1920’s and 30’s, Switzerland obtained some of the Carden-Loyd Mark VI light tanks in 1927-28 and Vickers-Carden-Loyd vehicles from the UK in 1934.

In 1940, Switzerland obtained a quantity of captured French vehicles (one source says that French forces drove them over the border rather than surrendering them to German forces and thus the Swiss seized them), including the Renault R-35. In Swiss service, this vehicle was known as the Leichter Panzer 35 and, in 1939, Switzerland acquired the Czechoslovak LTH, which was known in Swiss service as the Panzer 39. The first 12 of these vehicles were supposed to be Czech assembled, fitted with the Scania-Vabis engine but without guns, later vehicles were sold in parts and assembled in Switzerland.

The late 1950s till the early 1960s were a key time for Swiss tank building, as they started to produce their own designs, including the KW.30, which appeared in 1958. Two prototypes were produced in slightly different variations and were to be fitted with a modified Swiss 90mm anti-tank gun.

The second prototype of the Panzer 58 appeared 1959, fitted with a variant of the British 20 pounder gun. Various changes were made to the design until it was standardized and entered service.

Work continued on improving their design in all aspects, turning the vehicle into the 38 ton Panzer 61, which in 1964 was fitted with the excellent 105mm 52 calibers (L/52) British gun (L7) in a modified version. Further improvements of the same design then led to the appearance of the infamous Panzer 68 MBT in 1968. 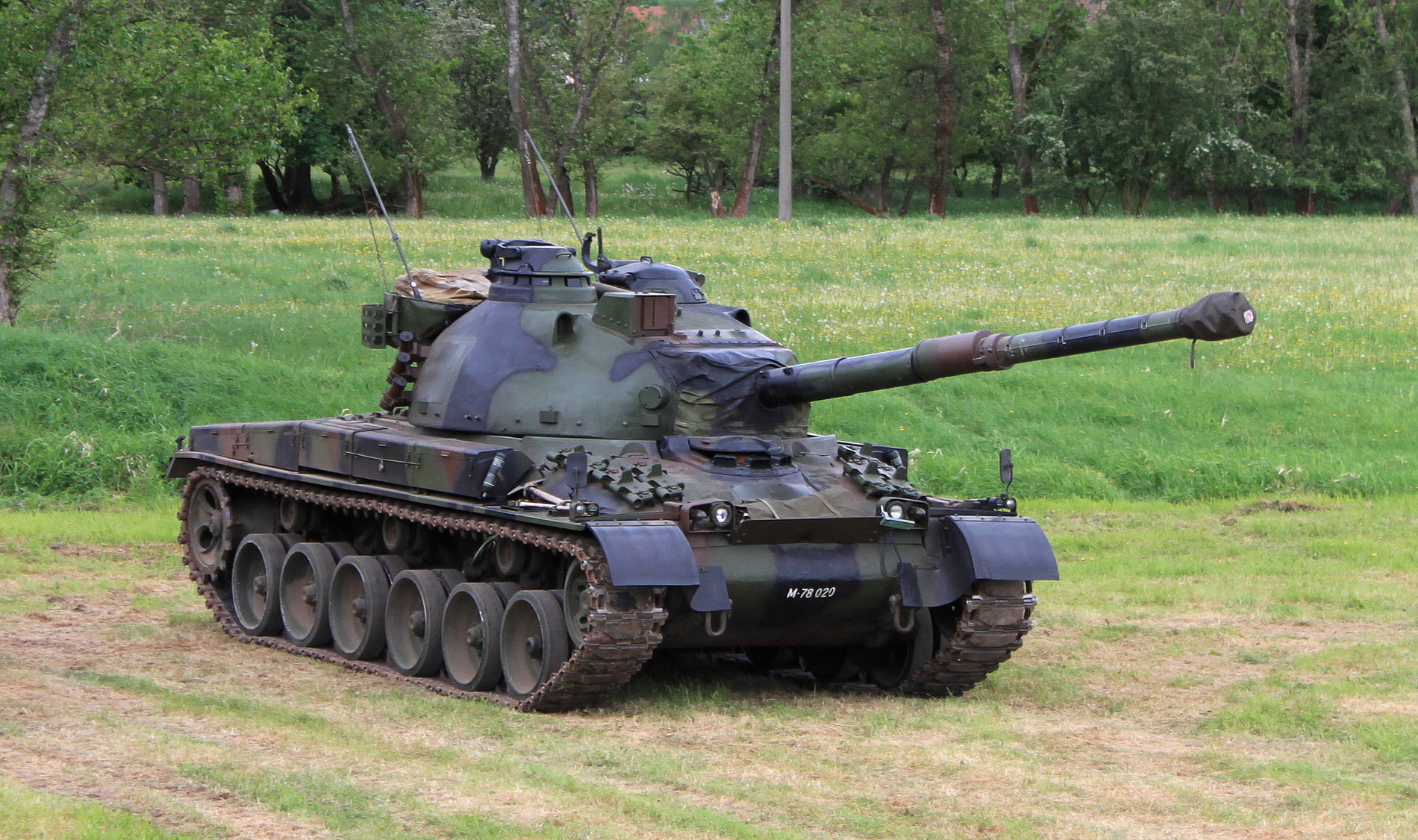 The Panzer 68 is often mentioned as being one of the worst MBTs ever in service. The problem of this tank was not its bad design but the fact that it was plagued by serious issues that (summed up) made it practically unusable in battle. In 1979, a committee was assembled to investigate the vehicle and found dozens of problems, notably:

Possibly the most serious issue discovered was the fact that turning on the heating could cause the main gun to fire. This report caused a scandal that led to the resignation of the Swiss minister of defense. In the end however, the tank stayed in Swiss service and most of its issues were hammered out during the major overhaul these tanks underwent after the affair.

One of the side-effects of this affair was a more negative outlook of future Swiss indigenous tank development. At the same time, it was clear to everyone that the Panzer 68 and the even older Centurions would eventually need replacement.

To that end, a development of a new MBT was launched by Contraves in the mid-1970s. This was the NKPz (or Neuer Kampfpanzer). The project somewhat resembled the Merkava with its turret shifted to the back and its engine in the front. It was to be a superb machine with advanced weaponry, a hydraulic suspension and many other cutting edge features. All this, however, did not only require a lot of time; it came at a massive cost that the Swiss government was not willing to pay. In 1979, the NKPz program was cancelled.

Instead, the Swiss decided to once again shop abroad – or, more specifically, to license-produce an existing design. There really were just two options in the early 1980s – the Leopard 2 or the Abrams. Back then, Switzerland still had approximately 320 old Centurions in service and they all needed replacing, so a production run of 420 new MBTs was initially envisaged. 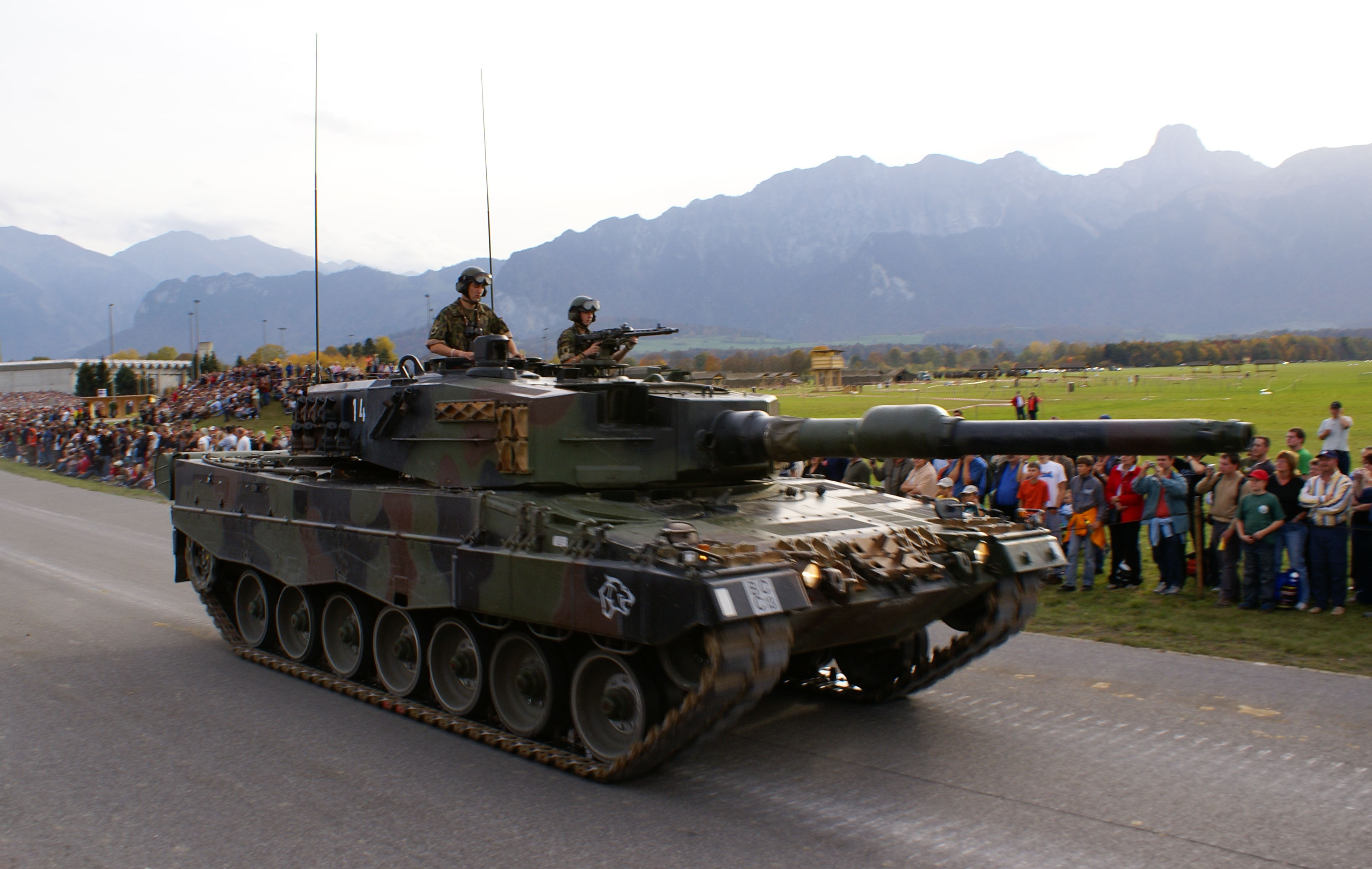 Both contenders participated in a series of trials in Switzerland between 1981 and 1982 with the Leopard 2 coming out ahead. The decision to adopt it was made on August 24, 1983 and in 1984, adequate funds were allocated to the program. The Leopard 2A4 model adopted was called Panzer 87 in Swiss service. The production first started in Germany (35 vehicles), but in 1987, it moved to Thun in Switzerland where further 345 more vehicles were built between 1987 and 1993.

The Swiss Panzer 87 featured a number of small differences when compared to its German counterpart. They include:

And a few more details. This way, the vehicles are mostly still in service, despite having been partially upgraded over the years (of the original 380, only 134 vehicles are still active). In 1999 for example, the Swiss opted to buy the then-new German DM53 APFSDS round as the first foreign customer (20 thousand were ordered).

But let us go back to the late 1980s and early 1990s for a while more, when the collapse of the Soviet Union was far from certain. In order to deal with the newest generation of the Soviet MBTs, one of the NATO-favored tank solutions was the development of a 140mm gun. These tank guns were true behemoths with incredibly high muzzle energy with Germany, France, Britain and the United States developing their own models.

Switzerland, not being a part of the NATO, did not have access to this research and decided to develop such a weapon on its own. RUAG (specifically the SW Swiss Ordnance Enterprise Corp division) took upon itself to complete the task and the first trials took place in the autumn of 1989.

It’s worth noting that this is not the same gun as Rheinmetall’s, nor does it come from the same research. The Swiss weapon was a bit shorter. It was automatically loaded with 32 shells located in the back of the turret. The ammunition was two-piece with the following rounds being available:

The kinetic round can, according to reputable sources, penetrate approximately 1000mm of RHAe.

The prototype was also fitted with an extra set of armor that is said to bring the protection levels roughly to those of the German Leopard 2A5 variant. It consisted of a turret kit (230mm thick elements) with an additional armored plate mounted on the roof. The hull was unchanged but the weight still increased to some estimated 61 tons.

The armor bears resemblance to the WE (Werterhaltung, “Retained Value”) kit developed for the standard Panzer 87 by RUAG in the 2000s. The WE armor is rumored to have titanium inlays and thus offering very high protection levels. Currently, this armor too remains a prototype only as a part of the offered upgrade kit, featuring:

Despite some older news indicating otherwise, it seems that this upgrade was not ordered by the Swiss.

What happened in the 1990s and 2000s is a bit of a mystery. With the fall of the Soviet Union, there was no real reason to keep this expensive program running and it apparently became one of the victims of the 1990s budget cuts. However, in the early 2000s, news emerged about the testing of another RUAG 140mm gun in a Panzer 87. This project was not adopted either and the prototype (possibly the same vehicle from 1989) apparently still exists, but images of it are rather rare. 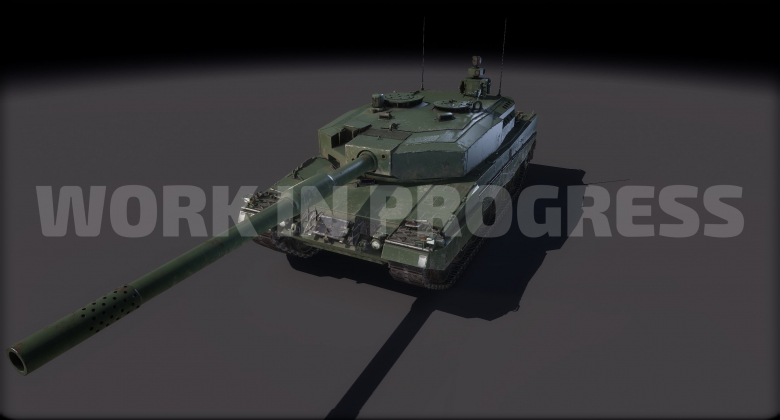 In Armored Warfare, the Panzer 87-140 will be a Tier 10 Premium Main Battle Tank.

The tank will occupy a position similar to the already existing Leopard 2AX. In other words, this vehicle will be an MBT long range fighter with a lot of firepower but only average armor and mobility (even though the latter will surpass the Leopard 2AX). Compared to the Leopard 2AX, the protection will be somewhat lower but the firepower will be higher.

The armor will be roughly the same as that of the Leopard 2AX – not excessively weak, but nothing to write home about. It’s worth noting that the hull will lack some of the extra plating of the turret and you’ll have to be very careful not to expose it too much. The vehicle will also be equipped with a soft-kill APS, but, unlike on the Leopard 2AX, a hard-kill APS will not be present. On the upside, the soft-kill APS will have the supercharged mode available.

On the upside, the firepower will be excellent. We’re looking at a 140mm gun capable of firing two types of ammunition, just like in real life:

The gun will be very accurate (although not as accurate as that of the Leopard) and will offer solid damage per minute, depression and elevation values. Overall, this will be a comfortable tank to play with good fire control.

The mobility will be roughly the same as that of the Leopard 2AX. The engine will be a bit weaker, but the tank will also be somewhat lighter. As a result, the maximum speed will be 70 km/h and the MBT will accelerate from 0 to 32 km/h in roughly 4.9 seconds. And last but not least, the camouflage factor and viewrange will also match those of the Leopard 2AX. Aside from the abovementioned Supercharged Soft-Kill APS active ability, this tank will also feature one more called Override, which temporarily improves your vehicle's acceleration and maximum speed. This ability also makes you lose less speed during sharp turns. 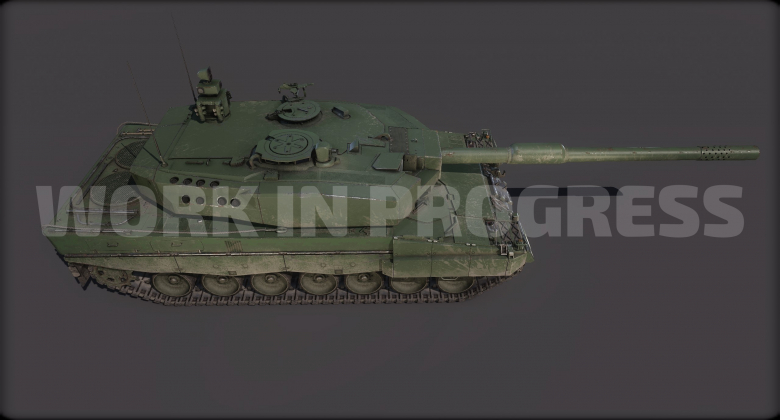 In summation, the Panzer 87-140 will be an adequate premium counterpart to the Leopard 2AX and a capable sniper within the constraints of its class. Both its shell types will be extremely deadly and the punch they will deliver will leave your enemies reeling from the blows. On the other hand, with its mediocre protection levels, you’ll need to take cover as much as you’ll be able to. This won’t be a front-line fighter impervious to enemy shots, but rather a battlefield marksman taking out its prey at long distances.

The Echoes of War Battle Path is now available!