Today, we’d like to tell you more about an upcoming high-Tier vehicle that will become obtainable in October – the American MPF Light Tank. 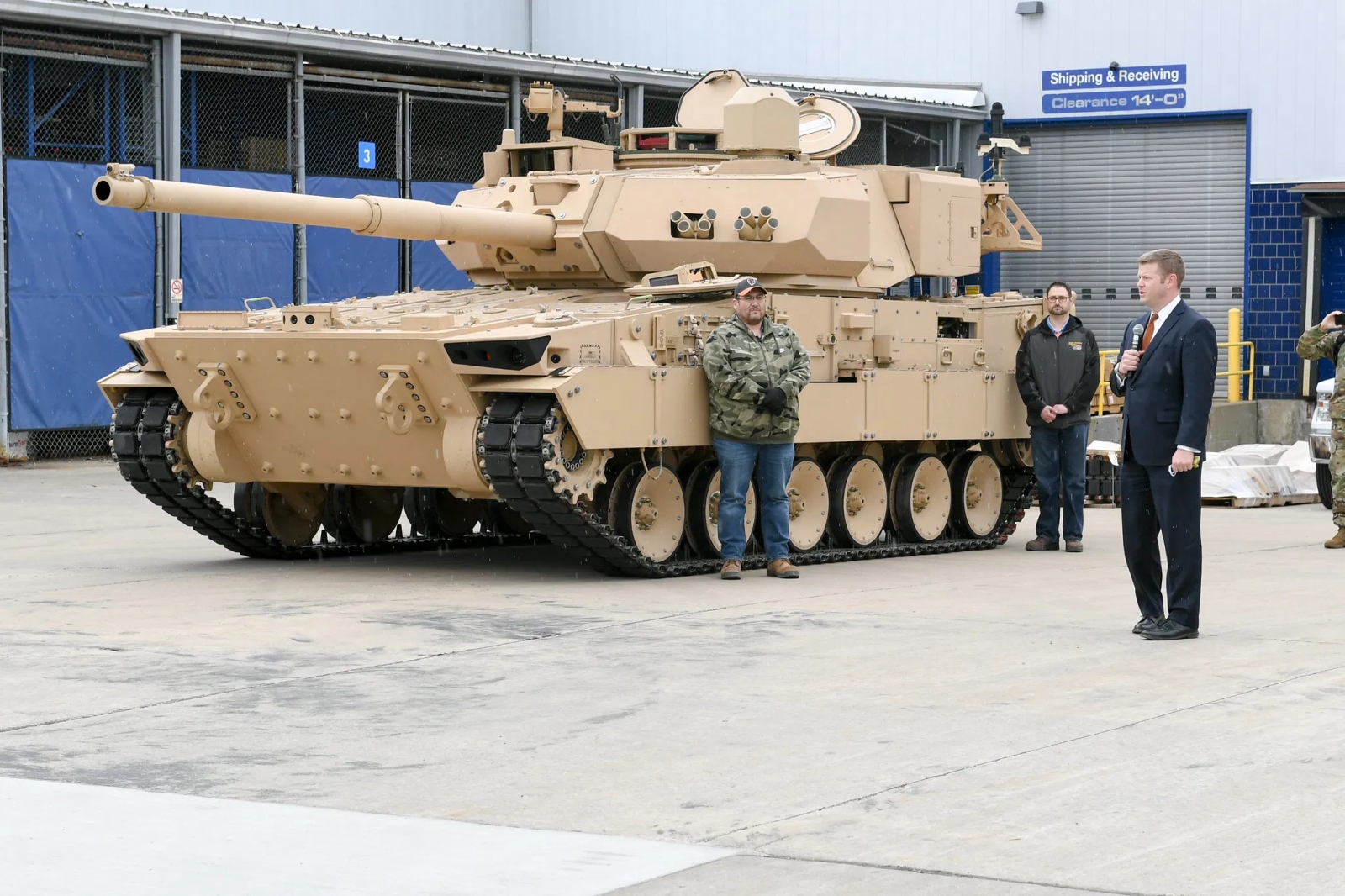 Right off the bat – the name for this vehicle is not official with the most common designation used being something like “Mobile Protected Firepower General Dynamics prototype.” That designation tells you pretty much all the basic info about this tank – it’s a prototype by General Dynamics, participating in the Mobile Protected Firepower program. As such, it is an offshoot (or an evolution, of you will) of the Griffin design described in a dedicated article.

The Mobile Protected Firepower program was launched a few years ago to give the Airborne units something they've been lacking since the 1990s – a proper Light Tank replacing the M551 Sheridan, which can now be only seen in museums. Following several expos and a series of negotiations, two companies decided to submit their proposals in earnest – General Dynamics with its new platform and BAE with its Light Tank, which is essentially an overhauled version of the old Armored Ground System from the 1990s. In U.S. service, these vehicles are supposed to replace the M1128 Stryker, which is suffering from multiple issues and a decision was taken in May 2021 to phase the entire platform out.

Contrary to some rumors, the General Dynamics MPF prototype isn’t based on the Abrams – not even the turret. However, the turret does have a layout similar to that of the Abrams, which is an intentional choice to ease the training of new crews.

The whole thing weighs roughly 38 tons and offers STANAG 4569 Level 6 frontal protection in its basic form, making it frontally resistant to 30mm autocannons. The hull itself is reported to be made of aluminum and steel alloys with the option to be upgraded with extra composite plating or an Iron Fist APS. Much like the Abrams, it has a crew of four – the gun is loaded manually from a bustle-mounted ammo rack. 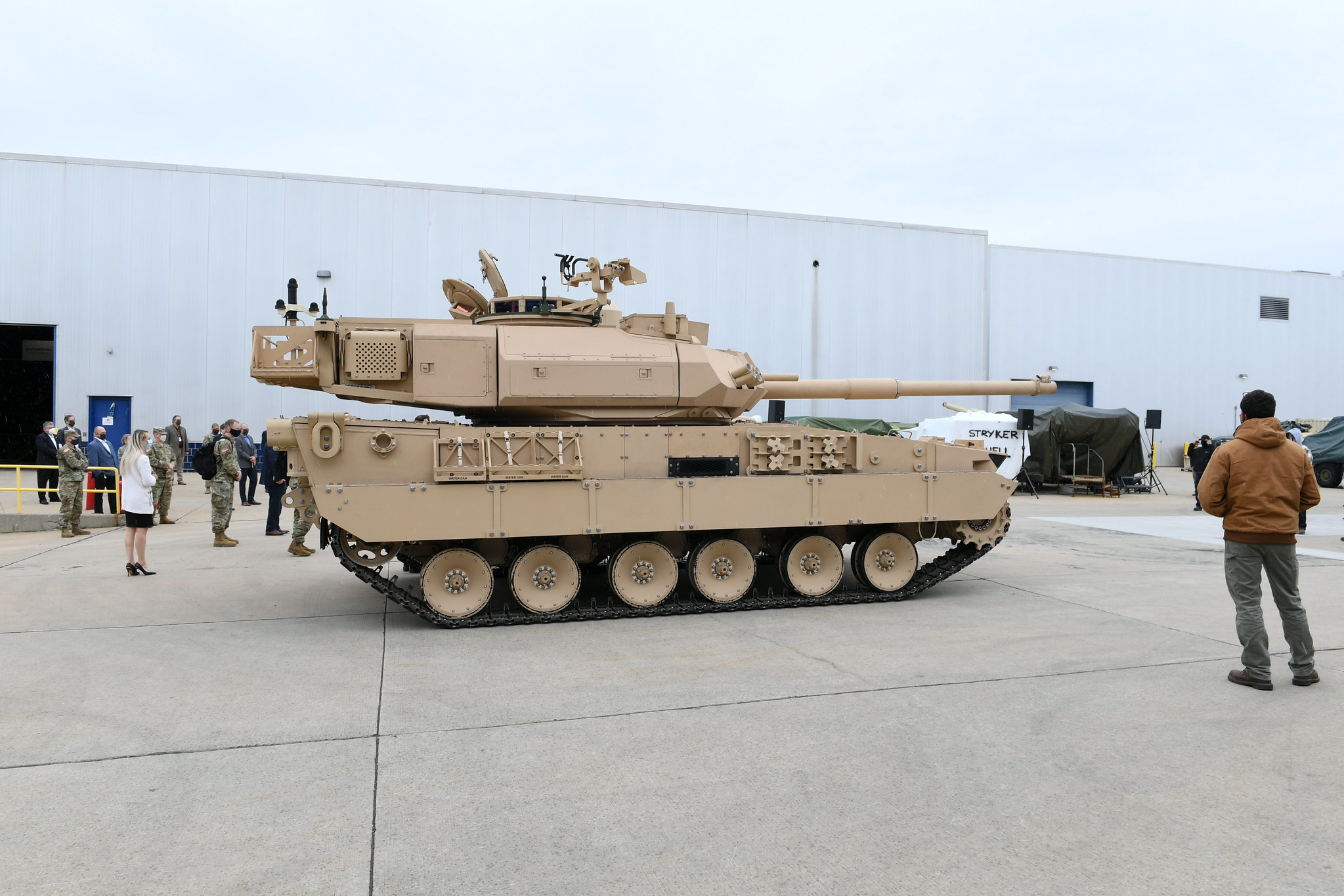 The gun the vehicle’s armed with is a low-recoil M35 105mm rifled cannon firing standard NATO ammunition – definitely an upgrade over the Stryker, which cannot fire full charge ammo and is reduced to using proprietary armor-piercing ammunition. The nominal rate of fire is listed as 12 rounds per minute. Additionally, the vehicle is fitted with cutting-edge optics and FCS based on the M1A2C, which include:

The vehicle is propelled by a brand-new engine by Cummins called ACE (Advanced Combat Engine), a very compact opposite-piston Diesel producing some 1000hp. It is paired with the Allison 3040 MX Cross-Drive automatic transmission, allowing it to go as fast as 80 km/h. The suspension is hydropneumatic, non-adjustable instead of the usual torsion bar system, which does, amongst other things, reduce the vehicle’s height considerably.

Performance-wise, the General Dynamics proposal looks comparable to its BAE counterpart. Both companies together received 750 million USD to deliver 12 prototypes each. The prototype of this vehicle was first show to public in April 2020 and both MPF prototypes were delivered for testing to the 82nd Airborne Division stationed in Fort Bragg in December of the same year. The testing is currently ongoing with the winner bound to be declared in the summer of 2022. Full scale production is expected in 2025. 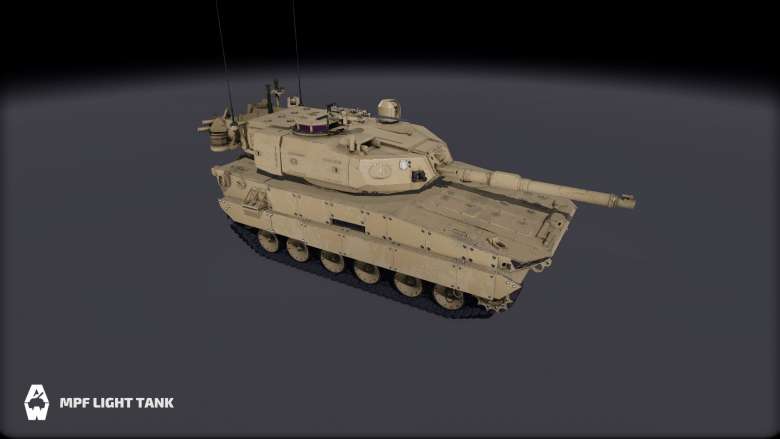 In Armored Warfare, the MPF Light Tank will be a Tier 10 Premium Light Tank.

As Light Tanks go, the MPF will definitely be on the heavier side of the spectrum. It may not be the most agile vehicle on the battlefield (despite its excellent maximum speed), but it will be well-armored for this vehicle type. Its already formidable base armor (more akin to MBTs than LTs) will be reinforced by NERA elements covering the lower frontal plate, sides and frontal turret. 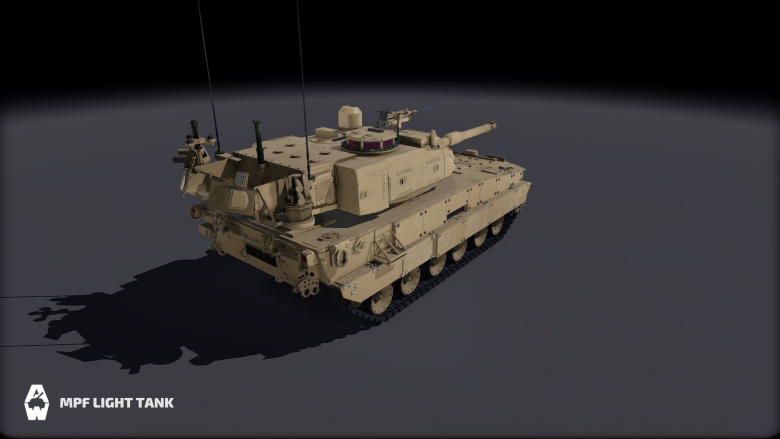 Additionally, the vehicle will be fitted with the Iron Fist APS and will feature the Supercharged APS Active Ability. Add a decent hitpoint pool to it and you’ll have a tank that can go toe to toe with many MBTs, at least for a limited time.

We’ve also upgraded the firepower compared to the real-life prototype. Instead of a 105mm rifled cannon, the MPF will be fitted with the 120mm XM291 smoothbore with advanced ammunition:

With the reload time being 5 seconds, we’re looking at the 7200 and 8640 damage per minute respectively. Add solid accuracy to the mix (0.099) and you have a lot of firepower in a rather compact package. 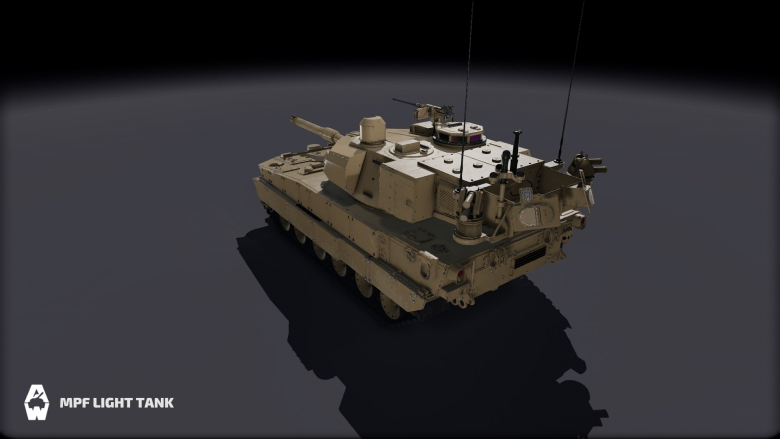 Mobility-wise, we’ve also pushed the limits of realism a bit further. Thanks to its 1000hp diesel engine, the maximum speed will reach 80 km/h (95 km/h with an extra module) but the acceleration won’t be all that great with 0 to 32 km/h in 4.46 seconds. On the upside, the vehicle will feature active suspension, which means that the usual gun depression and elevation of -7/+20 will improve to -10/+23. 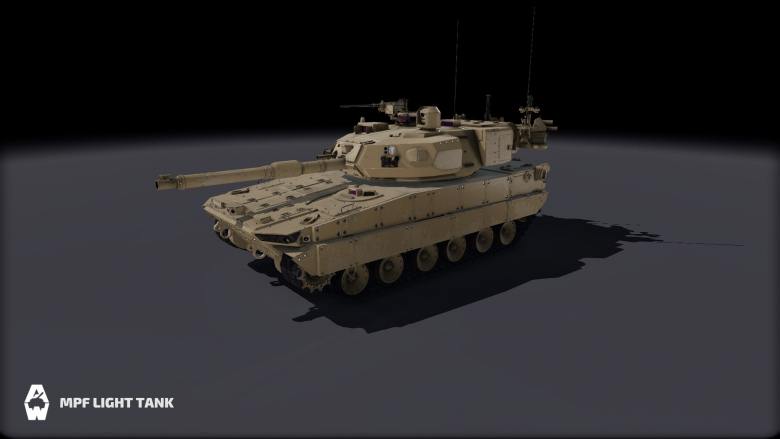 In summation, this vehicle will be a front line fighter that usually doesn’t have to hide behind a row of MBTs and doesn’t need to be afraid to take some damage. It will feature a number of defensive capabilities such as the APS and the ability to hide its lower frontal plate behind terrain obstacles, but with its poor camouflage, it will only make a mediocre long-range fire support vehicle. Its place is in the thickest of fighting and that’s how it’s meant to be played. As a result, this Light Tank will be relatively forgiving even in unskilled hands.

Learn more about Update 0.37 and the features that are coming to Armored Warfare this autumn