Since remarks regarding the visual aspect of the game are some of the most common pieces of feedback we are receiving from you, in today’s article, we’d like to tell you about the changes we are working on for the M8-120 Thunderbolt II model. 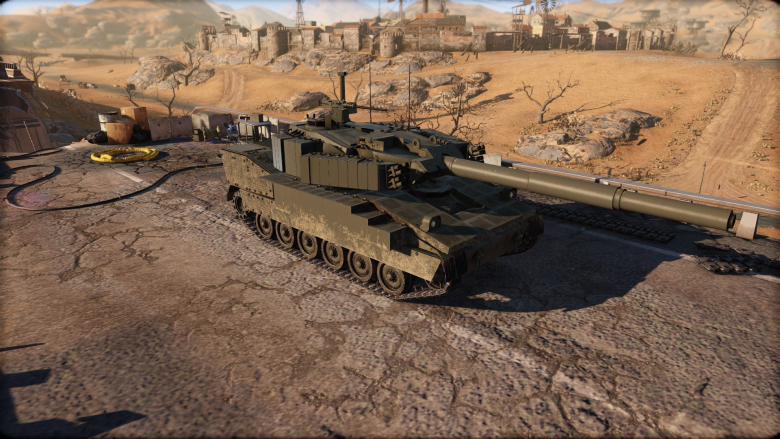 In many major (or even minor) updates’ patchnotes, you can read lines such as “Improved the visual quality of this vehicle’s model”, or “fixed a number of small visual issues.”

What this means is we overhaul the complete models where needed, but some models need only smaller fixes, such as textures, gun models and others. In this case, we took the M8-120 model and overhauled it as such: 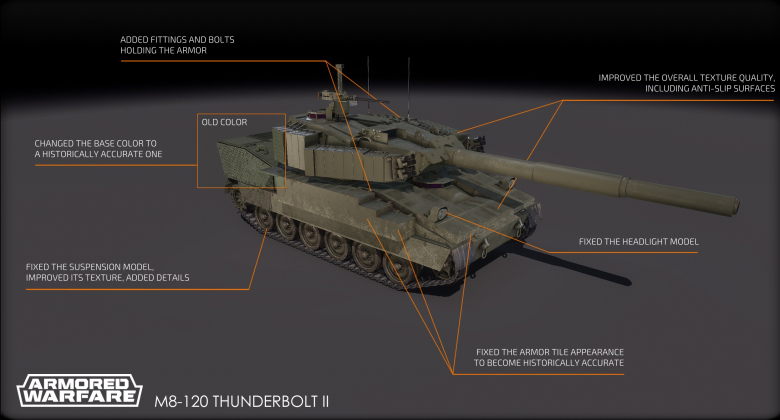 The model is still based on the Armored Ground System program from the 1980s and 1990s instead of the more popular BAE Thunderbolt II demonstrator, overhauled for the ongoing Mobile Protected Firepower tender, so you may find different photos on the internet.

In our search, we used several photo sources available online. The core model isn’t really all that bad. It just needed some polishing to truly make it stand out. We fixed a number of textures though, as well as some smaller objects like the headlights.

The point of these fixes (and this article) is this – even a series of smaller improvements (that would be insignificant on their own) can lead to improved visual experience. You do not always need to overhaul every model from scratch to achieve high visual fidelity and the Thunderbolt II is one of such cases.

We hope that you will enjoy these improvements and, as always:

Learn more about the next Special Operation, which takes place near Mostar

The third major update of the Apocalypse season is now available!

Learn about Update 0.36, another part of the Apocalypse season that is now available in Armored Warfare