You might have already seen the images in our official channels some time ago, but it is only today that we are ready to reveal more about the upcoming Challenger 2 Streetfighter II Main Battle Tank. 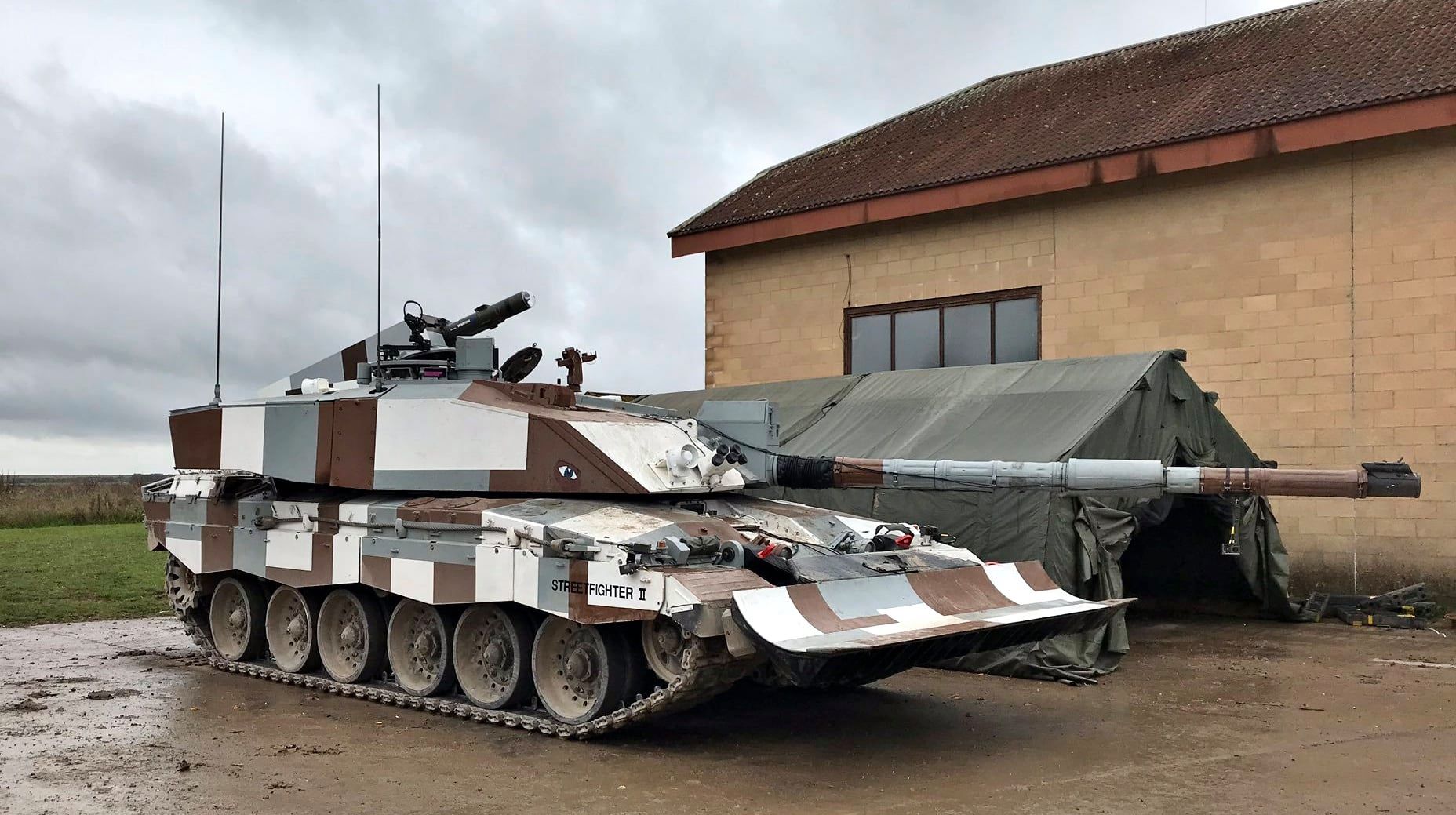 The Challenger 2, of course, needs no real introduction, as it is one of the few truly unique MBTs currently in service. It was developed between 1986 and 1991 by Vickers as a redesign of its Challenger 1 predecessor, offering significant armor improvements. Over 400 units had been produced in total.

Of course, thirty years after its introduction, the design is showing its age already and there have been several improvement programs and concepts over the years, aimed at improving its performance. Perhaps the best known of these are:

Aside from these main directions, however, there have been other upgrades to the Challenger, one of them being the Street Fighter (or Streetfighter) kit. This was a heavy passive armor upgrade developed for the Iraq War and deployed in Iraq in 2007 and 2008 in limited amounts. The name started as completely unofficial, but it sort of caught on during its use, as it was primarily intended for urban combat. 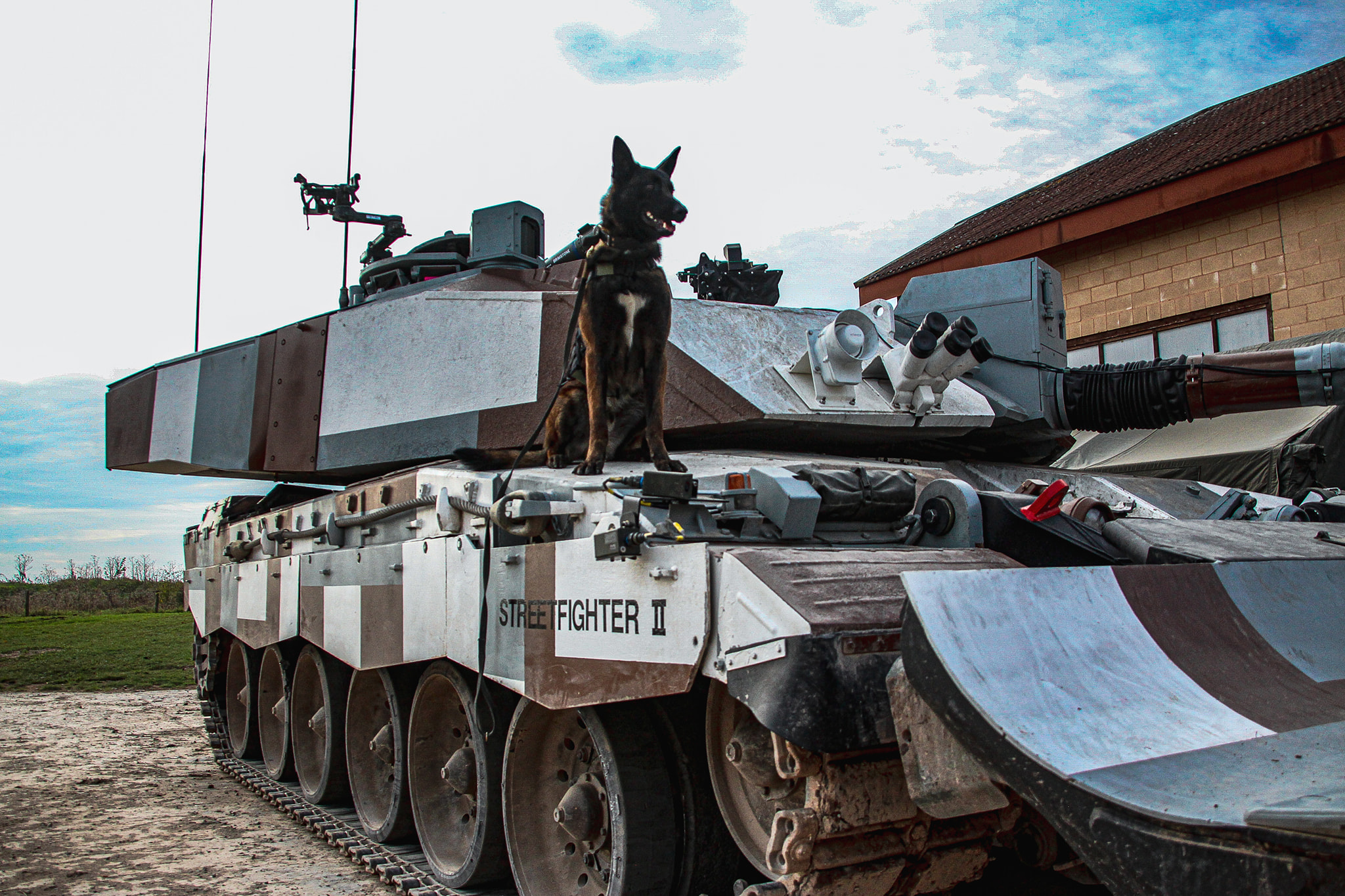 It was a successful upgrade, but it didn’t deal with the other issues the tank was having, such as its relatively obsolete firepower. The venerable 120mm L30 rifled cannon was effective in its day, and is certainly enough to knock out older Soviet equipment, but against cutting-edge threats such as the Russian Armata or the newest T-90 series versions, it simply won’t cut it. Challenger 2’s electronics have also become obsolete over the years and a replacement is in order, hence the long-running LEP project. The Streetfighter II project attempted to address many of those problems.

Developed in 2018 and 2019, the prototype was conceived with urban combat in mind, despite missing any major armor upgrades save for a massive dozer blade, which, however, is primarily meant to enhance its ability to clear obstacles, especially various erected barricades. Infantry units were also requested to provide feedback, submitting their ideas what they’d find handy in a tank they have to work around.

Another extremely important element in urban combat is situational awareness. The tank was therefore equipped with a number of cameras, including one below the gun, which allows its crew to “peek” around a corner without exposing the body of the tank itself. The cameras are, of course, fragile and were therefore designed to be easy to replace – a small cost to save the lives of tank crews. But that’s not everything – the crew also had a rather unique Israeli system called IronVision. Developed by the Israeli Elbit company, the IronVision assembles a complete image of the battlefield using external cameras, and projects the image via the crew’s helmets. As a result, the crew could actually “see through armor” and is able to see outside without the usual optics limitations and, more importantly, without unnecessary exposure.

And last but definitely not least, there was the firepower enhancement in the form of a Brimstone ATGM launcher. The Brimstone is a ground version (or, rather, evolution) of the famous Hellfire ATGM. As such, it is a large, powerful weapon that can knock out enemy vehicles (or soft targets, depending on the warhead type) at extreme distances. While firing the main gun is definitely cheaper than a single ATGM launch, the presence of the Hellfire launcher gave the crew a tool to fight pretty much any enemy MBT on the battlefield despite the obsolescence of the main gun.

With that being said, if you are keeping up with the British military news, you already know how the story of this prototype ended. A single vehicle was thoroughly evaluated... and rejected. In fact, the British Army decided to cut the amount of service Challenger 2 MBTs considerably (from 227 to 148 tanks) while having them upgraded to a new standard called Challenger 3. In this version, they will receive, amongst other things, a new turret armed with a smoothbore L/55 gun. However, that is a different vehicle entirely and has nothing to do with the Streetfighter II. The Streetfighter II prototype was either mothballed or disassembled in 2020. Of its current fate, nothing is known. 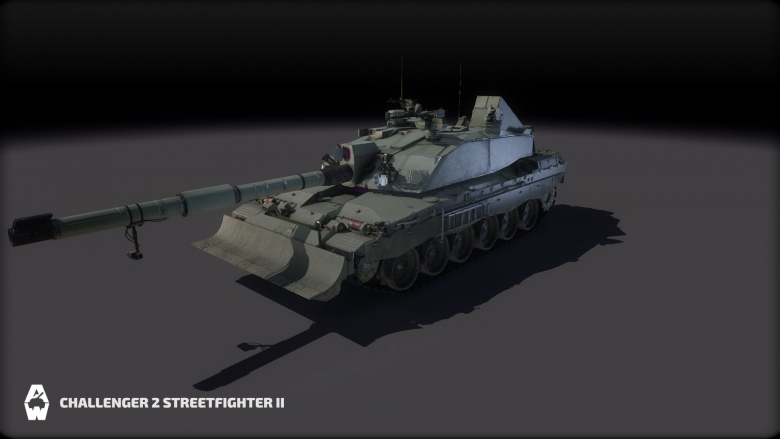 In Armored Warfare, the Challenger 2 Streetfighter II will be a Tier 10 Premium Main Battle Tank.

But before we tell you more about it, please note:

Gameplay-wise, what we have here is effectively a Challenger 2, but with several additional features. Armor-wise, the vehicle will be relatively well-protected. Unlike the progression Challenger 2, this version does not have the upgraded TES armor kit available, but its hull is protected by a dozer blade providing not only extra armor, but also a bonus to ramming damage. Additional protection will be provided by an Iron Fist hard-kill APS, the model of which is based on the Black Night Challenger. On the down side, the vehicle will lack the side protection of other Challenger variants in the game. This will make it relatively vulnerable when flanked. 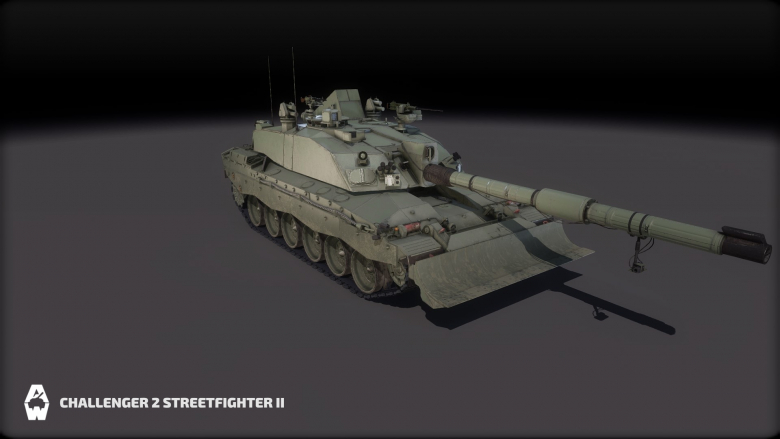 To effectively bring the front to bear, the tank will be powered by a 1500hp MTU diesel engine, offering the same speed and maneuverability as the progression variant. In other words, the vehicle will not be exactly nimble – after all, it weighs 75 tons – but the mobility will be adequate (0 to 32 km/h acceleration in 7.16 seconds, 60 km/h maximum speed).

And, finally, there’s the firepower. The main gun will stay the same along with its APFSDS and HESH shells:

Its rate of fire will be somewhat reduced – it basic reload time will be 7.5 seconds. 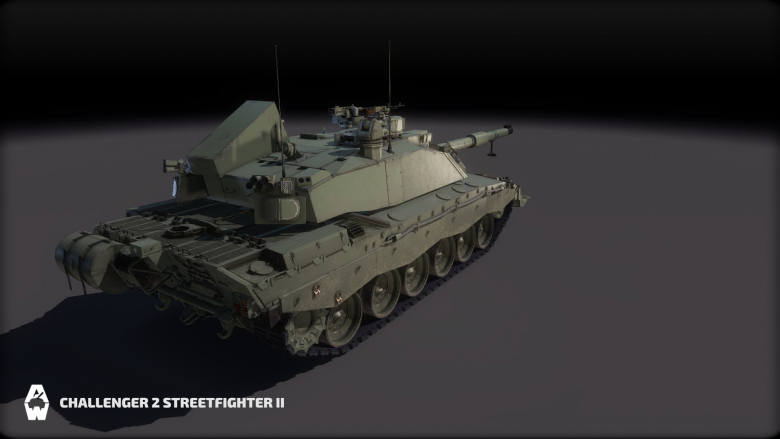 Not to worry though, the secondary weapon system will more than make up for it. We are, of course, talking about the Brimstone double ATGM launcher. This ATGM was developed from the Hellfire and will thus share its properties in the game. Specifically:

To balance this level of firepower, there will be some drawbacks. First and foremost, this missile launcher is intended as a long-range weapon. As you can see from the screenshots, it’s aiming upwards. What this means in the game that the missile will fly up before the aiming mechanics take effect, leading to a minimum range of roughly 70 meters. If you are already familiar with other Armored Warfare vehicles, it will behave the same way as the Abrams AGDS missiles do.

Secondly, while you can launch both missiles within 3.75 seconds, emptying the launcher will be followed by a long reload time of 30 seconds. Use your missiles strategically. The rest of the vehicle is pretty straightforward; low camouflage and decent viewrange (390m) thanks to this vehicle’s advanced optics. 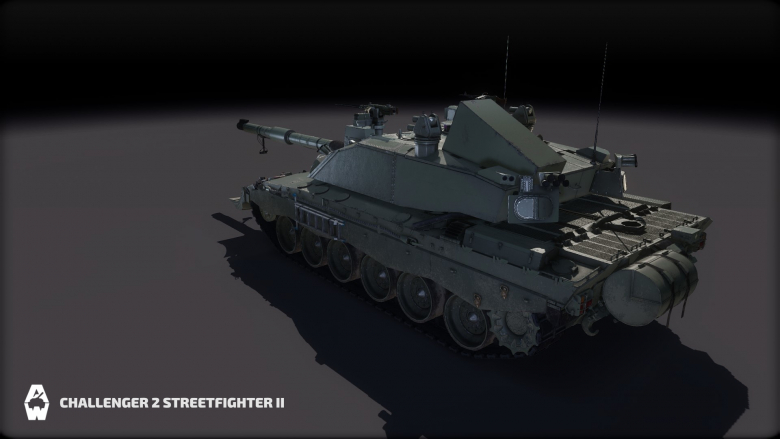 In summation, what we have here is a breakthrough tank with excellent frontal armor, which can soften the enemies up at long distances using its powerful guided missiles. Survivability-wise, it offers lots of frontal protection, but the damage over time output will only be mediocre. Additionally, when breaking through enemy lines with this MBT, you will have to rely on your team to guard your flanks, as your side armor will be fairly weak. Overextend yourself and your demise will be swift. However, in defensive positions, this tank will be difficult to dislodge, and certainly dangerous at any distance with unwary enemies being caught off-guard by its two missiles.

Learn about the map fixes that are coming as a part of Update 0.36

The third major update of the Apocalypse season is now available!

Learn about Update 0.36, another part of the Apocalypse season that is now available in Armored Warfare