The balancing process continues in Update 0.21 and we’d like to share some details as to what awaits the high-Tier vehicles in it.

Here is the performance of the high-Tier vehicles starting from the launch of Update 0.20.3831. 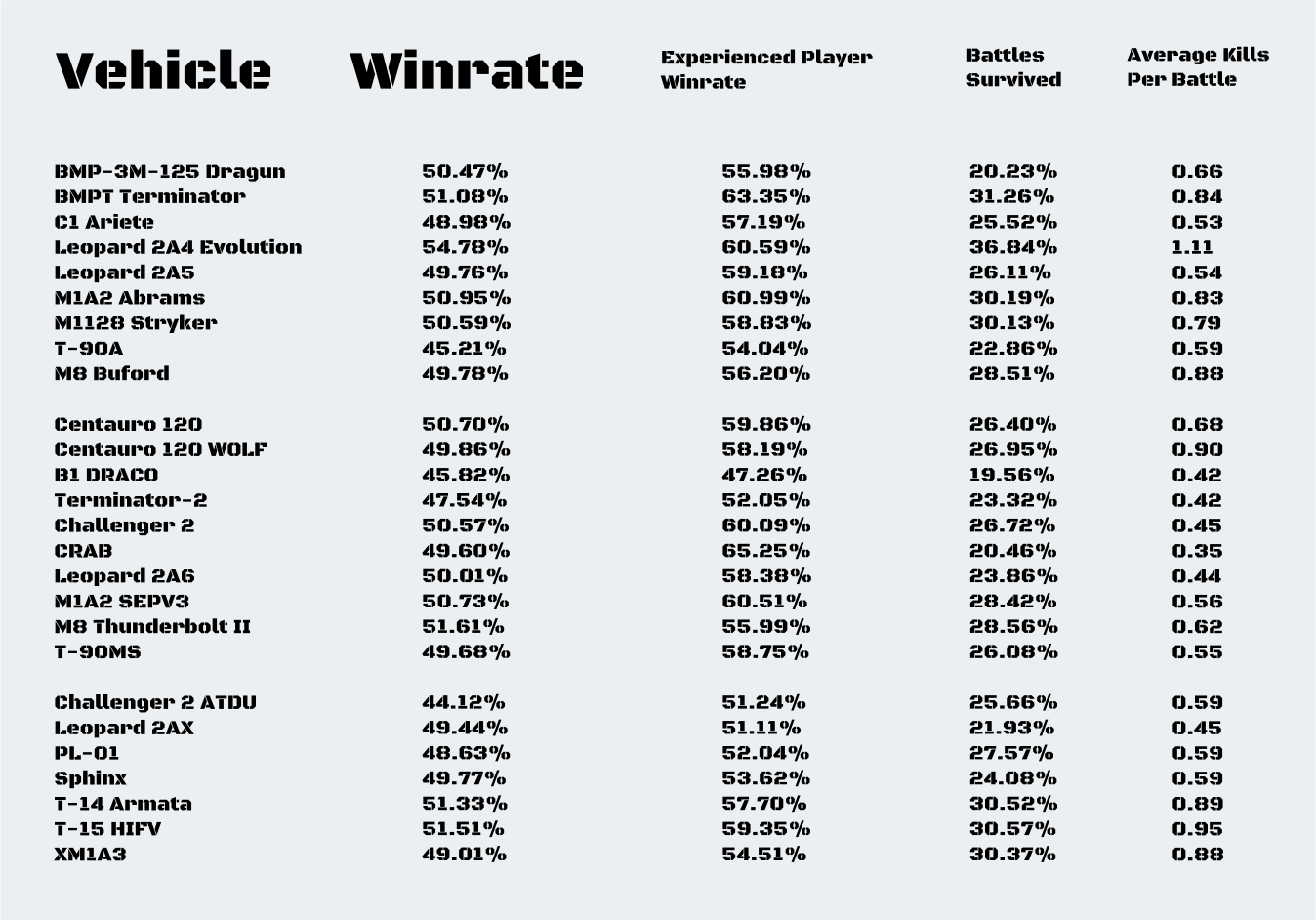 There are two Tier 10 Main Battle Tanks that are performing better than we’d like them to perform:

Both tanks will be rebalanced in Update 0.21. The T-14 Armata will undergo the following adjustments:

The XM1A3 players will be given a choice. Instead of its 2-shot 140mm gun, the vehicle will be able to mount one of the following guns:

This change should bring the XM1A3 back within the acceptable performance limits. The Challenger 2 ATDU and Leopard 2AX MBTs are, on the other hand, underperforming and will definitely be rebalanced to improve their performance.

Last but not least, we’ll address the issues plaguing the Russian T-series tanks (excluding the Armata-based vehicles) by improving their camouflage rating and rate of fire. This concerns especially such underperformers as the T-90A.

We hope that you will like these changes and will continue to strive to bring you the most balanced game.

Liberate the Panama channel from the ruthless mercenaries who would usurp it for their unscrupulous employers!