In Update 0.20.3831, we are introducing several improvements to the Global Operations mode. The most significant one is that players participating in Global Operations no longer have to pay for ammunition and repair costs, making the mode profitable indeed!

In addition to this change, we are also introducing a new map to the mode – the overhauled Ghost Field! 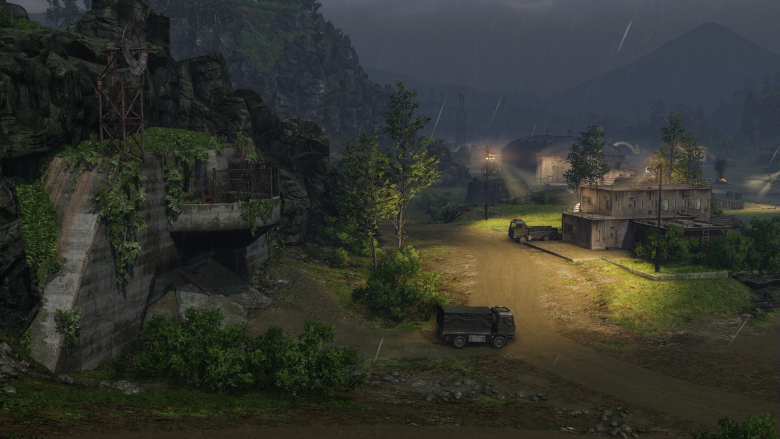 The Ghost Field map takes you to Bulgaria, where you have to fight an enemy faction over the remains of the old Bezmer air-base. This map features several Wildcards known from the other Global Operations maps that are already available, specifically:

AI opponents do not, however, appear on this map, bringing the map closer to the classic PvP mode. Last but not least, rolling fog that reduces visibility appears during the final phase of battle.

A detailed guide will be released in the near future!

We have also significantly overhauled the PvP version of the Ghost Field map, introducing a number of changes to the terrain itself as well as to the cover and foliage layout. These changes were made with the Update 0.19/0.20 spotting system changes in mind and enhance the gameplay experience significantly.

In order to minimize the queue waiting times for both the Global Operations mode, we will be temporarily merging the PvP and Global Operations queues. This test will run for 7 days. This step should allow players to wait for battles for shorter periods of time, but we understand the desire to play a specific mode, which is why we are introducing a ticker to the queue window – un-ticking it reduces your chances to play Global Operations.

During the period of the test, we will be gathering player feedback regarding this feature. Please let us know whether you like it!

In the past 24 hours, we’ve been carefully monitoring the Global Operations and PvP merge situation, including your feedback. While the goals of the queue unification were generally met and the average waiting time was reduced (in some specific cases considerably), we’ve been also paying close attention to your feedback.

Ultimately, we understand that the players need to have a choice between the modes they want to play. Since we received all the information we need from this test, we decided to disable the unified queue and end the test.

Thank you for your time evaluating this feature and sharing your opinions with us.

Apart from these features, the update is introducing a number of corrections to several outstanding Armored Warfare issues, the list of which can be found below.

We overhauled the following challenges: