One of the topics that are hotly debated amongst players and developers alike is the Armored Warfare game economy – specifically, the rewards and their relation to in-game prices and costs. In this article, we’d like to give you an overview of our plans for the future of Armored Warfare economy. 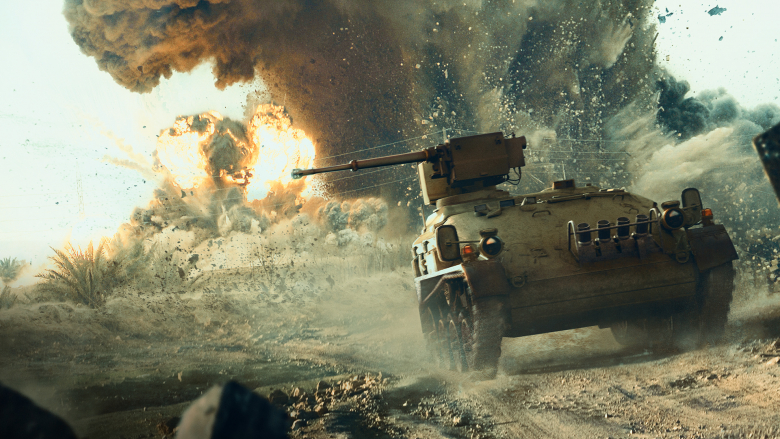 Update 0.19 and Update 0.20 both brought significant changes to many Armored Warfare mechanics, including those that had major impact on the game’s economy. Time to kill, hitpoint amount, shell damage and armor layout – they all influenced it to a degree. After the launch of Update 0.20, we took a long hard look at the game’s economy itself as well as the player feedback on it and decided to introduce a number of changes.

Our goal is not to slow down the game progression, but to introduce a system where both the player contribution to the battle and the personal performance are justly rewarded.

We took the initial steps in Update 0.20.3831 when we increased the rewards for Global Operations and removed the ammunition and repair costs from the mode to make it more profitable, but we are planning to make more adjustments down the road.

The first and the most important change we are looking to make is the redefinition of rewards. In Update 0.20, Credits and Reputation are more or less awarded for the same actions, such as winning the battle or dealing damage.

In the future, the Reputation will be tied to the existing reward reasons, but Credit income will be rebalanced to depend mostly on damage done instead of a large number of parameters as it is now. To that end, the Credit reward per damage done will be increased by 50%.

To prevent the Credit income from becoming excessive and imbalanced compared to the Reputation income, we will be introducing several economy adjustments such as:

As a result of these changes, players who do not contribute to battle should see a sharp drop in income while skilled and active players should see their income become the same – or increase. Additionally, we will be increasing Credit penalties for team damage.

Armored Warfare contains a large amount of different economy modifiers that are difficult to keep track of, making the end battle results sometimes difficult to calculate and predict due to the sheer number of economic influencers. To make the system better understandable to players, we would like to remove a number of economic modifiers and focus on the main sources of income. To that end, we will be removing:

Reward for spotting an opposing vehicle will also be awarded only to the player who spots him first.

All these changes will be compensated by an increase of income from other sources (for example, the compensation for lost destroyed module rewards will turn into more rewards per standard damage) so that the overall income stays the same on average.

The abovementioned changes are scheduled to appear in Update 0.21. While they will have a considerable effect on the economy, they are not final. The following updates will bring further changes, including but not limited to:

And much more. Even further down the road, we are considering adding 2-hour boosts for player convenience as well as the ability to merge low quality boosters or insignias into high quality ones.

We plan to, step by step, take a look at all the economy aspects to make the game more logical and comfortable to play. As we previously announced, we do not plan to increase the grind compared to pre-Balance 2.0 or to make players lose Credits on battles (guaranteed by the Compensation system that makes sure that players can’t lose Credits in a battle with the exception of using Consumables).

What we do want is an economy that is fair and easy to understand.

We are proud to present the first preview of the newest addition to Armored Warfare - Update 0.21 "Eye of the Storm"!