As you already know, Austin Harper will be one of the top prizes of the upcoming Last Patriot Battle Path campaign and, in today’s article, we’ll take a closer look at him. 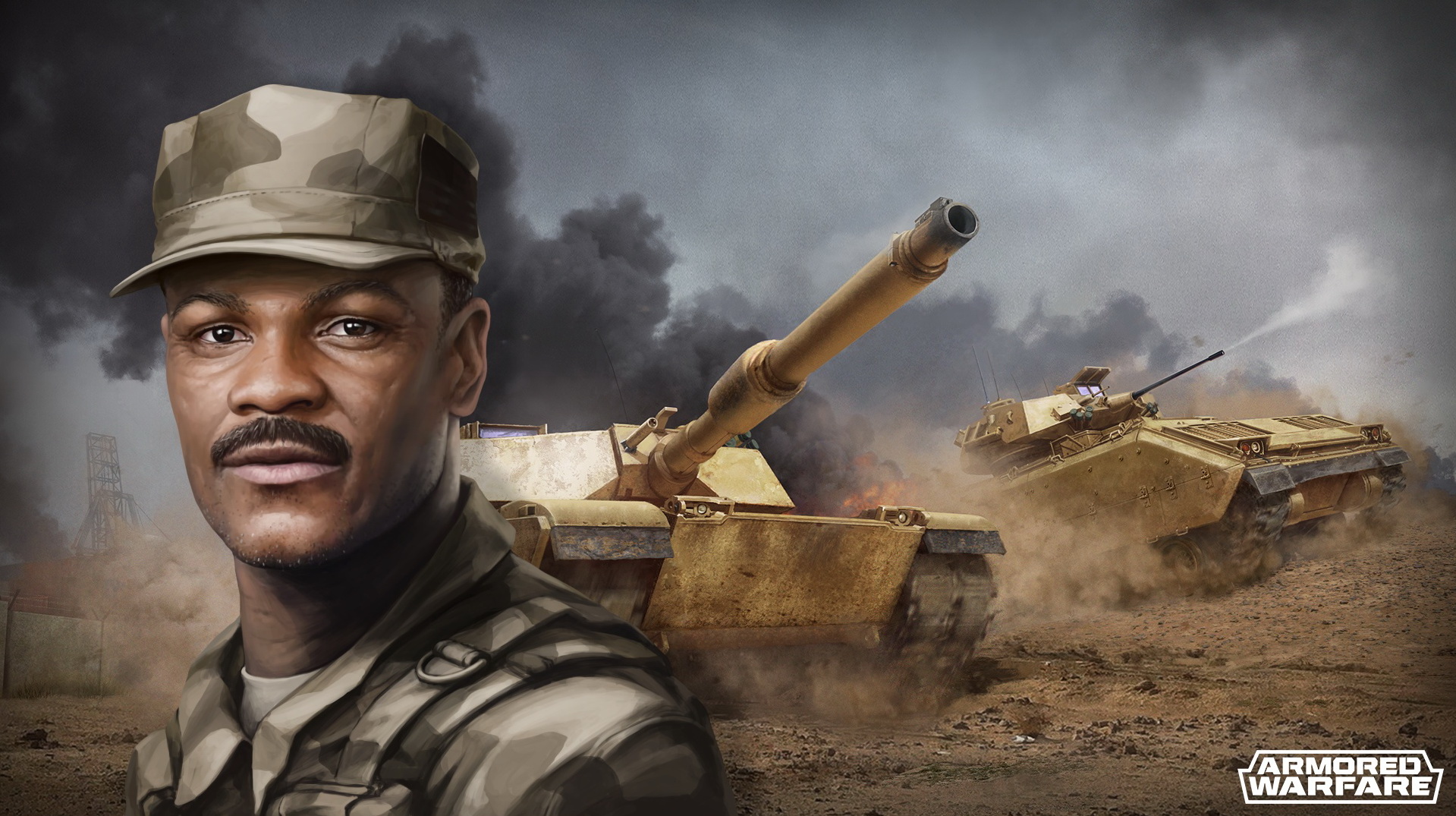 Austin grew up in a modest family. Having entered the Armed Forces directly after school, he served for twenty years in tours of combat duty in several flashpoint areas and earned numerous awards. He joined Clayburn Industries security service in late 2020s, and applied to the International Security Department when the corporation fell. After the collapse of the ISD at the hands of Enigma, he found himself amongst the remnants defending Salzburg under Hana Buric. It was there he was able to contact the American Resistance across the ocean and eventually cross it to seek reinforcements for the upcoming battle against this mysterious enemy. And for that, he needs your help, commanders.

In Armored Warfare, Austin Harper will be a fairly universal commander that will, like any true American action hero, not only inspire people around him, but will also get stronger with every loss and wound he suffers only to decimate his opponents at the end of the movie – or, in our case, battle.

His main skill, called “Crucible of War” improves his vehicle’s reload time with every lost team member up to roughly 12 percent when the entire team is down. The skill naturally also improves with levels. Austin Harper also has several other skills that work on the same principle by increasing bonuses with every lost team member, but these focus on protection (crew and component durability, APS reload time).

His other skills include damage boosting of all team mates in a certain radius from his vehicle (similar to the skills of Douglas O’Reilly) by up to 5 percent when multiple skills of this type are selected.

And, finally, Austin Harper features one particular Tier 3 skill that gives him the same ability Alexander Cortez has – to always maximize his damage rolls – but only when his vehicle has 33 percent of hitpoints or less.

How you will configure your commander will be, of course, up to you. However, please note that some other very useful skills will have to be sacrificed in order to unlock this one.

Learn more about the reasoning behind the nerf of one of the top Battle Path prize, the CATTB Tier 10 Premium MBT