The final new vehicle of the Last Patriot Battle Path will be the Bradley AAWS-H Tank Destroyer.

If the name sounds familiar to you already, we’ve talked about the AAWS-H program in our LOSAT article and if you are interested in its real life history, we suggest you give it a shot. Long story short, the one of the platforms considered for carrying kinetic energy missiles was the Bradley. 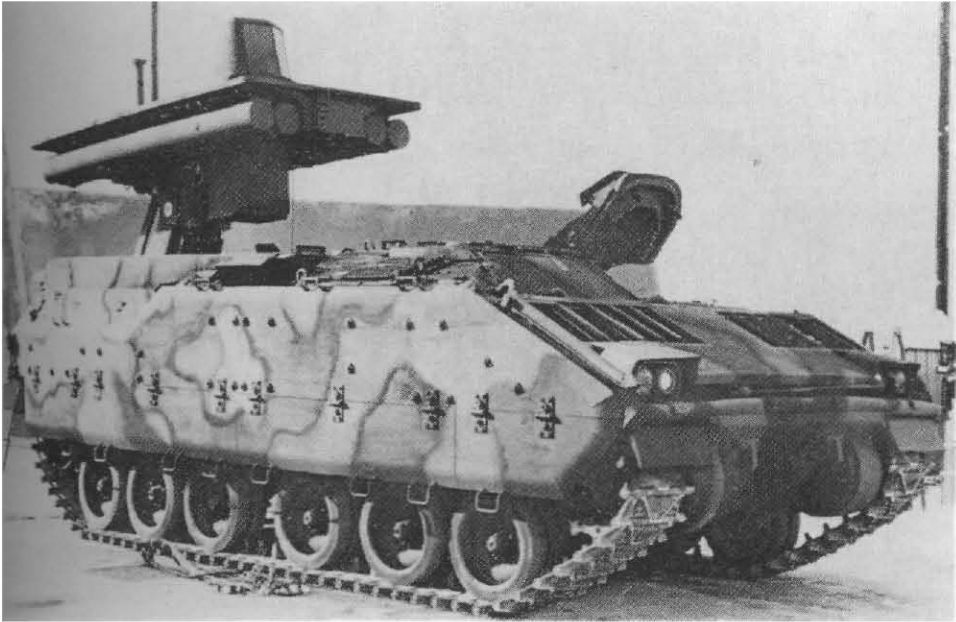 Of course, not just an ordinary Bradley – the chassis had to be heavily modified by Vought to carry four of these potent weapons in a retractable launcher. A prototype (or more likely a full-scale demonstrator) was built and the design was polished between 1988 and 1992 by Vought. After that, the kinetic missile program fell through a series of transactions to its competitor, Lockheed Martin, and moved towards different platforms.

As such, the Bradley AAWS-H (the name stands for Advanced Antitank Weapon System - Heavy after the original U.S. Army program it was a part of) can be considered a predecessor to the M8 MGM-166 that is also obtainable in the game as a part of the American Dream progression branch.

In Armored Warfare, the Bradley AAWS-H will be a Tier 8 Premium Tank Destroyer, obtainable from Patriot Loot Crates. We’ve mentioned these crates recently in our Last Patriot article but, long story short, these will be comparable to the other Battle Path Loot Crates and will be purchasable for Battle Coins. In addition to the AAWS-H, other very valuable prizes – such as Commanders and other Premium vehicles – will be obtainable from it as well. 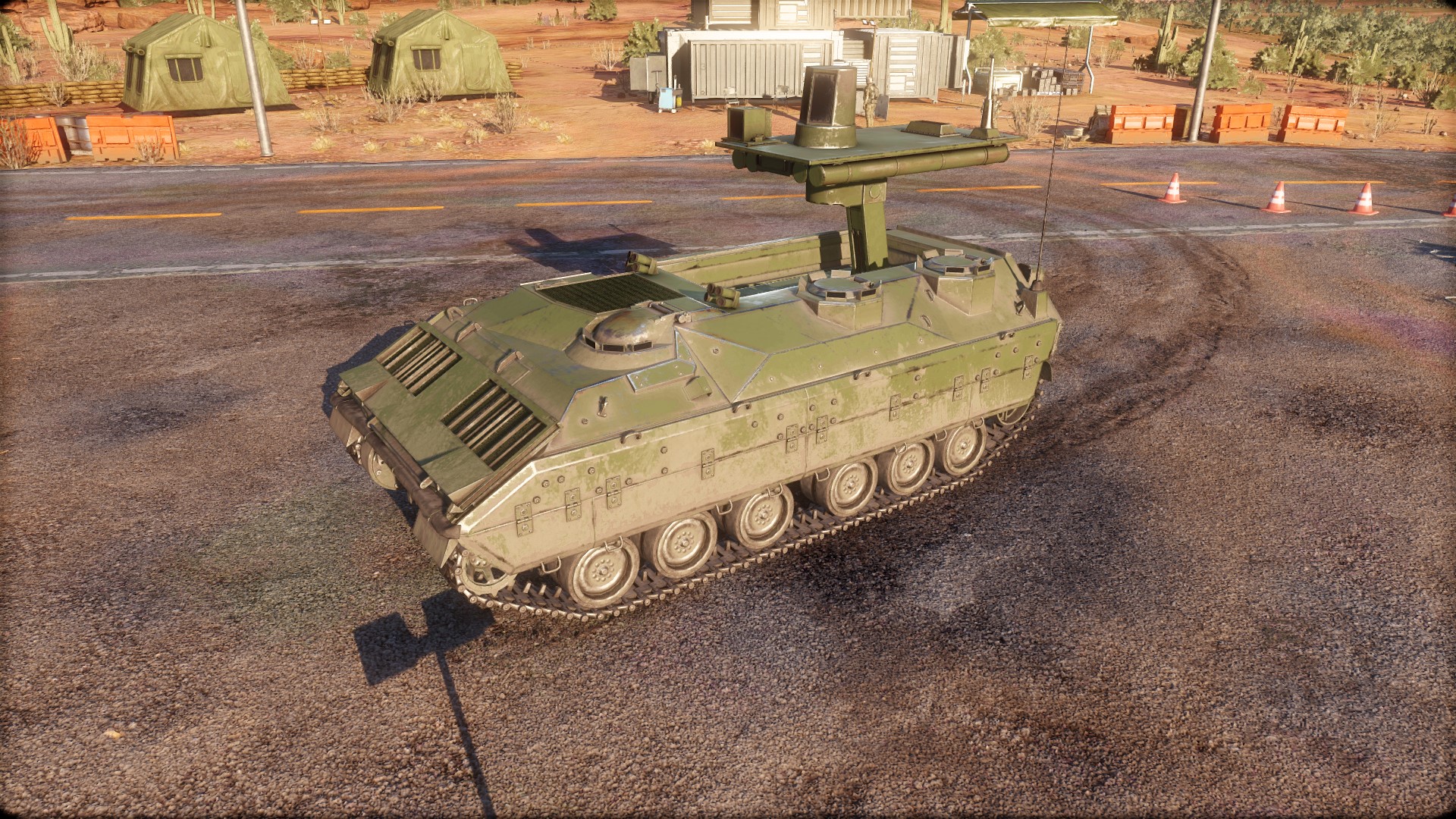 As you might have already guessed, the Bradley AAWS-H will be armed with kinetic missiles – four of them, in fact. Of course, for balance reasons, these will not be as powerful as those on Tier 10. They will use the same mechanics though:

There will be four missiles readily available with 4 seconds between each launch. After that, the launcher will retract to reload, which will take roughly 30 seconds (launcher erection time included). The launcher will have limited traverse ability only (roughly 50 degrees) – beyond that, the whole vehicle hull will have to traverse, making you lose the camouflage bonus for being stationary. 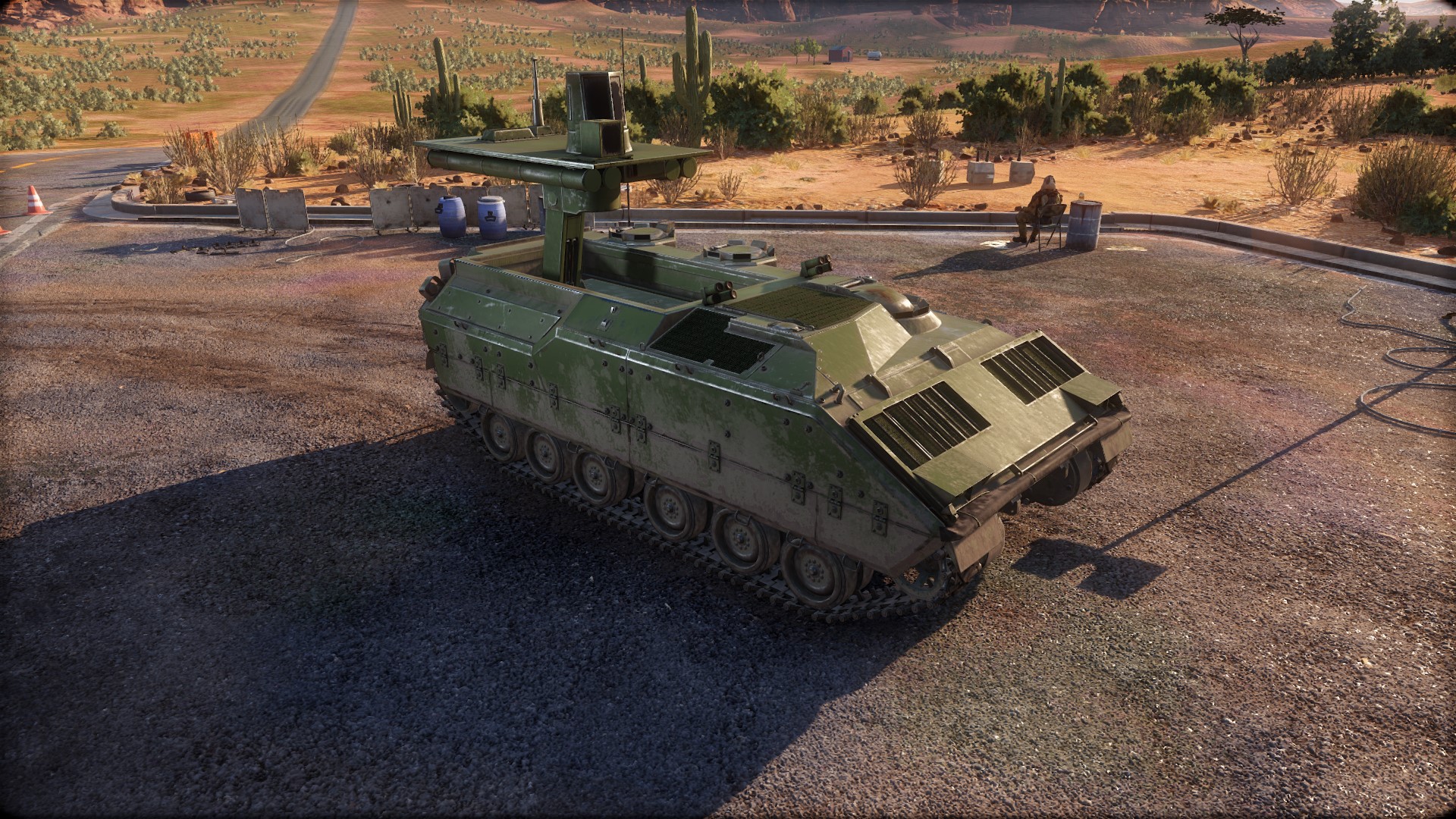 The Bradley AAWS-H will be fairly mobile thanks to its light chassis and powerful engine, but its armor will be very basic, just like on a regular Bradley. Military aluminum doesn’t provide much in the terms of protection, after all. Thankfully, two active abilities will be available –ECU Override for getting to position faster than your opponents and the Retreat ability (unlocked via the Workshop), allowing you to increase your acceleration and camouflage at the cost of viewrange and reload speed for getting out hairy situations quickly.

And, last but not least, the second Workshop upgrade available will be the 360 degree FOV system, increasing the viewrange by 100m when stationary (to whopping 500m).

All in all, the Bradley AAWS-H will be akin to the M8 MGM-166, only two Tiers lower. Staying at longer distances from your target and, most importantly, staying hidden will be the key to success with this vehicle. The AAWS-H will be more or less defenseless at close ranges, which is something any prospective commander must keep in mind. 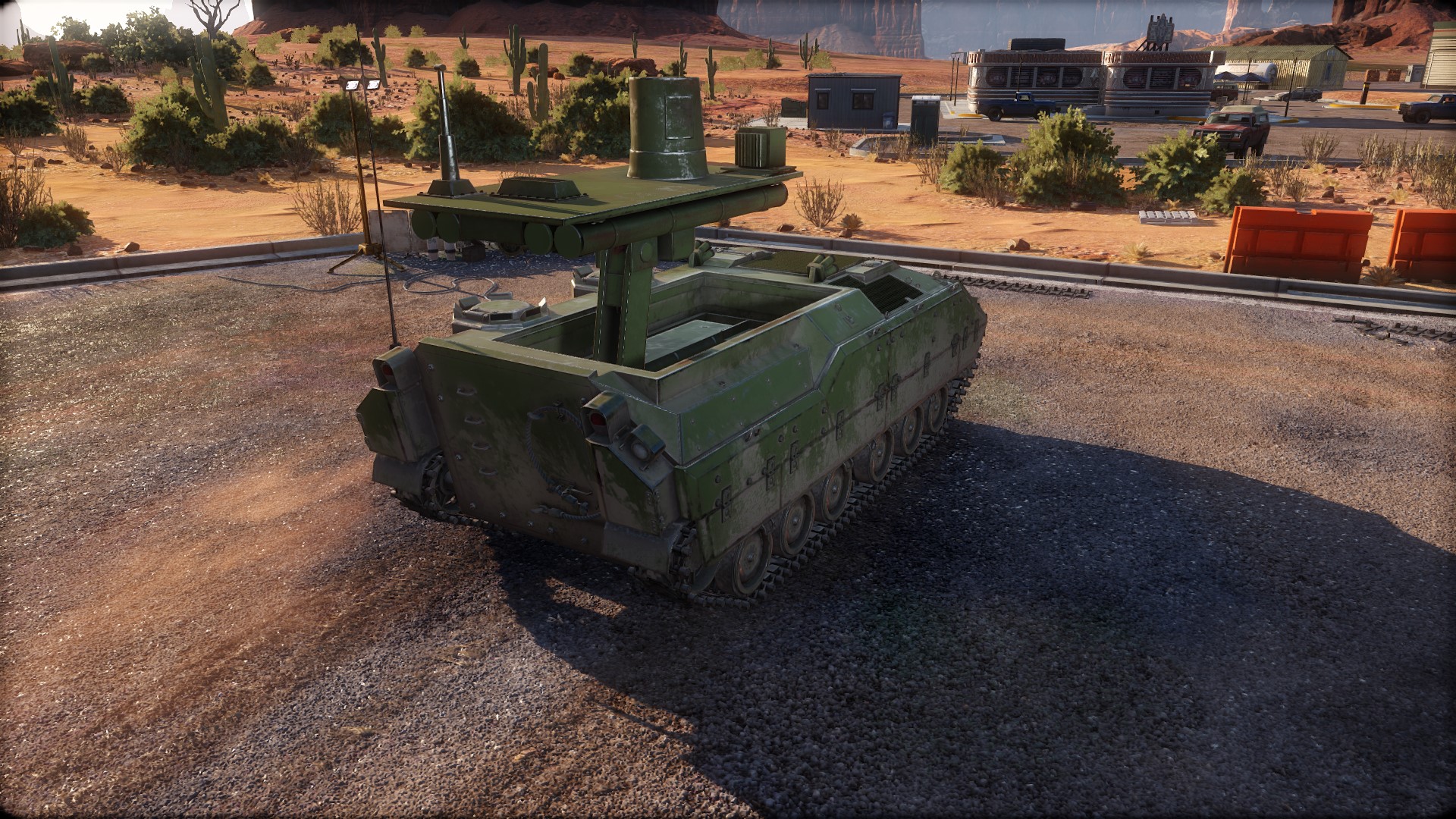 However, at longer ranges, the vehicle will be devastating, especially thanks to its four-round volleys. When played right, your enemies will fall before you like wheat before a scythe, unaware of your existence until the moment they start exploding. However, expose yourselves too soon and your AAWS-H will end up in flames rather quickly.