Today we’d like to tell you about some of the mechanics changes that are coming in Update 0.26, which will affect the anti-tank guided missile situation, especially in the PvE modes. 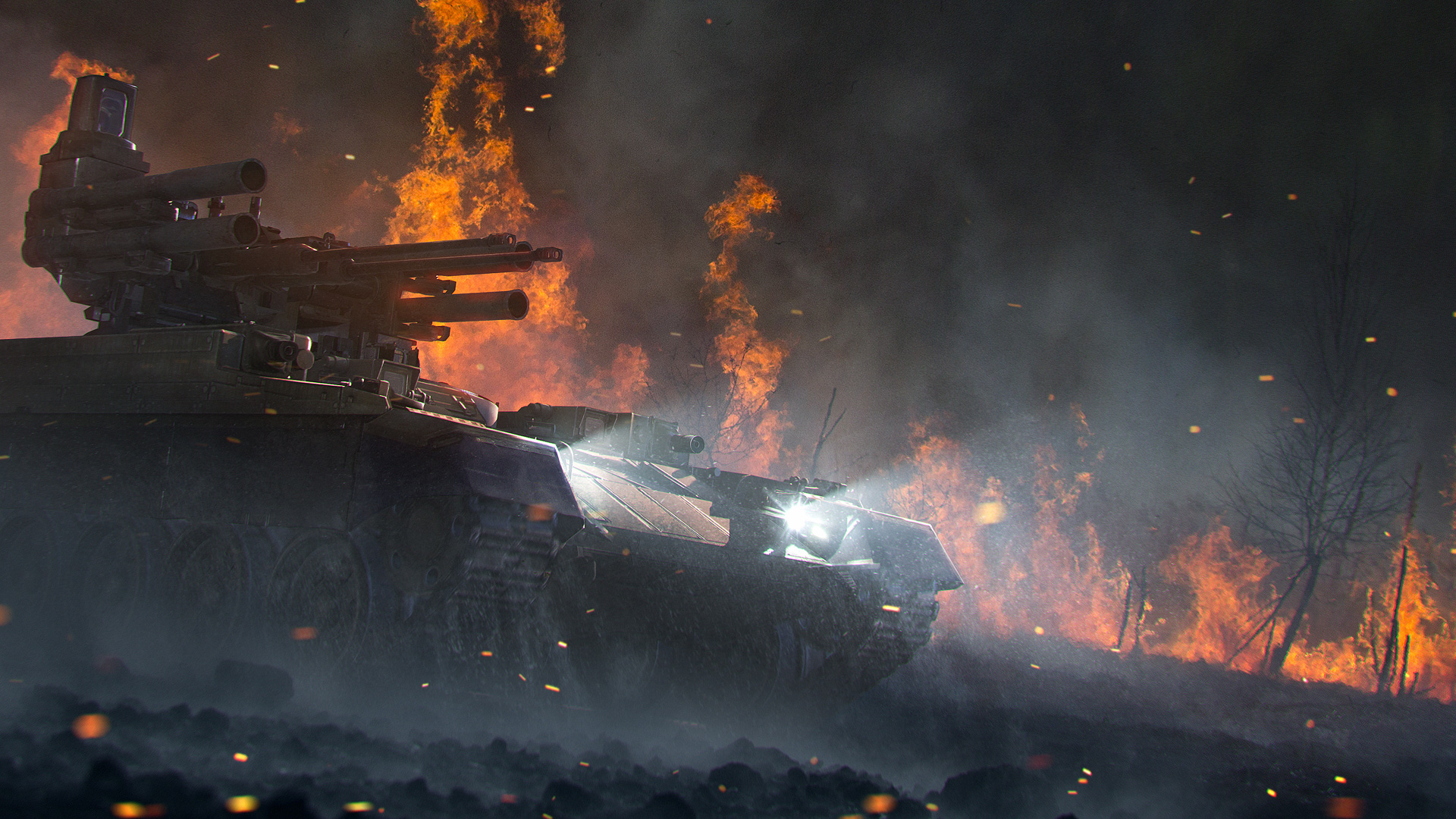 In the last several updates, we took steps to reduce the amount of missiles flying at you in PvE and while it’s true that the amount of total taken damage from ATGMs was reduced, some frustrating elements remained, the most obvious one of them being the issue where guided missiles destroy player vehicle modules too easily – especially the infamous turret ring components.

In Update 0.26, we will be addressing this issue specifically by reducing the damage dealt by AI vehicles (including by ATGMs) to player vehicle modules to mere 33 percent of the original value (with the exception of Hardcore and Heroic Special Operations where it will be reduced to 50 percent).

This will help mitigate the broken module issue further. Please note that this change will only be applied to PvE – PvP modes will not be affected.

Another change that we are planning on concerns a global overhaul of the APS systems for all modes.

The Active Protection Systems serve to protect your vehicles against incoming guided missiles. There are two kinds of them:

Soft-kill APS consist of various dazzlers and jammers that interfere with the guidance system of an incoming missile, making it miss. Hard-kill APS, on the other hand, directly destroy the missile by firing some sort of projectile at it or near it. There are multiple ways of tackling the issue, from explosive grenades fired against the missile to a close range “shotgun”, blasting it from the air.

We will be introducing four types of APS:

The first two will work automatically, although we will be introducing a few changes to make them more effective.

Passive Hard-kill APS modules will work roughly the way it is now. They will destroy incoming ATGMs once per several seconds (depending on the system) and will have a limited amount of charges. Their minimum range will be, however, reduced to 10 to 20 meters to make them handle close combat better. They will also work against missiles from all angles and, finally, they will automatically notify players of an incoming missile within a certain radius.

Passive Soft-kill APS modules will be completely overhauled. They will work constantly at a specific range. Any missile that enters this range (and moves towards the jamming tank) will have its missile noise (accuracy) significantly increased, making it very hard, if not impossible, to control (by definition these systems work against guided missiles only). They will have longer range than hard-kill APS and they will also notify you of any missiles within their operating radius.

The retrofit that currently allows you to detect incoming ATGMs will be removed and refunded.

Most APS in Armored Warfare will be passive. Some very high-end systems will, however, be active.

Active hard-kill APS works only when a player presses the APS button. It creates a shield around the vehicle that will intercept every HEAT and ATGM projectile with the exception of autocannon rounds (the threshold is the caliber of 100mm – anything of the same caliber or above will be intercepted). The duration of this ability is short and the cooldown is long but for a certain time, the vehicle will become practically invulnerable when it comes to shooting damage (ramming and falling will still deal damage of course). Only two systems will work like this – the “Super Trophy” of the Merkava Mk.4M Tier 10 MBT and Armata’s Afganit:

Please note that this feature will come after the launch of Update 0.26 – in Update 0.26, both systems will work as passive hard-kill APS.

Active soft-kill APS also works like an activated shield but only against guided missiles. Instead of being destroyed outright, any guided missile entering the protected area will be deflected elsewhere. The downside of this type of system is its shorter range and the fact that it will only deflect missiles within a limited angle – players will have to turn the vehicle’s turret towards the incoming missile. This type of APS will be represented by the Russian Shtora in the future – in Update 0.26, Shtora will work like a standard passive soft-kill APS.

Each APS represented in the game will be slightly different – read its tooltips carefully to learn about its unique abilities and downsides. Another new aspect is that the technological level of the incoming missile will also play a role when it comes to soft-kill APS efficiency. Soft-kill APS will be less effective against modern missiles and more effective against older ones.

And last but not least, you will have one more tool in your arsenal to defeat guided missiles – smoke!

Altogether, these changes should make the PvE situation more manageable and we are eagerly awaiting your feedback.

We are proud to present the preview of the newest addition to Armored Warfare, Update 0.26, and the second part of the “Black Sea Incursion” Season!