Today, we’d like to show you the new mixed winter PvP map that we are going to introduce in Update 0.26 – Salzburg. 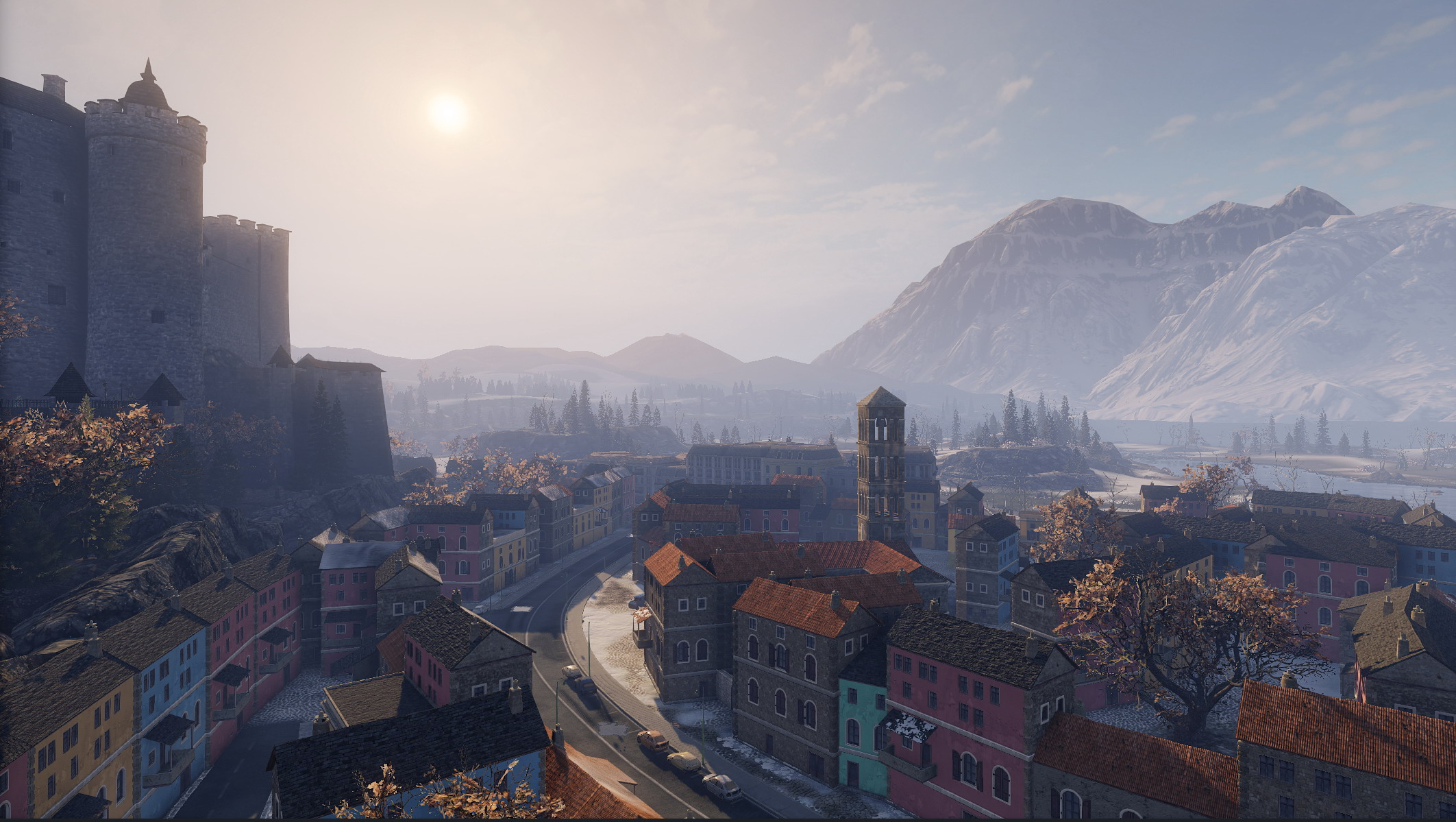 Set amidst some of the most beautiful mountains in the world, the once-peaceful city of Salzburg has been evacuated following another incursion by the Lodestar security forces after they had failed to take the region several years earlier during the Corporate Wars. What was expected to be an easy power grab turned into a prolonged battle with local militias recruited from the Bulwark Initiative veterans that settled here after its dissolution. The entire city turned into a battlefield where corporate interests met the resolve of its defenders. 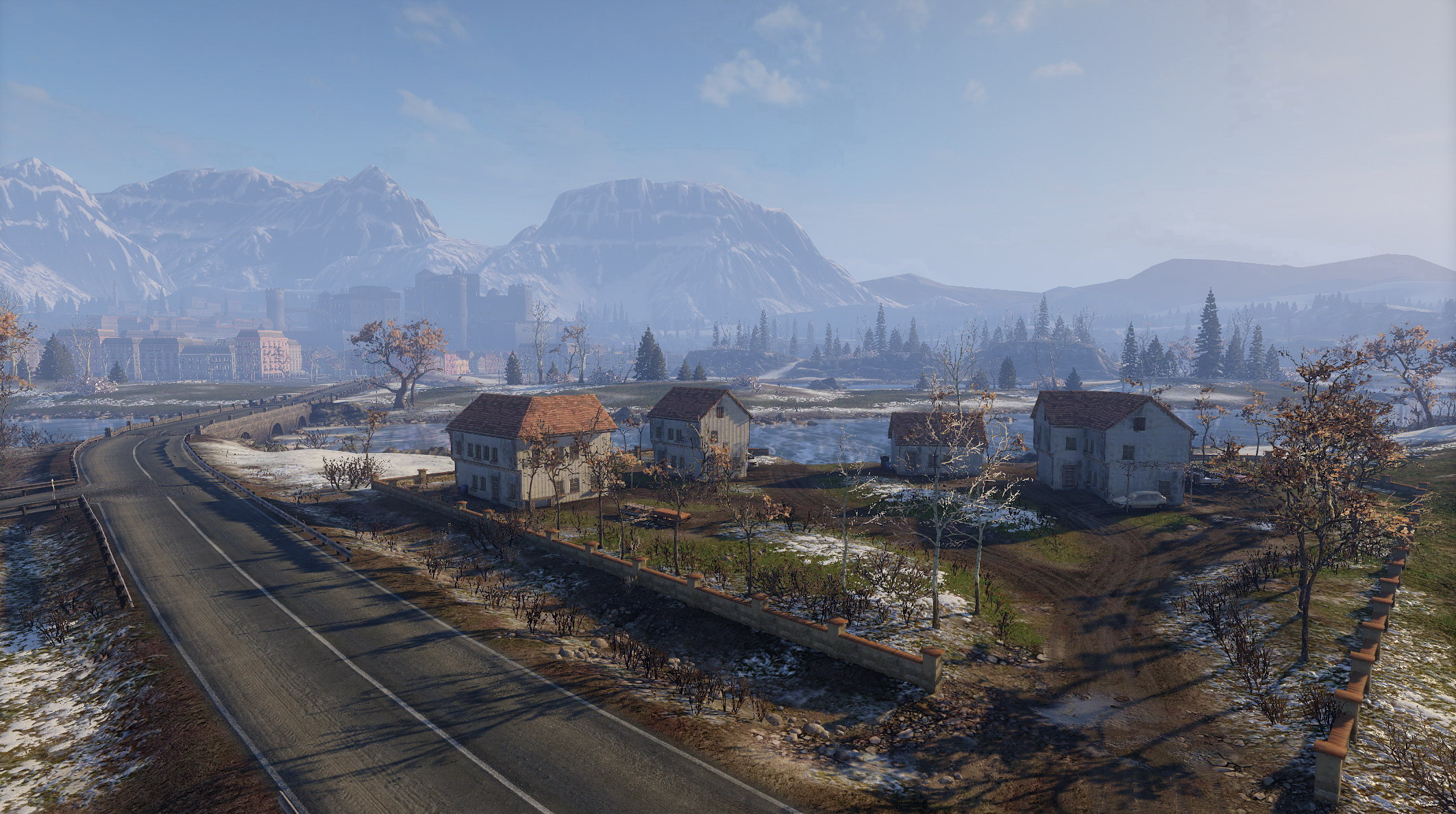 The Salzburg map is divided by the river Salzach (running southward) into two distinctive areas – the western outskirts and, to the east, the city itself. 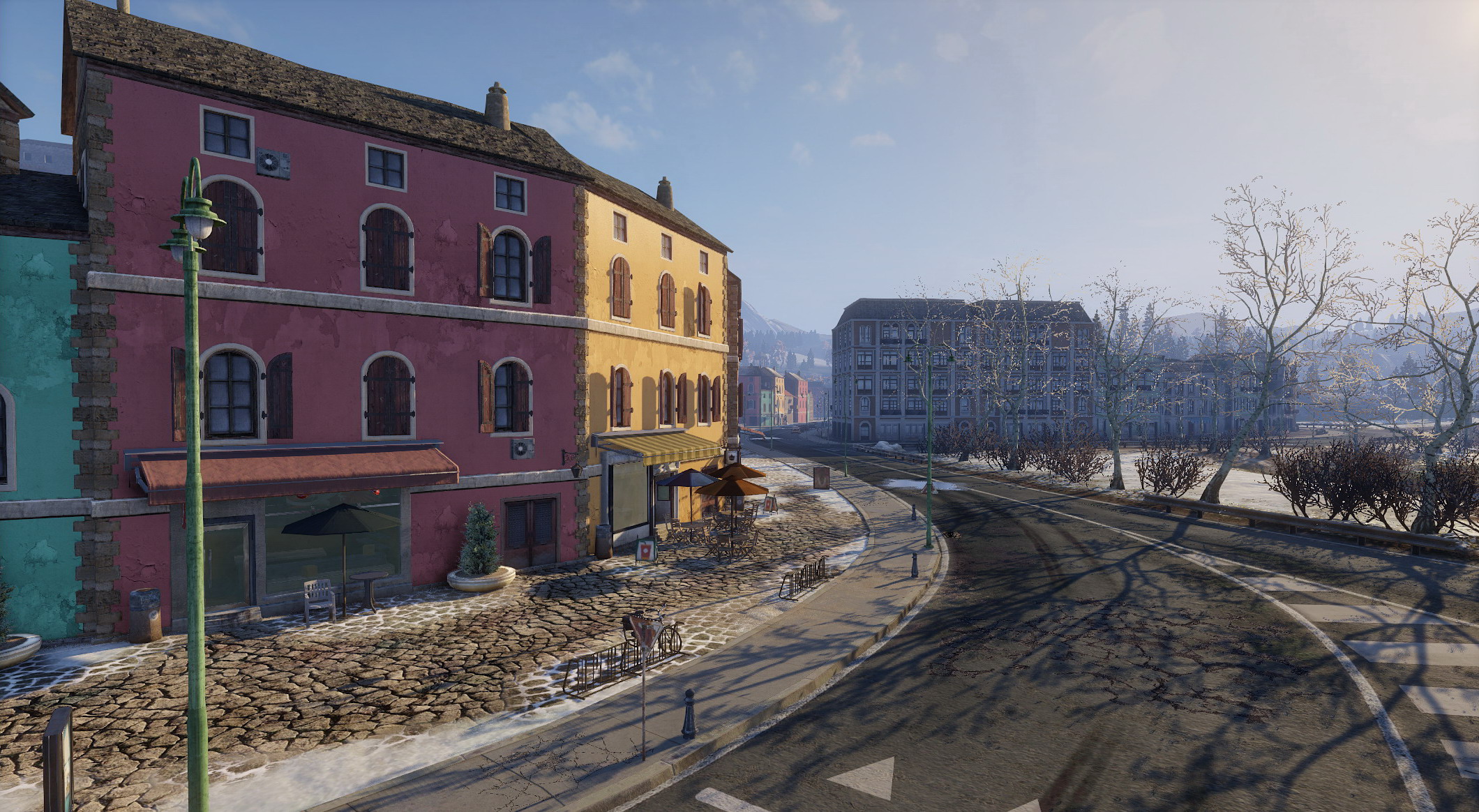 The city area (occupying the eastern shore of the river) is a maze of narrow streets with the Salzburg citadel dominating this portion of the map. Players who can take control of the citadel and the mountain it stands on will be exposed to enemy fire but will also be able to fire around the entire map. Skilled Tank Destroyer commanders can use this area to mine some salt from the tears of their enemies! 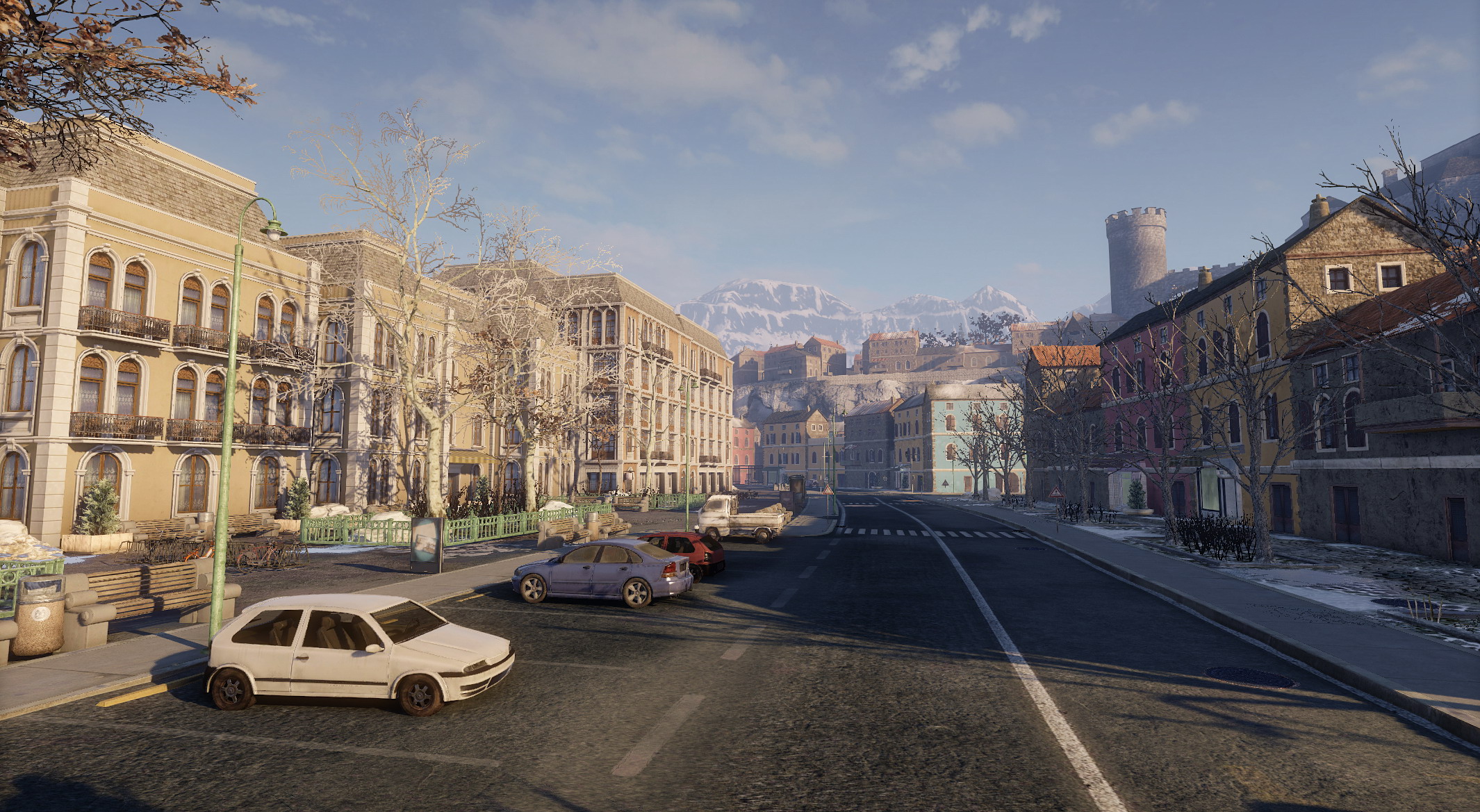 The city below the citadel is a typical urban environment that is suitable for heavily armored vehicles such as Main Battle Tanks. Be careful not to get flanked by faster enemies and watch your back! 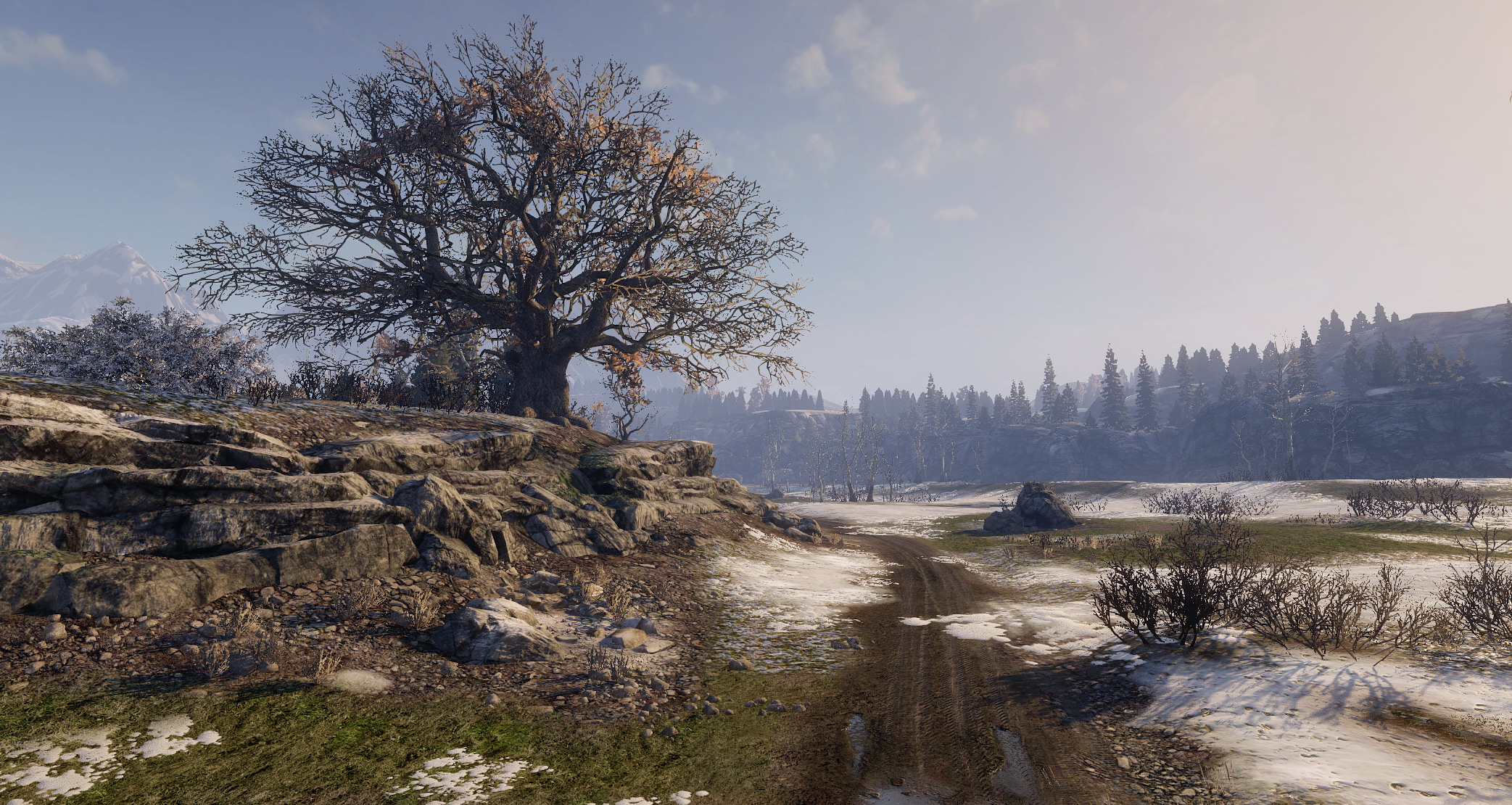 Finally, the outskirts are a series of rolling hills with some cover provided by smaller buildings. This terrain is much more open and far more suitable for fast flanking maneuvers than the eastern bank of the river. 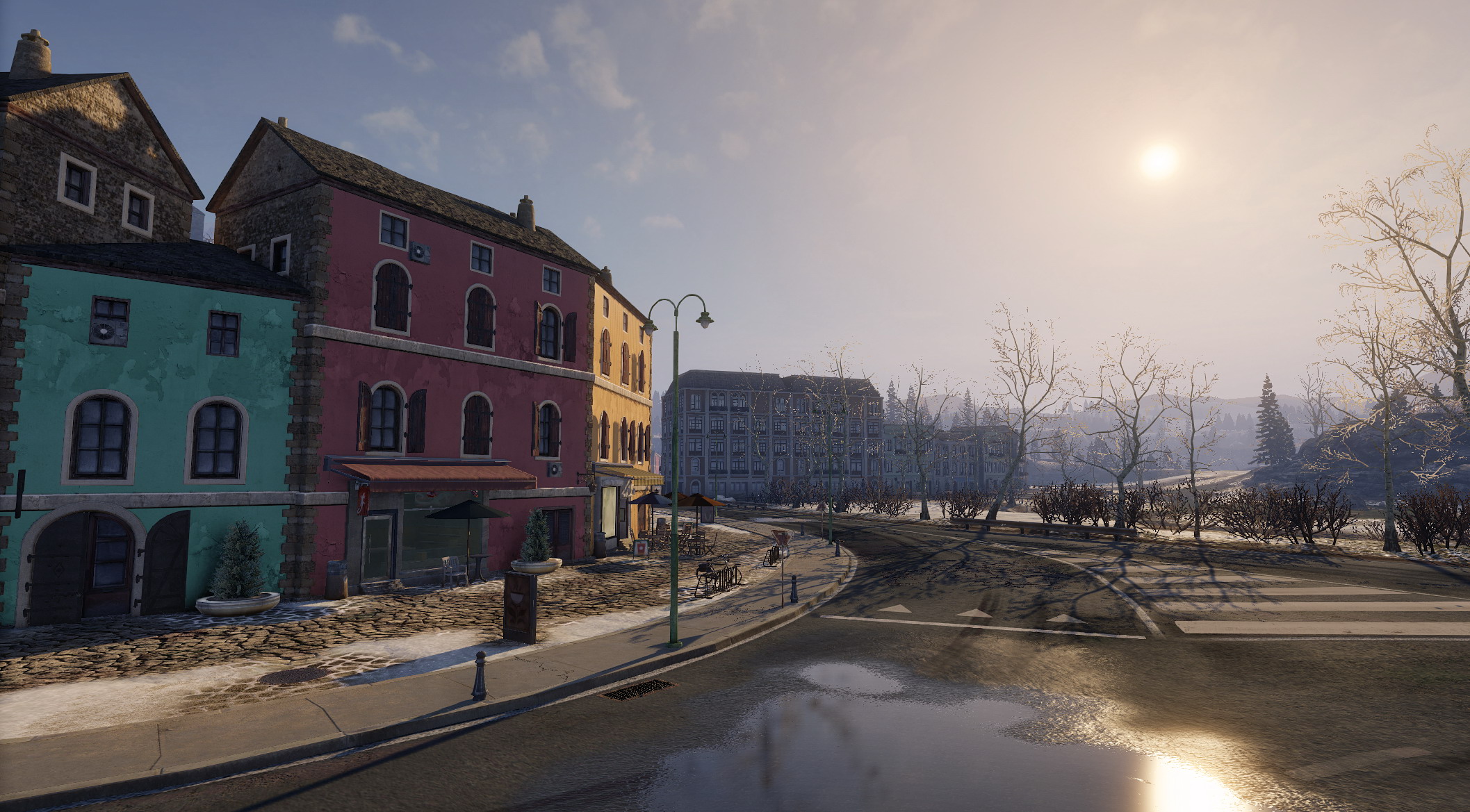 The river itself can be crossed using two bridges and a ford – these will be vital for your team’s success. Guard them with your life!

We hope that you will enjoy this map and will see you on the battlefield!

Learn more about the additional mechanics changes that will appear in Update 0.26