One of the most common questions from the PvE-oriented part of the community is that of PvE AI-operated guided missiles or, more specifically, their amount and accuracy. It was often felt that the amount of guided missiles fired by the AI opponents in PvE missions was excessive and their accuracy too high, resulting in a number of hits that very few vehicles have a chance to withstand.

We’ve seen the community feedback and we’ve examined the situation carefully. On January 30, 2018, we’ve introduced Update 0.23.4374, which reduced the AI guided missile rate of fire by 20% with the exception of the T-15 that received 60% reduction to its rate of fire. This step was regarded by us as an initial “hotfix” to the missile situation that would allow us to measure the effect and see what impact the change would have on general PvE gameplay. 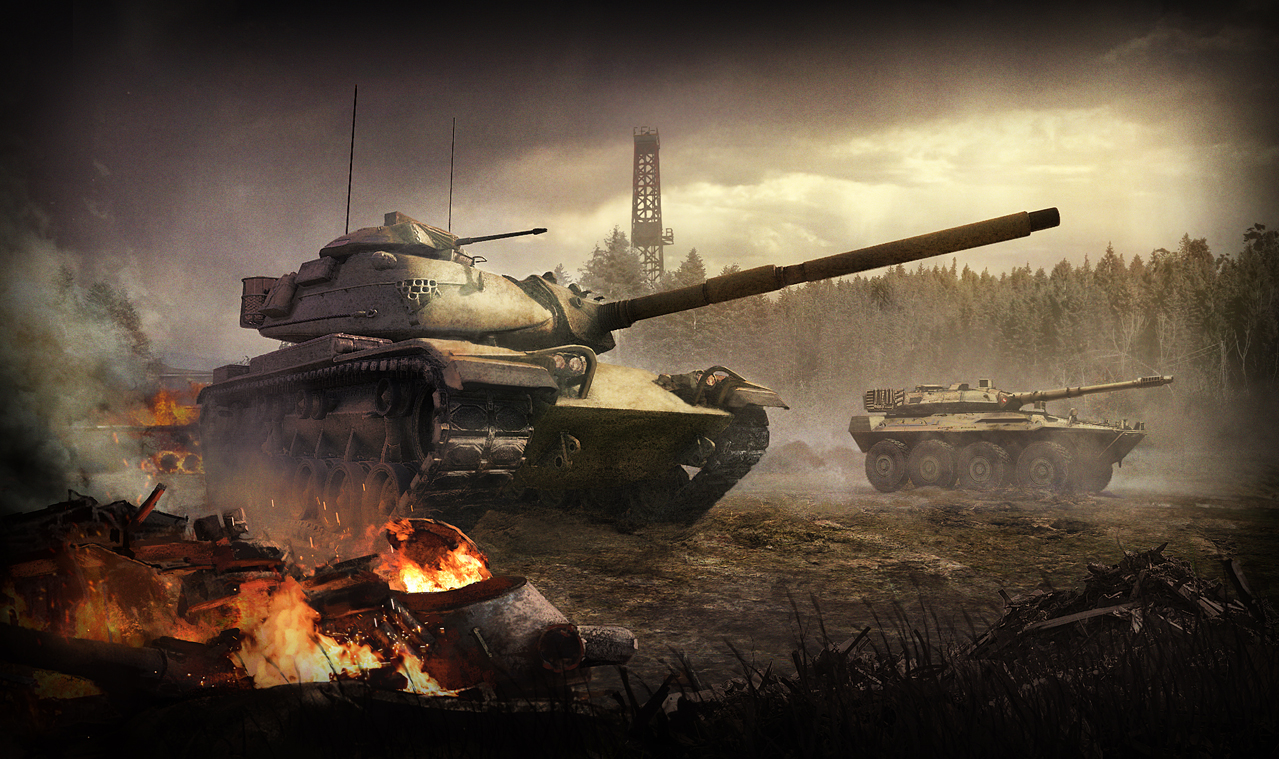 Let’s take a look at how the situation appeared before the abovementioned update with the EU server Tier 10 PvE as an example.

To demonstrate the previous state of the ATGMs, we’ll use a percentage of damage taken versus nominal ATGM damage and we’ll compare that to how much damage the armor-piercing shells fired at the vehicle in battle did – and then we will draw a comparison.

First, an example of what this means. Let’s say your vehicle was hit by 4 anti-tank guided missiles, each one with the nominal damage value of 1000 – in other words, you were hit 4000 nominal damage points in total. Of the four missiles, two bounced, one did 350 points of damage and one did 1000 points damage. You were thus hit for 1350 damage out of potential 4000, or 33.75%.

Pre-Update 0.23.4374, the following percentages of nominal damage were dealt per battle:

To reiterate, what this means is that for example, all the missiles that impact the Leopard 2AX per battle deal 23.52% damage of their nominal (average) damage. Two things are worth noting:

The following share of all damage taken per battle was caused by AI ATGMs pre-Update 0.23.4374:

The value above is influenced by a large number of factors such as the armor layout, vehicle mobility, play style etc., but generally, it can be said that roughly one half of all damage taken by MBTs in Tier 10 PvE Hard battles was caused by ATGMs.

Now, let’s take a look at how Update 0.23.4374 changed the share of damage caused by ATGMs. After the launch of the abovementioned patch, the values started looking as such:

You can naturally see a much bigger drop on the MBTs since they are the ones the AI vehicles target the most since they are often the closest to them and draw the most “aggro” (the heavier the vehicle, the likely the AI is to target it with MBTs being the most likely to draw attention). In other words, only roughly 28% of damage taken in PvE battles by MBTs is now on caused by ATGMs.

Compared to the pre-update scenario, this value was, for the Tier 10 MBTs, reduced by roughly 72% on average.

As you can see, the update had a significant effect.

There are, however, other considerations and issues we’ll be addressing, chief among them being the question of AI module damage and targeting.

We ran an exhausting series of experiments and reached several conclusions regarding the plans for the AI behavior. In Update 0.24, we are introducing two changes with significant impact on AI behavior:

These changes, along with the previously introduced ATGM rate of fire reduction, will bring the general AI ATGM damage output to the desired levels.

This is, however, not the full scope of planned changes – in one of the future updates we are planning to take a look at the AI behavior in general and to overhaul it to improve the PvE experience.

Please note that we do not want to introduce exceedingly frustrating elements to the game or to leave the existing ones unaddressed. However, we do not want to eliminate the threat of AI ATGMs from the battlefield completely. The ATGMs are one of the key weapons in AI arsenal and we definitely want to keep them a threat, offering players an appropriate challenge.