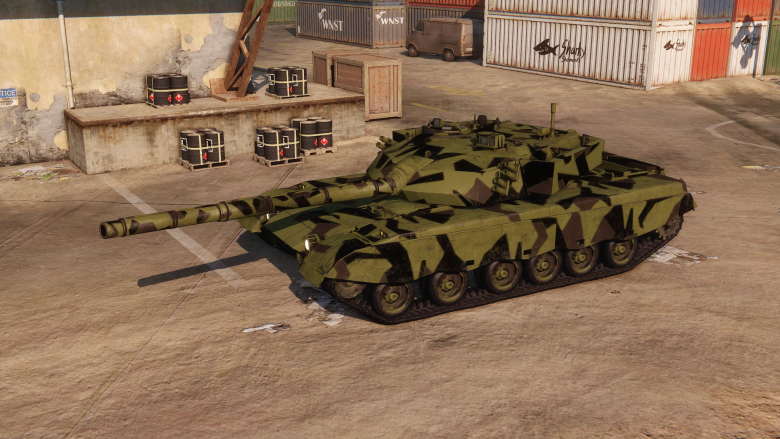 The internet is full of videos of MBTs performing cool looking drifts. Will there be such a thing in Armored Warfare as well?

Absolutely. In Update 0.22, vehicles will be able to perform cool drifts on slippery surfaces.

Let's talk about PvE for a moment. Currently, the issues include bots making incredible unrealistic shots (instant reactions), bots appearing out of thin air behind players and, most importantly, the pinpoint-accurate ATGM shots that wreck turret rings. What can you tell us about the plans for the PvE mode?

Update 0.23 will feature improvements to the existing PvE mechanisms, including adjustments to the AI reaction time (to remove the infamous instant shots), ATGM changes (to deal with the pinpoint AI accuracy), new types of enemies and other fixes. We will tell you more about those changes in an upcoming separate article.

We've seen the Commander overhaul, coming in Update 0.22. Are you planning to overhaul the Crews as well?

Yes, but first we want to focus on commanders. The Crew system will be overhauled later, after Update 0.24.

Will you introduce a multi-use fire extinguisher consumable to the game?

Are you planning to introduce ATGMs that will be guided using first person view ("camera inside the missile")?

Yes. We are planning such a feature for one yet unannounced and very special Israeli vehicle that does have that option in real life. If the feedback is positive, we'll think about using the feature further.

We've seen some art with camouflage nets. Some models in the Alpha development phase even featured it. Will you introduce such a feature?

We are considering it but for now we want to focus on improving the general vehicle visuals. Update 0.23 will feature upgraded shaders as well as a global vehicle visuals overhaul to make them much more realistic looking. After that, we are planning to improve the impact decals, special effects and environmental effects (for example, tanks becoming dirty when driving through mud) and after that, we'll deal with external equipment such as the aforementioned camouflage nets.

What is your position on autocannons in Update 0.21? Are they satisfactory, or are you planning more changes?

Update 0.22 will feature many autocannon improvements. To sum the changes up – autocannons with very high rate of fire (and damage per minute) will appear again, it will be simpler to penetrate tank flanks and autocannon shell spread will become more predictable.

Are you planning to introduce vehicles or skins based on historical camouflage?

We'd like to see all PvE missions being available for all difficulties. Is that planned?

We'd like to have as much map diversity as we can in Armored Warfare - and this includes diversifying by difficulty. Some PvE missions, available on higher difficulties, are inherently more difficult than others (they were designed from scratch to be like that) and cannot be simply enabled for the Easy PvE mode. Vice versa, we do have maps for newbies that are unsuitable for higher difficulties. With that being said, the current PvE difficulty system is, according to our opinion, not completely satisfactory and we are planning to improve it - both by adding more difficult missions for experienced players and by adding more content for new players.

Community manager CptFancyPants answered a number of hot player questions assembled by one of our esteemed moderators, Terror_5FDP!