Are you interested in knowing about the Armor Inspector plans? It's time to find out more about this hot topic! Welcome to the newest Q&A Session where developers are answering questions posed by players. 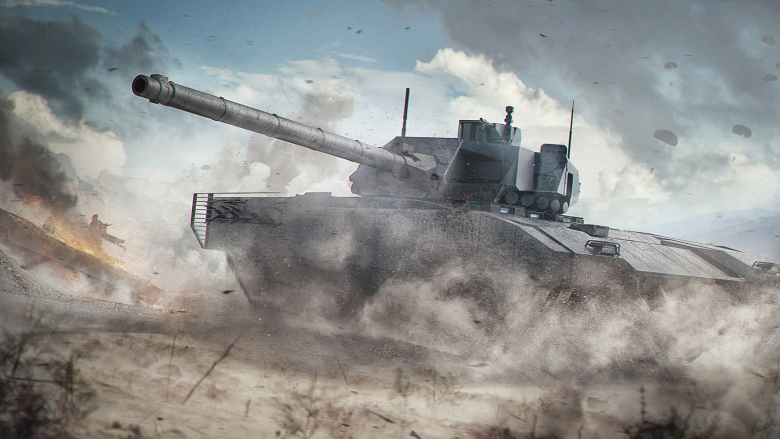 Would it be possible to add magification level indicator (x4, x8) to the sniper view so that we know what zoom we are using?

In the future, we are planning to overhaul the combat interface. We'll consider this as well.

Will you introduce an armor inspector?

What are your plans for PvE, are you going to introduce some sort of in-game campaign?

Yes, we have such plans for the near future.

Will you give more importance to the Armored Warfare storyline and lore?

Yes, as a part of the abovementioned PvE improvements.

Do you have any plans to allow cross-server gameplay (roaming)?

Not at the moment.

Long ago, it was announced that the Vickers Mk.7 would replace the Ariete. What are your plans for the vehicle now?

Vickers Mk.7 will not replace the Ariete, but it will appear in the future. As for the Ariete, we do not have any specific plans at the moment.

That's something we are working on intensively. The vehicles will react faster on driver input and the handbrake button will allow you to make cooler turns.

In Update 0.21, you are reducing the Challenger 2 maximum speed. It was sluggish even before – why reduce it even further?

This is but the first of several changes to its speed. In Update 0.22, we are planning to overhaul tank mobility in general so that they become more diverse. Different types of engines will have noticeably different properties – for example, gas-turbine engines will accelerate slower in low revs than diesel engines but will accelerate faster at high speeds.

Are you planning to make the T-62 Veteran a premium?

Update 0.21 is bringing an overhaul of many shells, especially the HE and HEAT rounds. How will the Wiesel and VBL AFVs fare when you already removed one half of their hitpoints previously? They'll now be killed outright by every single HE round that hits them. Are you planning to do anything about it? After all, the vehicles are bad as it is.

Both vehicles are in fact performing well statistics-wise, but they do require certain level of skill to play effectively. However, we are planning a spotting system fix that will make them safer to play by making it easier for them to stay unspotted.

What are you planning to do with the PvP phenomenon known under the term "circular battles", where both teams form "lemming trains" (groups of players blindly following each other) and chase each other mindlessly around the map?

This is something that's caused by many different reasons, from vehicle specifics to map specifics. We will continue to work on both, but this is not something that can be "fixed" by a single action. We will carefully rebalance the maps and vehicles in order to address this phenomenon, but do keep in mind that it's not going to go away completely – players are free to choose their tactics.

Yes, we'll continue to fix problematic models. The T-72B is one of the models with the highest priority.

You are buffing the reload time of many Russian tanks in Update 0.21, except for the Object 187. Why leave it out of it?

The buff is tied to the real-life modernization of the T-series tanks that received an autoloader modification to be able to use longer shells. This modernization did not happen on the Object 187.

In Update 0.21, when I fire a HE shell at enemy MBT's turret front, it sometimes does a lot of damage and sometimes it does nothing. Can you explain this?

High damage to turret fronts is caused in situations where the HE shockwave "seeps" under the turret and damages the sometimes poorly-protected turret ring and traverse mechanism. We are planning to overhaul the HE damage further to make its damage more predictable and evenly spread – it will no longer "seep" into armor cracks, looking for weakspots.