Welcome to the twenty-third issue of the Developer Digest series. Here you can find out more about game development straight from the developers and producers of Armored Warfare! 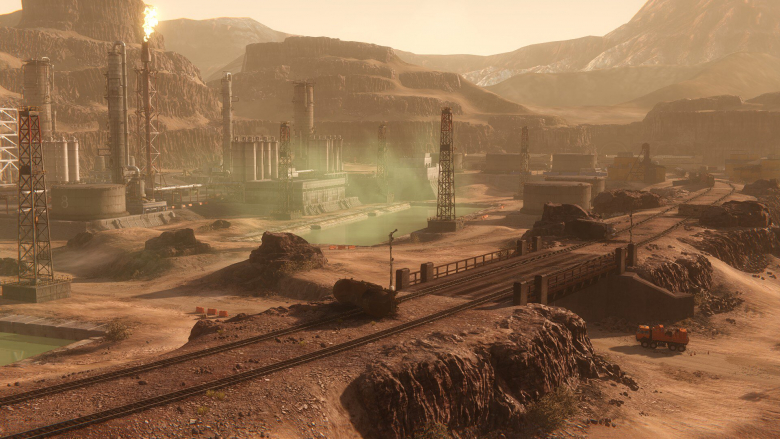 I’d like to point out that the community does not like the proposed merge of PvP and Global Operations queues!

This option is still in flux and may not arrive as originally described. The original implementation allows the publisher to disable the Global Operations standalone queue in favor of a toggle option that allowed you to select your preferred mode. The system would them try and place you into that game mode assuming enough players also elected to play that mode.

We understand some want a hard toggle which forces them to only get placed into a particular PvP mode if desired, but that requires a different amount of work to be implemented. As a result, neither option has been decided on just yet.

It will be returning in a slightly reimagined form. First hit to Ammo Rack will turn it yellow "warning" you to be careful or consider repairing it. Second hit to Ammo Rack will detonate it, causing a fire which burns for 40 percent of your maximum hitpoints. If you have a fire extinguisher (especially an auto extinguisher) you can mitigate most of the damage, but not the first tick.

Is the decision to remove the current artillery form final?

Yes. The mechanic of indirect fire will not be returning. At least not in a player controlled vehicle class (Wildcard is a possibility).

Some say that when taking the decision to remove the current artillery mechanics, you only listened to vocal anti-SPG community on the forums.

That is not true. As we mentioned in the recent stream, feedback is taken from multiple locations, including the forum. When we send out targeted surveys these give us a very good idea of what people are playing and what they like/dislike about the current situation of the game. This feedback, combined with forum feedback and our own evaluations of the class highlighted the fact the class mechanics simply worked against what we were trying to achieve with the game.

Once you combine those completely against the class with those wanting to see it in some other non-PvP limited form, there are more people in this very thread who are anti-arty in a PvP sense. This disparity grows even larger when you subtract the "pack mentality" which occurs in a forum space, where public opinions are swayed based on arguments made which do not take into account all factors. In a survey setting, players only have their own feelings/opinions to go by and there is a much clearer depiction of what kind of gameplay players like and hate.

How about making it a PvE class only then?

That’s not our plan. Players saying we should just make the class PvE-only also fail to consider what that means from a resource perspective. We would essentially be putting resources into a class which could only be used in a limited gameplay environment. This means, if we ever wanted to put resources towards adding more Artillery vehicles or mechanics, we would be doing so with the knowledge that the class would only be seen in a comparatively limited setting. From a resource management perspective, this just doesn't work. From a community perspective, players would simply see a class continue to stagnate, with no new vehicles or major additions added in comparison to the other classes.

Is there any estimate as to when Update 0.19 comes to Live servers?

We are expecting it to arrive in January. More than that we can’t share at the moment.

In the past, there was a mechanism called Over-penetration. Will it be making a return?