Welcome to the eighteenth issue of the Developer Digest series - find out more about game development straight from the developers themselves! 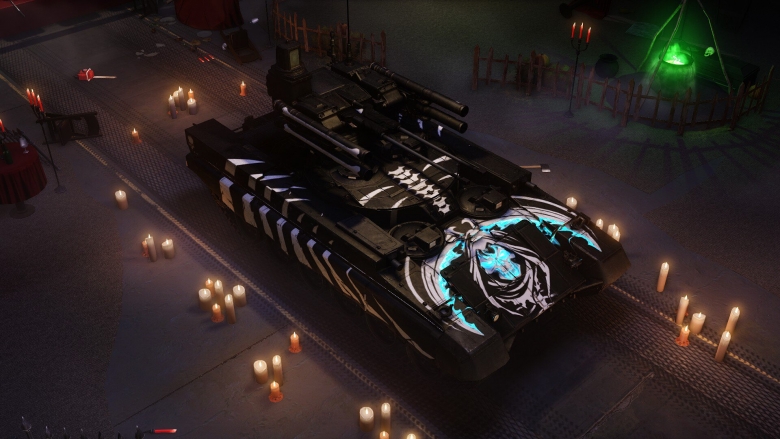 I am getting kicked to Garage from time to time randomly with my vehicle still stuck in battle. Do the developers know about the issue?
We agree that this is a major problem. What happens is it randomly affects a batch of users in a particular game, but it may not affect them during the next 5-6 games. As for any updates, we are going to revisit this issue with the launch of Update 0.18 as we've added some debugging code to help us track this issue better. To be clear, we have not said this issue is just a player-side one, but at the same time it seems to be affecting certain players at random. We are still actively investigating this.

All my Gold and Credits disappeared in Update 0.18!
It’s a visual bug. Your resources have not disappeared. We are working on a hotfix.

It was announced earlier that PvE artillery would be removed in Update 0.18, what happened to that plan?
The entire artillery plan got postponed at least until Update 0.19.

In his recent interview, Richard Taylor mentioned the hitpoints being evened out between Tiers in Balance 2.0. Won’t that negatively affect light vehicle survivability?
Hitpoints do not equal survivability – at least not directly. While at lower tiers you will have more hitpoints, your armor isn't going to be as well rounded as those at higher tiers. Armor packages, ERA, Cage, APS – all of this adds to a vehicle's effective survivability and is what separates an IS-7 from a T-14. That same logic can be applied to accuracy, ammo, etc.

Some vehicles will be completely rebalanced, split or removed in Balance 2.0 – will there be any compensation for what we spent on them?
Gold spent on camouflage, decals and battle-hardening will be refunded. We have a full comprehensive compensation plan in the works. Once it's ready we will share it with everyone well ahead of time. It definitely favors the player.

I heard that the PT-76 is getting removed from the game in Update 0.19 – is there any chance of keeping it?
The PT-76 may return as a "status symbol" gift tank for those who've been here prior to Balance 2.0.

I’ve noticed that the Global Operations Airstrike Wildcard doesn’t show to the enemy team on the minimap anymore. Why is that?
The bombing run not showing up for the enemy on the minimap was a change we made to see if we could make the bombing run more impactful, while still allowing skilled/aware players to avoid it. It's possible we'll tweak the bombing run more in the future (for example reduce the "wind up time", make the bomber itself fast, etc.), but we want to see how this change plays out before making more tweaks.

Compared to the previous versions, the repair zones no longer heal your full health, but only like 10% of it. Is that intentional?
We didn't want to do the 100% heal, but I do agree that 10% is really low for the opportunity cost incurred.

My feeling is that Desert Crossing is a love letter to MBT players. Combined with the high-tier MBT balance, it's really not shining like it should be.
It's interesting that you feel that way about Desert Crossing. During all of our internal testing of the map, we found people gravitated more towards TDs/AFVs/LTs. High Tier balance being what it currently is obviously muddies things a bit, but I would expect the mid tiers (3-6 or so), where MBTs are less face-roll, to be a more balanced play experience.

It seems that the Tank Destroyers don’t shine at this moment in Global Operations, do you agree?
We are hoping that in a couple of days’ time, more players will find that the combination of repairs, respawns, and Tank Destroyer Damage per Minute makes using health as a resource a viable tactic. Right now a lot of people are playing this like PvE/PvP; they're trying to minimize incoming damage at all costs, even if it means that they pass up on opportunities. In some cases, that's the right play, but I think you'll start seeing gameplay shifts once the reality of respawns kicks in.

Do you have any plans to add SK 105 Kürrasier and Object 279 to the game?
Not at the moment.

Are there any news regarding the Highwall map?
It will be significantly overhauled.