During the recent Developer Stream, Richard Taylor—the Project Director of Armored Warfare—answered a number of questions by players regarding the new upcoming Global Operations mode.

Tell us about Global Operations!
We’ve been working on this feature very hard for more than six months with a dedicated team of developers. When we first considered the concept of that mode, there were several elements we wanted to introduce to Armored Warfare, such as:

We believe we have achieved this goal in Global Operations.

Objective of Global Operations is to reduce the number of your enemy team’s Tickets to zero. Everything you do (capturing points, destroying enemy vehicles) reduces the number of enemy team’s Tickets. There will be dynamic primary objectives located in key areas: capture points that are changing their location, and you pay special attention to what’s happening on the battlefield.

Another new feature will be the Wildcards: they will also work as capture points. The current Wildcards are:

And last but not least, the Desert Crossing map—the first Global Operations map to be introduced—does feature dynamic weather. A sandstorm appears at a certain point during the battle. Not only does it provide interesting visuals, it also limits player viewrange.

Players also have to pay attention to hostile AI forces in the area that are attacking both sides. Unlike in standard PvP, players can respawn in Global Operations after a certain cooldown and can resupply on a resupply point (this feature has been added only recently).

The Desert Crossing map itself is very large, but we are already working on even larger maps (60% more playable space than Frontlines). We’ll share more on that in the future.

How’s the Global Operations mode progression-wise?
Global Operations provides the same type of rewards (Credits and Reputation) as other modes. The matches typically last 1.5 to 2 times longer than an average PvP match and the rewards do reflect that. The rewards per unit of time are on par with standard PvP.

What is rewarded in Global Operations?
The destruction of enemy forces as well as AI opponents, but capturing the objectives counts the most.

What team sizes are you considering?
The mode is currently set to 15 vs 15. We are also considering a 12 vs 12 format.

Aren’t you concerned about splitting the playerbase too much by introducing another mode?
We will keep on introducing awesome features like this and the players will come. However, it’s possible to set Global Operations to be included in the standard PvP mode queue without hotfixing the game—we can use that solution if we see problems with PvP queues.

What rules is the Global Operations Matchmaker using?
The same as the standard PvP.

When a player dies and respawns, what happens to consumables?
They refill along with the ammunition.

How random are the Objectives?
Primary objectives advance in fixed progression at the same places every time in phases. It is therefore possible to learn the sequence. The Wildcards are more random – they have pre-defined spots, but they won’t appear on the same spot every time.

Are there any plans to switch vehicles mid-battle?
It’s something we will evaluate. We still need to solve the issues with that regarding the gameplay balance (ammo costs, etc.); we do, however, have a lot of long-term plans for the mode. 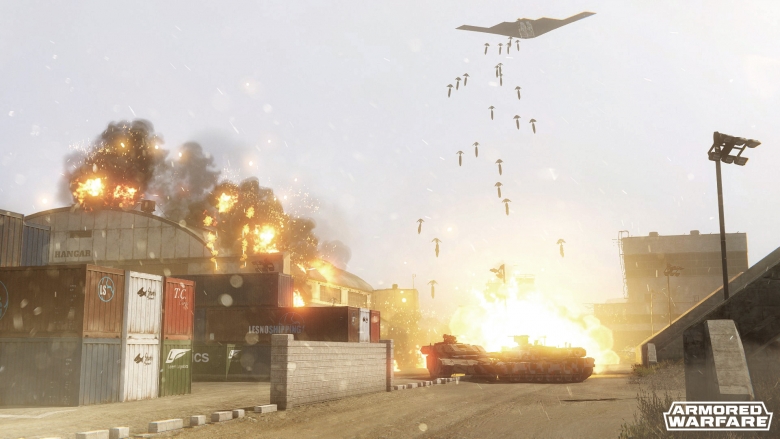 If you die with a Wildcard in your possession, do you keep it after respawning?
No. There is also a time limit to its use: the reason is not to encourage players to hoard many Wildcards during the entire battle and then use them all at the same time.

Will the Sandstorm effect stack with the Camouflage factor?
Stealthy vehicles become even stealthier.

Does the bomber Wildcard do friendly damage?
Yes.

What kind of additional weather effects will we see in the future?
Possibly a blizzard, we also considered adding fog. We do have a few ideas.

If I am spotted by an AI opponent, can the enemy team see me too?
No, bots do not spot for either team. They are essentially a third side.

Are there any more Wildcards being developed?
We have a few, but we are currently experimenting with them and are not ready to disclose the info just yet. We are, however, aware of player suggestions.

Are you considering adding Global Operations features (like bunkers) to PvE?
Yes. The Wildcard mechanic is an example of something that might be introduced to PvE.

Can a bomber get shot down?
No, the bomber can’t—the drone, on the other hand, can.

Are the UAVs affected by weather?
Yes, they have the same spotting restrictions during the Sandstorm phase.

How prevalent will the AI opponents be and how tough will they be?
We are still tuning that feature. Right now, there are around 6 or 7 per side per phase. They can cause some damage, but are not currently stalling the battle progress.

Are the AI opponents continuously spawning?
Right now, Desert Crossing has three phases and they spawn with each phase (three times in total).

When is the Global Operations mode coming?
Our goal is to test in Update 0.18 PTS and we’ll see where we go from there.

How will Global Operations player stats work?
There will be a separate tab, they will be tracked separately.

Will there be special rewards specific to Global Operations?
Certainly some achievements in the future, but not in the initial version.

Are you still optimizing the game for Global Operations?
Optimization is an ongoing process. We are definitely paying attention to it. So far, the testing has shown that the mode is comparable performance-wise to some of the PvP maps that we already optimized.

What about the platoons in Global Operations?
The mode will use the same rules as standard PvP (3-man platoons being the biggest).

Will Global Operations be included in PvP tournaments?
That remains to be seen—however, the mode is not really intended for small teams. We are considering adding different settings (like limited number of respawns) for competitive gameplay purposes.

Will you get rewards for damage done by your Wildcards?
Yes. The damage doesn’t go to your stats, but it is factored in for the purpose of Credit and Reputation rewards. 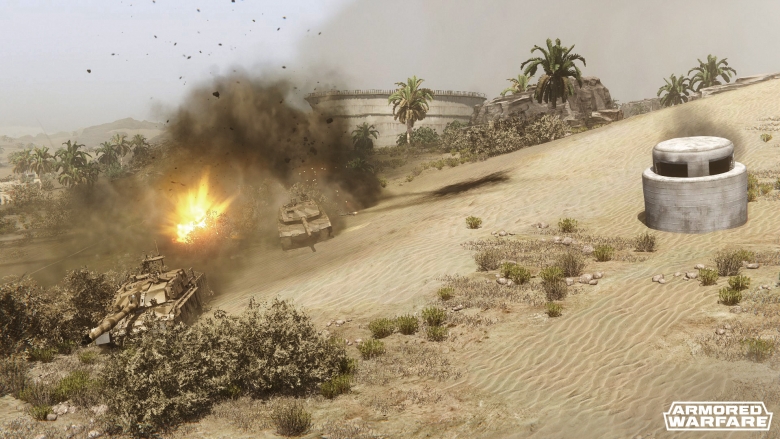 Can AI opponents capture objectives?
No, they cannot. We want AI to only be a neutral entity for both sides. Fighting against the other team and their objectives are what we want players to currently focus on.

Will the Global Operations mode be the focus of the game when it goes live?
It will be a huge focus, but not the only focus. It is intended to be a major selling point and not just a "gimmick" limited time only mode.

Do the ATGM bunkers aim at weakspots?
They aim for center of mass.

Why are the AI opponents neutral? Wouldn't it make more sense to assign them to both teams?
They are neutral to provide a neutral opponent that both teams need to contend with. There is an equal number of AI to deal with on both sides of the map.

Since players have the ability to respawn in Global Operations, how will you handle ammo and repair costs?
It's a relatively flat cost depending on Tier. You don't get penalized more for dying more.

Are SPGs allowed in Global Ops?
They are allowed, yes. We still haven't revealed our plans for Arty in Balance 2.0

What happens when players use the bomber wildcard and accidentally teamkills other players in that area? Wouldn’t it make more sense for the bombers not to do team damage at all?
We had this discussion internally while the mode was in development. Given that friendly players get a substantial audio and visual warning before the airstrike happens, we feel there's plenty of time for players to get out of the way. Not doing team damage would lead to situations where a player can drop the airstrike on themselves and completely wipe out the opposition without any penalty to themselves or their teammates. That being said, we are working with My.com to ensure you are not auto-banned for accidentally teamkilling a friendly player. Since you respawn after 30 seconds the impact of griefing is also kept to a minimum.

And last but not least, will Global Operations be fun to play?
Absolutely! It’s been a great joy to play it internally, a lot of feedback has gone to it and right now it’s one of the best things in the game!

That’s all for today, we’ll see you on the battlefield!