This year marks the 30th anniversary of Operation Desert Storm, one of the last great wars of the 20th century, in which a coalition of mostly western powers soundly defeated one of the strongest armies in the Middle East in a record time. The breakneck speed of western armor advances in combination with an effective air campaign left the world stunned with Russia and China realizing that their equipment and tactics were severely outdated. In China, Operation Desert Storm was the initial impulse for a major arms modernization push, which included the development of the current generation of Chinese MBTs. 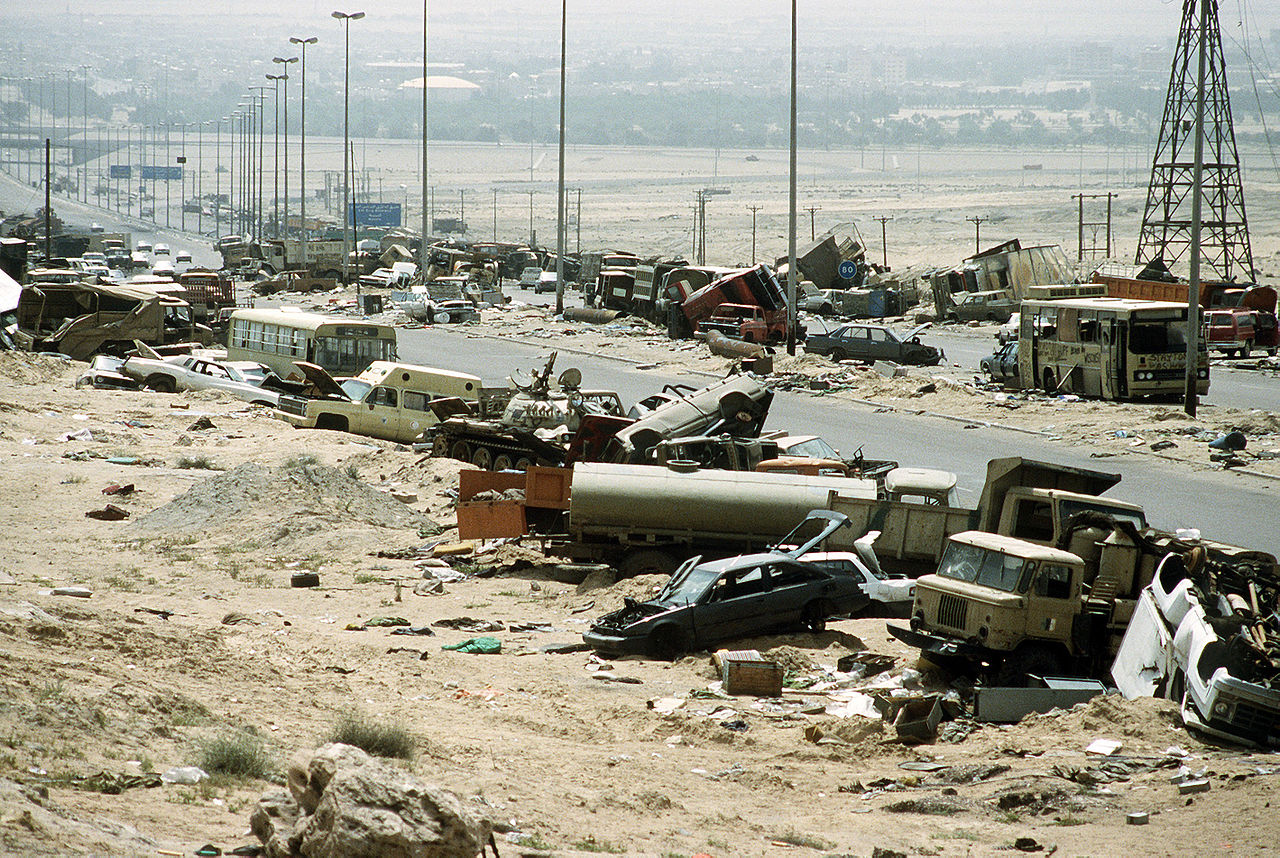 Highway of Death, one of the most recognizable events of Operation Desert Storm, April 1991

This year, we’ll be running a series of events and contests dedicated to this anniversary and you have a lot to look forward to! But, before we get into the details, let us first talk a bit about what led to the conflict in the first place.

Kuwait and Iraq – the history of conflict between these two countries runs deeper than most realize. Kuwait’s fortunes waxed and waned throughout the centuries. The relevant portion of the story, however, started in 1899 when it came under British influence and became a protectorate, but it wasn’t until the discovery of massive oil deposits that the country became rich, starting a major population and immigration boom. By 1953, less than 200 thousand people lived there. By 1990, Kuwait had a population of over two million people. In 1961, Kuwait gained its independence as a part of the collapse of the former British Empire. The transition was peaceful and one of the milestones of Kuwait’s prosperity.

Al Jahra, a Kuwaiti brigade-strength unit participating in the Yom Kippur War on the Arab side, 1973

In contrast, the situation in Iraq, Kuwait’s neighbor, was all but calm. Iraq had been a kingdom for decades, but the regime was weak and corrupt. It was overthrown in 1958 by a military junta, which led to many years of unrest. As it often happens, the junta needed to at least appear strong and one of the results was that immediately upon Kuwait’s declaration of independence, Iraq laid claims to it as a part of its historical territory. The situation started heating up and only a timely British intervention (along with an influx of fresh troops) defused it. 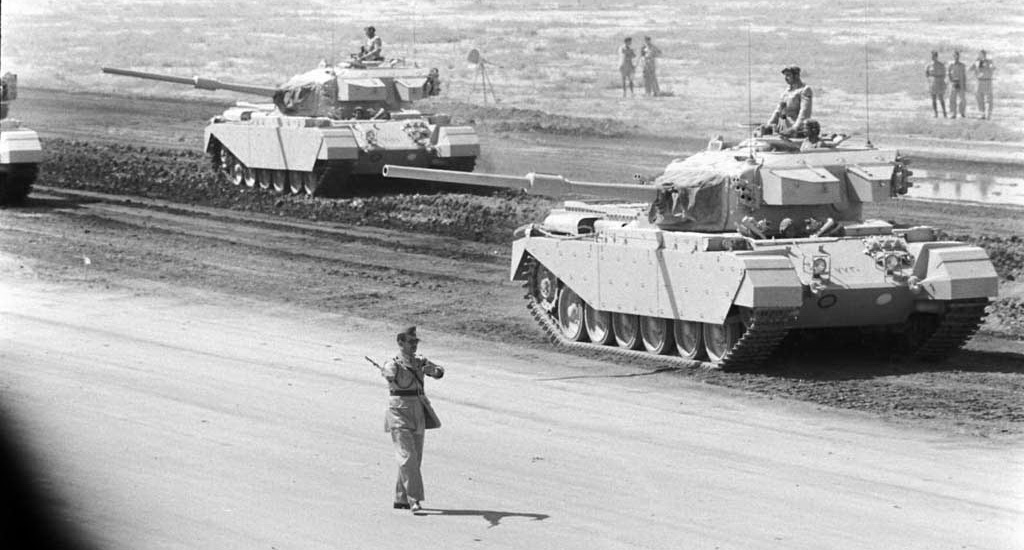 Of course, the Iraqi had no love for the British. Worries about Iraqi-German collaboration during the Second World War led to the 1941 British military occupation of Iraq. The British then influenced Iraqi politics well until the 1958 coup. After that, the orientation shifted towards the Soviet Union since the Soviets were cleverly playing the card of anti-colonialism. Of course, it was all politics – the Soviets held their Arab allies in low regard, but their position made them ideal to cause some trouble for the British. And so did the Soviets and their satellite countries offer hundreds of armored vehicles, millions of small arms and dozens of airplanes to Iraq, Syria and other countries in the region. 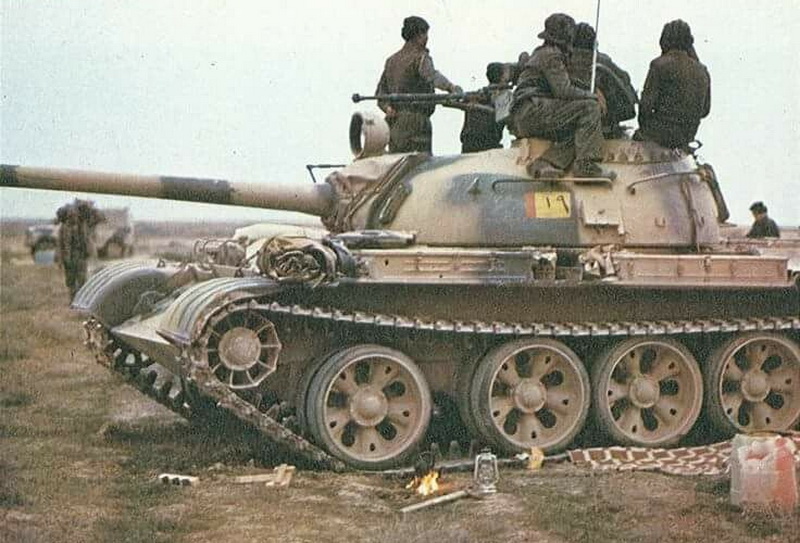 Despite the typical failures of military regimes combined with the byzantine nature of middle-eastern bureaucracies seasoned with socialist ineffectiveness, Iraq actually did fairly well the next two decades. It profited heavily from the Yom Kippur War and the subsequent oil crisis and, unlike the Syrians, its army did not suffer any major losses during the vicious fighting. The oil profits allowed Iraq to build substantial foreign currency reserves, becoming rich indeed.

But the Middle East is rarely stable with one element playing a major role in the chaos – religion. The 1979 revolution in Iran installed a hostile, religious regime right across the border and it didn’t take long before the cold war between the two countries became a hot one. The resulting Iran-Iraq war absolutely devastated both sides. Due to its distance from Europe and poor information access, the war doesn’t typically occupy a lot of space in our history books, but it had been without any doubts one of the most brutal clashes of the 20th century. Both sides unleashed a whole array of horrors upon each other, including gas attacks, torture and ethnic cleansing.

In this war, both sides were often supplied by the same parties and both sides wanted to buy whatever weapons they could get their hands on. As a result, by the time the conflict ended in 1988, Iraq found itself not only with destroyed industry and infrastructure, but also deep in debt that could not be paid by Iraqi old export – the 1980s oil price drop would have devastated its economy even without the war. Simply put, economically, Iraq was at the end of the rope. 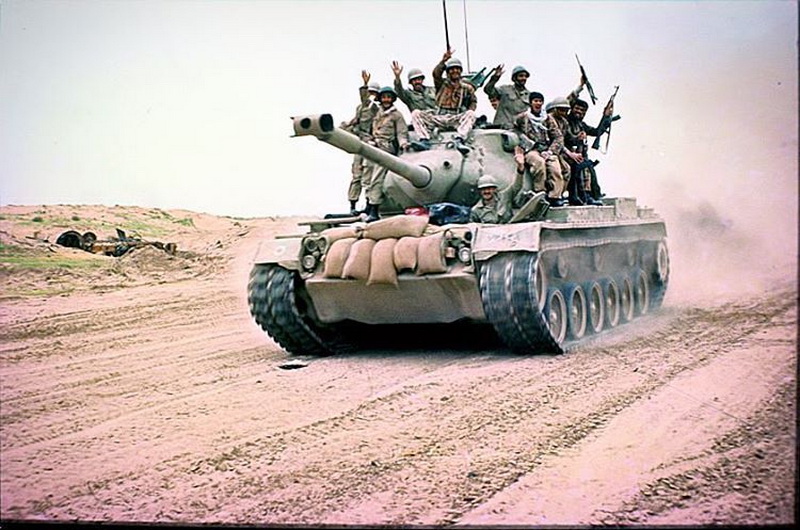 But it wasn’t only the oil that caused Iraq trouble – Iraq was short on allies as well due to the traditionally tense relations in the region. During the war, it enjoyed the support of several middle-eastern countries such as Saudi Arabia, Kuwait and the United Arab Emirates because they were more afraid of hostile Iran than they were of Iraq. As soon as the war ended, these countries abandoned Iraq, content that both potential rivals were sufficiently weakened. In fact, especially Saudi Arabia made the situation deliberately worse by steadily pushing the oil prices down in an effort to ingratiate itself into the West.

At that point, Saddam Hussein (Iraq’s de-facto ruler since 1979) was running out of options. The West wouldn’t help because its public was influenced by the reports of the atrocities both sides had committed during the war. The Soviets were effectively on the ropes. There was some trade going with the USA, Britain and France, but the entire yearly volume of the trade with the USA was roughly 3 billion USD per year. The entire yearly oil export of Iraq amounted to roughly 10 billion USD per year. In comparison, the accrued wartime debt of Iraq in 1988 was approximately 100 billion USD with another 100 billion USD required to repair the war damages.

Kuwaiti M-84 MBT, a Yugoslavian variant of the T-72M

In 1990, Saddam Hussein requested the debt to be frozen – one of the biggest creditors was Kuwait with 14 billion USD owed, but other Arab countries lent Iraq money as well and they weren’t about to let it off the hook. The request was not only declined, but Iraq received an insulting counter-offer instead, one that would damage Saddam’s position in the eyes of his own people. They knew he’d never accept – and they were right, he didn’t.

Instead, Saddam accused Kuwait of stealing Iraqi oil and of war profiteering, effectively declaring the debt void. He went even further, accusing Kuwait of sabotaging the Iraqi war effort. These were strong words even for typically aggressive Arab rhetoric and, to hammer his point home, Saddam sent forty thousand of his elite Republican Guard troopers to the borders with Kuwait on July 19, 1990.

Egyptian president Hosni Mubarak attempted to defuse it by leading several rounds of negotiations between the two parties and he seemed to have succeeded at first, but, in reality, the course towards one of the last great wars was already set. Based on the previous accusations, Iraq made a claim that Kuwait owed them 10 billion USD in reparations. Kuwait, at that point terrified of being occupied, agreed on 9 billion USD in order to save its face. This was a strategic mistake – by agreeing, Kuwait effectively validated all the claims made by Iraq, even if the entire demand was not met. This haggling in turn allowed Saddam to interpret this as an insult. The die was cast and, one hour after midnight on August 2, 1990, a hundred thousand troops and more than two thousand tanks moved into Kuwait. There was some fighting and the Iraqi did take some losses, but Kuwait, mostly due to its small size, fell within 12 hours, allowing Iraq to plunder its riches at will. 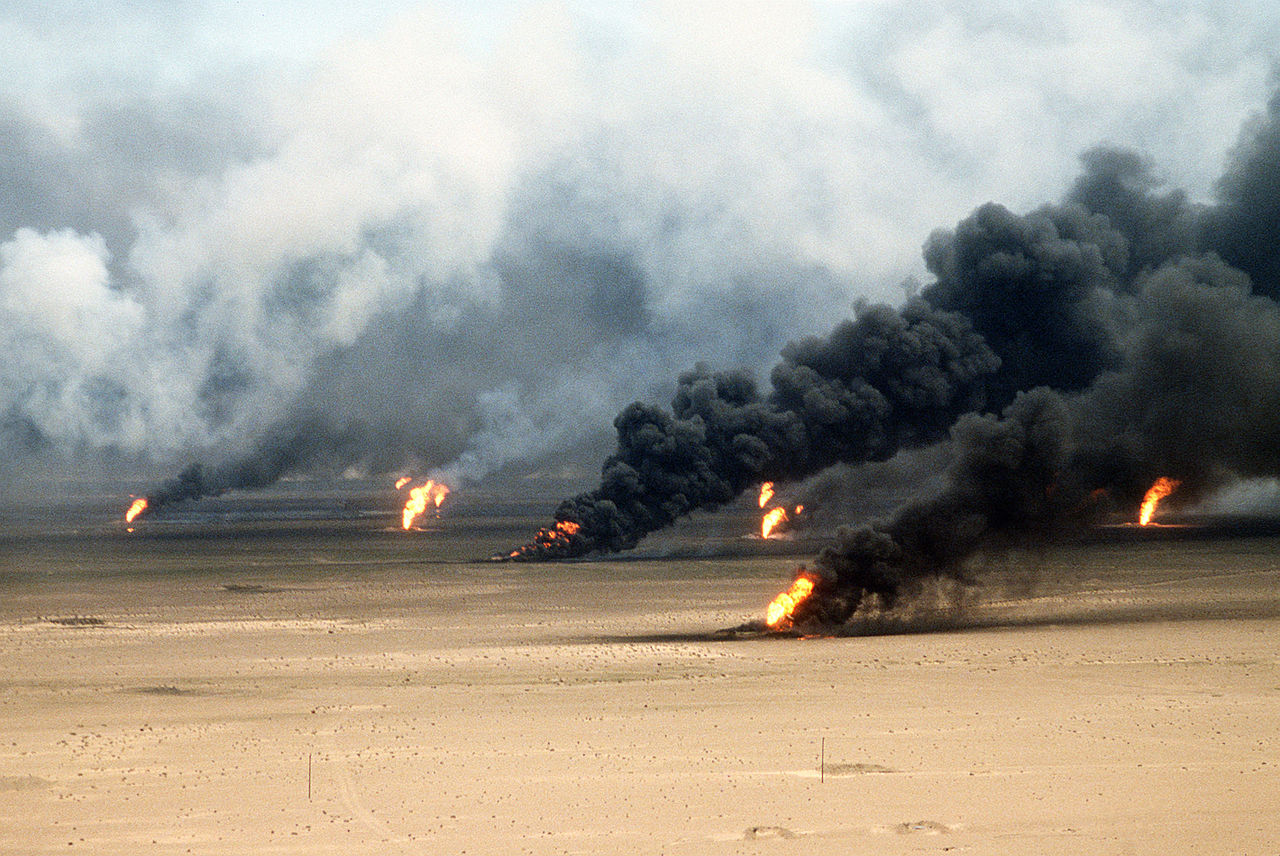 And here’s where we’ll stop for the day. In the next part of the series, we’ll discuss the Iraqi army of 1990, we’ll touch on the defensive battles in Kuwait and we will even tell you more about the upcoming Armored Warfare events. Stay tuned and, as always:

The Future of Tanks – Infantry Killers?

Learn more about the future of armored warfare, based on lessons learned from recent conflicts involving tanks