In the previous installment of the Vehicles in Focus series, we had a look at the BMP-3 armored fighting vehicle. Designed in the 1980s, the BMP-3 was a solid IFV and a successful export product with hundreds sold all around the world. It did have some drawbacks, however.

While firepower and mobility were more than satisfactory, the vehicle was not - and still isn’t in its basic variant - very well protected. The front of the armor can withstand 30mm hits at 200 meters or more, but the sides and the rear are not sloped and are rather vulnerable.

This data was confirmed by the deployment of the BMP-3 during the First Chechen War, when an unknown number of BMP-3s were lost to enemy fire. Some sources claim that as many as 11 were destroyed during the January 1995 Grozny hospital complex assault, most by ammunition detonation (caused by RPG hits, IEDs and mines). Photographs seem to confirm this theory. The total number of BMP-3s lost is probably around 20-30.

The vehicle was especially vulnerable to rocket-propelled grenades and other HEAT-based weapons as well as missiles in the urban area. It is worth noting that the survival rate was still much better than that of the older BMP-1 and BMP-2 vehicles, thanks to the fuel tank placement – it was not as easy to set on fire and the ammunition detonation had to be caused by direct hits, not by fuel fires. 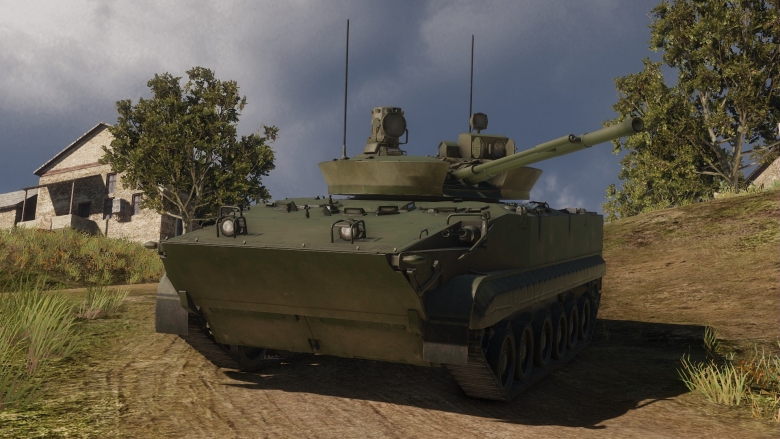 Over the years, there were numerous attempts to improve this situation as well as upgrade other systems and the BMP-3M is one of them.

Developed in the 1990s, the BMP-3M was a modernization program for the then decade old BMP-3 by Kurganmash (the producer of the original vehicle). It was introduced to the public in 1999 during the IDEX 99 Expo. The M in its name stands for modernized, although some sources incorrectly describe this vehicle as BMP-3U or (in the case of old western ones) even BMP-4.

For starters, mobility was improved with the installation of a more powerful, 660hp UTD-32T turbodiesel engine, instead of the older 500hp UTD-29. Another major upgrade was the fire control system, allowing the vehicle to fire accurately at longer distances and at faster moving targets, which is rather important for the main 2A70 rifled gun with relatively low muzzle velocity (250 m/s or 355 m/s, depending on the shell). The 1K13-2 sights were combined with a thermal imager and a laser rangefinder into one bloc as part of the Buklet sights system. The commander also received new, fully stabilized sights. And last but not least, firepower was enhanced by the addition of the 9M117M1 Arkan missile, penetrating between 700mm and 750mm of armor. 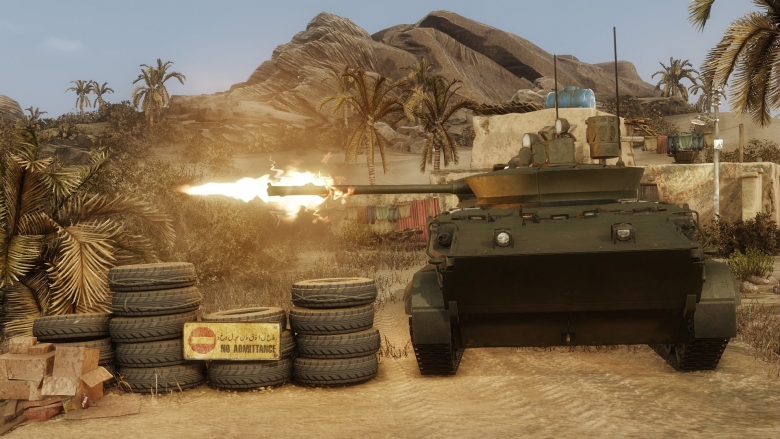 Survivability was further enhanced by additional armor plates and the Arena-E Active Protection System. The add-on armor was installed to the sides of the vehicle, protecting them against 12.7mm AP rounds (multiple sources claim different things, from point-blank range to a distance of 150 meters) as well as improving the protection against HEAT projectiles to a certain degree. Additional plates were also installed around the turret, although that specific change is not exclusive to the BMP-3M. Please note that contrary to some sources, the BMP-3M is not equipped with the Bakhcha-U turret used on the BMD-4. Such a conversion is possible and it was even experimentally built, but was never considered to be part of the program.

The Arena APS (mounted in the ring around the turret) was developed in the 1990s as one of the reactions to the massive Russian armor losses during the Chechen War. It is a hard-kill system, meaning it releases physical projectiles against the incoming threat (a rocket-propelled grenade or a guided missile). The system reacts to the threat when it is at 50 meters from the vehicle and its reaction time is between 0.03s and 0.05s. Once fired, the Arena ammunition detonates roughly 1.5 meters from the threat, neutralizing it in the process. It's an effective tool that significantly increases the protection level of the BMP-3M, but it is quite expensive – the Arena upgrade kit can cost up to one third of the entire vehicle. 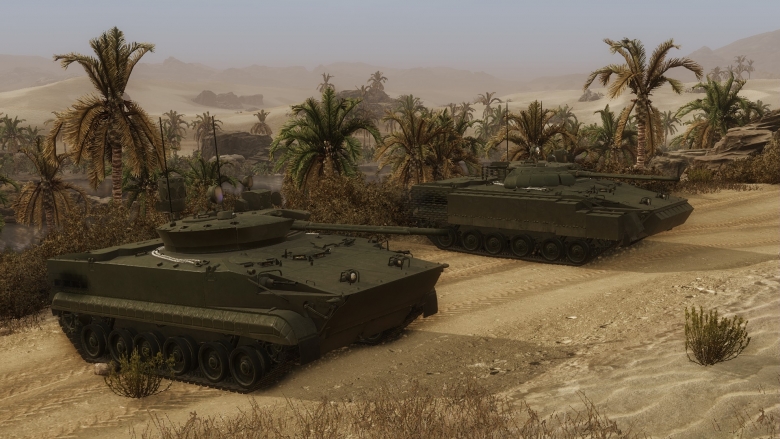 These changes increase vehicle weight to some 22 tons, but the mobility is more than compensated by the engine power increase.

It is unclear how many BMP-3 vehicles were converted to the BMP-3M standard and what components were used. A number of BMP-3Ms, however, were newly built and purchased by Venezuela as a part of a contract for 123 BMP-3 vehicles. Azerbaijan is currently using 90 BMP-3M vehicles as well and it is possible that more will be purchased by third party customers in the near future. 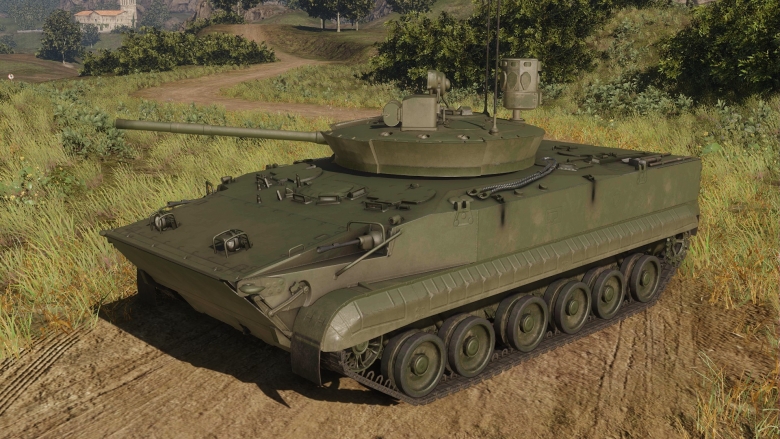 As for Russian service, despite these upgrades, the BMP-3 series is considered somewhat obsolete and is scheduled to be replaced by the Kurganets. It's worth noting that the BMP-3M is not identical to the BMP-3M Dragun or BMP-3 Derivation. Those are essentially three separate BMP-3 configurations with the Derivation being the RCWS 57 on a BMP-3 hull, while the Dragun is a heavily modified BMP-3M with the engine in the front.

The Tier 7 BMP-3M AFV plays much like its Tier 6 predecessor, but there are some significant differences. Firepower was increased thanks to the addition of the new 9M117M1 missile, but in contrast to its predecessor, the vehicle is missing the Kaktus ERA kit. Mobility remains the same save for a tiny decrease in acceleration.

The lack of an ERA kit makes the BMP-3M quite vulnerable and caution is advised when engaging any enemy targets. The Arena APS cannot always be relied upon, as it can only be activated once per 30 seconds and only works against guided missiles. 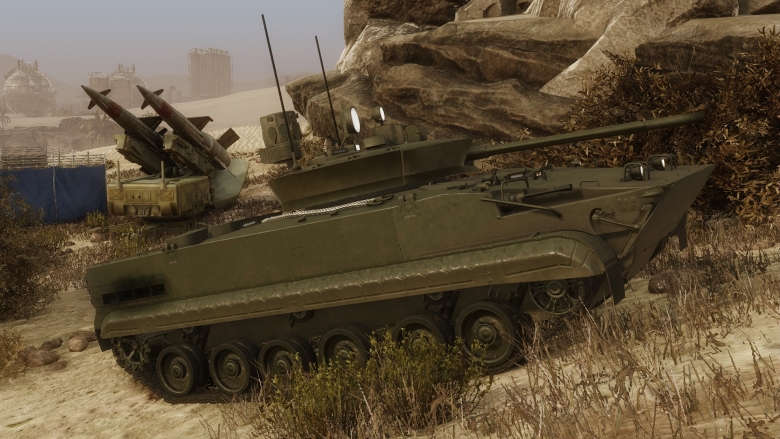 The viewrange is identical to the Tier 6 BMP-3 until the TKN-AI module is unlocked, improving it by an additional 40 meters. This means the vehicle doesn't have to engage targets at short distances, unless players specifically choose to. Some amount of protection is also offered by the smoke grenades in situations where discretion is the better part of valor.

In the right hands, the BMP-3M is a versatile, powerful vehicle that can make short work of enemy wheeled scouts or damaged targets. It should, however, avoid engaging anything heavier head on.

Introducing the Tier 2 T-54 Main Battle Tank, which is now available in the Open Beta phase of Armored Warfare testing

Vehicles in Focus: B1 Draco