The BMD-1 (Boyevaya Mashina Desanta - airborne combat vehicle) is one of the most interesting vehicles that can be found on modern battlefield, even after almost five decades from its introduction to service. Combining high mobility and solid firepower, it can be, in a way, likened to the Wiesel 1. It is more a tankette and a weapons carrier than a true IFV, but it can – and does – fulfill both roles. 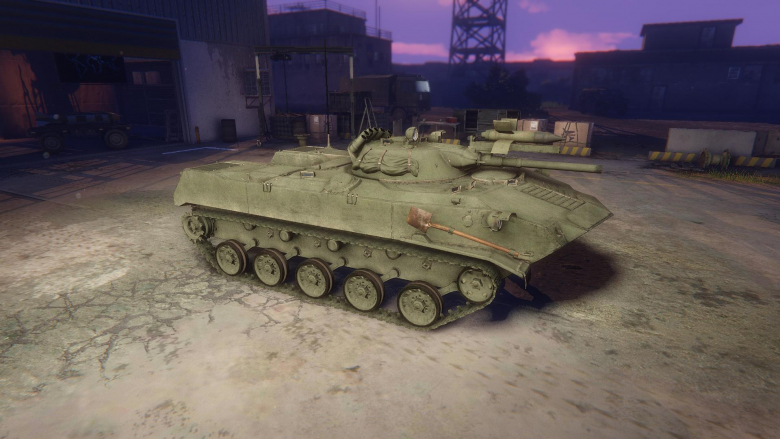 To understand the BMD development process and the thinking behind it, we have to go back to the desperate days of the Second World War. Like other major nations, the Soviet Union had its own airborne troops, but they were – at least in their “intended” configuration – lightly equipped and spent most of the war fighting as regular infantry, not as airborne.

Unlike the U.S. Airborne or the German Fallschirmjäger troops, the Soviet airborne troops (VDV – Vozdushno-Desantnye Voyska) didn’t participate in any major drops. They did, however, pay close attention to the lessons learned by the failed German airdrops and the brutal airborne fighting in Normandy and came to several conclusions.

The first conclusion was that an increase of airborne firepower was critical. The WW2 era troops often landed with light arms only and a vehicle, equipped with a relatively powerful gun, that would be able to drop with them would be a really good thing to have on a battlefield where the presence of enemy fortifications or armor was reasonably expected. This lesson was paid with the blood of the American and British paratroopers in Normandy and resulted in the post-war development of light airborne gun platforms by both the Americans (M56 Scorpion for example) and the Soviets, represented by the ASU series of light assault guns.

The second conclusion was that the troops, when landing, needed a proper transport. Something a bit more armored than the light trucks the Soviets were using before and during the early days of the war, something like an APC, something that would allow them to run around and cause havoc behind enemy lines, which was, after all, the true purpose of the airborne troops. 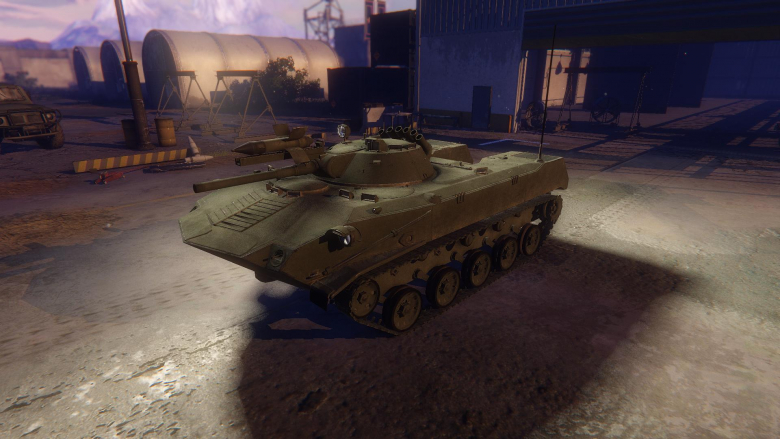 And why have two different vehicles when you can combine their properties into just one?

Initially, the idea was to have the same IFV for both the airborne and the ground troops. Of course, there was the BMP-1 and the airborne forces tested it, but it didn’t really fit their needs. For one, it was too heavy for the standard Soviet military transport plane of the time (Antonov An-12) to carry. It was also too large – the internal space in the Soviet planes was limited and only one such vehicle would be able to fit in one plane, resulting in an insufficient number of them being available for any single operation. And there was also the tiny little problem of no suitable systems allowing the air-drop of the BMP being ready at the time.

In other words, what the airborne needed was something smaller but with equal firepower. Obviously, having a smaller vehicle would mean fewer troops carried in the back, something the ground forces would never accept – and that was the end of the “common IFV” idea.

The development of a dedicated airborne IFV started based on the initiative of Colonel General V.F.Margelov, the commanding officer of VDV, with the full support of the army and the political leadership. The goal was to develop a vehicle that would:

The actual armor designers were naturally skeptical about combining these demands into a single vehicle, but when Margelov (a Hero of the Soviet Union and a political heavyweight by himself) received the support of Marshal of the Soviet Union A.A.Grechko, it was not something they could ignore or argue against.

In the early 1960s, Margelov talked to a number of heads of various design bureaus, airborne troopers and armor designers, attempting to convince them of his visions. His efforts culminated in April 1964, when several bureaus were tasked with creating proposals for such a vehicle. The abovementioned demands were distilled into the requirement for the vehicle to be, performance-wise, on par with the Object 765 (BMP-1 prototype), but it had to only weight 10 tons in order to fit comfortably into the An-12 cargo plane.

There were two approaches to the design, each preferred by a different design bureau. One, preferred by Mytishchi Machine-building Factory (MMZ design bureau under N.A.Astrov, who co-designed the SU-76) and VNII-100 military research institute (under V.S.Starovoytov), was to create an essentially disposable non-mass-produced machine that would use existing components from the AT-P tractor, the SU-76 SPG and the BRDM-2 armored car. The vehicle would be cheap and its performance would be limited by the abovementioned existing components. This argument was based on the fact that as the vehicle was only intended for VDV, the priority of its production would be low due to its specialized nature. 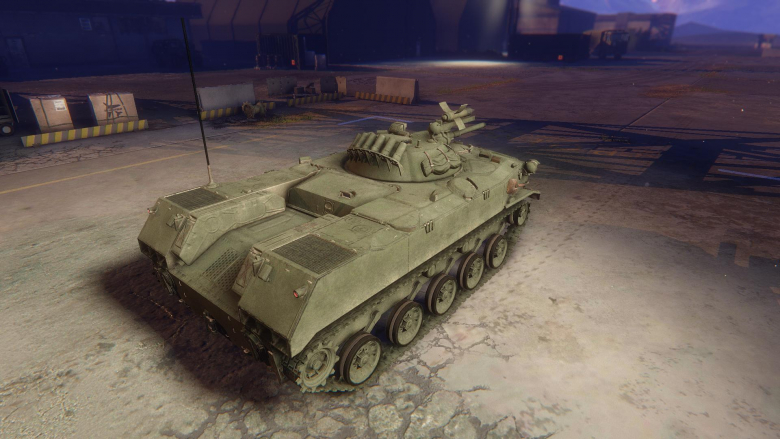 The second approach, preferred by the Volgograd Tractor Plant (VgTZ) design bureau under I.V.Gavalov, was based on the design’s expected mass-production, arguing that the ability of the new BMD to be quickly dropped on moment’s notice behind enemy lines was a quality important enough to warrant priority. Gavalov also argued that the requested performance should not come second to existing components.

What followed was a series of proposals by all three abovementioned design bureaus. What they had in common was the armament – a turret taken from the BMP-1, armed with a 73mm smoothbore gun. The proposals submitted by MMZ and VNII-100 did not, however, meet some of the most important demands of VDV – specifically the option for the vehicle to be dropped into combat on a parachute and to be loaded onto the An-12 plane on its own power without any further modifications required (to the vehicle or to the plane).

The Volgograd design did meet those requirements thanks to its hydraulic suspension and internal layout. There were two designs in fact, both designated Object 915. The difference between them was the crew compartment layout. Both were powered by a 250hp UTD-20 diesel engine (specifically the UTD-20A variant), the only engine small enough to fit the requirements of the engine compartment layout and powerful enough to provide solid mobility.

Step by step, these paper designs turned into prototypes. The development of Volgograd’s Object 915 ran between 1964 and 1967. The first mock-up was ready in 1965 and the pre-production prototype in 1965.

The vehicle weighed 7.2 tons and was powered by a 240hp 5D20 diesel (a modified version of the proposed UTD-20 engine), giving it the power-to-weight ratio of 33.3 hp/t and the maximum speed of 61 km/h. The vehicle retained its amphibious ability (maximum swimming speed was 10 km/h) and it also had hydraulic suspension that could lift or lower the clearance, depending on current needs. The BMD-1 was air-droppable and air-transportable of course – the hydraulic suspension served partially to lower the vehicle to fit into the Antonov plane (the vehicle’s clearance ranged from 10 to 45cm).

The vehicle had a crew of two – the driver was in the hull and the gunner/commander in a 1-man turret, armed with the 73mm “Grom” low-pressure gun (firing HE and HEAT shells), a 7.62mm coaxial machinegun and a 9K11 launcher system for 9M14 or 9M14M “Malyutka” missiles. In real life, the vehicle only carried three of these missiles. The gun could elevate to +30 degrees but only depress to -4 degrees. 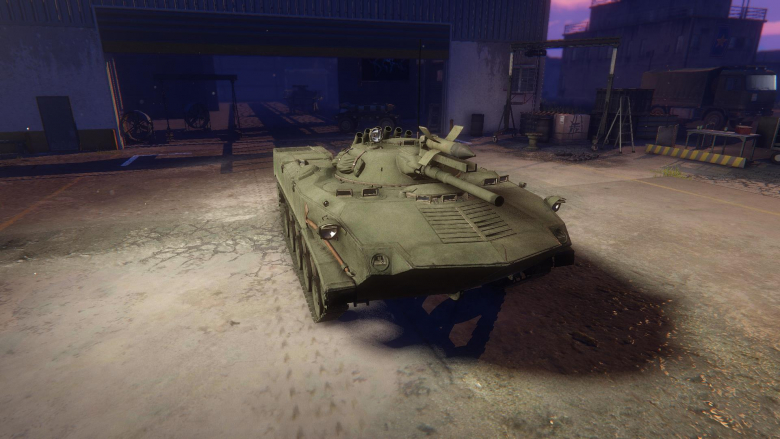 The biggest drawback of the vehicle was its thin armor that was essentially intended to stop small arms only. The thicknesses were as such:

What was even worse – to keep the weight as low as possible, the armor wasn’t made of steel, it was aluminum.

Starting from 1967, the Object 915 underwent military trials that led to several changes in the design. The vehicle turned out to have very good off-road capabilities and the suspension positively influenced firing accuracy on the move. The results were in fact so positive that the mass production started as early as in 1968 – a year before the vehicle was actually officially accepted in service under the designation of BMD-1 (that happened on April 14 1969).

Since its official introduction, the BMD-1 appeared in numerous conflicts all around the world, most notably in the Soviet-Afghan War, the conflicts in Chechnya and various smaller conflicts between post-Soviet republics. A few (most likely 10, but sources vary) vehicles were exported to Iraq in the early 1980s – they all were destroyed during the first Gulf war. Most recently, a few of them appeared in combat in Ukraine, taking heavy losses. Around 3800 were produced in total.

The BMD-1 was also the basis for a number of other vehicles, including the modernized BMD-1P and the BTR-D APC. In Russia as well as several other countries, a certain number remains in service, but it can be generally said that when it comes to the conventional use as a standard IFV, the BMD-1 is by now completely obsolete, perhaps even more so than its army counterpart, the BMP-1. Its thin armor and small size don’t really allow for any significant armor upgrades, making it extremely vulnerable to practically any modern IFVs armed with anything heavier than a machinegun, leading to high losses whenever it is deployed. 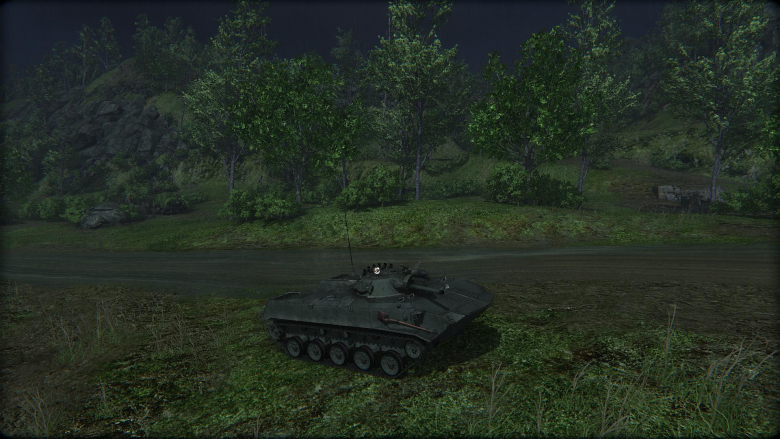 Therein lies the problem of the BMD-1 – unlike the arguably effective BMP-1, the BMD-1 was, thankfully, never really deployed the way it was intended to (as a part of the elite Soviet parachutes against NATO). Several such lightning strikes successfully took place during the Soviet-Afghan war, but such operations were rare and when deployed as a standard IFV, the BMD-1s took heavy losses.

In Armored Warfare, the BMD-1 is a Tier 3 IFV and a lighter counterpart to the BMP-1. It has nearly identical armament but higher viewrange and better camouflage, making it more suitable for actual scouting. The hitpoints are, however, lower (reflecting its smaller size) and the armor is, just like in real life, very thing and won’t protect you against anything save from shells hitting the upper front plate at extreme angles. Last but not least, despite the lower weight, its mobility is not a major improvement over the BMP-1 – both vehicles are roughly on par with BMD-1 feeling a bit more sluggish.

Staying hidden and moving at the right time is the key to successful BMD-1 gameplay.

Introducing the tier 4 FV438 Swingfire armored fighting vehicle, which is available during the Armored Warfare early access phase of testing