The BMD-1P airborne AFV is a BMD-1 variant, built from 1979 to 1987 with around 1000 vehicles produced. It was nearly identical to the original BMD-1 with one big exception – the guided missile weapon system. On the BMD-1P the original Malyutka system was replaced by the 9K111 system, capable of engaging targets moving at 60 km/h or less. The system is capable of launching 9M111M Fagot and 9M113 Kokurs missiles. 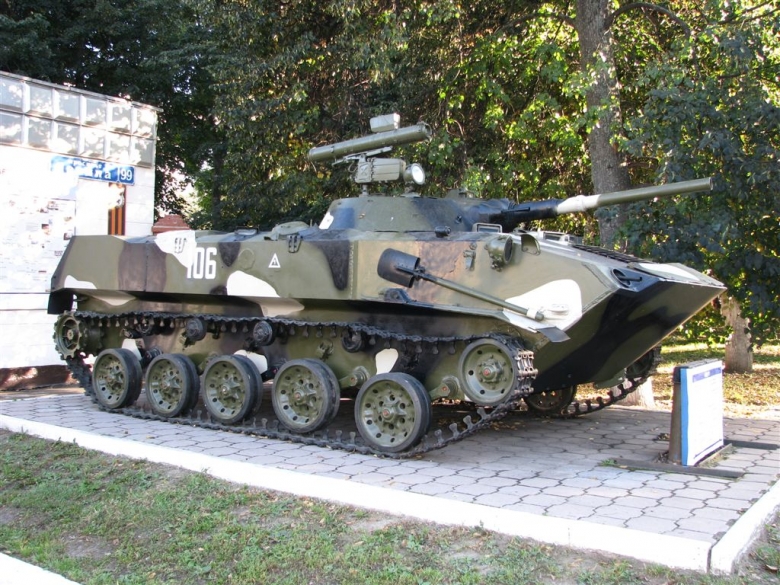 The Konkurs missile was also designed by CKB-14 under Shipunov and was accepted into service in 1974. Compared to the older Fagot, the maximum range was increased to 4km and the 135mm 9M113 missile could now penetrate 600mm of armor. It took the missile 19.2 seconds to reach its maximum range. A modified variant, designated 9M113M Konkurs-M, appeared in 1986. The penetration was once again increased, this time to 800mm. The missile's maximum velocity was around 250 m/s. 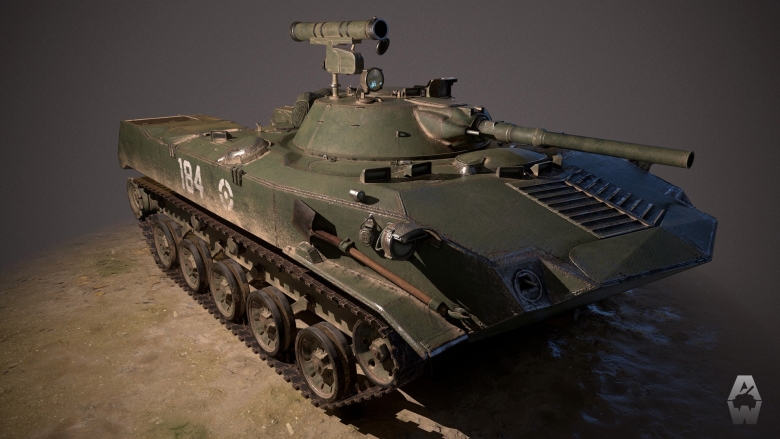 The launching system (9P135 series) consisted of a 9P56M launcher with detachable tripod and 9S451M missile guidance optics system. When not in action, the system was located inside the vehicle under the gunner's seat. In combat, the launcher was mounted on the top of the turret on a special mount, located to the right of the gun axis. The launcher could traverse 15 degrees to the left and 37 degrees to the right – this only served for finer aiming as the general direction of the launcher was decided by turret traverse. The maximum launcher elevation was +10 degrees and maximum depression was -5 degrees. If necessary, the launcher could be dismounted and put on the tripod, which the vehicle also carried.

Other changes to the vehicle were minor. These included:

A small number of BMD-1P vehicles was equipped with the 82mm 902V Tucha smoke grenade launcher system; the rest could generate smoke using the exhaust system. From 1980 onwards, 12ST-70M batteries were switched for an improved model with higher capacity, the 12ST-85R. The return rollers were also changed to a different type (whole-steel disks) and the engine received a new, electric nozzle heating system, enabling a better start in cold weather. 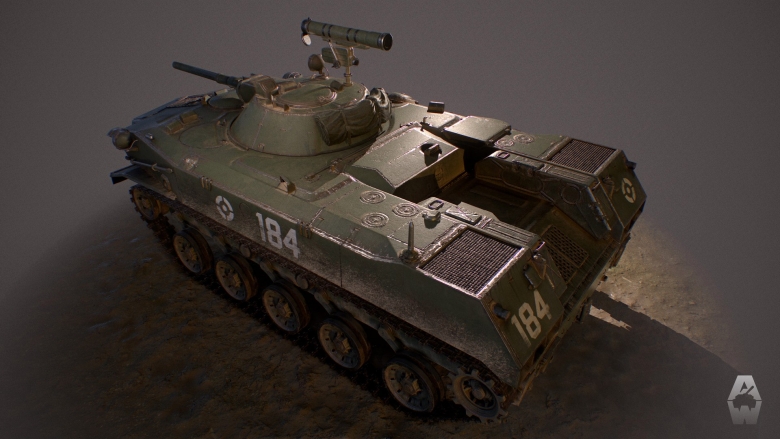 There was also a command version of the vehicle, designated BMD-1PK. The main difference was that the ammunition carried was reduced to 3 missiles and 1250 rounds of machinegun ammunition. The spare space was filled by another R-123M radio station. The command vehicle also had a GPK-59 gyroscopic compass.

All in all, compared to the original BMD-1, the BMD-1P was approximately 400kg heavier – it weighed 7.6 tons – and was powered by the same V6 240hp 5D20-240 engine. As a result of the weight increase, the power-to-weight ratio dropped from 33.3 to 31.6 hp/t. Maximum speed (60 km/h), armament and size remained the same, as did the off-road properties. The military-grade aluminum armor was also identical to that of the BMD-1:

The only difference between BMD-1 and BMD-1P armor was the installation of a ribbed deflector plate on the top of the front hull, which prevented bullets from ricocheting into the driver periscope.

In theory, the armor frontally protected the crew from 12.7mm armor-piercing bullets, but in reality it could mostly only withstand small arms fire and small shell fragments. High vulnerability to anything heavier than an assault rifle was always a problem for the BMD series, causing them to suffer relatively high losses in any conflict they participated in, including the war in Afghanistan. 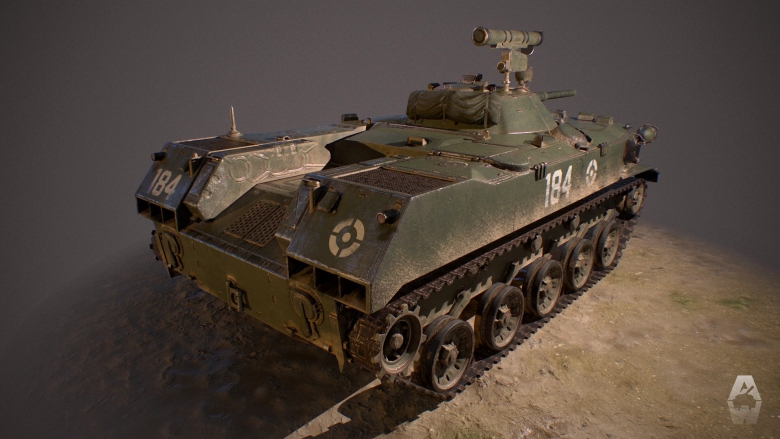 Low protection was the price for the vehicle's true purpose - to be a light, air-deployable, mobile APC with some anti-armor firepower for the elite Soviet (and later Russian) airborne units. The BMD-1 served and continues to serve in Russia as well as several post-Soviet republics, Ukraine, Belarus and a few others. Russia has approximately 100 modernized BMD-1 vehicles still in service, but these are virtually completely obsolete by now. Another approximately two thousand remain in Russian reserves.

Apart from Afghanistan, some BMD-1s were seen during the 2003 conflict in Iraq and in the recent fighting in Ukraine, although their effectiveness, much like that of the BMP-1, is now considered to be very low.