The Tier 9 B1 Draco, built on a chassis of a B1 Centauro and one of the most unique Tank Destroyers in the game. 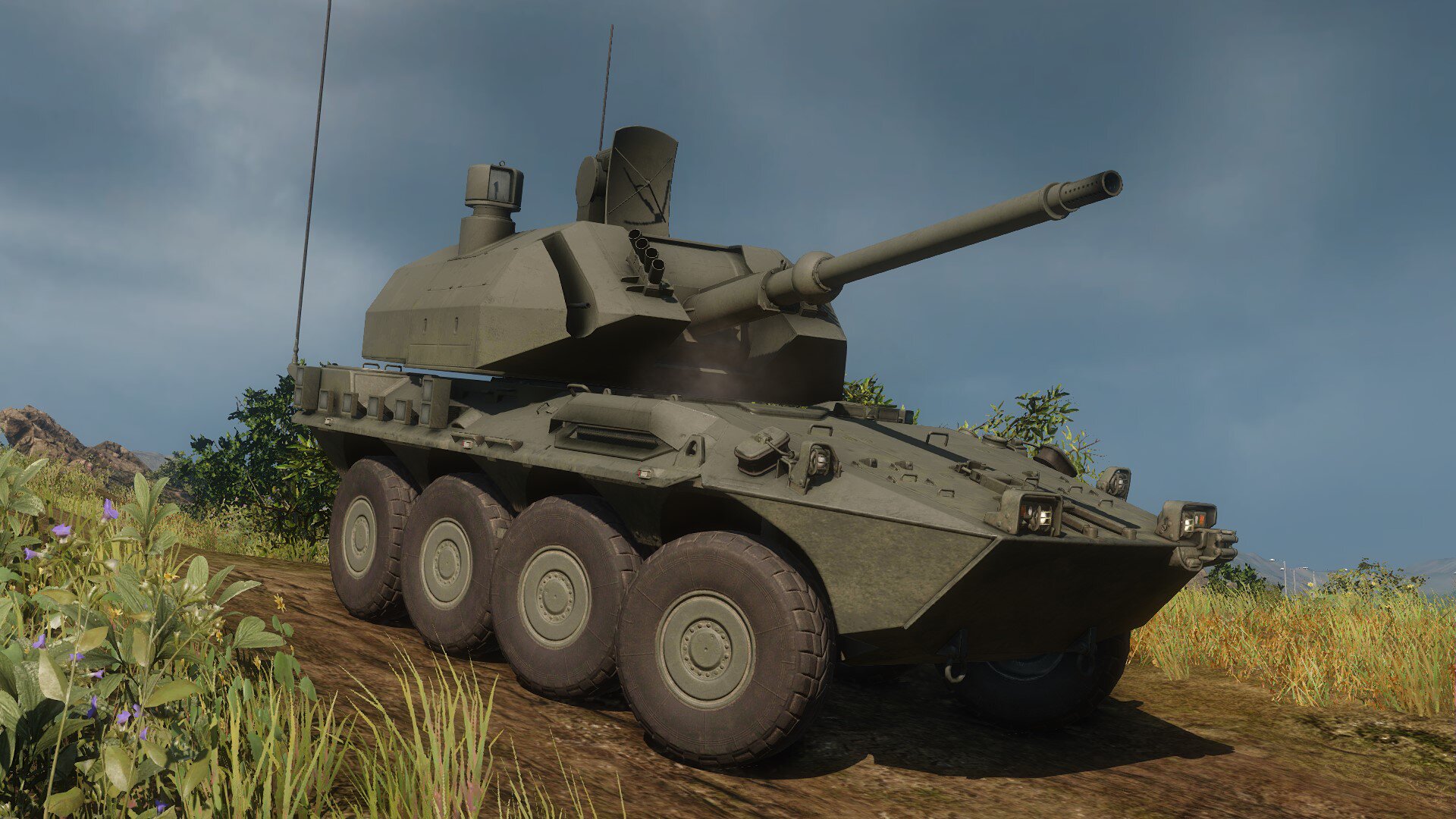 It is an anti-aircraft vehicle armed with a 76mm L/62 rapid fire cannon installed in a new, enlarged DRACO turret that can be mounted on various platforms including tracked vehicles, fixed installations or – in this case – wheeled chassis such as the B1. The turret is unmanned and remotely controlled.

The vehicle appeared for the first time in 2010 and was offered for export as a potent anti-aircraft as general fire support and even artillery and mortar shell interception solution but the attempts to sell this type of vehicle type have not yet met with success.

More often than not the OTO Melara 76mm L/62 gun can also be found on various ships (usually frigates, corvettes and missile boats) with multiple countries (including India, Israel and Taiwan) using this Italian weapon system.

The fully stabilized 76mm gun is automatically loaded by a drum-type automatic loading mechanism with 12 rounds that can itself be quickly reloaded by 12 shell drums stored in the back of the vehicle. The loading mechanism is capable of 80-100 rounds per minute bursts. The gun is guided by an advanced radar and gunnery system, capable of precise aiming even at very long distances and of controlling the 76mm DART guided ammunition radio-controlled ammunition, which can adjust its trajectory in order to maximize accuracy. The gun can elevate to +75 degrees and depress to -10 degrees.

The vehicle weighs around 30 tons and is powered by a 520hp Iveco MTCA diesel, allowing it to go as fast as 100 km/h. It’s also rather large – in order to keep it acceptably light, the protection levels are generally quite low – it can only withstand 7.62mm bullets (STANAG 4569 Level 2). On the other hand, given its nature and the maximum range of its gun (20km or so), the Draco should not find itself in front-line combat anyway.

In Armored Warfare, the B1 Draco is a Tier 9 Tank Destroyer. What makes it special is the fact that where other high-Tier Tank Destroyers rely on powerful guns or guided missiles that deliver a lot of damage followed by a longer reload time, the Draco goes the opposite way. Its 76mm gun has a relatively low damage per shot value but it can fire 12 shots in rapid succession, followed by a rather fast magazine reload. 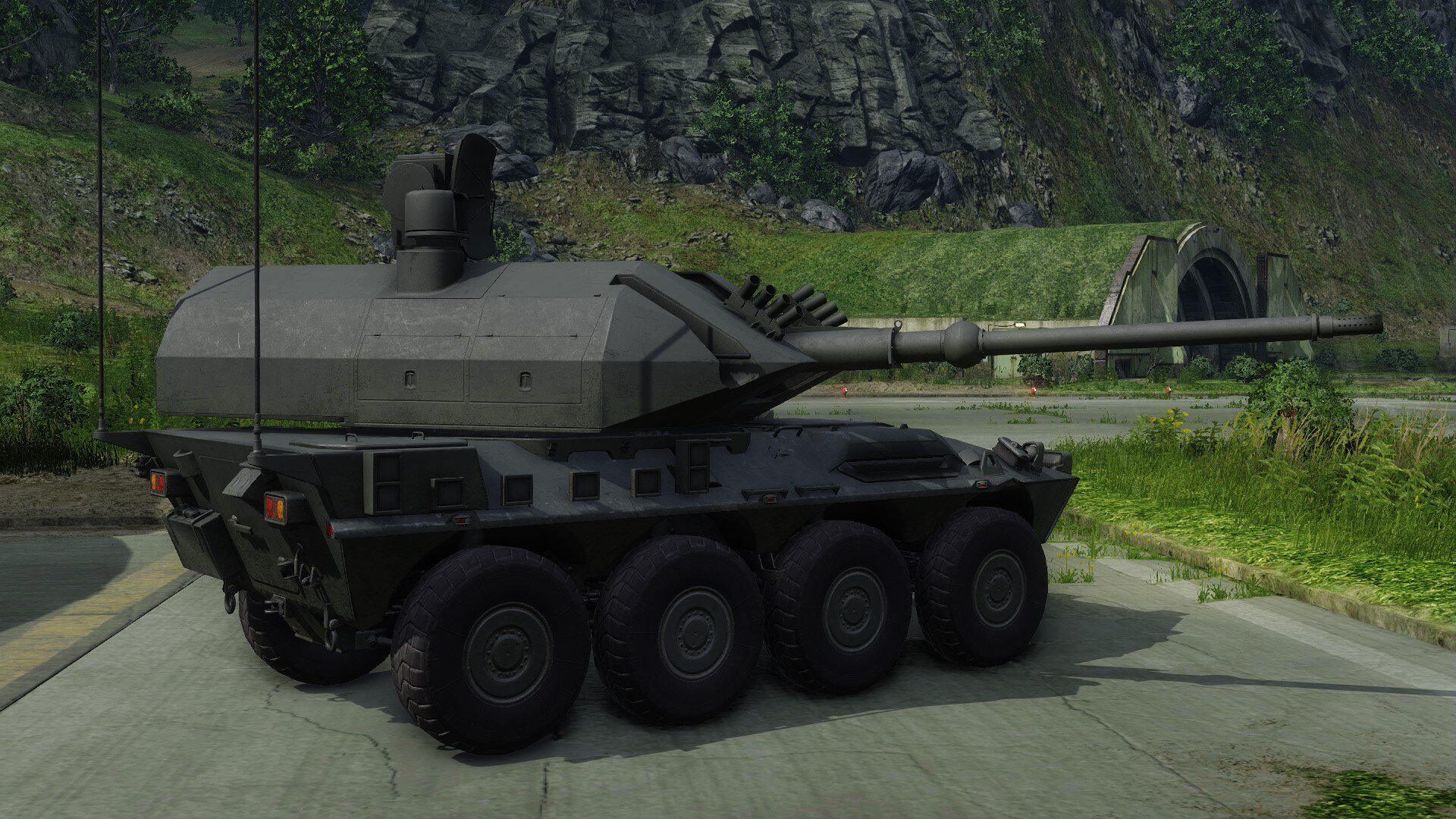 This trait makes the vehicle an excellent PvE support TD thanks to its high damage per minute value, but it also makes it quite vulnerable in PvP – unlike the vehicles that rely on single shot damage, it has to stay stationary for a prolonged period of time to fully use its damage dealing potential. It is therefore extremely important to fire at long distances so that you can utilize your solid camouflage factor and fire your entire magazine without getting spotted. In order to increase its survivability, the Draco also has a Scudo hard-kill APS and a more powerful engine than it has in real life.

In PvP, it is best used as a second line vehicle, staying hidden until the battlefield clears out a bit and moving to flank the remaining opponents. It shines on large battlefields but is unsuitable for small maps and urban areas.