The Tier 7 Centauro 105 is the original version of the upgraded Tier 9 Centauro 120 we’ve discussed previously. 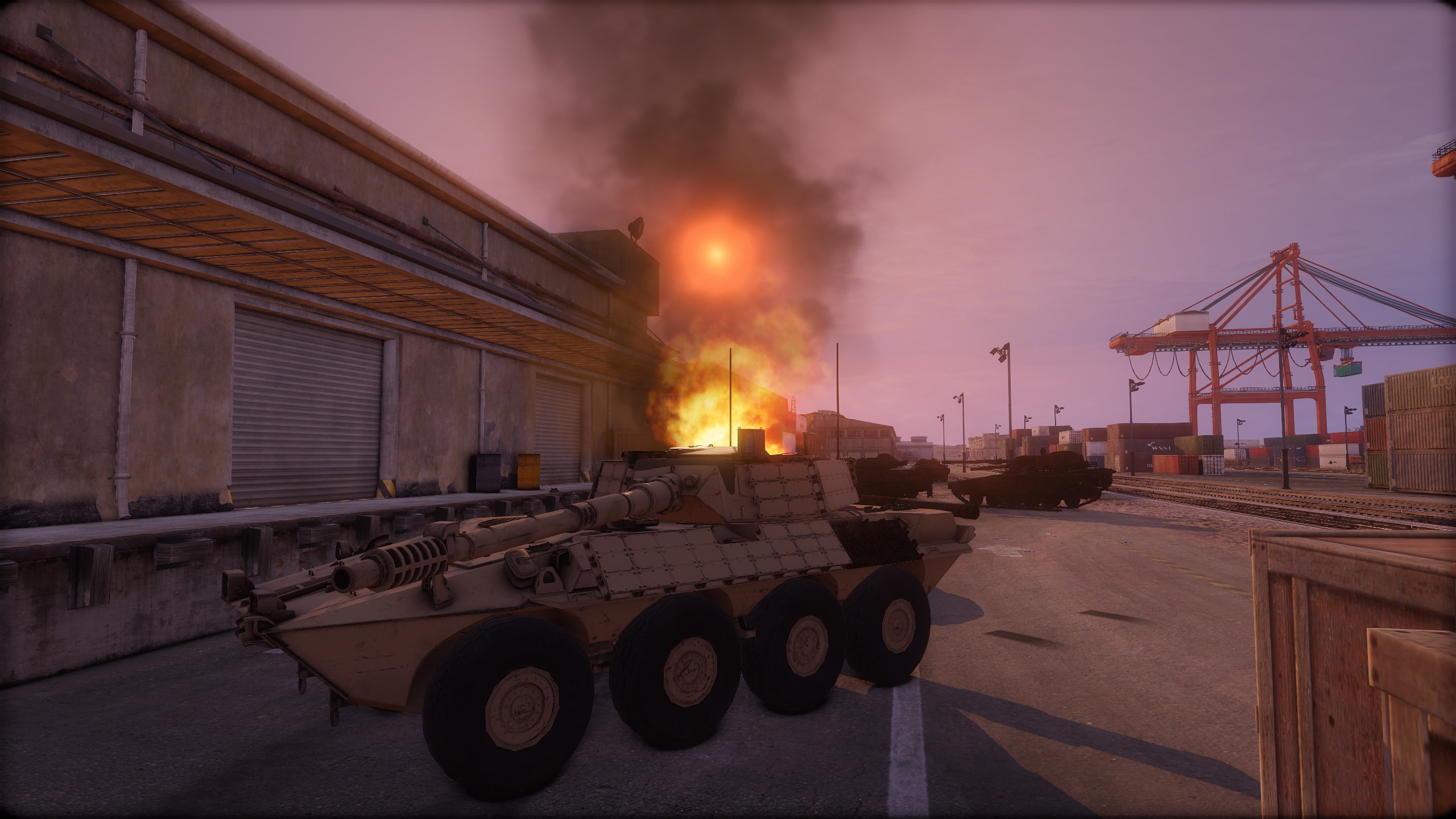 The roots of the project go back to the early 1980s when the Italian army decided that it would be a good idea to replace the rest of its aging American-made M47 tanks with something with the same level of firepower as that of a Leopard 1 MBT but with better strategic mobility.

In this sense, the choice of a wheeled platform might seem like an odd one since it’s widely known that for all their issues (cost, maintenance, complexity), tracked platforms in general have better off-road mobility, but in this case, we’re talking about Italy – an European country with a well-developed infrastructure where wheeled tank destroyers would be able to deploy faster than classic Main Battle Tanks.

That doesn’t mean the tanks themselves didn’t need replacing with other tanks. By the early 1980s, the M47s were, despite some upgrades attempted by Italy, hopelessly obsolete and a whole new set of vehicles was required. In the end, the Italians decided on the following vehicles:

Together, these vehicles were to serve the Italians in the 1990s, gradually replacing all the older equipment within their classes.

The requirements for the Centauro were formulated in 1984. It was to be a wheeled platform carrying a NATO-compatible 105mm rifled gun with excellent strategic mobility, long range, solid off-road capabilities and an advanced FCS based on the one used for the Ariete MBT.

The first prototype was built in the January of 1987 and eight more were built until the end of 1988. The Italians liked them and, starting at the end of 1989, a pre-production run of ten vehicles was launched.

The actual production ran between 1991 and 1996 – the Italians ordered 450 vehicles originally, but this was later reduced to 400. During the production run, the vehicle was constantly upgraded and there were several different versions with smaller improvements. The last 150 vehicles had, for example, a special feature where some of their ammunition could be replaced by seats for four infantrymen to provide the vehicles with close support. They were also 45cm longer. This variant is referred to by some sources as B1bis or B1T.

The original B1 Centauro has a crew of four men – commander, gunner, loader and driver. The hull and the HITFACT turret both are made of steel and – in their original configuration – protect the crew from 20mm autocannon armor-piercing rounds frontally and against 12.7mm heavy machinegun bullets all-around.

Additionally, in 1993, BAE Systems developed an explosive reactive armor kit called ROMOR-A, and sold 20 pieces or so to the Italians. This proved to be quite effective against RPG-7 rounds. Another armor kit (this time, a passive one) was developed by IVECO Otobreda.

Additional protection is provided by:

The manned turret houses three crew members operating a 105mm L/52 OTO rifled cannon. It’s worth noting that this gun is not a copy of the British L7, but an indigenously developed weapon that can fire all standard 105mm NATO rounds. It can be recognized by its typical muzzle brake. The vehicle carries 40 rounds for it, 14 of which are in the turret (in the abovementioned configuration with four close support infantrymen, the capacity is, however, reduced to mere 16 rounds). The gun is fully stabilized and can depress to -6 degrees and elevate to +15 degrees – the turret is very flat, hence the comparatively poor gun elevation characteristics – there isn’t all that much space for the gun to go. 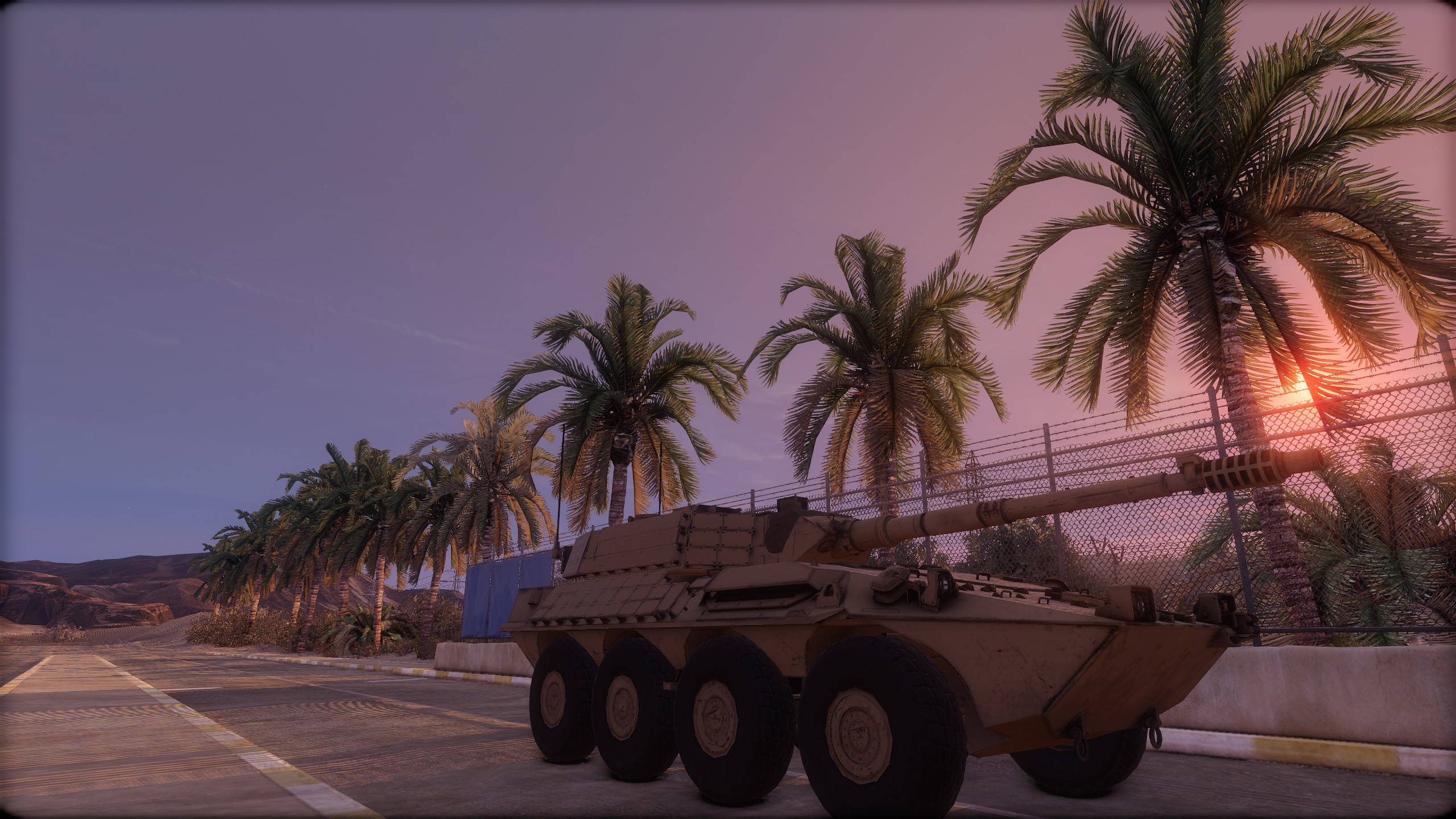 The gun is controlled by the Italian Officine Galileo TURMS FCS, the same type as the one installed in the Ariete MBT. It consists of:

For its time, it was quite an advanced package. Additionally, the Centauro has a system called BITE (Built-In Test Equipment) – a sensor suite checking the status of many components of the vehicle, allowing the crew to know exactly what’s wrong if something goes bad with it.

The vehicle is very light. It weighs only some 25 tons and is powered by an Iveco VTCA V6 turbodiesel producing 520 hp. The engine is paired with a ZF5 HP 1500 automatic transmission, license produced in Italy. This combination makes it very fast – it can go as fast as 105 km/h. It’s also very nimble thanks to the system where the first, the second and the fourth axle of the vehicle are all used to steer, reducing its turning radius to 9 meters. It’s worth noting that installing any additional armor kit increases the vehicle’s weight to 28 tons.

Like other vehicles of its class, the Centauro was meant to kill enemy tanks at distance – the gun was stabilized but it really wasn’t meant to be used at full speed. Instead, the vehicle would fire from short stops.

In 1993, around a dozen Centauros were deployed to Somalia for peacekeeping for Operation Restore Hope. These were fitted with the ROMOR-A ERA kits and carried small black flags with skulls and crossbones on their antennae.

Another version with additional turret-mounted machineguns was used during the peacekeeping missions in Bosnia where its duty consisted mostly of convoy escorts and patrols.

The export history of the Centauro is also rather interesting. In the July of 1999, three years after the end of the Italian production run, Spain ordered 22 Centauros, referred to in Spanish service as the VRCC (Vehículo de Reconocimiento y Combate de Caballería – Reconnaissance and Combat Cavalry Vehicle).

These were delivered between the September of 2000 and the November of 2001. In the February of 2002, 62 more were ordered following a series of successful tests, bringing the total number to 84 with the last delivery taking place in 2006.

The first batch was a standard B1 Centauro run in its latest configuration but the second batch of 62 vehicles were partially built in Spain and contained a number of additional improvements, such as:

These improvements were also added to the first batch of the Spanish Centauros. Finally, four Centauro-based recovery vehicles were ordered in 2007. The Spanish Centauros are all operated by the 8th Light Cavalry Regiment “Lusitania” (RLC 8).

In 2001, sixteen Centauros were also loaned by the Italians to the United States for trial purposes but no contracts came of it.

By the mid-2000s, an upgrade was conceived, consisting of a 120mm gun variant of the HITFACT turret of the Centauro, leading to the variant called Centauro 120. Only eight or so were built and sold for export to Oman – not because it was such a terrible design, but because OTO Melara was already working on a successor to the Centauro called Centauro II.

Other versions of the Centauro developed over the years included:

Of the original 400, Italy currently only has 259 Centauros in use due to a number of military reforms and reductions the Italian military underwent throughout the 2000s. The 141 remaining Centauros were sold off to Jordan where they are currently gradually replacing the old Challenger 1 MBTs (known as Al Hussein). Eighty of these Centauros are expected to serve actively while the rest will be used for spare parts and training.

The remaining Italian Centauros will serve until replaced by the Centauro II, the first production run of which is due to be concluded in 2023.

In Armored Warfare, the Centauro 105 is a Tier 7 wheeled Tank Destroyer. It is highly mobile and accurate, making it one of the deadliest vehicles of its Tier. The Centauro is capable of tearing up enemy formations at large distances but any Centauro players should avoid close combat. The role of these vehicles on the battlefield is long-range sniping. The static accuracy of the class is unparalleled, but it suffers when the vehicle is moving and the Tank Destroyer vehicles cannot be used effectively for firing on the move – at least not as well as other classes. 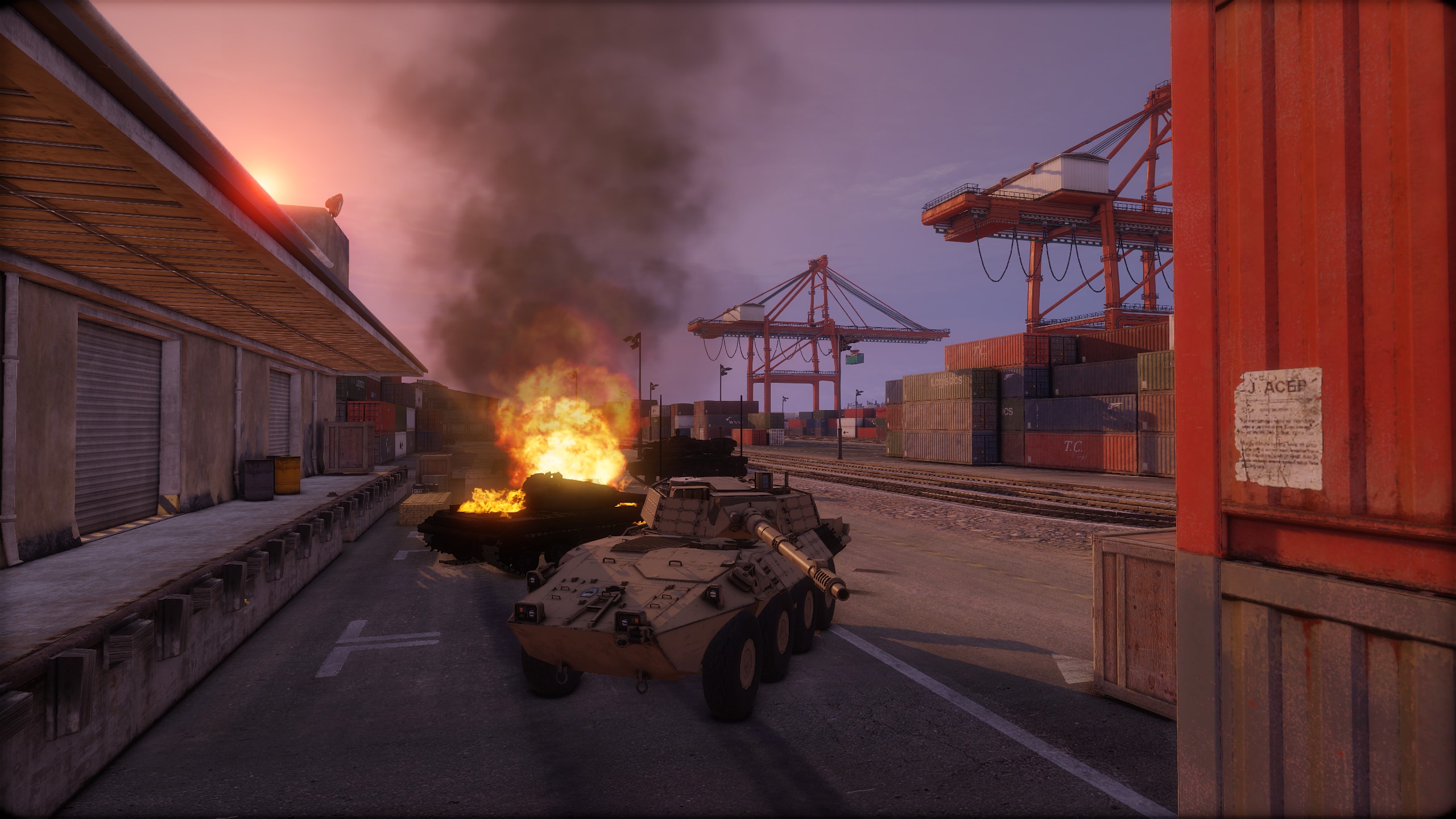 The key is to stay hidden behind some cover, ideally a bush or two, that increase your camouflage factor. Waiting along the expected routes of enemy approach is a good idea and all maps contain a number of spots that allow just that. In ideal case, a skilled Tank Destroyer player not only locates a suitable position for sniping, but also plans his escape route and the way to the next firing position or two. Like the Armored Fighting Vehicles, the Tank Destroyers require knowledge of each map for high-quality gameplay as a Tank Destroyer driver who does not remember where suitable spots are can find himself with few options left. Of all the classes in Armored Warfare, the Tank Destroyers require perhaps the most patience and planning.