The history of armor development is long and complicated and only the truly mass-produced vehicles such as the iconic Abrams or the T-72 are generally known to the public. Such successful designs, however, are just the tip of the design iceberg. For every such successful vehicle, there are dozens of unsuccessful prototypes or mediocre designs that were made in small numbers and then quickly disappeared into oblivion. The LAV-300 was one such design. 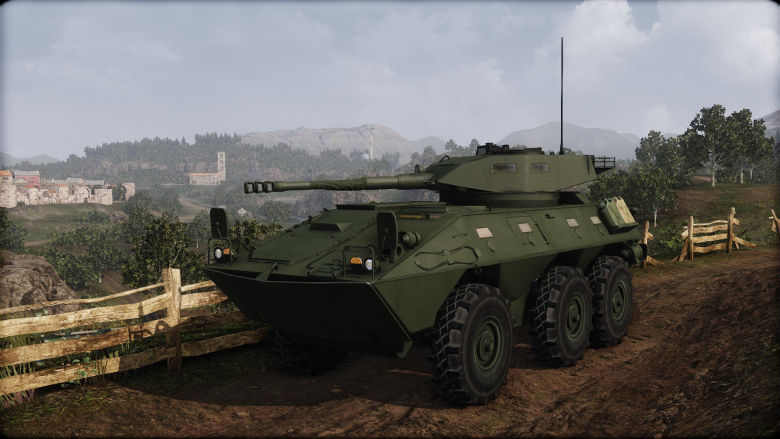 The LAV-300 came to be as a private venture of Cadillac Gage Textron in the late 1970s. Cadillac Gage was already selling another light armored fighting vehicle at the time – the four-wheeled LAV-150. The V-150 platform was a relatively successful export item with around 3000 built, but it was very light and four wheels affected its off-road capabilities. Some situations simply called for a heavier platform and a six wheeled complementary vehicle, intended purely for export, was developed as a result of this line of thought.

The first V-300 platform prototype was built in 1979. Just like with the V-150 platform, the idea was to use it for a large number of purposes, including:

Other modifications were possible as well depending on customer requirements. One of the main advantages of the platform was that it was amphibious on paper – although in reality it was only capable of traversing really calm bodies of water and maximum swimming speed was only around 5 km/h. Another advantage of the platform was air transportability by a standard C-130 Hercules cargo plane or even in a sling under a transport helicopter such as the CH-47 Chinook.

The platform weighed approximately 15 tons (the exact weight depends on configuration, the 90mm FSV configuration weighed 14.96 tons) and was powered by a 275hp 8.3 liter 6CTA multi-fuel turbocharged engine with Allison Transmission MT-643 six-speed automatic gearbox, giving it a maximum on the road speed of 100 km/h and acceleration from 0 to 32 km/h in around 10 seconds. The engine was located in the front on the right side; the driver sat to the left of it. The engine could be replaced by another (such as the Cummins VT-504 V8 diesel) if a potential customer wished.

Maximum range was rated at some 700 km thanks to its internal fuel capacity of 302 liters. The platform had either a crew of 2 or 3 men (depending on configuration) and could carry 9 troopers that entered and exited the vehicle using a two-wing door in the back.

This number could be reduced for specialized variants or the ability to carry troops eliminated altogether in favor of more specialized equipment. Protection was very basic – the hull was made of patented Cadaloy steel and essentially protected the crew and troops inside from small arms (7.62mm ball), artillery shell fragments and light machinegun fire only. 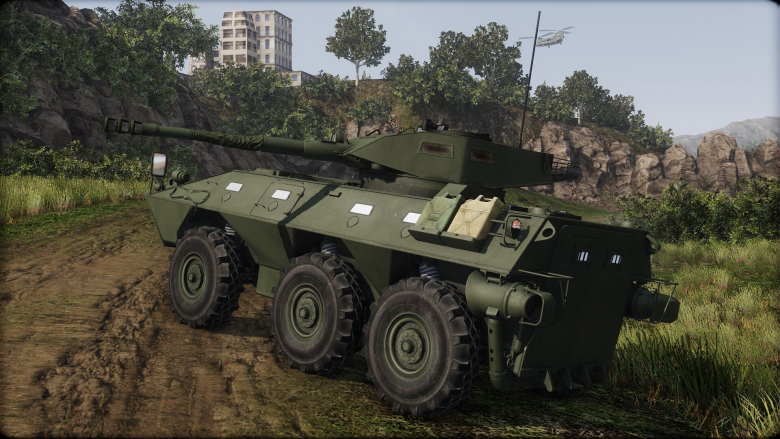 The variant available in Armored Warfare is the light Fire Support Vehicle armed with a 90mm Cockerill Mk.III L/36 gun, the same weapon as the LAV-150 90 uses. The gun was installed in a two-man turret (with commander and gunner inside) and was manually loaded. The vehicle carried 36 rounds. For its caliber it packed quite a punch and was able to deal with older Soviet tank models thanks to its wide range of available shells (including APFSDS, HE and HEP) – something potential customers would probably be most interested in.

Other vehicle components (such as a smoke grenade launcher or driver/gunner night vision devices and optics) are fully optional and can be configured depending on the customer. Standard equipment includes:

All vehicles were fitted with a front-mounted winch with a capacity of 9,000 kg with 46 m of cable and a snatch block.

When the vehicle was introduced to the public, the United States was initially interested in purchasing it officially but the deal was never successfully closed, allegedly due to political reasons. A small number of V-300 vehicles apparently found their way into the National Guard service, but the majority was intended for export. 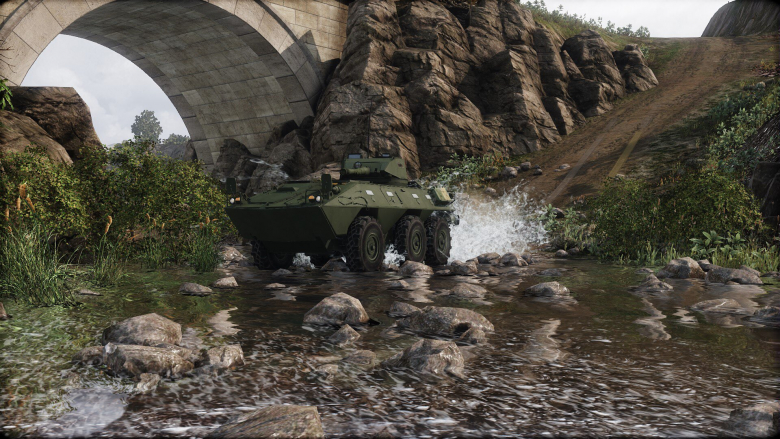 Production details for the LAV-300 are unclear and differ from source to source. It allegedly ran from 1982 until 1991 in New Orleans (Louisiana) with a few vehicles remaining in the United States. The others went for export.

The total number of vehicles produced probably does not exceed 200 and production ended in 1994. Marketing of the LAV-300 ended in around the year 2000.

In Armored Warfare, the LAV-300 90mm Fire Support Vehicle is a Tier 4 Tank Destroyer. It is not as agile as its four-wheeled predecessors but it is still a fast and nimble vehicle.

Vehicles in Focus: Leopard 2A6