One of the things we’re working on for this summer is a brand-new event called Merc on Vacation, which will work the same way as another, earlier event called Lilac and Steel. As you can probably already guess from its name, the topics of this event will be summer and holidays. And what could be a better start than a historical camouflage from one of the most popular European vacation destinations – Croatia. 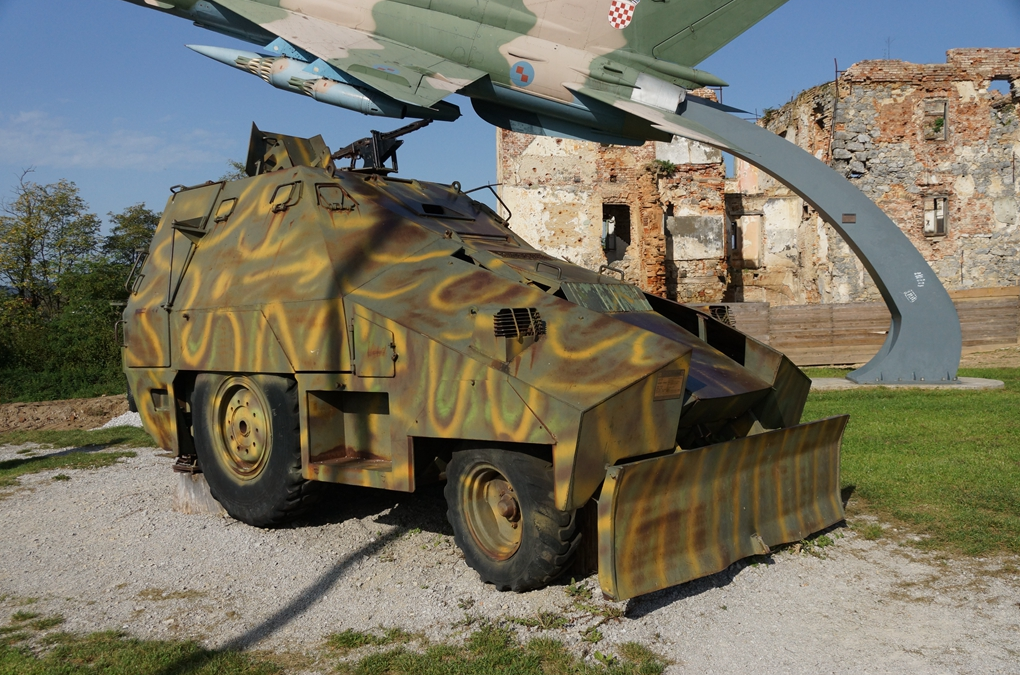 The word “holidays” usually invokes the feeling of relaxation and happiness, but the history behind this particular camouflage is neither. It comes from a dark period of Croatian history – the Croatian War of Independence, in which the clashes between Croats and federal Yugoslavian (and later Serbian) troops left thousands dead or missing with further hundreds of thousands displaced from their homes. The war took place between 1991 and 1995, lasting almost five years and including several major battles. Armor was used extensively during the conflict with former Yugoslavian vehicles (including T-55 and T-72 series tanks) fighting on both sides of the conflict.

But not all armor during the conflict was based on old Soviet tech. Irregular forces allied with both sides of the conflict used a number of improvised armored vehicles. The camouflage we are introducing is based on one such vehicle, a Croatian armored tractor called M-91 Straško (“Terrible”). 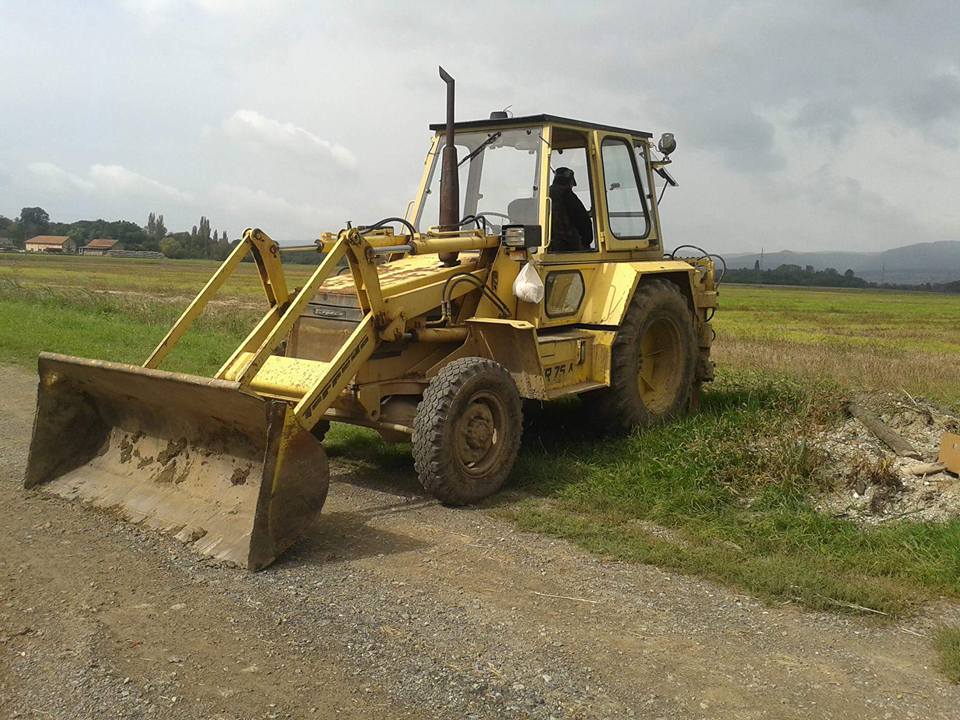 Despite its looks, the M-91 was actually a mass-produced vehicle. As the war began in 1991, the Croats did not have all that many armored vehicles at their disposal. That’s why the Torpedo factory in Rijeka started converting existing Torpedo GTR 75A tractors into sort-of APCs by welding armored plates all over the vehicle chassis. The vehicle even received an official designation “M-91 Straško”. The number was, of course, based on the year of introduction while the name apparently came from a Croatian translation of a name of one character from the He-Man cartoon from the 1980s. The factory also referred to the vehicle as “HIAV”, which stands for “Croatian Engineering Anti-Terrorist Vehicle”.

The vehicle was powered by a 70hp diesel engine (allegedly licensed from Italy) and was covered with angled 12mm to 15mm steel plates, which protected its crew against small arms (up to 7.92mm Mauser caliber, which was still common at that time in former Yugoslavia). The frontal dozer blade served not only as extra armor, but also to remove enemy barricades during street fighting. Interestingly enough, the vehicle retained its weight of 9.2 tons compared to the original tractor, as, apart from the original chassis, many other internal components were removed. Its maximum speed was roughly 40 km/h. 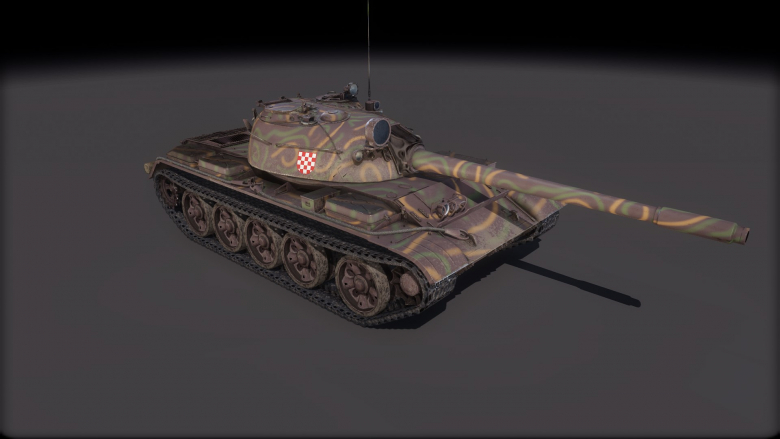 There was no unified armament – an early prototype was armed with a Yugoslavian 20mm cannon but most of the others got whatever was left at hand, including the Zastava M53 machinegun (a Yugoslavian copy of the German MG42), or an old American .50cal Browning.

In total, 15 combat vehicles, one prototype and one police vehicle were built. They were distributed to various units on individual basis and pretty much every one of them was unique, especially when it came to camouflage. They mostly survived the war and at least three of them currently exist in various museums in Croatia.

The camouflage in question is based on one specific vehicle that can be seen in the Museum of Homeland War in Turanj. It’s likely not an original combat camouflage, but we thought that it was incredibly interesting and decided to introduce it to the game.

The camouflage consists of a brown base paint with green and yellow spray-painted stripes. We will be introducing it with another Croatian-themed asset that will go with it nicely, the Croatian crest in the form of a decal. 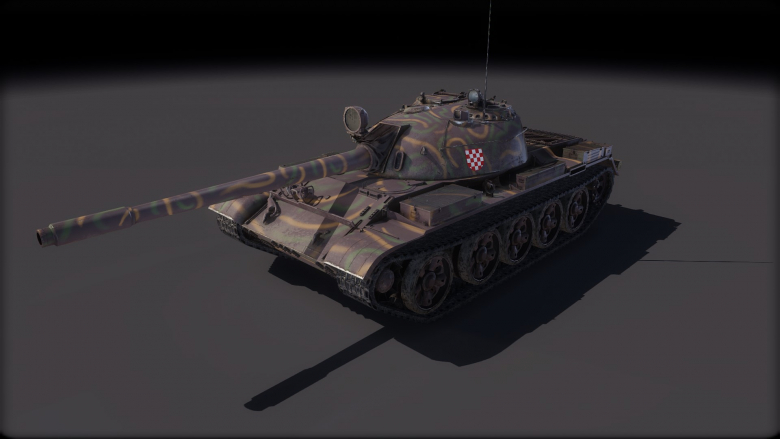 Learn more about the historical camouflage, which will become obtainable during the upcoming Riders on the Storm event