The British Contract, which is coming in November, will not only bring a brand-new Premium vehicle, but also a British camouflage you’ll be able to earn by just playing the game – the Multi-Coloured Camouflage Scheme (or MCDCS). 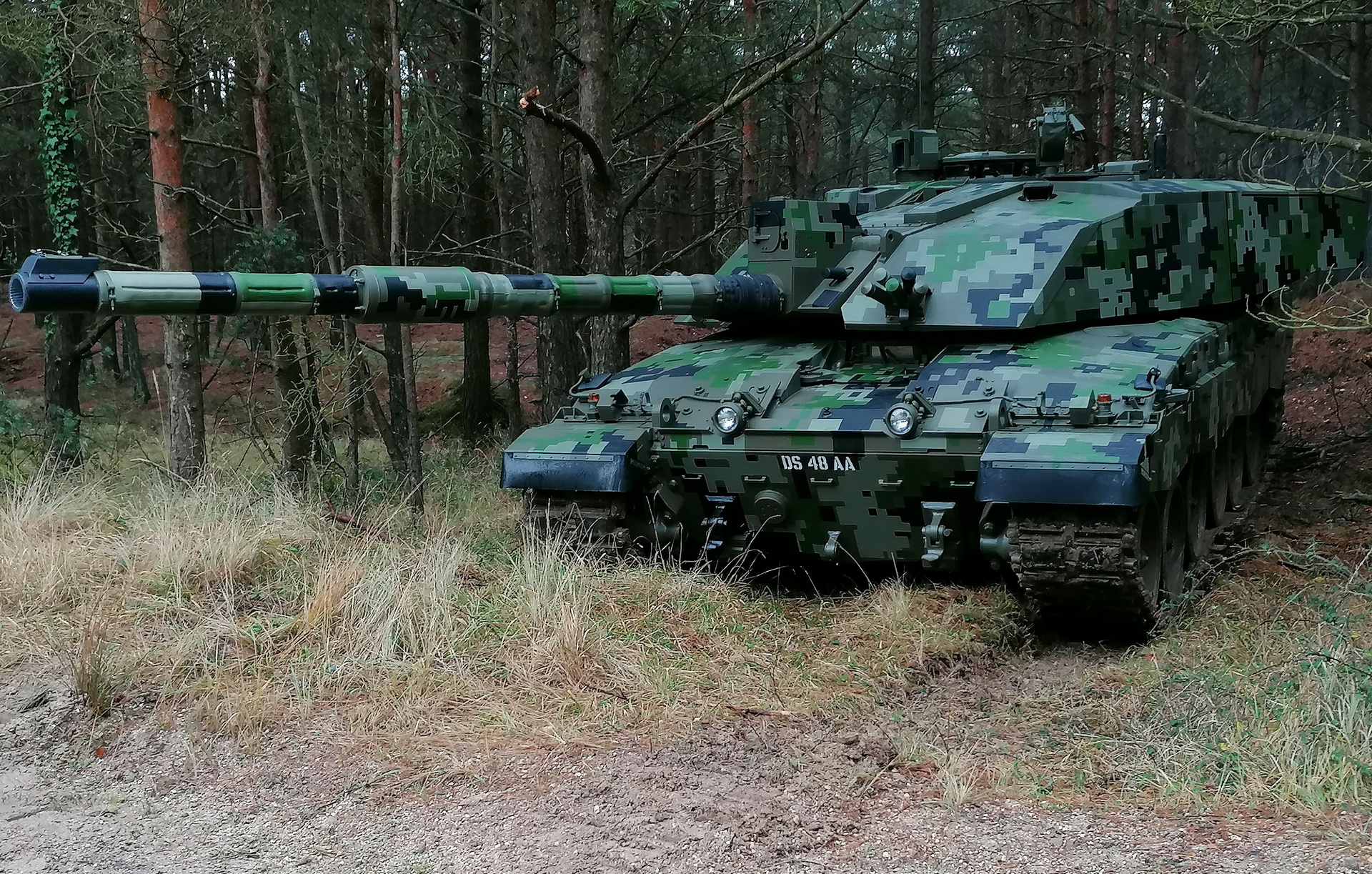 Unlike some previous camouflages and despite the traditional name of this article type, this real-life pattern is not a historical one – it’s actually brand-new. You may already be familiar with another shortcut though – ATDU, which stands for Armoured Trials and Development Unit. This military unit is tasked with developing and trialing new technologies for British tanks and, in 2021, it proposed a camouflage pattern based on the cooperation with regular troops training in Estonia. Two additional British organizations had a say in its creation as well – the Defence Science and Technology Laboratory (which provided the paint mixtures) and the Tank Museum in Bovington of all places. History can sometimes be a great teacher. 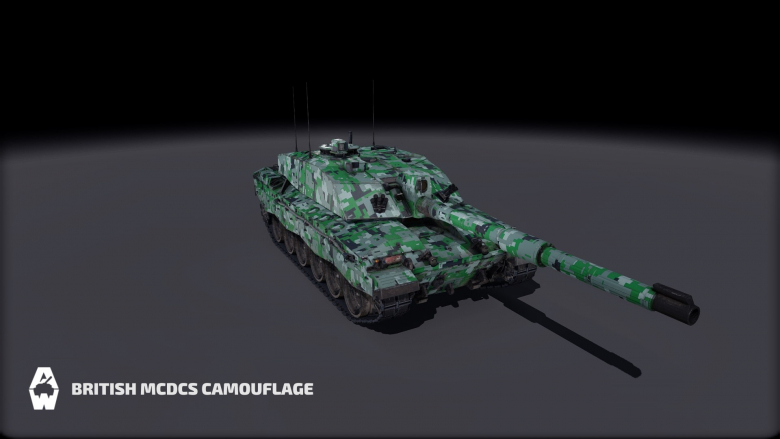 The mention of this Baltic country will probably already tell you the camouflage is intended for woodland environments, especially those of Baltic States and Eastern Europe. It’s an elaborate digital pattern consisting of several shades of green and black. At closer ranges, these zones make it hard to focus on the tank’s silhouette and at long ranges they blend into larger zones to create a similar effect. But that’s not all – the patter was designed specifically to mislead AI assistants and tools that help enemy crews recognize tanks on the battlefield. 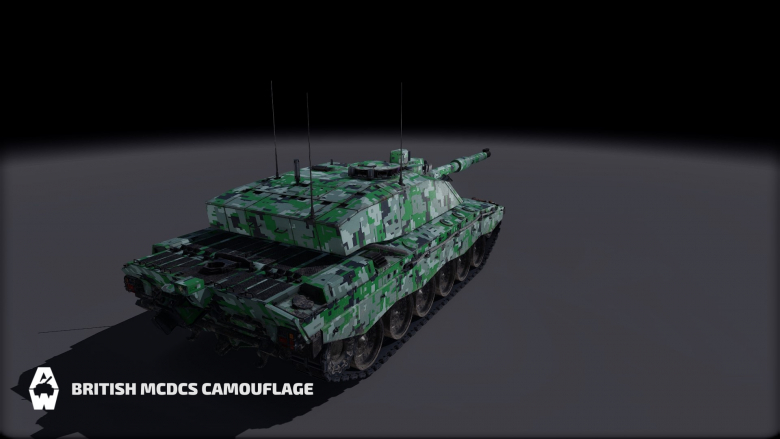 The camouflage was first unveiled in early 2021 and was tested by regular troops at the Armour Centre proving grounds in Bovington. The trials yielded some interesting results with the Challenger 2 MBT it was applied to being considerably harder to spot at the ranges where the fighting occurs the most (400 to 1500 meters). In addition to the visual concealment component, the camouflage also provides additional anti-radar and anti-thermal capabilities, although this is not modeled in Armored Warfare. 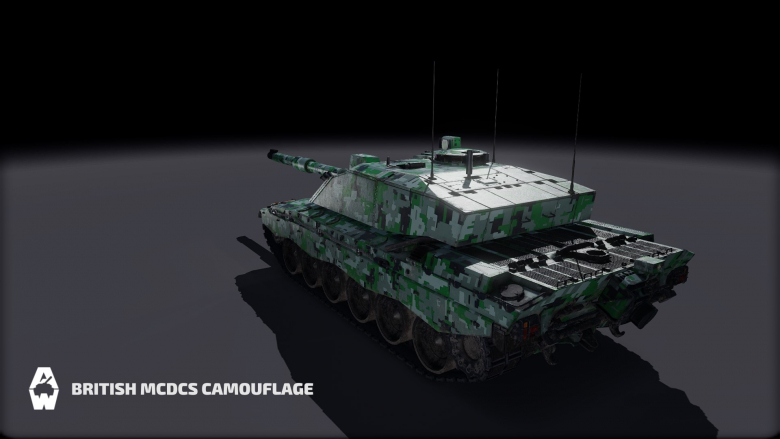 Since the unveiling in January 2021, there hasn’t been much news about the camouflage. Whether it will see any widespread use remains to be determined. 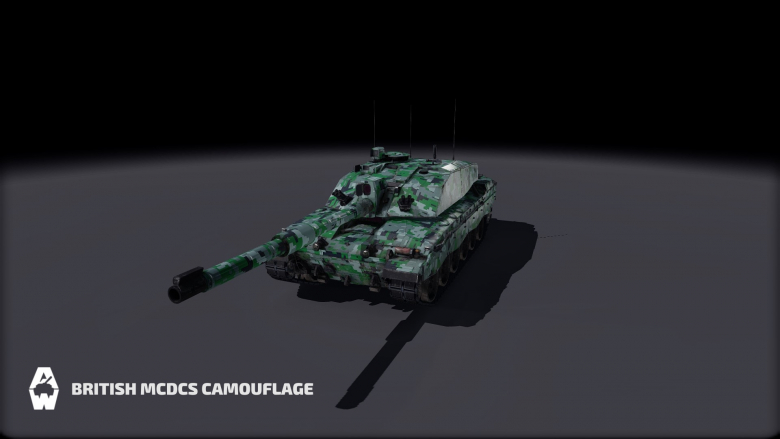 As usual, the camouflage will be available along with several real-life decals (including the emblem of the Berlin Brigade).

We hope you will enjoy all of these and, as usual: