In the Early Access 4 phase of Armored Warfare testing, the artillery vehicles will receive a new tool to support their teammates further. Developer Charles Staples explains how they will work in the game.

Once unlocked and purchased, players can find and equip the new ammo by using the Secondary Ammo Tab for their vehicle: 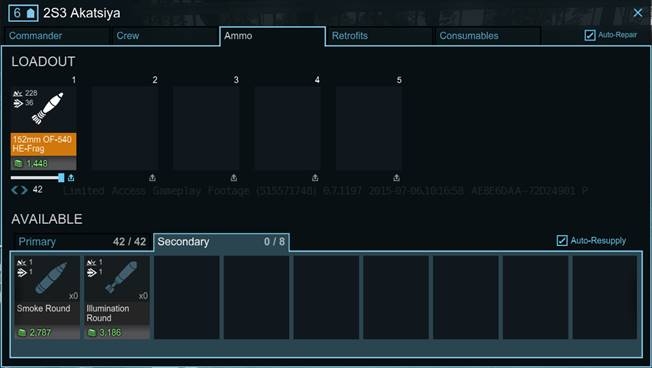 Once in-match, you can switch to smoke or illumination rounds just like switching to any other ammo type. Smoke and illumination rounds both use new targeting reticles that provide information on the exact location the shell will hit as well as the radius of the effect.

Smoke rounds provide concealment from all targets in an area where the shell lands. They have an effect radius of 30 meters and duration of 20 seconds. When using smoke rounds, artillery players are rewarded for breaking enemy line of sight to their allies.

Illumination rounds reveal and spot all vehicles in the targeted area. They have an effect radius of 30 meters and a duration of 10 seconds. When using illumination rounds, artillery players are rewarded for spotting enemies as well as any damage dealt to targets that are spotted.

Any use of smoke or illumination rounds by friends or foes is indicated on the minimap. 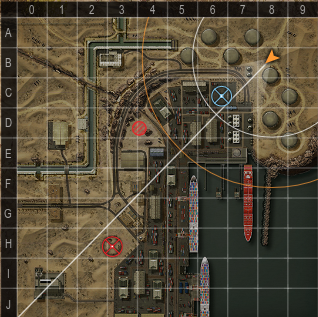 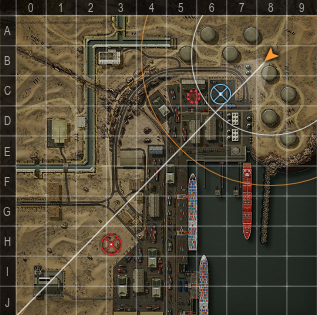 The final element added for these special rounds are Weapon Groups. The main goal of having weapon groups on vehicles is to remove the full reload of ammunition when switching between separate weapons on a vehicle in order to better mimic how things work in real life as well as provide gameplay improvements. While artillery does not actually have separate weapons on the vehicle and all of these special ammos are fired through the main cannon, adding this feature to artillery allows us to better balance artillery so that players can use both the damaging rounds and support rounds in a match without having to essentially commit to only one type because of the long reload times. This feature is not quite ready to be rolled out to all other vehicles at this time, but in the future any vehicle that has multiple weapons on it will have weapon groups for each of their weapons.

Weapon Groups are indicated by a roman numeral in the bottom left corner of the ammo icon. Here is an example of an M109A6 Paladin in match:

Weapon groups allow your currently selected weapon group and one other weapon group to be loading at the same time. Here is the M109A6 Paladin loading an ammo setup at the start of a match:

Any time a player switches to a different weapon group there is a weapon swap time. This cost is much shorter than a full ammo reload. Feedback is provided on the ammo icon by showing a timer over the ammo as well as an orange outline that fills up around the ammo. In this example, the player is switching from Weapon Group 1 to Weapon Group 2:

The weapon swap time is also indicated in the reticle next to the ammo reload time: 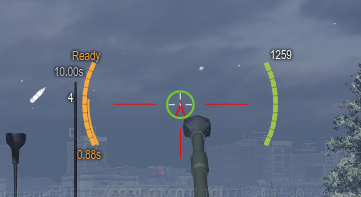 You can also see the currently loaded ammo in each weapon group. Loaded ammo is has a bright UI icon, while non-loaded ammo is dim. In this case, Ammo 1 in Weapon Group 1 is loaded and indicated by showing up brighter than Ammo 2:

This covers the basic workings for the new support rounds for artillery. We hope you like the new updates and look forward to your feedback on them.