The Tiran 6 Main Battle Tank is a captured Egyptian or Syrian T-62 in Israeli service with a few Israeli modifications that will appear on Tier 3 in the upcoming Israeli MBT branch.

First, let’s take a look at this tank’s history a bit. Ever since its birth, Israel had a tradition of using captured enemy equipment in its service. This, of course, included tanks at some point – hundreds of enemy vehicles were captured during the three major wars Israel was a part of – the 1956 Suez Crisis, the 1967 Six-Day War and the 1973 Yom Kippur War. If we focus on tanks specifically – most of the captured ones were T-54 and T-55 tanks supplied to Egypt and Syria by the Soviet Union. These were generally scrapped, sold off or used under the designation of Tiran.

The origin of the Tiran name is still debated and there are several theories as to where it actually came from – these, along with the history of the captured T-54s and T-55s, are described in a dedicated article.

Enter the T-62 Medium Tank. Developed as a replacement to the aging T-62 series, its armor was still made of steel but its firepower was far superior to what the T-55 was armed with, essentially a World War Two 100mm rifled gun. Its 115mm U-5TS smoothbore had few equals – the "competition" (the D-54TS rifled gun) lingered on for a while thanks to its newly developed tungsten-core sub-caliber rounds, but once these became available for the U-5TS smoothbore as well, the D-54TS finally disappeared from all future tank proposals. The early development of the tank is described in another dedicated article.

Originally, the T-62 was supposed to be a stopgap measure before the appearance of the newer T-64 tank from Kharkov but in the end, it was produced in the Soviet Union until 1975 with more than 20 thousand made and it formed the backbone of the Soviet forces for many years.

Unlike the T-64 later on, the T-62 was released for export quite soon – after all, it was scheduled to be replaced anyway. In the end, over 5000 of these tanks were exported. Interestingly enough, most Warsaw Pact countries were not keen on purchasing this vehicle – there are rumors on the internet about the T-62 being license-produced in Czechoslovakia or Poland, but this is a myth. This vehicle was not produced in either country – this misinformation probably comes from western sources and was unfortunately mentioned by Steven Zaloga as well. Both countries evaluated it but the vehicle was actually quite expensive (the price of an imported T-62 was roughly 50 percent more than of the T-55). The other thing was that the Warsaw Pact militaries knew full well that the Soviets themselves were preparing to replace this vehicle and buying expensive tanks that were considered only temporary was considered a waste of money.

In the end, the T-62s were generally only exported to Arab countries and this is where the story of the Tiran begins. After the devastating losses of the Six-Day War, Syria and Egypt decided to arm themselves with the best the Soviets had to offer – the T-62 MBT. Between 1971 and 1973, around 700 tanks of this type were sold to the Middle East. Of those 700, Egypt acquired 200 – enough to arm two armored brigades (95 tanks each) – the 15th Armored Brigade and the 25th Armored Brigade. These were attached to mechanized infantry divisions and worked in concert with those. 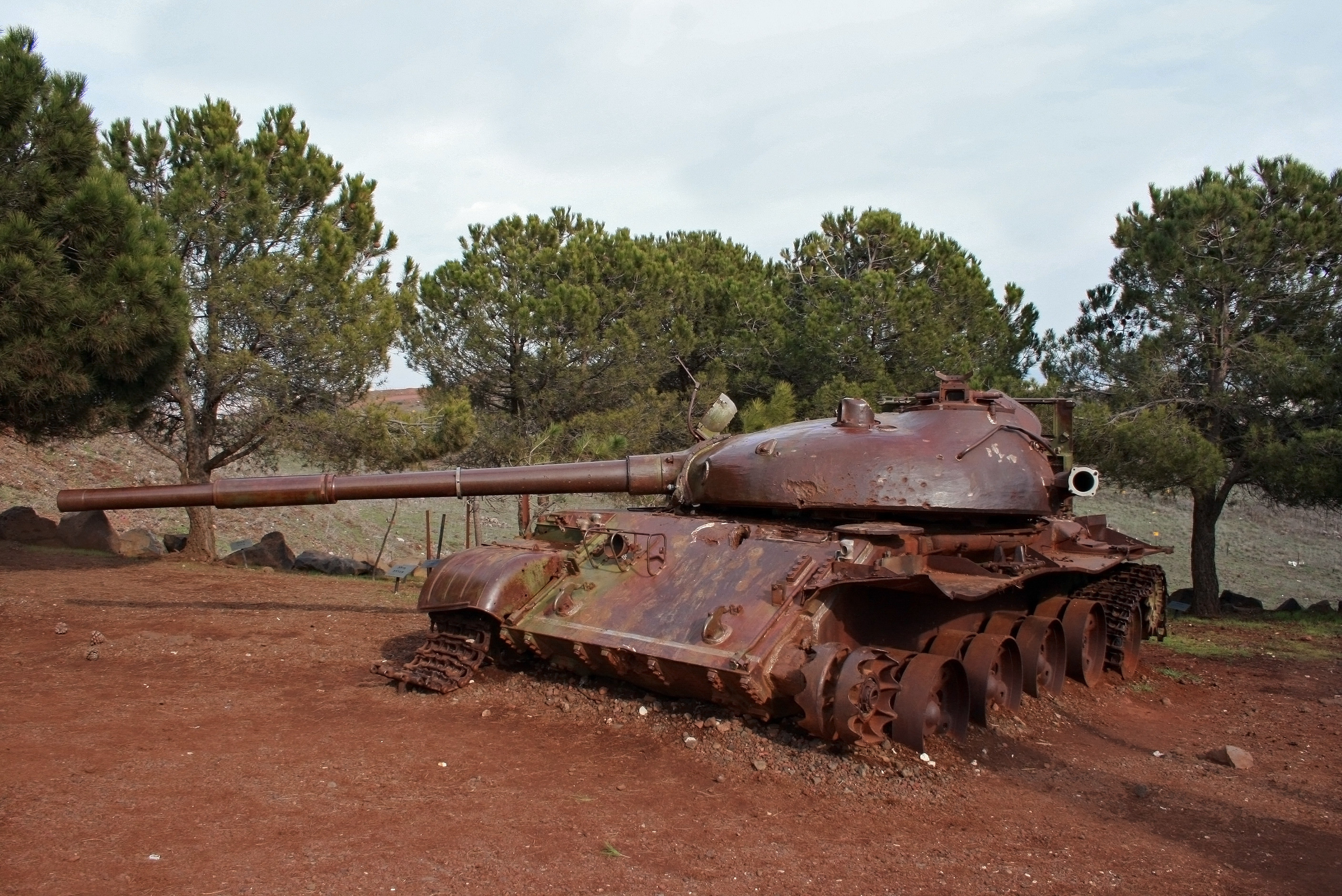 The rest of the tanks went to Syria. Unlike the Egyptians, the Syrians actually concentrated their tanks into armored divisions rather than attaching smaller armored units to infantry divisions. Five brigades (95 tanks each) were armed with the T-62 – the 1st Armored Division and the 3rd Armored Division had two brigades each and the fifth brigade belonged to the Republican Guard.

Throughout the decades since its launch, the T-62 tank participated in many conflicts but the 1973 Yom Kippur War is perhaps what it is known the best for. On October 6, 1973, the armies of Egypt and Syria (supported by their allies from other Muslim countries) attacked Israel with a sledgehammer of steel – thousands of their tanks advancing to crush the famed Israeli armored forces.

In the south, one of the Egyptian T-62 brigades, in coordination with the infantry teams and BMP-1s firing their Malyutka missiles, exacted a heavy toll on an Israeli counterattack during the third day of the war, destroying as many as 70 Israeli tanks out of the 170 deployed.

The other brigade was involved in the Battle of the Chinese Farm, one of the largest tank battles in history. When approaching the battlefield, it was ambushed by a perfectly executed attack of the local Israeli forces and ended up flanked from all sides. The expertly commanded Centurions slaughtered the Egyptians – out of the brigade’s 95 tanks, only 10 survived the day while the Israelis only lost 4 tanks.

The Syrian T-62s also took heavy losses despite their firepower and armor superiority. The reason for that was the level of training – where the training of Syrian tankers left a lot to be desired for, the Israelis were well-trained. Even so, the superiority in numbers of the early days of the war brought enormous losses on both sides. In one of the most heroic tank actions in all of history, the Israelis with their 177 tanks defended the Golan Heights against thousands of enemy armored vehicles. When the smoke cleared on October 9, more than five hundred Syrian armored vehicles (including a full brigade of T-62s) were left destroyed on the battlefield – but the price was extreme. Of the nearly two hundred tanks deployed, the Israelis were down to perhaps a dozen. Out of 72 Sho’t tanks, the Israeli 7th Armored Brigade had 7 tanks left.

There is a rather strange trait to Arab armies in general that can be seen to this day – when they are winning, everything is amazing and they can get very boastful and brave. But they lack grit – losses tend to bring their morale down a lot, leading to panic and routs. So it was too in this war – in its later stages when they recovered from the initial blows, the Israelis would capture large amounts of intact equipment, left behind by panicking Arab soldiers. That’s how they got their hands on a number of T-62 tanks as well. 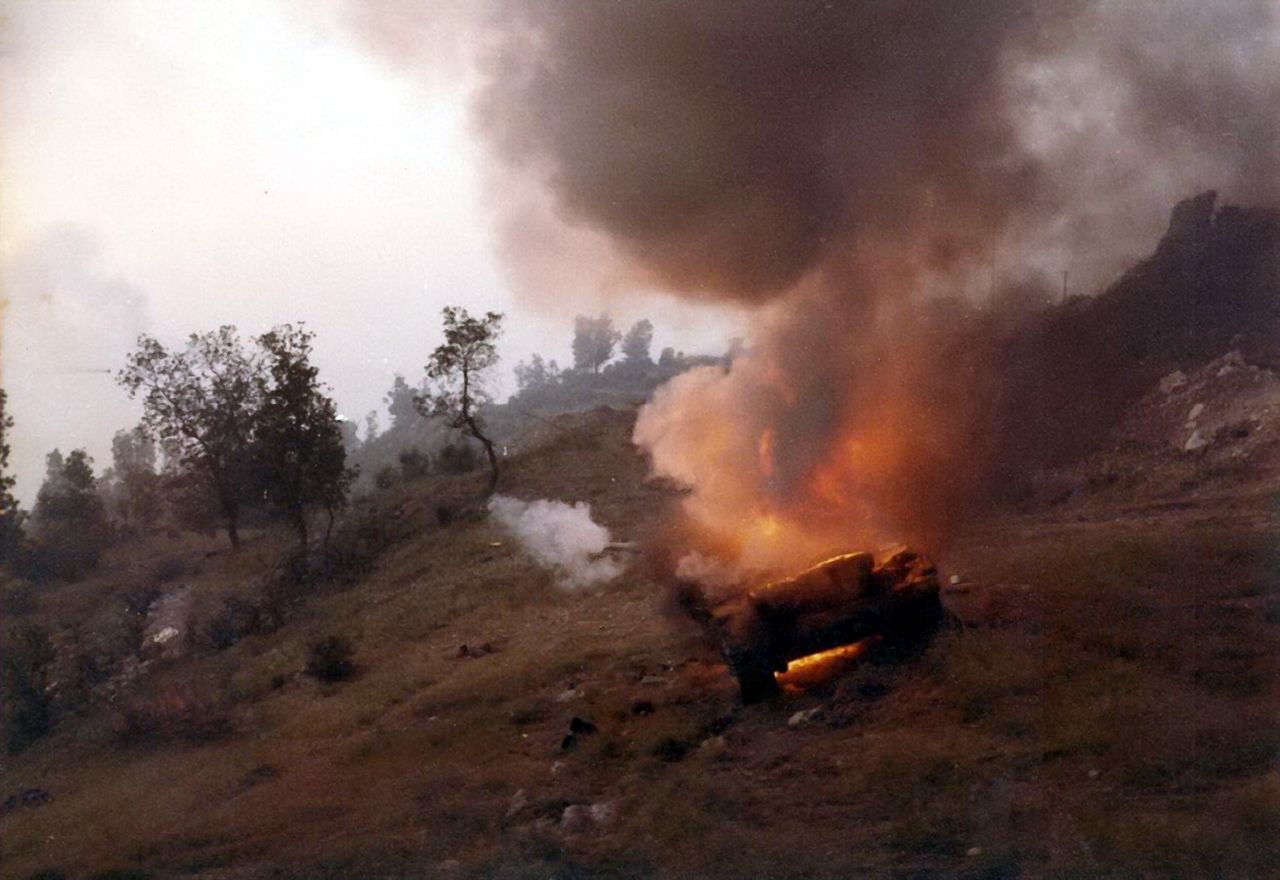 In the end, the 1973 Yom Kippur War was the only conflict where the T-62 would, in tank on tank combat, have an advantage. When the Israelis encountered it again in 1982, it was mostly considered inferior to the Merkava – but in 1973, it was recognized as a powerful and deadly opponent and the Israelis were never the ones to squander good captured vehicles. And so the captured or salvaged T-62s entered Israeli service under the designation of Tiran 6(some older sources claim that unmodified T-62s had a Tiran 3 designation but this is likely not correct).

Unlike the captured T-54 and T-55 tanks, the T-62s were not extensively modified by having their guns replaced by the Israeli-standard 105mm L7 copy. They retained their own 115mm smoothbore and thus had to rely on captured ammunition stocks. The following modifications were made to the vehicle:

Contrary to some sources (including Wikipedia), the vehicle did not have its engine changed to a Detroit Diesel one, nor did it receive any advanced equipment such as a thermal imager. Its fire control system was not upgraded either.

Having to rely on captured stocks, the tank was never really a first line vehicle. Israel kept an unknown (but relatively low) number in service with reserve units for roughly a decade. It seems some of them might have seen some combat during the 1982 Operation Peace for Galilee because a few were allegedly upgraded with a Blazer ERA kit (photo evidence of that is, however, hard to come by). They were phased out of active service shortly after the operation and possibly scrapped – reports of various exports are most likely also incorrect and stem from western sources mistaking these tanks for Tiran 4 and Tiran 5 models which found their way to a number of customers upon being phased out. 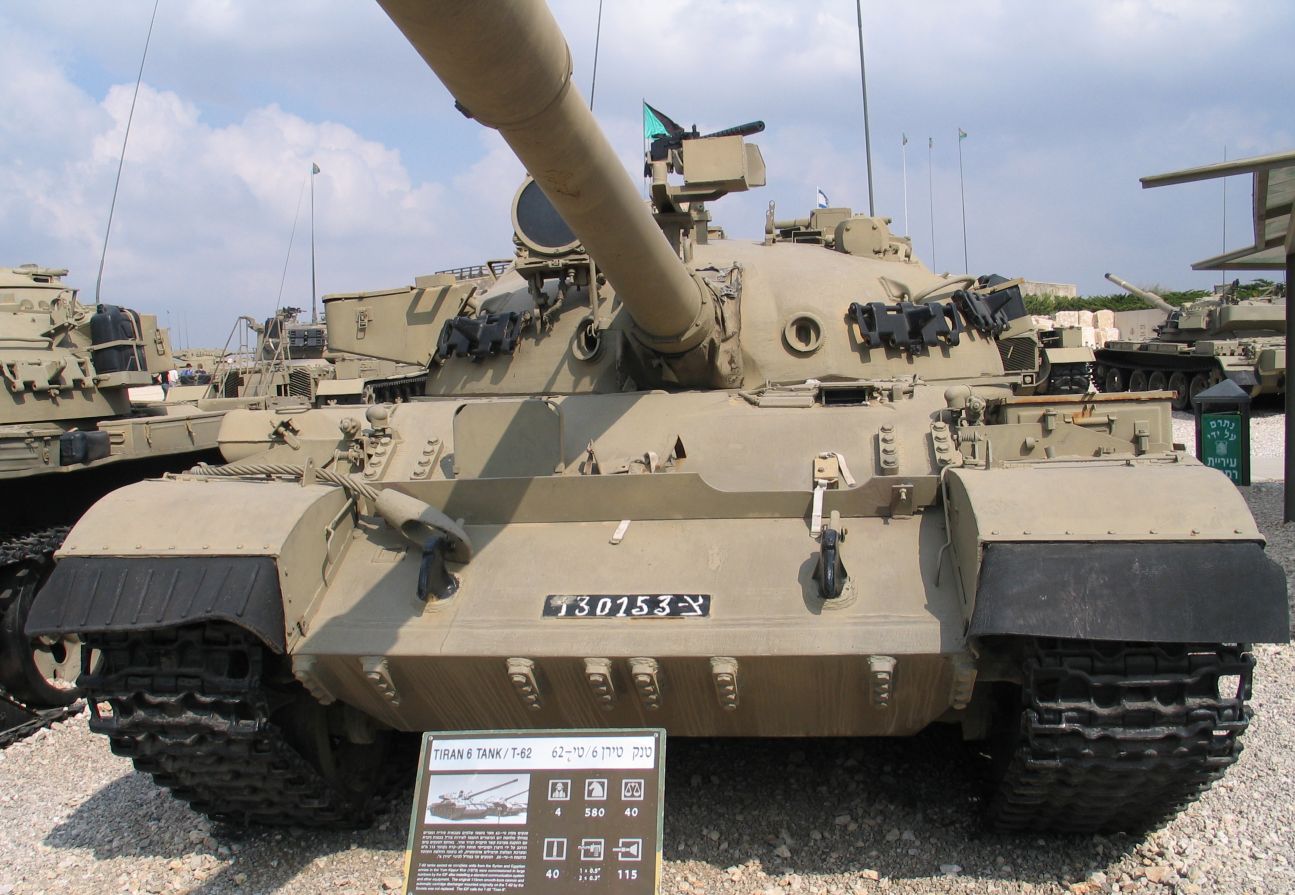 Let us, however, return once more to the game aspect of the tank. As was mentioned above, this vehicle will be a Tier 3 progression one of the Update 0.26 Israeli branch with its top version carrying a Blazer ERA kit.

Those of you who have read our earlier articles about the upcoming content from that patch might have, however, noticed that we already announced a different vehicle for Tier 3 – the Sho’t Kal Dalet Main Battle Tank. Tiran 6 (previously intended as a Premium vehicle) will be replacing this vehicle on Tier 3 with Sho’t Kal Dalet moving to Tier 2 and the M51 Super Sherman will become a low-Tier branch Premium vehicle.

To explain the reason for this change, we have to look at the branch as a whole and its purpose. As we announced earlier, the Israeli progression branch will be suitable for newbies and will be an important part of our efforts to introduce Armored Warfare to a new generation of players.

One of the most important elements of any new player-friendly content is a clear sense of progression. Simply put, players have to feel that they are progressing through the tanks and each time they advance a Tier, they are receiving an upgrade. This isn’t just a matter of statistics – in RPG terms, the same looking steel sword dealing 10 percent more damage every time you level up makes a very poor progression incentive. The more powerful it gets, the cooler the weapon and the tougher (or, for female characters, more revealing) the armor needs to appear to make sure the players feel like they are getting something better for their effort.

So it is with tanks as well – having the same-looking tank copy with relatively small differences makes for a poor incentive, especially on lower Tiers where we want the players to discover what Armored Warfare is all about. It is therefore important to make each lower Tier tank look different and that’s unfortunately the category where the M51 failed (despite being an iconic Israeli MBT), which is in turn why we decided to replace it. 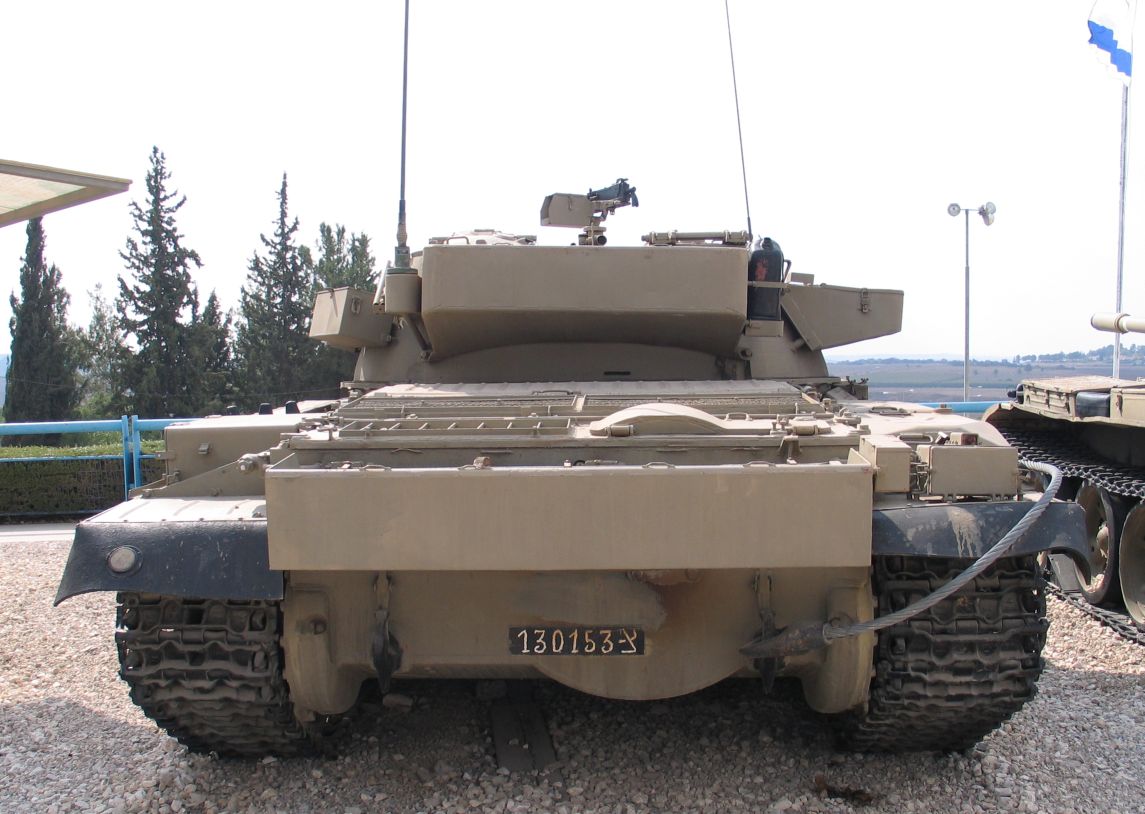 This is also the reason why there is a Tier 7 gap in the branch – we had many internal discussions about the amount of Merkava tanks and about the fact some of those look very similar to each other. We felt that the amount of the same looking tanks would, simply put, be too much. Another Tier 7 candidate we considered, a Sabra version, had the same problem – it looked visually similar to the Tier 6 Magach 7C and putting Magach 7C itself on Tier 7 would mean a completely unrealistic overtiering that we did in the past and are not keen on repeating.

The current solution is therefore a compromise of the requirements set by game designers and those set by the Armored Warfare player acquisition specialists. And as for the M51 – you will have the opportunity to easily receive it for free (no worries – loot crates will not be involved).

We hope that you will enjoy the tank and will see you on the battlefield!

Learn about the Tier 2 Israeli Main Battle Tank, coming to Armored Warfare during the first Season

Learn about a Tier 10 Israeli Main Battle Tank, coming to Armored Warfare during the first Season