One thing that doesn’t make us happy to admit is that some Armored Warfare visual vehicle models are not on par with the standards we’ve set for ourselves in the recent years. The new Spirithaven models are, for example, of excellent quality and accuracy, but the same cannot be said for the older models and none of them exemplify this issue better than the T-72B model. 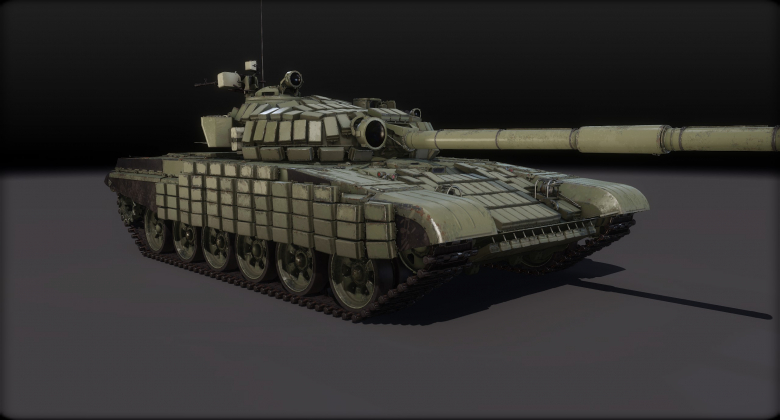 That is why we are working on a number of model improvements and overhauls for Update 0.33, which we will tell you more about in the future. Let’s start with the T-72B model.

The T-72B Tier 6 Main Battle Tank was the second (and last) major upgrade to the T-72 series, introduced in 1984. The most obvious visual difference is the addition of the Kontakt Explosive Reactive Armor kit, significantly enhancing the tank’s protection against RPGs and other HEAT-based threats. The basic armor was also enhanced (making the turret cheeks even more prominent). The firepower was improved by a new FCS and the ability to fire gun-launched Svir missiles. The T-72B was also exported under the designation of T-72S, but not as much as the T-72A and it is currently still in Russian service. You can read more about it in our dedicated article. 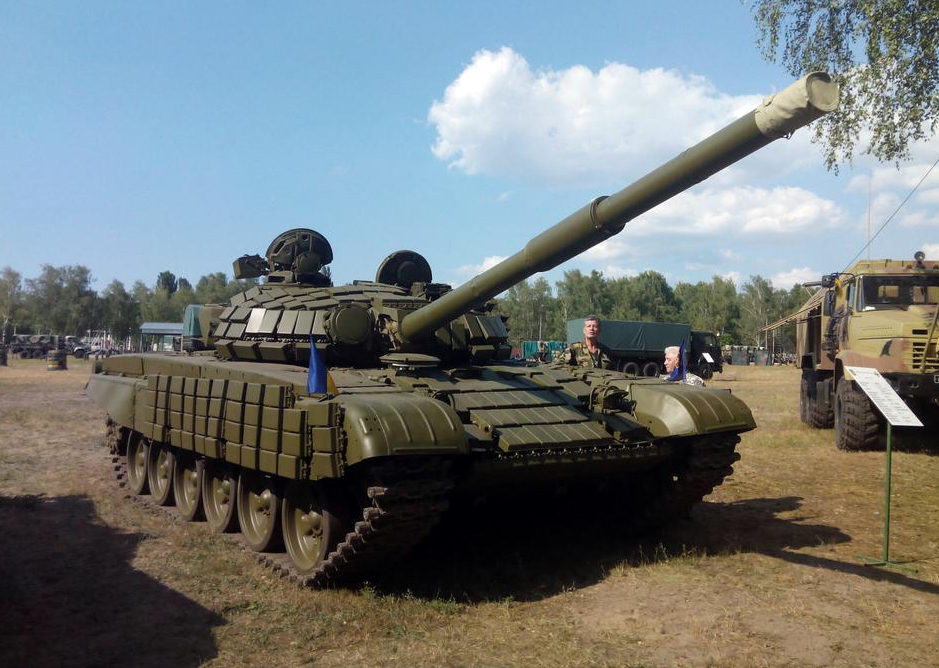 The main problem with the current T-72B model is that, simply put, it isn’t a T-72B model at all. It’s a T-72A model fitted with Kontakt-1 ERA – this variant does exist in real life, but is correctly called T-72AV. Our goal is to bring the appearance of the model to a real life T-72B from 1988. This was the last model year with the Kontakt-1 ERA. Starting from 1989, the tank received a new Kontakt-5 ERA kit instead and it is not our intention to improve its protection that much since the tank is performing well enough as it is. Instead, we’d like for it to look the part. Here’s what we did to that end.

After reviewing the old T-72A model cosplaying as T-72B, we decided to throw it out and basically model the tank from scratch using publically available references in the form of a 130 page long document, painstakingly describing every detail of the vehicle. This document went to the modelers, who started their work. 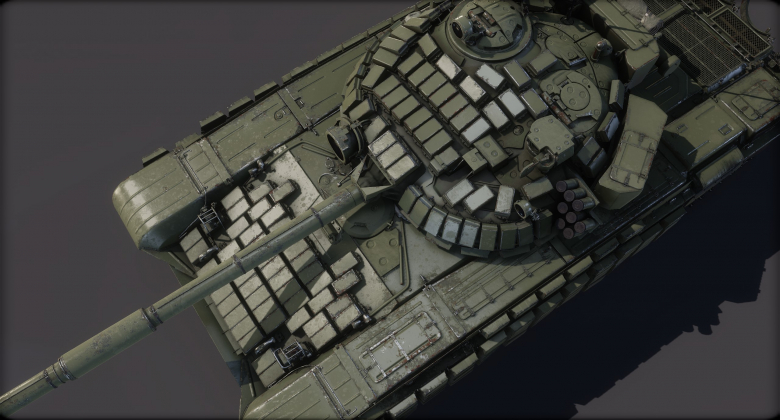 The first obvious change is the turret of the vehicle. The basic geometry of the turret is very different with the frontal part being more pronounced. Normally, the Soviet tank turrets are associated with the round shape of a pan, but the T-72B turret is much wider in the front, resulting in very prominent and visible “cheeks.” In real life, this was done to accommodate improved internal armor layout (layers of steel and resin with gaps between them).

The turret elements were obviously changed too, as you can see. The set of optics was overhauled to match that of the T-72B, as was the ERA layout. Please note that regarding the turret (or any other actually) ERA layout, we were working with published official documents so the setup is “the way it was intended by the designers of the T-72B MBT” or, in short, the “factory setting.” In real life, the layout can often be seen with some ERA elements missing (most notably those above the gun mantlet or covering the lower turret parts) or placed elsewhere.

As you can see, we’ve also adjusted the ERA element angles and added a number of smaller details like the correctly sized boxes and other smaller parts. The turret also has a 12.7mm NSV anti-aircraft machinegun and only one smoke grenade launcher.

The hull was, of course, also completely overhauled. The upper frontal plate has a somewhat different ERA layout and a new driver hatch model. Note how the ERA now also covers a portion of the lower frontal plate – that’s also new. The sides of the hull were changed in the sense that they aren’t completely covered by the tank’s rubber skirts but, rather, have several blocks of ERA on them, protecting the central part of the hull. On the left side, the exhaust model was changed and the engine deck is now also accurate. 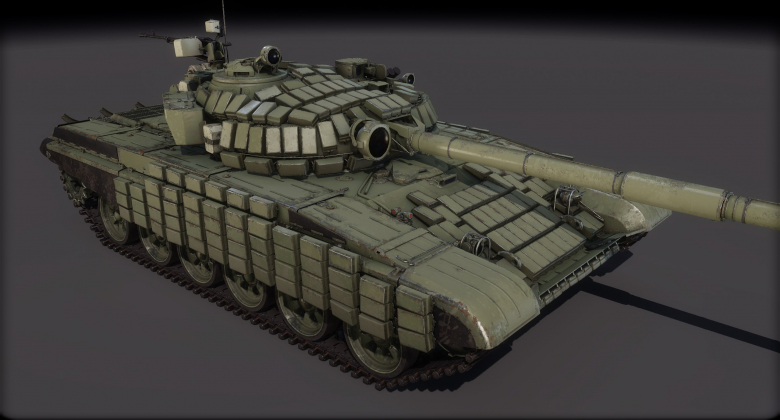 The roadwheels were significantly improved (to a historically appropriate model) and now have more polygons. They also finally have the correct torsion bar offset as well as a new set of tracks. 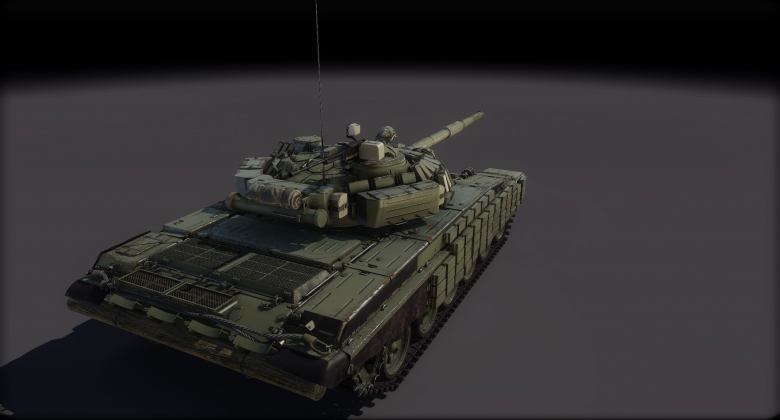 And that’s still not all. The model will have its own set of animations:

And, finally, we’ve split the ERA elements into more groups than before (from 10 to 25 on the hull and from 8 to 15 on the turret). What this means for the gameplay of this vehicle is that smaller portions of ERA will get destroyed with each hit, making the entire ERA set last longer.

All in all, the visual quality of the new model grew significantly but there’s one more aspect to the whole overhaul. The overhauled parts (for example the gun) can be used for other tanks that use them. This way, we’ll be able to improve the appearance of other vehicles while using already developed assets. 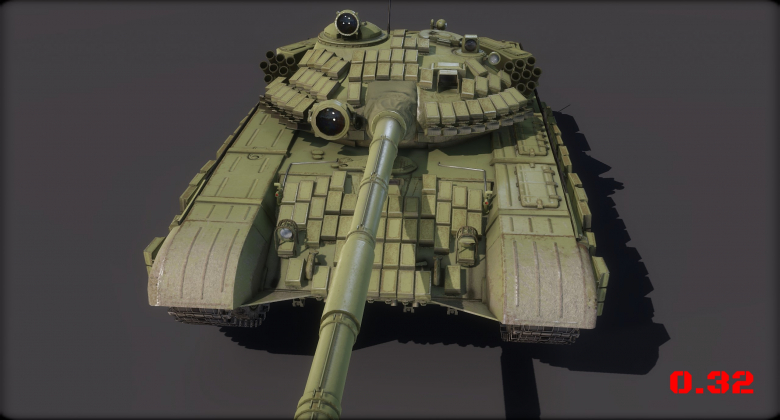 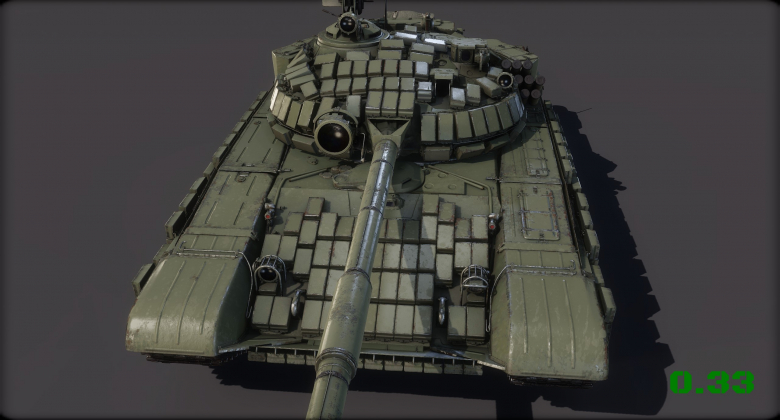 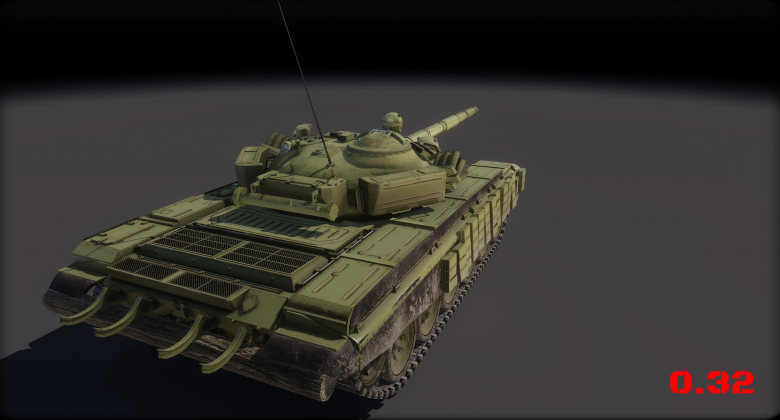 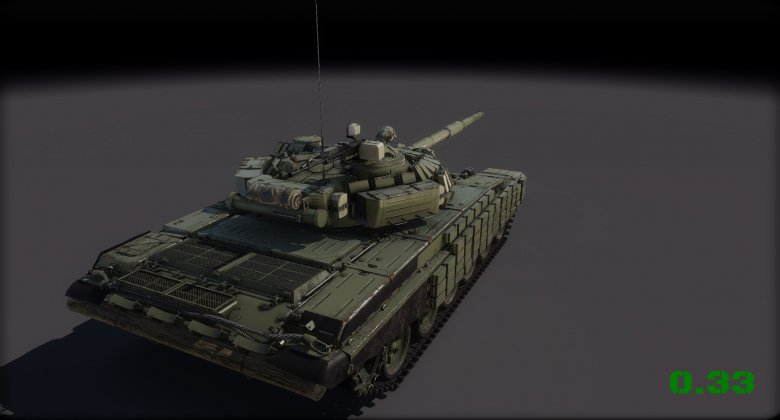 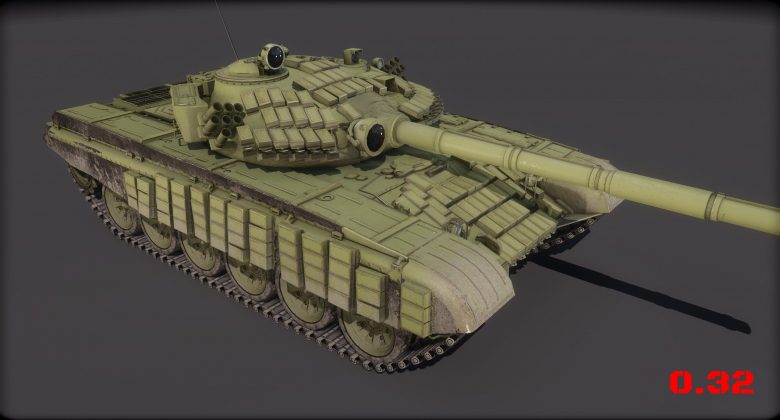 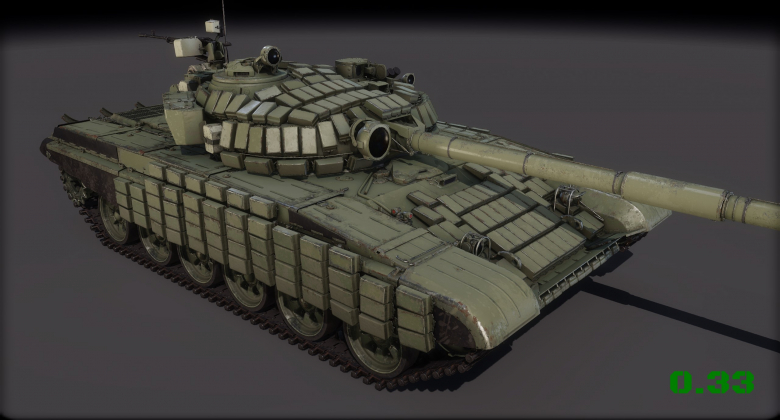 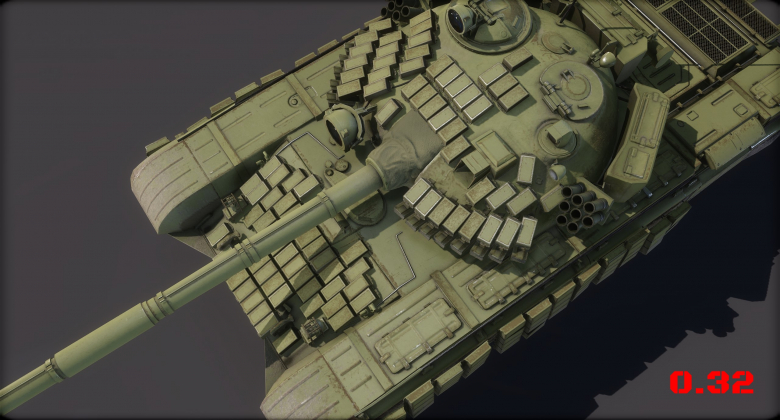 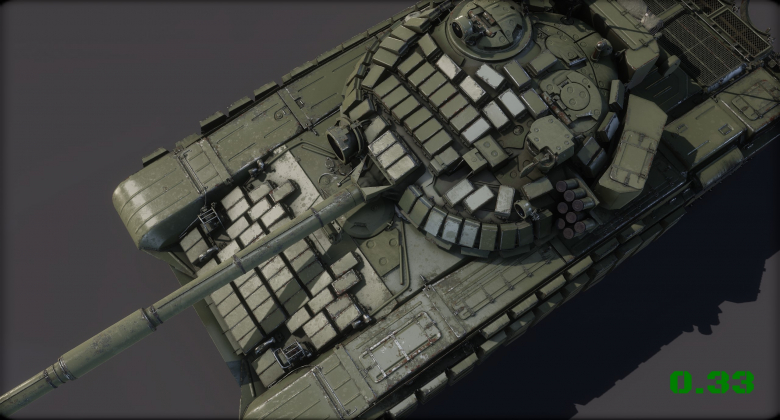 We hope that you will enjoy the new model. But until the next article: