Today, we’d like to tell you more about a reward vehicle that’s going to be available during an upcoming event – the Object 225 MBT!

The Object 225 MBT project (not to be confused with the wartime Object 225 that was the KV-5 Heavy Tank) was developed in the early 1970s as a competitor for the future Soviet MBT of the 1980s. Three design bureaus competed for the contract – Leningrad (Kirov Plant), Kharkov and Chelyabinsk. This proposal was Leningrad’s entry from the bureau under N.S.Popov.

The initial version of the tank was introduced in November 1971. The vehicle was fairly conventional and adhered to the tenets of Soviet tank design with its 3 crewmembers, heavily sloped composite frontal armor (steel and textolite layers) and a low-profile pan-shaped turret (with quartz or ceramic balls fillers).

Despite its low weight of 41-42 tons, the tank was exceptionally well protected from the front with 550mm to 600mm of RHAe (against HEAT warheads, thought to be the main threat at the time). This also made the front of the tank resistant to 125mm APFSDS shells of the era. The sides were 70mm thick (but with titanium elements) and the lower frontal plate (angled at 60 degrees) was 80mm thick.

The tank was to be armed with either the 125mm D-89T smoothbore gun, or the 130mm LP-36V rifled gun-launcher. The smoothbore variant was developed by Uralmashzavod while the rifled weapon system was developed in Perm. Both weapons were to be automatically loaded from a 36-round carousel-style magazine under the turret with 14 reserve rounds stored elsewhere in the tank. Aside from APFSDS and HEAT shells, both weapons were designed with gun-launched ATGMs in mind. These were the Kobra and Gryuza systems, although the Gryuza development was canceled relatively early on, in 1971. Additionally, the tank featured a cutting edge FCS called Morzh. The gun was to be fully stabilized and offered the depression and elevation from -6 to +14 degrees. 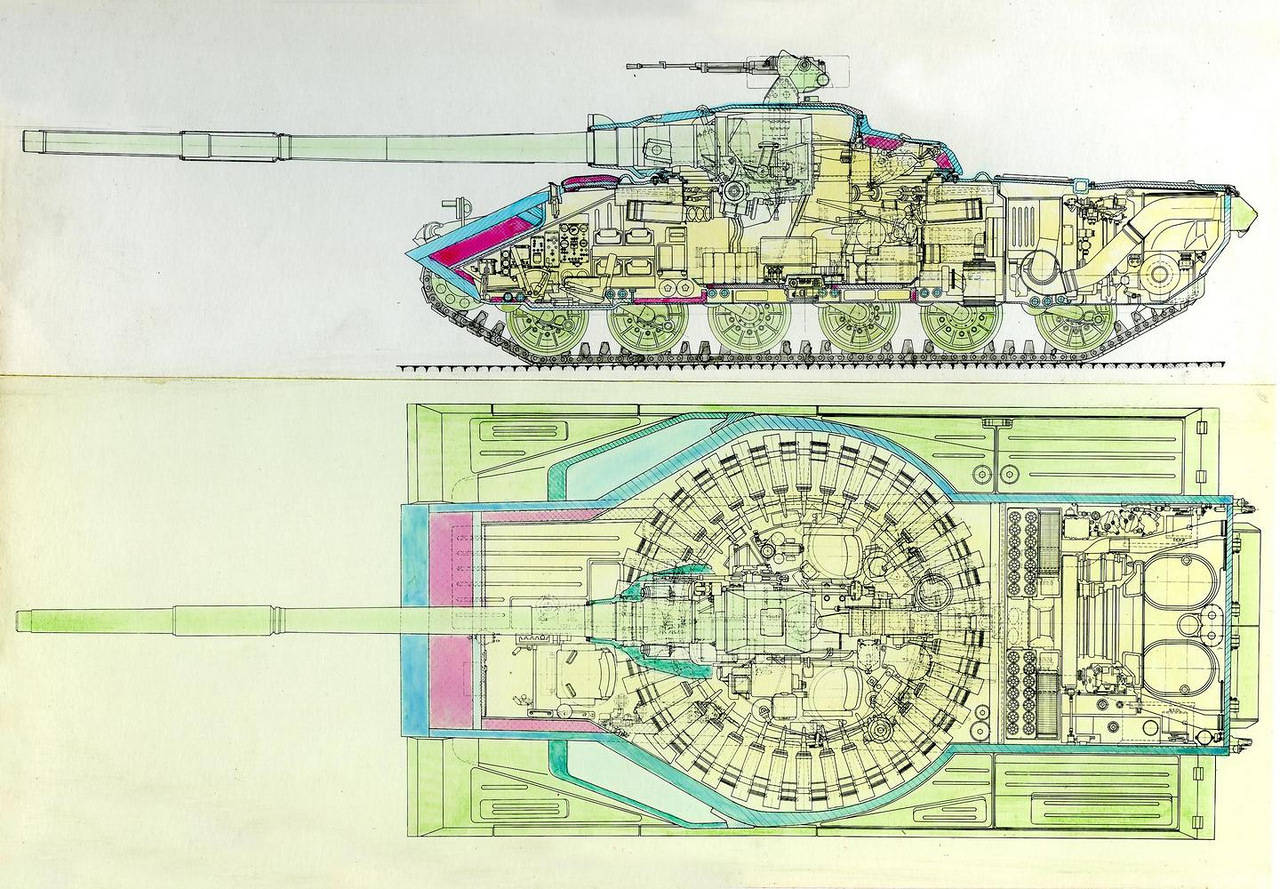 Like it was mentioned above, it was to be powered by a turbine engine – specifically the VTDT-1000T 1000hp one, which, however, wasn’t properly developed at the time. It was assumed that aside from excellent agility, the tank would be able to reach the maximum speed of 70 km/h. To satisfy the appetite of such a thirsty powerplant, around two tons of fuel would be carried, offering the MBT a maximum range of some 600km. The alternative Object 226 proposal was fitted with the 2V16 diesel engine.

In 1972, a full-scale mock-up of the tank was built, but that was as far as it would go. During the project’s evaluation, it was determined it did not offer enough advantages over existing service MBTs while being significantly more expensive due to, amongst other things, the use of titanium in its design. Additionally, the project was rated worse than Kharkov’s Object 450 (also known under the name T-74).

The project was canceled around 1974 in favor of the development of the Object 219 prototype (also from Leningrad), which would become the T-80. 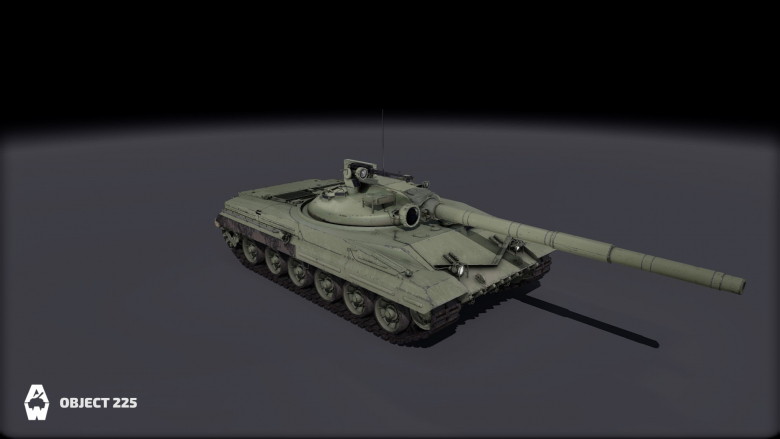 In Armored Warfare, the Object 225 will be a Tier 6 Premium Main Battle Tank.

Much like other Soviet MBTs of the time, this tank will have a low silhouette and will present a small target in addition to the advantage of having lower weight than its western counterparts. However, this will come at a price – the Object 225 doesn’t feature any ERA, NERA or APS, relying instead on its frontal composite armor. In other words, the protection level of this MBT will be somewhat lower than that of some other Tier 6 MBTs such as the T-80B in its ERA configuration. 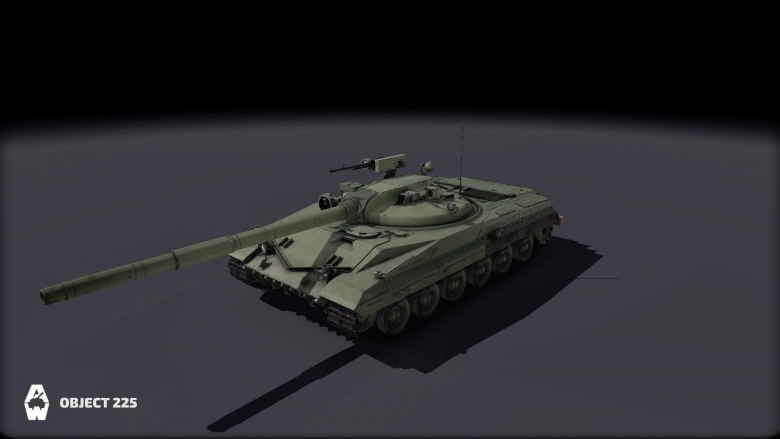 On the other hand, this MBT will offer solid acceleration, maximum speed and agility thanks to its 1000hp gas turbine engine. It will be possible to boost the mobility even further for a short time using an active ability. Of note is also the unique choice between two defensive measures – you’ll be able to pick between a smoke generator and a smoke grenade launcher.

The firepower will consist of 130mm cannon firing solid APFSDS shells, very good HEAT shells, HE shells and powerful gun-launched ATGMs. Especially the final shell type will be able to defeat most armor encountered thanks to an upgrade in the form of a guidance module improving its control and resistance to APS. But if dealing as much damage as you can is your goal, the HEAT rounds should be your primary choice.

And, last but not least, the tank will feature (thanks to its advanced optics and small size) excellent viewrange and camouflage for its class. 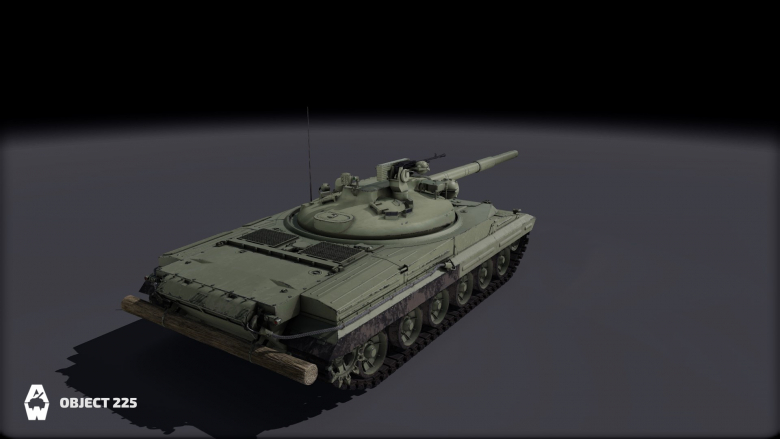 In summation, what we have here is a support MBT that will be the most effective at medium to long ranges due to the combination of average armor but good mobility and firepower. While not suited for being the tip of the spear (despite its class), it will excel in ambushes and in providing a steady flow of dealt damage. We hope that you will enjoy it and, as always:

Learn more about the new regular PvE mission we are working on!

Learn more about the commander currently obtainable via the Perihelion event