The NM142 is, very simply put, a rather standard Norwegian M113, upgraded with an indigenous TOW missile launcher turret to produce a potent tank destroyer – for its time. 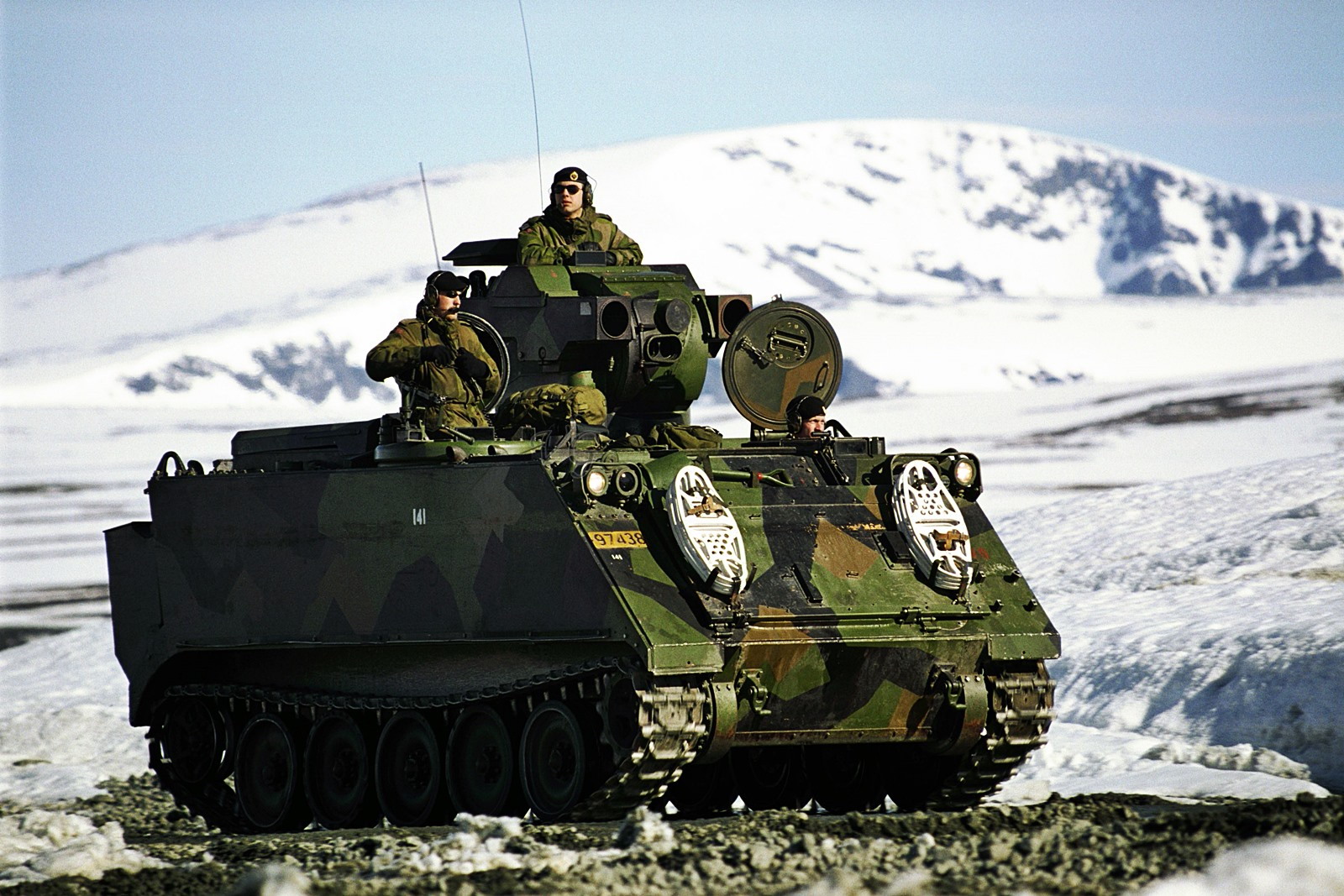 After the experience with German wartime military occupation, Norway was quick to seek allies and became one of the founding NATO members. Much like the rest of the NATO (including West Germany), its military was of defensive nature, built around the idea of stopping the northern flank of a potential Soviet onslaught – or at least delaying it until reinforcements from other NATO members could be brought in. To that end, the Norwegian Army equipped itself with western vehicles and was amongst the first to adopt the American M113 armored personnel carrier with the goal of significantly increasing the protection of its precious manpower.

Norway received the first 100 of these APCs for free as early as in 1964 as a part of the American military aid to the NATO countries. 187 more vehicles of this type were then purchased between 1976 and 1992 with 126 more hulls (originally belonging to the M901 TOW and converted back to the APC standard) purchased after 1992 from American surplus when the Cold War ended. The total amount of M113s purchased or received therefore reached some 413 vehicles, although the number of operational vehicles of this type gradually dropped since and by 2015, only around 288 of these APCs were still in service.

Throughout the years, the basic M113 was upgraded in two ways:

The APC upgrades include:

It’s worth noting that the F-series upgrades were also applied to the specialized vehicles, which include:

And several more, including the NM142 Tank Destroyer. These vehicles often had their own upgrades and command sub-variants – as a result, the number of operational M113 variants in the Norwegian Army exceeded 30.

The NM142 is roughly a Norwegian counterpart to the American M901. It’s a standard M113 hull, equipped with a Kværner Eureka Armored Launching Turret, armed with a twin Hughes BGM-71D TOW-2 launcher.

The whole vehicle weighs 10.93 tons and has a crew of four men – three of them (commander, driver and loader) are located in the hull while the fourth (gunner) is sitting higher in the turret. The vehicle has the same level of protection as a standard M113 with the hull being made of rolled 5083/5086 H32 aluminum armor of the following thicknesses:

The turret level of protection is listed by some sources as identical to the hull. In other words, the vehicle is basically only protected against small arms, which is, however, fine – after all, it’s supposed to keep its distance from the enemy. Several of these vehicles were also upgraded with a F1 program spall liner (these are referred to as NM142F1).

The NM142 is powered by a standard M113 engine - Detroit Diesel 6V53 V6 diesel producing 212 hp. Its maximum speed is 64 km/h and it can accelerate from 0 to 48 km/h in 20 seconds. The NM142 can also swim the same way as a standard M113 despite the added weight and has roughly identical off-road capabilities thanks to its ground pressure value of 0.52 kg/cm2.

The main armament of the electrically traversed turret is a twin TOW-2 launcher that can fire several types of wire-guided TOW missiles, including:

All these missiles have the same flight speed of 278 m/s, and their maximum range is around 4km. The 8 missiles that the vehicle carries are stored inside the hull and are manually loaded to the launcher by the loader. The launcher is equipped with standard AN/TAS-4A optics. Some reports indicate that an upgrade to AN/TAS-4D optics also took place in several cases.

The vehicle was designed in the late 1980s and, eventually, 97 were built in total. They were intended to be operated in groups of four (a platoon), although sometimes three platoons would be put together to form an anti-tank squadron. The vehicles would stay at safe distance (as far as possible from the enemy), fire their loaded missiles at the enemy and then they would retreat to reload. Overall, it was a sound concept. 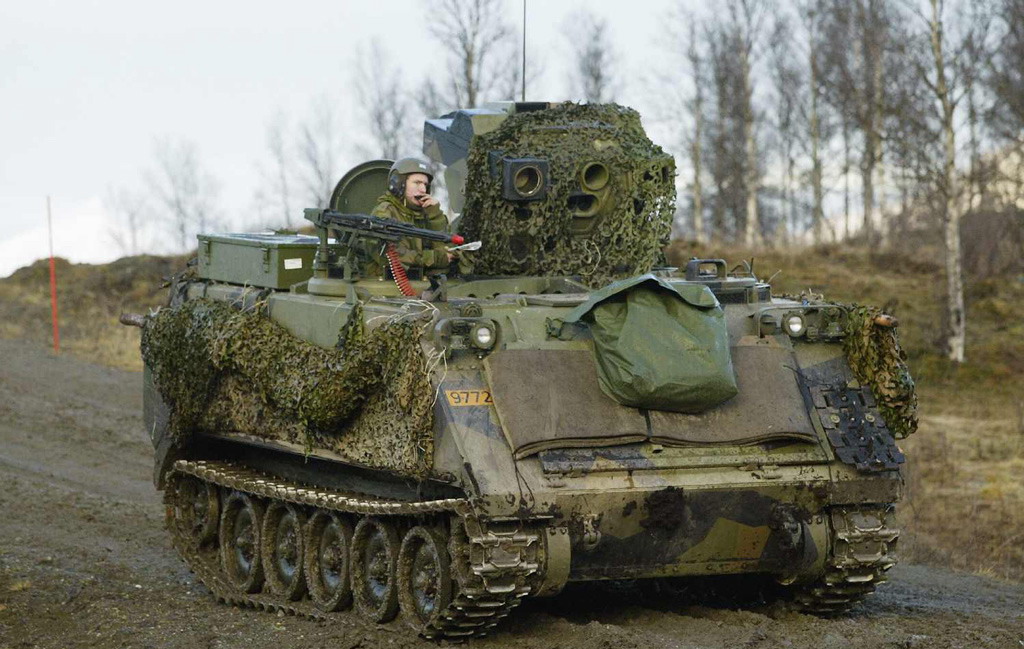 However, after the end of the Cold War, the need for such vehicles gradually disappeared with the perceived end of the Soviet threat. With more focus on peacekeeping missions and the War on Terror, the numbers of these vehicles were gradually lowered. The vehicle saw service with the Kampeskadronen units and the first KFOR Norwegian contingent from 1999 included it in its ranks. In 2005, the number of active vehicles of this type was reduced to some 12 machines and, by the end of that decade, the type was completely phased out of service. It’s worth noting that the turret was actually also used by the Canadians to produce the Canadian M113 TOW variant, practically identical to the NM142.

In Armored Warfare, the NM142 will be a Tier 7 Tank Destroyer. Gameplay-wise, it will be a long range missile carrier with one very special trait – it will feature top-down attack missiles. These missiles will, with your guidance, fly above the target and penetrate its thin roof armor instead of the well-armored parts. This ability will make the vehicle deadly against MBTs in hull-down positions, although it will take a considerable amount of skill to aim the missile effectively.

We hope that you will enjoy it and will see you on the battlefield.