Another vehicle to be introduced in the near future is the Brazilian EE-18 Sucuri II progression Tank Destroyer that will appear in Armored Warfare on Tier 6. It was a rather interesting design that was supposed to push a Brazilian company called Engesa (an abbreviation of Engenheiros Especializados S/A) to new heights of success. Instead, it was one of its watermarks, after which things would go would only get worse. But that is a different story, described in our earlier article called “The Rise and Fall of Engesa”. 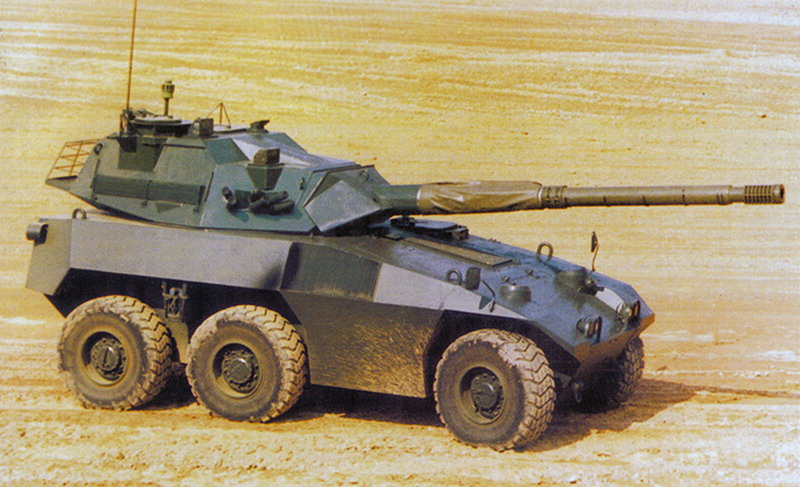 But let us return to the time before its downfall, to its heyday in the late 1970s. By that time, Engesa managed to secure several truly major arms deals with its three wheeled armored fighting vehicles:

These AFVs were not only used by the Brazilian military, hundreds of them were exported to Africa and the Middle East, where they succesfully participated in a number of conflicts, including multiple wars in Iraq. Wishing to follow up on their evident popularity, Engesa started developing, amongst other things, a new fire support vehicle – or, more specifically, an actual wheeled tank destroyers.

Wheeled tank destroyers were naturally nothing new. While not as useful as tracked vehicles in soft, marshy terrain of South East Asia or in mountainous areas of the Andes, they were just the perfect thing for the dry African planes for those cases where a pesky Soviet-backed guerrilla comes at you with a few rusty T-34s and T-54s.

The Cascavel, with its French 90mm gun, was more than capable of dealing with such threats but with the Soviets starting to supply various “friendly” countries with much more powerful tanks, the need arose for a simple, rugged wheeled vehicle with upgraded firepower that would be able to neutralize any wannabe revolutionary. Plus, the Brazilian army always had a use for such vehicles – and if they had not, they received them anyway due to the immense political influence of Engesa at the time.

And so the designers at São José dos Campos sat down and created a rather interesting armored fighting vehicle, intended primarily for export – the EE-17 Sucuri Tank Destroyer.

The original Sucuri (sometimes called Sucuri I) was a light 6x6 wheeled Tank Destroyer with massive firepower for its weight category. While weighing roughly 16.5 tons, it was equipped with the French Fives Cail-Babcock FL-12 oscillating turret – the same one used on the last variants of the AMX-13 Light Tank. This turret was armed with a 105mm automatically loaded rifled GIAT CN 105-57 L/57 cannon.

The turret, just like the hull, was made of rather thin steel and even though the lower part of the vehicle was protected by dual hardness steel used by Engesa , in reality, the Sucuri was protected practically only against small arms, and – frontally – against low grade autocannons. This was the price for its low weight, but also – if the vehicle was used as intended – not really a critical weakness. The fact that the client nations did not use the Engesa vehicles as intended and ended up losing a lot of them was not that big of a problem for Engesa – after all, that only meant they’d need replacements.

It’s worth noting that the dual hardness steel armor was one of the very few innovations ever introduced by Engesa, which preferred to stick to older and tried solutions.

The EE-17 was powered by a Scania DS-11 diesel, producing some 295 horsepower. The engine was mated with the German ZF 6HP 600 transmission, allowing the vehicle to go as fast as 100 km/h. This was awesome on hardened surfaces, but the EE-17 only had 6 wheels and even though all of them were driven, its off-road capabilities were hampered by the higher specific ground pressure compared to 8x8 or tracked vehicles.

To compensate, Engesa developed a rather rugged hydro pneumatic independent suspension system that allowed the wheels to travel as much as 30cm – compared to other vehicles of such type, that’s a lot. As a result, the ride in the Sucuri was very smooth, allowing the vehicle to actually fire even when traveling quite fast. This system gave it a massive advantage over competing designs, but it still wasn’t enough because by 1987 when the EE-17 was introduced, the gun was already considered to be a problem. 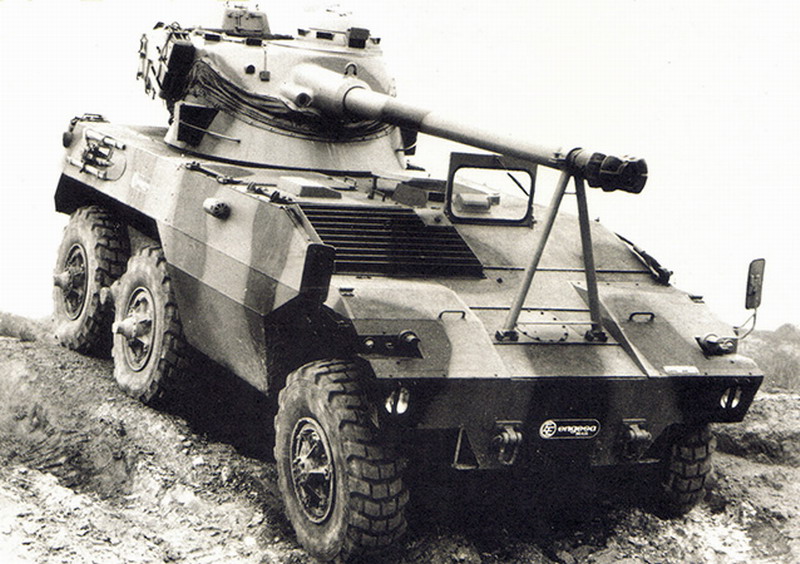 Simply put, the turret system and the weapon itself were obsolete. They were around since the late 1950s and while the once mighty cannon could still dish out some serious punishment, its kinetic or HEAT rounds were, even with after-market upgrades, not powerful enough for what the Sucuri was intended to do – slug it out with export T-72s. Additionally, an oscillating turret such as the FL-12 could not be overpressured – a flaw inherent to its design.

As a result of these considerations, it was decided to replace the turret system with something a bit bigger – a larger turret housing a more powerful gun. This variant was called EE-18 Sucuri (sometimes Sucuri II)

The new turret was a three-man design by Engesa, derived from its earlier variants. It was equipped with a 105mm rifled OTO Melara 105mm L/52 rifled gun, the same weapon that was used on the OF-40 – unlike on the OF-40, however, the gun was fully stabilized. It was, however, also manually loaded, hence the three-man turret – the loader was sitting on the left side from the gun while the commander and gunner on the right side (the gunner first and the commander slightly above and behind him). Both the gunner and the commander had day and night sights at their disposal.

The gun could fire standard NATO 105mm ammunition (including HESH) and was fitted with a laser rangefinder and a rather advanced digital FCS, allowing the vehicle to fire accurately on the move – an important trait when exploiting line breaches thanks to its high speed. The vehicle carried 30 rounds of ammunition – 8 in the turret and 22 in the hull. The gun could elevate to +15 degrees and depress to -6 degrees.

A larger turret, a larger gun and one more crewmember naturally meant more weight. In this case, the weight increased to 18.5 tons – to compensate, a 380hp Scania diesel variant called DSI-11 was used, resulting in performance comparable to the EE-17.

The vehicle could be further enhanced based on customer’s wishes with things such as:

And several others. Alas, no orders ever came due to a combination of reasons that could be summed up into “it came at a bad time”. 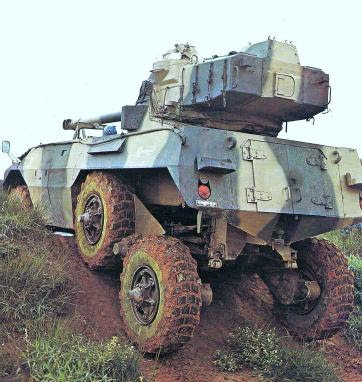 There was the Gulf War that deprived Engesa of its biggest customer, Iraq (due to the arms embargo imposed). Then there were the United States themselves – the anti-Iraqi alliance, firmly controlled by American interests, decided to buy American – at a discount. Engesa could never match the American dumping prices, but the third and final blow came in the form of the end of the Cold War and the subsequent flooding of markets with surplus equipment that was often available for the price of scrap metal.

Engesa found no customers for the EE-18 and, having invested practically everything into the ill-fated Osório MBT project, struggled for several years until finally it went bankrupt in 1993, leaving behind a legacy of excellent AFVs (some Cascavels are still in service) and a warning that even the largest companies can be brought down by a series of unfortunate events.

But even though the Sucuri wasn’t successful in real life, it will live once again as a Tier 6 Tank Destroyer in Armored Warfare. While it will be a fairly standard Tank Destroyer for its Tier, it will have one interesting ability – thanks to its special suspension, it will have excellent off-road properties and will be able to go through even some terrain other wheeled vehicles can’t enter, making it a deadly ambusher.

We hope that you’ll like it and will see you on the battlefield!