Today’s the right time to unveil the second of the upcoming Oscar Faraday vehicles – the M113 Hellfire.

Those of you familiar with military aviation know of the Hellfire, of course – a powerful anti-tank guided missile, usually launched from attack helicopters. But, in the late 1980s, someone had an idea – let’s mount the Hellfire on an M113 chassis.

Simply put, the goal was to increase the anti-tank capabilities of mechanized infantry formations that were equipped with M113 APCs. There was the Bradley with its TOW missiles, but when facing potential hordes of Soviet tanks, one can never have enough ATGM launchers, especially when you are able to fire multiple missiles without having to reload.

Enter the Hellfire. Manufactured from 1982, the AGM-114 missile quickly became a staple of American helicopter anti-tank firepower, ultimately proving its worth during the Gulf War.

The initial model was called AGM-114A and, despite lacking a tandem warhead, it was more than capable of taking out pretty much anything due to its sheer size (180mm caliber, 45kg weight, 6kg of which was the warhead alone). It could penetrate approximately 800mm of armor and, when fired from a helicopter, it had a range of 8 kilometers. Its flight speed was 445 m/s. The missile was a beam rider – the target had to be “painted” with a laser in order for it to lock on it. The Hellfire has seen numerous upgrades (most notably the Hellfire II from the 1990s) and is currently still in service.

Let us, however, return to the late 1980s. In 1989, a company called Electronic and Space Corporation (ESCO) developed and produced a prototype turret that could be fitted on multiple vehicles, including the Bradley and the M113. The turret consisted of a manned module (two men – commander and gunner) with a laser designator (of the existing type used by the U.S. Army and the U.S. Marine Corps) and eight AGM-114 Hellfire launchers that could be fired one at a time. Two missile types were considered:

The latter was an upgraded version of the original Hellfire with roughly the same properties, but one major difference – it had a tandem warhead, so it could penetrate 800mm of armor after defeating ERA. It was, naturally, also a bit heavier. Twenty more missiles would be carried inside the hull where the troop compartment used to be.

Being made of aluminum, the turret (much like the hull) only offered basic small arms protection. Against enemy troops, it had little to offer in terms of defense except for a battery of smoke grenade launchers and a 12.7mm machinegun.

Much like Oerlikon-Contraves’ ADATS, ESCO’s Hellfire turret was a private enterprise but, in this case, there would not be a happy ending. A single prototype was built and mounted on an M113A2 chassis with improved suspension.

The prototype was tested by the U.S. Army but the dissolution of the Soviet Union would ultimately doom this project along with many other ones. This, plus multiple other cancelled defense contracts, would get ESCO into a lot of trouble financially – trouble that the company would only gradually overcome in the 1990s by moving away from the military sector to a civilian one.

Fortunately, the company managed to diversify its portfolio enough to survive and is alive and well to this day. As for the prototype – it ended in the Heartland Museum of Military Vehicles near Lexington, Nebraska, where it is being cared for by a squad of volunteers. 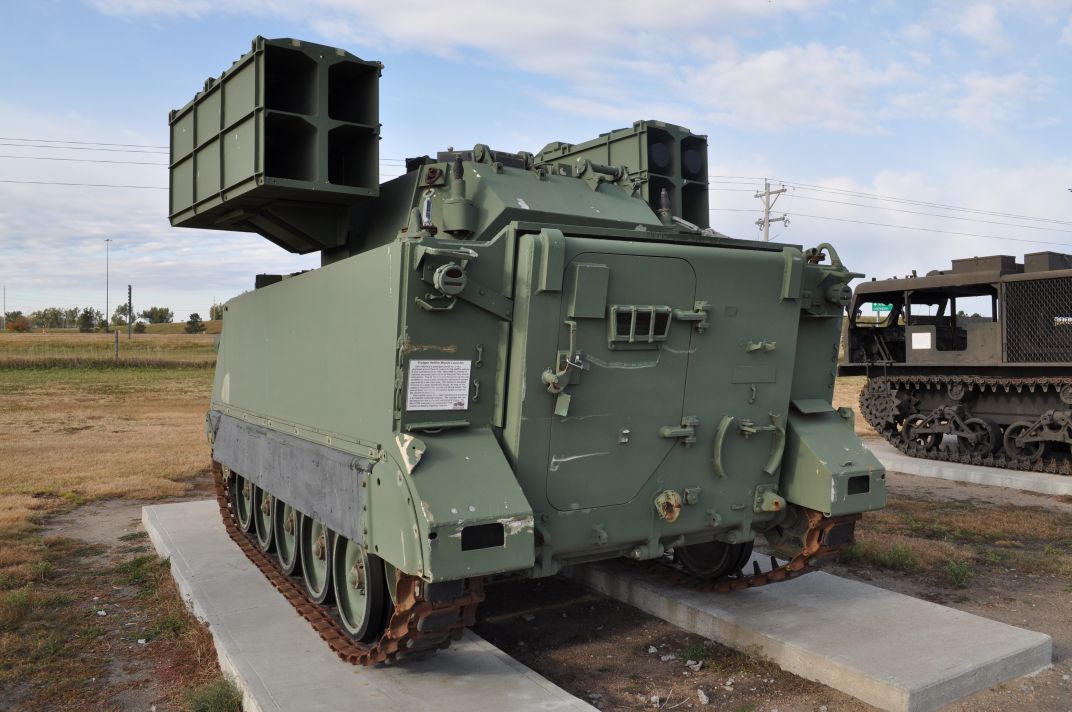 In Armored Warfare, the M113 Hellfire will be a Tier 9 progression Tank Destroyer, roughly resembling gameplay-wise another vehicle that is already in the game – the AFT-10 Tier 10 Tank Destroyer.

In other words, it will be an unarmored tracked TD with average mobility, capable of launching devastating salvos of guided missiles, compensating for its lack of both armor and an active protection system. What this means is that the vehicle will require significant skill to be effective (you’ll have to wait for the right moment to release your missiles) but, in the hands of an experienced player, it will be absolutely murderous.

We will arm the M113 with three types of Hellfire missiles:

That way, only truly dedicated Hellfire players will unlock its full potential, which will include reducing the time between shots from 2.5s to 1s at the cost of full magazine reload (this upgrade is intended for very skilled players who can time their salvos just right).

These numbers are, however, very preliminary as the vehicle has not been properly tested. They are sure to change and should only be discussed as an indicator of how we’d like to set the vehicle up.

We hope that you’ll enjoy it and will see you on the battlefield!

Learn more of the upcoming features that will help you to recruit the best members for your Battalion!