As you already know, Update 0.32 will be a part of the Spirithaven season with its main feature being the Engima’s Legacy Battle Path campaign. That’s, however, not all that it’s bringing. In this update, we’ll be introducing a number of updates and improvements to the Mechanized Infantry feature and today we’d like to tell you more about some of them.

The first feature and probably the one most noticeable at first glance feature we’ll be introducing will be the updated model animations of all the vehicles that carry Mechanized Infantry. Simply put, these vehicles will now have animated doors that will open with the troops disembarking realistically, the way they do in real life. Take a look at this small demonstration:

All the vehicles with Mechanized Infantry – more than thirty 30 of them – are getting this upgrade. Not only will this change make the battlefield look more realistic, but it’s also tied to a lot of other model tweaks, checks and improvements.

Another thing that we wanted to do that’s related to the Mechanized Infantry feature is the update of some Commander skills in order to provide bonuses to Mechanized Infantry. However, instead of introducing a new Commander and making some other less popular commanders even more obsolete, we’ve decided to update one of the existing Commanders – Viktor Kirsanov – with a series of skills that will affect Mechanized Infantry. The upper left corner of his skill field will be overhauled to accommodate those and the commander will also become available for unlocking from the BMP-1 and BMD-1 AFVs. 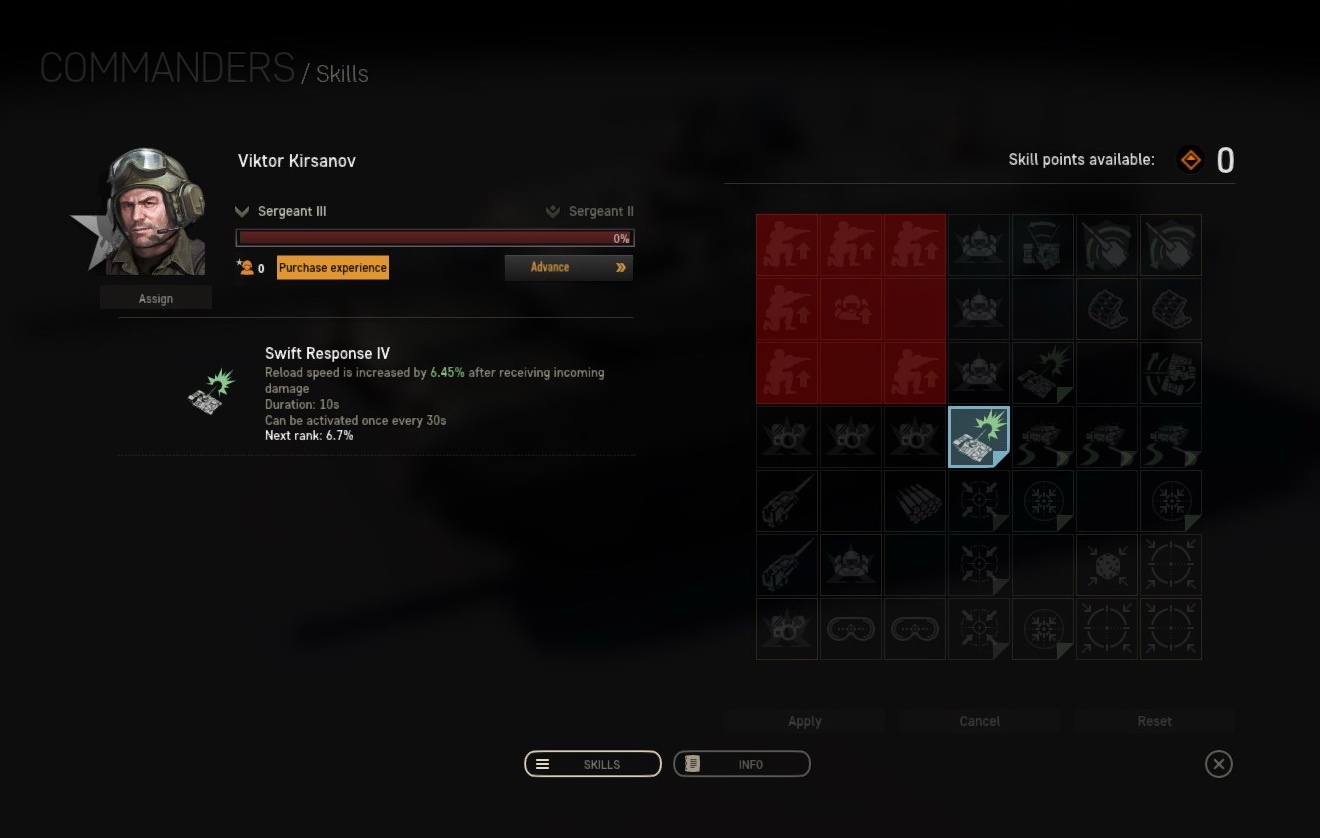 And last but not least, we’ll be introducing a number of Infantry-related changes and fixes in the future, throughout the rest of the Spirithaven season:

Please note that since the Infantry Command mechanics are planned to arrive at a later date after the launch of Update 0.32, we’ll tell you more about them in a separate article when the time is right. But until that time: