Today, we would like to show you another one of the three additional progression vehicles that will be introduced after the launch of the Spirithaven season – the AS21 Redback. 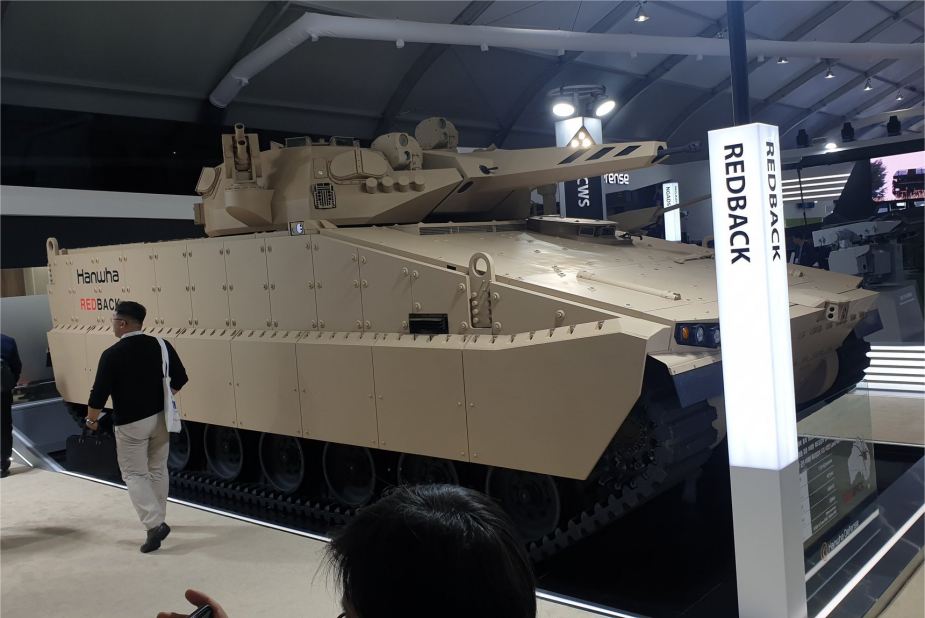 The AS21 Redback is a South-Korean modern export IFV prototype, designed specifically for Australia’s LAND 400 Phase 3 program to replace the aging M113AS4 APCs in Australian service by 450 modern, well-protected IFVs.

Australia has sought to replace its older vehicles with something more modern. When the contest was announced back in April 2018, the South-Korean Hanwha Defense company, responsible also for the K21 IFV, saw the opportunity to show the world what it was truly capable of and applied with an IFV proposal named AS21 Redback. The designation does have a meaning: AS stands for Australia and the name Redback refers to the venomous Australian Redback spider that is one of the few spiders that can actually kill a human with the neurotoxins they produce (the fact that it also considers houses great places to settle in does not help either, but I suppose that’s Australia for you).

The truly interesting part of the designation, however, is the number 21 – it seems that the marketing department of Hanwha tried here to refer to the excellent reputation of the K21 IFV. Plenty of sources also mention that the vehicle is closely based on the K21, but it’s not really true – the Redback is likely only very loosely based on the abovementioned vehicle (possibly using some of its components) and is more or less an offshoot of the K31 program, which is in fact the program to develop K21’s future replacement. Unlike the other LAND 400 Phase 3 program competitors, it was designed specifically for Australia, giving it quite an advantage.

The vehicle was first mentioned during the 2018 Ground Forces exhibition (pointing to a rather rapid development process) while the first prototype was unveiled in October 2019, but we’ll get to that. Let us first take a look at the vehicle’s characteristics. 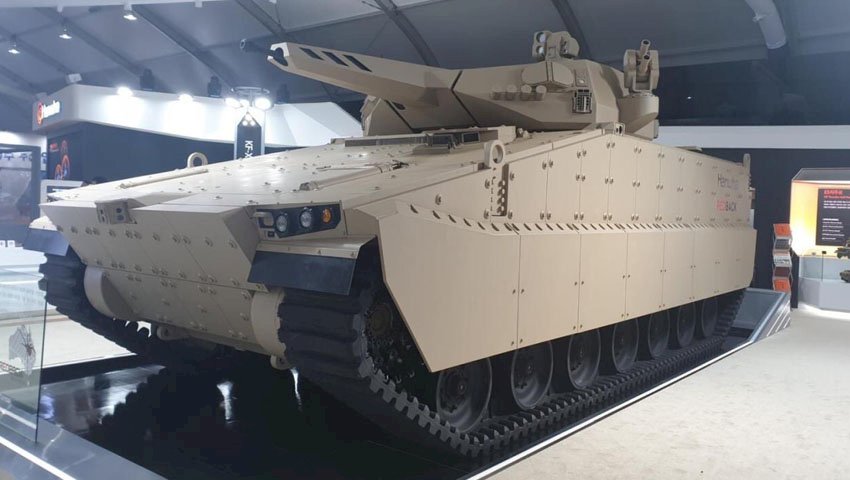 The Redback IFV weighs 42 tons (of which 6 tons go to the turret), has a crew of three men (commander, gunner and driver) and can carry 8 troops in the back. As for its protection level, it is likely quite good as the sheer weight of the vehicle suggests. The basic hull protection level without any additional armor is STANAG 4569 Level 2 (protection versus 7.62mm AP bullets) and is made of steel (unlike K21’s aluminum armor). However, images of several variants were shown, which include:

In other words, everything points out to this vehicle being tough as nails, just the way the Australians like it. We’re likely looking at something along the lines of STANAG 4569 Level 6 with the additional armor installed, which would make it impervious to most Chinese and Soviet 30mm autocannons, at least frontally.

Nor much is known about its mobility, save for its maximum speed of 65-70 km/h (35-40 km/h off-road) thanks to its MTU 881 Ka-500 diesel engine. The engine is mounted in the front of the vehicle. The suspension is similar to that of the K21 IFV and the operational range is around 520 km. 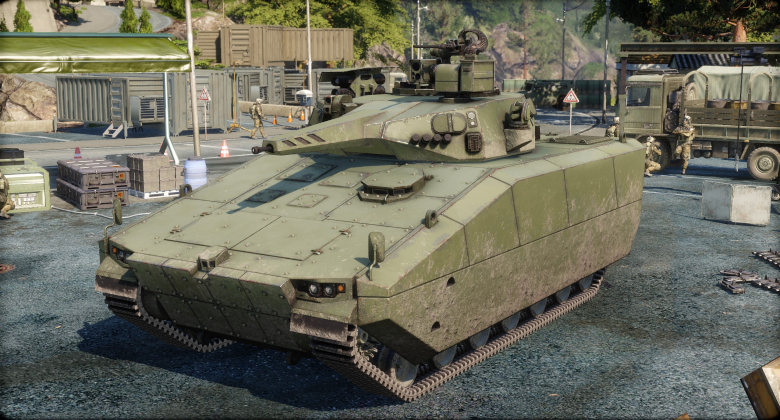 The T2000 manned turret of this vehicle carries two primary weapon systems – an integrated Spike-LR2 launcher (which can elevate, release its deadly payload and depress back into the turret) and a 30mm cannon called Bushmaster Mk.44S that can use various types of ammunition (even programmable). It’s worth noting that Hanwha states the weapon system can be upgraded to a 40mm cannon or Bushmaster Mk.3 35/50mm cannon. The Bushmaster Mk.44S autocannon has the following characteristics:

The commander has a set of panoramic sights at his disposal that can be installed independently or as a part of the EOS R400S Mk.2HD weapon system. Additionally, Hanwha is offering its excellent Battlefield Management System as a part of the deal.

As you can see, Hanwha decided to closely cooperate with the Americans (the EOS company) and the Israelis (Elbit’s IronVision and Iron Fist systems) to maximize its chances.

As was mentioned above, the first prototype was unveiled to public in the October of 2019, but one month earlier, in September 2019, the LAND 400 Phase 3 contest was narrowed down to two competitors – the Redback and Rheinmetall’s KF41 Lynx. There were two other contenders, but both were disqualified – the AJAX platform by General Dynamics Land Systems (because it was considered unsuitable for the use by the Australian military) and the CV90 by BAE Systems (because it was too expensive). 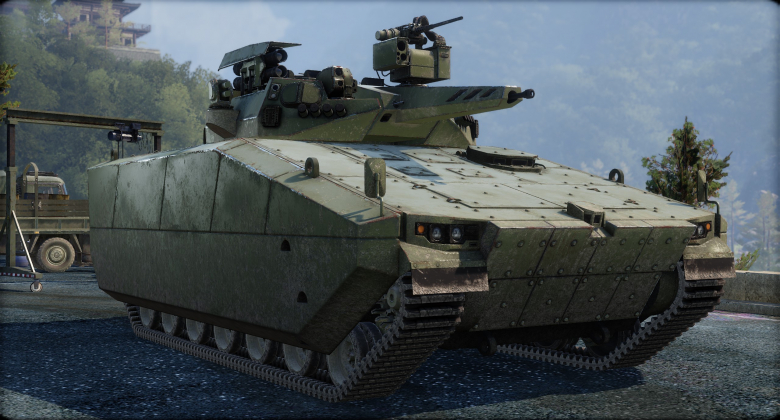 One more potential contender was also discussed – it was the German PSM company with its Puma IFV, but PSM decided not to participate.

As the next step, the Australian Ministry of Defense signed (or will sign) a contract with both companies to produce three prototypes each for extended testing until the autumn of 2020. This phase is called Risk Mitigation Activity and is likely to last until late 2021, at which point the winner of the massive 10 billion USD contract will be declared. In this clash, Rheinmetall has a bit of an advantage – the wheeled Boxer IFV by the same company was already chosen as the winner of the Phase 2 contract (for an armored recon vehicle).

But one thing is for sure – Hanwha won’t give up without the fight. Both companies have already pledged to include technology transfer and offsets in their contracts – if Rheinmetall wins, the Lynx is planned to be produced in Ipswitch, while the Redback production is planned to take place in Geelong, south of Melbourne. The winner will likely achieve the IOC status (vehicles deployable in their very basic form) by 2024-2025 and the FOC status (full operational capability) in the early 2030s.

Interestingly enough, the outcome of this program may influence another major contract for the Australian Army called LAND 8116 for 30 new 155mm Self-Propelled Guns, in which Hanwha’s K9 Thunder is competing against Rheinmetall/KMW’s Panzerhaubitze 2000.

In Armored Warfare, the AS21 Redback will be a Tier 9 progression Armored Fighting Vehicle that will be unlockable from the Harimau Tier 8 Light Tank and will be one of the two vehicles on Tier 9, the other being the K-153C. 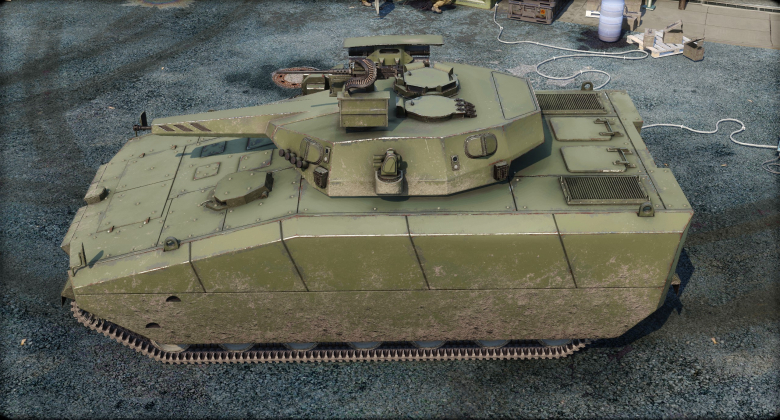 Gameplay-wise, it will, however, be a complete opposite to it – where the K-153C will be a light, nimble four-wheeled AFV, the AS21 Redback will be a rather heavy tracked IFV with emphasis on protection.

Indeed, when it comes to the AFV class, its armor will only be second to the T-15 Armata heavy IFV. In addition to that, the vehicle will have the Iron Fist APS available.

The mobility will, on the other hand, be only average. The Redback will be powered by a 1000hp MTU diesel engine, yes, but will, at the same time, weigh 42 tons, which means that agility and acceleration will not be its strong suit. It will not be a total slouch either, but maximum speed (64 km/h) or acceleration (0 to 32 km/h in 3.76s) will not be what this vehicle will be all about.

What it will be about, though, is – apart from protection – also its firepower. It will feature two weapon systems:

The Javelins you are, of course, already familiar with – these top-down missiles will ruin the day of anyone who gets in Redback’s sights. The Redback will feature two of those missiles, which will be possible to launch in relatively rapid succession (3 seconds between shots, followed by a longer reload period). 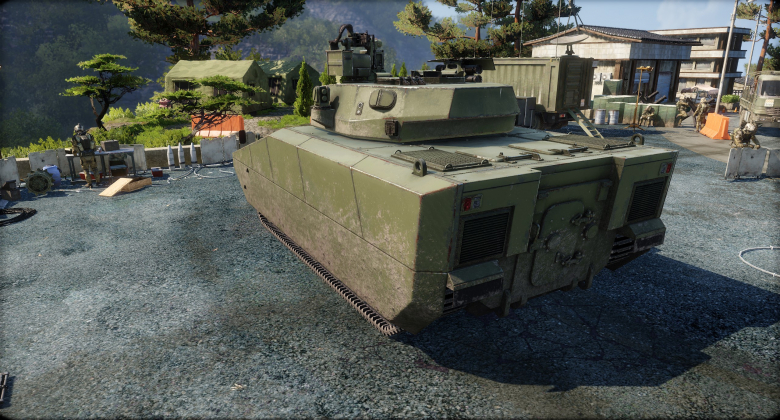 The autocannon, though, will feature several popular elements you know from other vehicles:

And, last but not least, the AI Target Assistant feature that is already available on the Type 16 MCV Tier 7 Tank Destroyer. This ability will work both in automatic and manual aiming modes.

In the automatic mode, normally, marking targets with right click will automatically aim your gun at the center of the target and keeps it locked there. In addition to that, the Redback autoaim will also “lead” the target – if the target is, for example, moving from right to left from the Redback gunner’s point of view, the gun will aim ahead of the target so that when the trigger is pressed, the shell will fly towards where the target is going to be at the time it will cross its trajectory. In the manual mode where you control the gun, you will see a marker indicating where to aim to hit the target moving on its current trajectory. 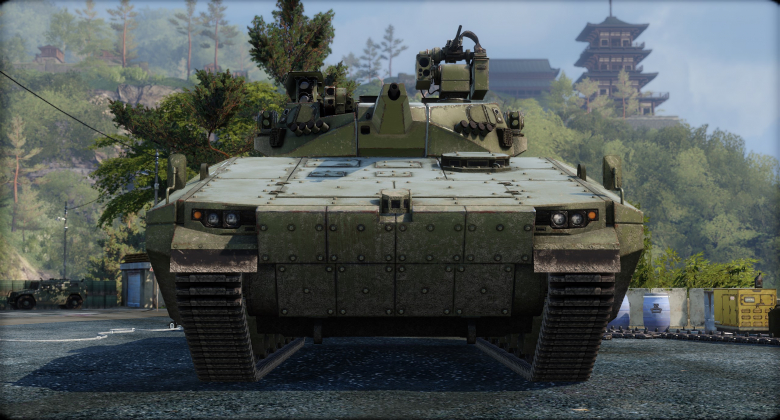 The AS21 Redback will also be able to carry Mechanized Infantry. The downside to this vehicle (apart from the abovementioned average mobility) will be its poor stealth – even though it will feature a module reducing the effectiveness of enemy thermal imagers, such a large vehicle is simply too conspicuous to hide easily.

In summation, what we will have here will be more akin to the Leclerc T40 than a scout AFV. With its good armor, firepower and advanced electronics allowing it to spot its targets on time, it’ll be quite a destructive vehicle and a good option for the players who prefer to protect themselves and deal some damage rather than play hide and seek with their opponents.